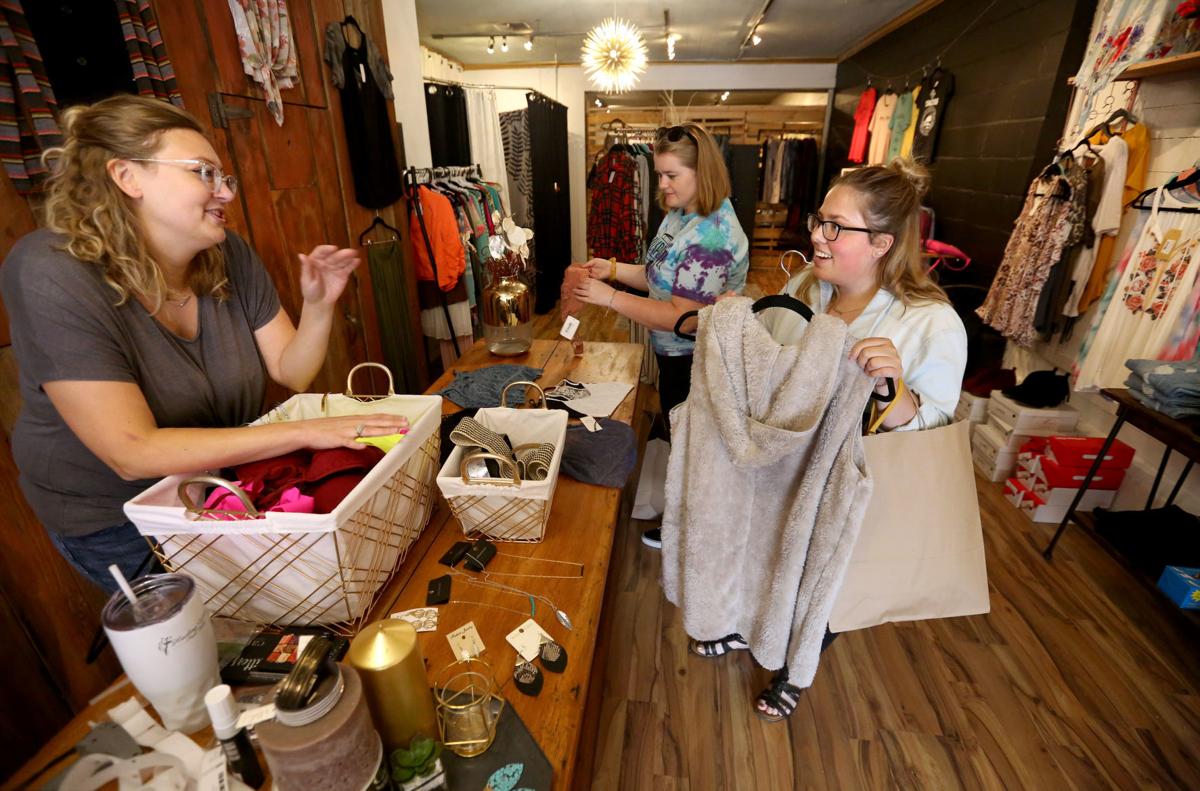 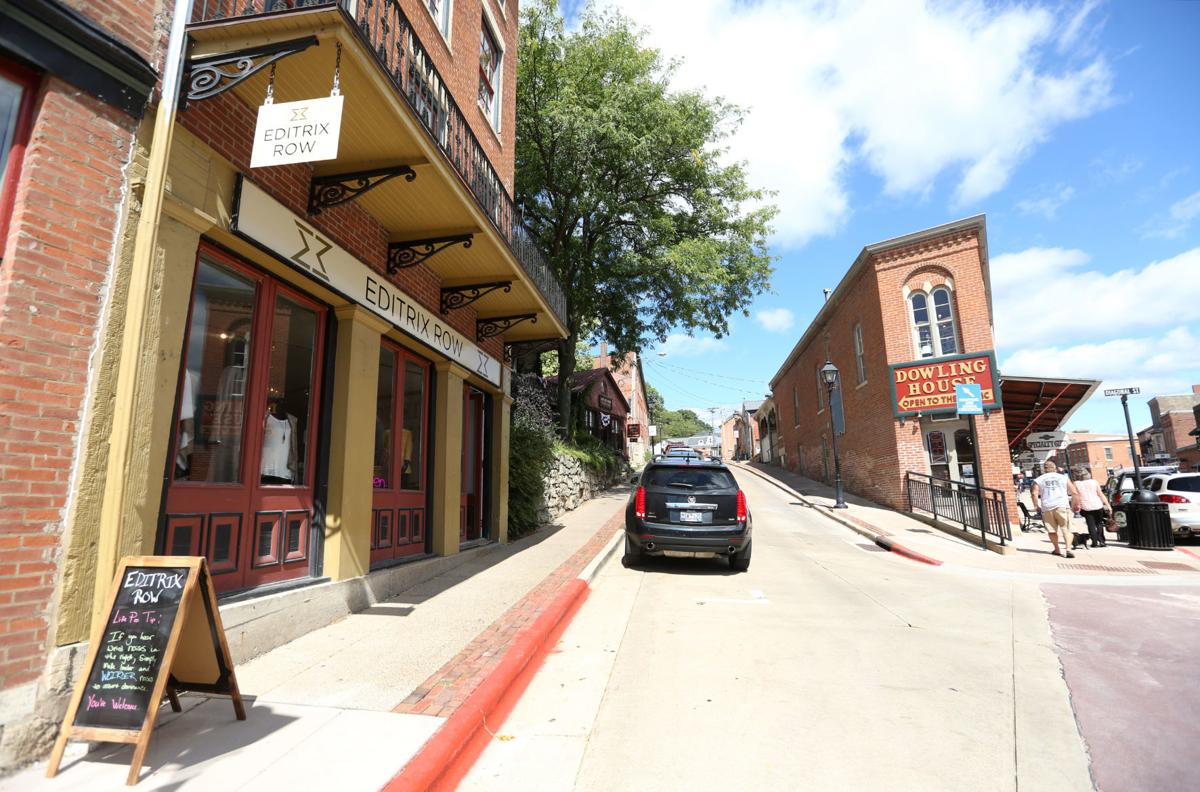 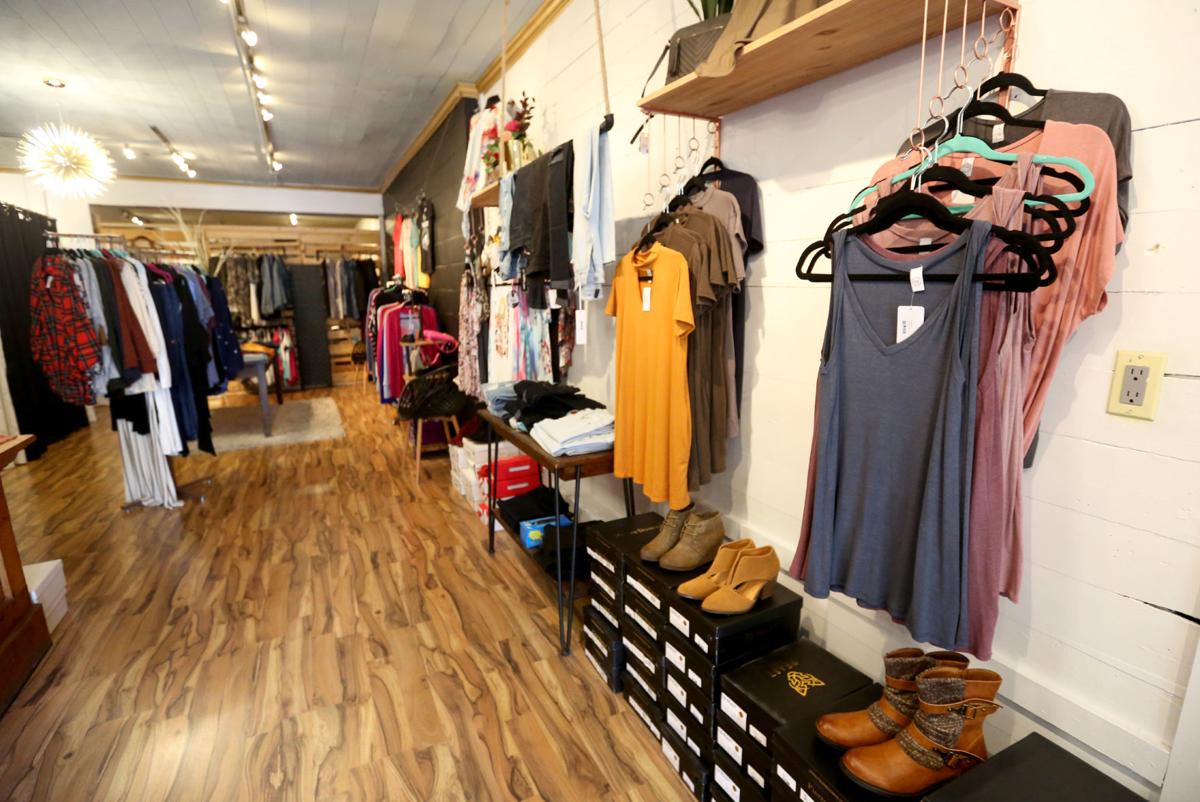 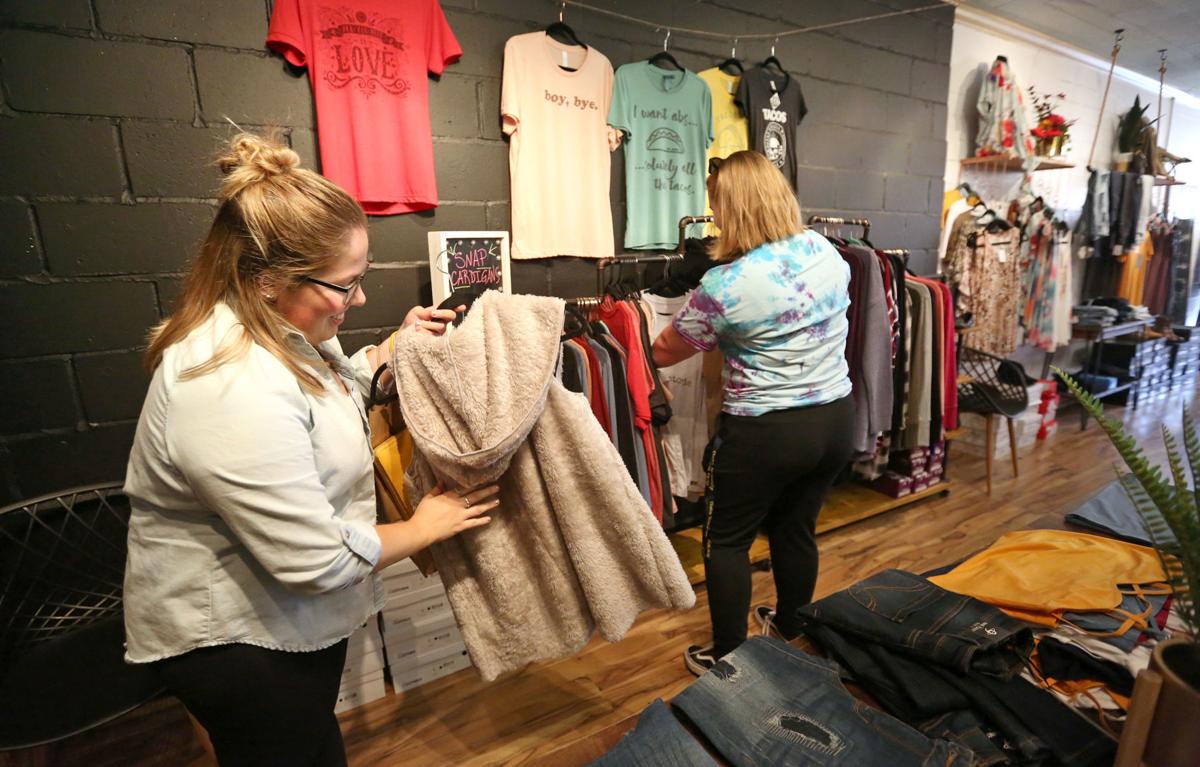 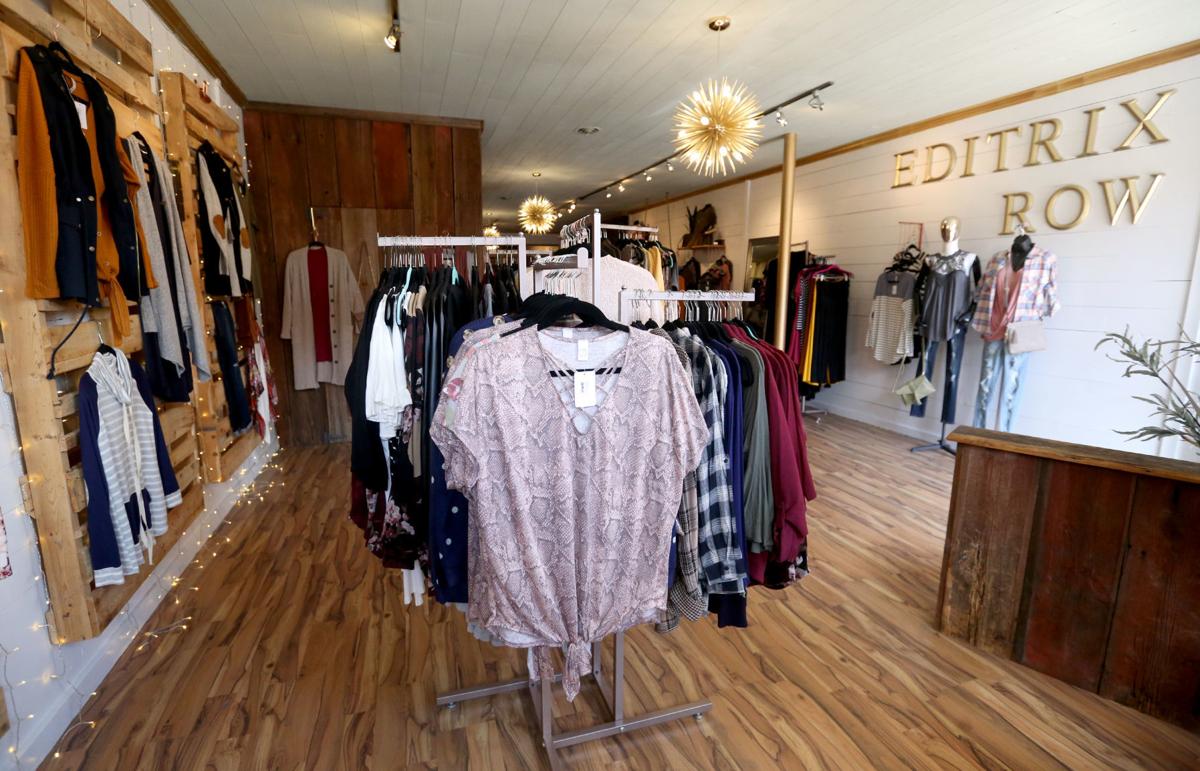 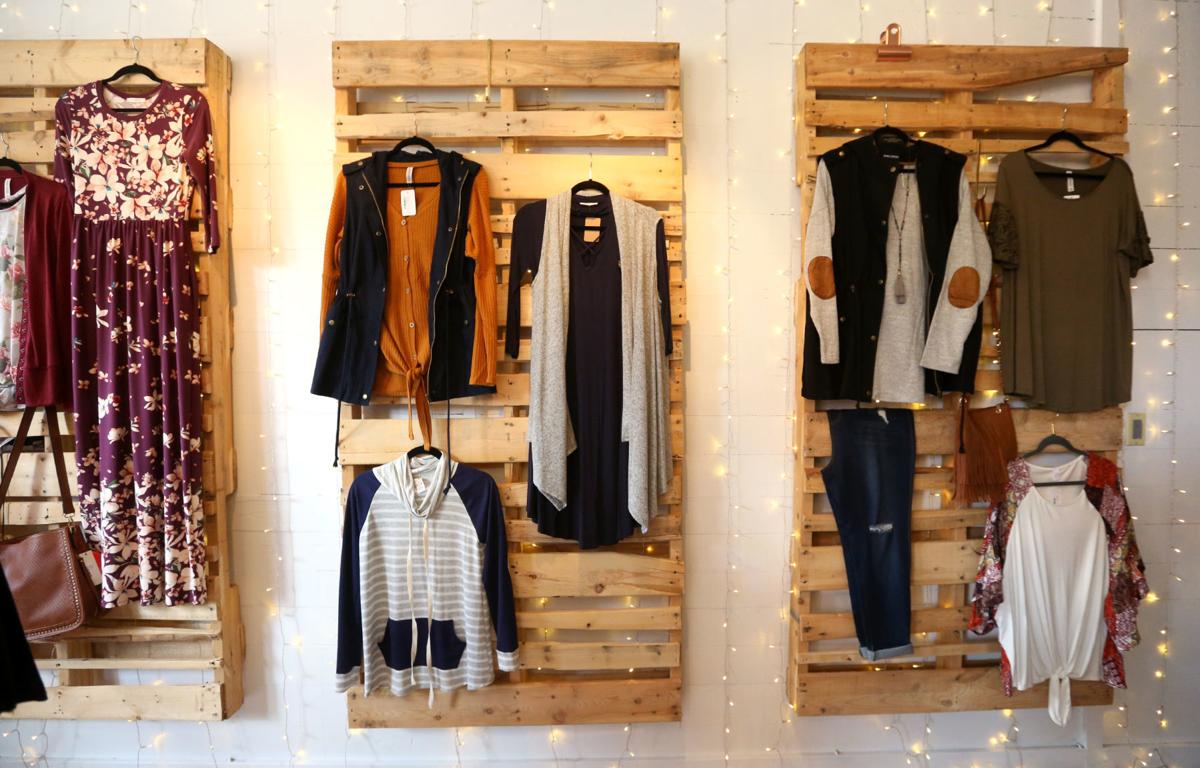 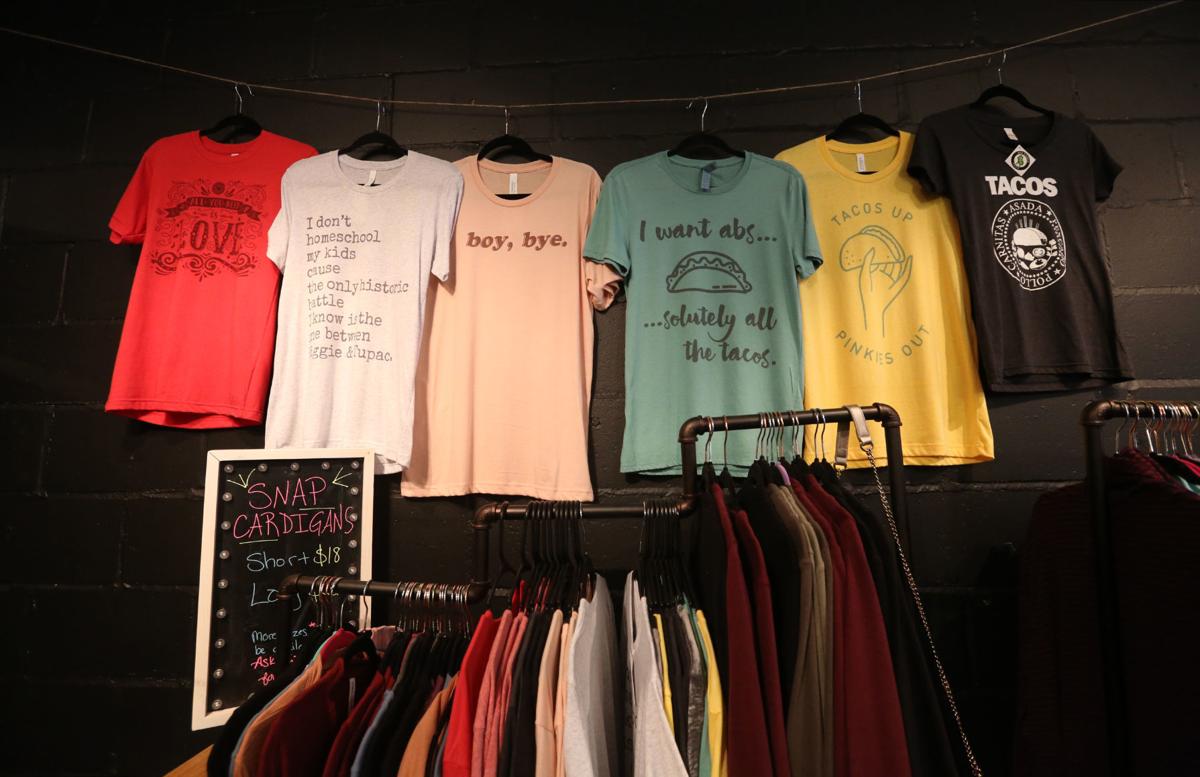 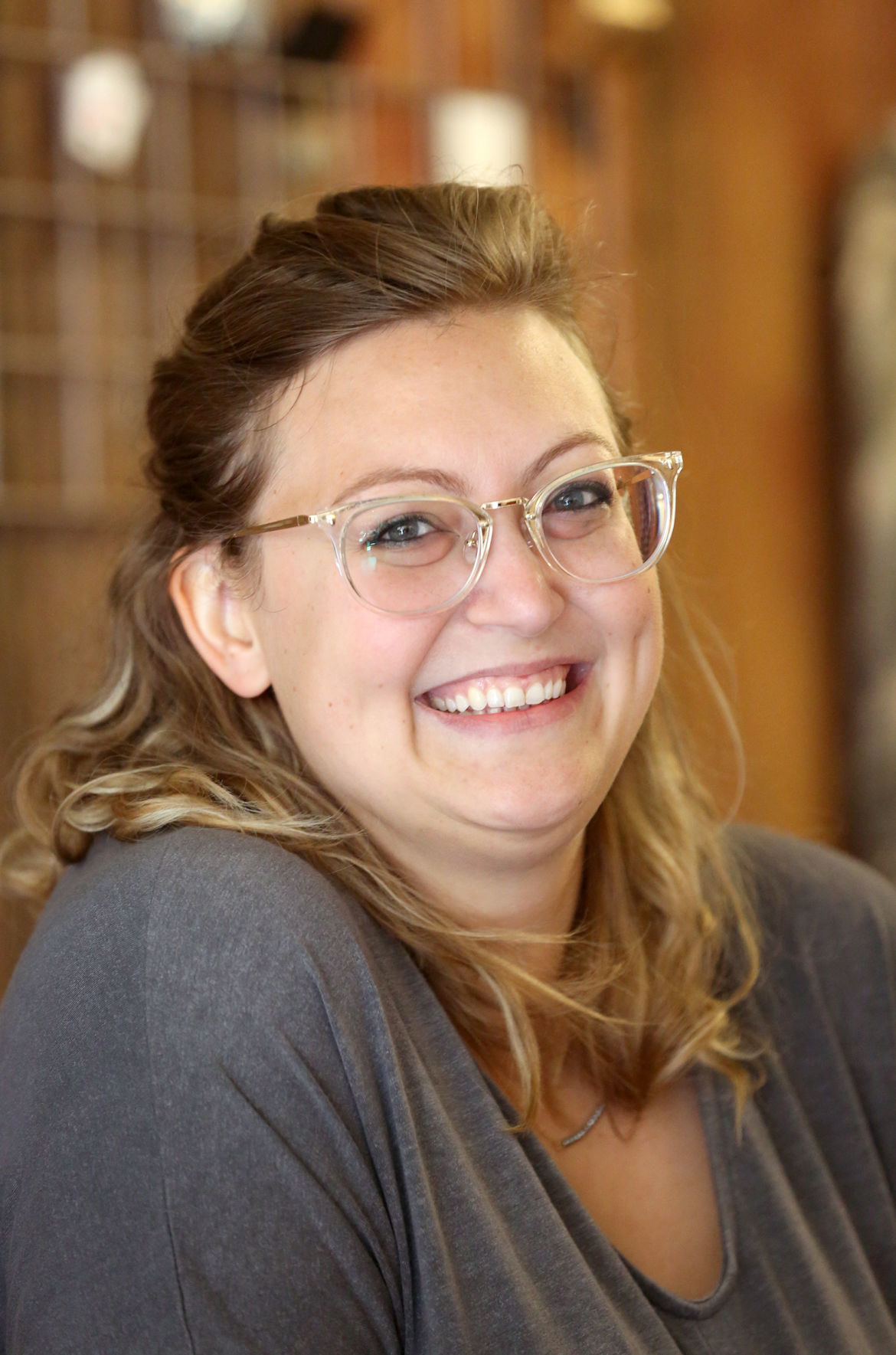 GALENA, Ill. — Just months after opening its doors in Galena, a women’s clothing boutique is appealing to new demographics and plotting a sizable expansion.

Editrix Row opened a brick-and-mortar location at 214 N. Main St. in February, according to owner Marisa Linn. The business sells women’s clothing in a wide variety of sizes, as well as shoes, handbags, jewelry and other accessories.

Linn started the business as an online-only operation about three years ago. The company’s consistent growth left her at a crossroads.

“I was running this business and still working my day job and eventually I realized I had to choose one or the other,” she recalled. “I decided to go for it and open this location.”

Linn hopes to fill a niche in Galena by offering “trendy and contemporary” clothing, which she said was in short supply in the city. Clothing for “curvy” women was “virtually nonexistent” in Galena before her business’ arrival, she added.

High demand for these larger sizes has been the main driver behind a planned expansion.

Editrix Row is renovating a large portion of its first floor — which is currently used for storage — in hopes of adding fitting rooms and doubling the selling space. The expansion should be complete at some point this fall.

Linn’s decade of experience in the fashion industry influenced the name of her business. While attending fashion shows, she observed that there was always an “editrix row” – a group a fashion magazine editors that sat off to the side of the runway.

She figured that term applied to her store’s Galena location, which is situated on a portion of Main Street that curves upward toward Diagonal Street.

“We’re kind of off the beaten path, off to the side a bit, but we have a lot to say about fashion,” said Linn.

END OF AN ERA

An optical center in Epworth, Iowa, will close its doors at the end of the month, marking the end of a 27-year run for the small-town business.

Cox began his career in the optical industry in 1973. He opened his Epworth business in 1992.

The closure of Cox Optical will not mean the end of its owner’s career.

On Sept. 30, Cox will begin working at Hartig Optical in Dubuque, where he will serve as an optician. He noted than any eyeglass warranties from Cox Optical still will be honored at Hartig Optical.

A pet-grooming business and a fitness center in Shullsburg, Wis., are forging a unique partnership.

Customers at The Shag N Wag Pet Salon & Training now can work up a sweat at Shullsburg Community Health & Fitness for $5.

“Eighty-five percent of our clientele comes from out of town, and there is a one- or two-hour turnaround (for grooming),” she explained. “Most people want to stay in town and pick up their pet after the service is concluded. This gives them another thing to do.”

Christopher opened her business in 2012. In addition to grooming services for dogs and cats, Shag N Wag provides behavioral consultation and obedience classes for canines. The business recently moved from its original location on Water Street to a larger space at 106 Wisconsin 11.

Christopher said it is possible that the cross-promotion is the first of its kind.

“I haven’t seen anything similar in other towns, with a groomer and fitness center,” said Christopher. “But these days, I know people want to stay active and healthy.”

She anticipates the promotion will gain even more traction come winter, when customers are less likely to work up a sweat by walking outdoors.

“I think it will help spread the word, especially among those who are visiting from outlying communities,” she said.