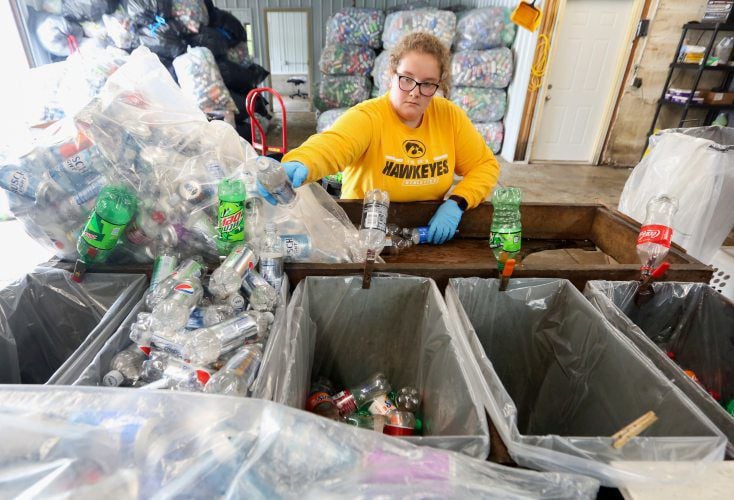 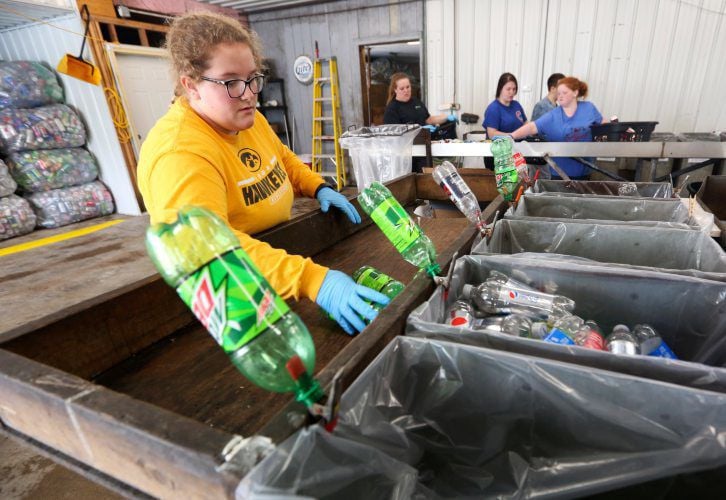 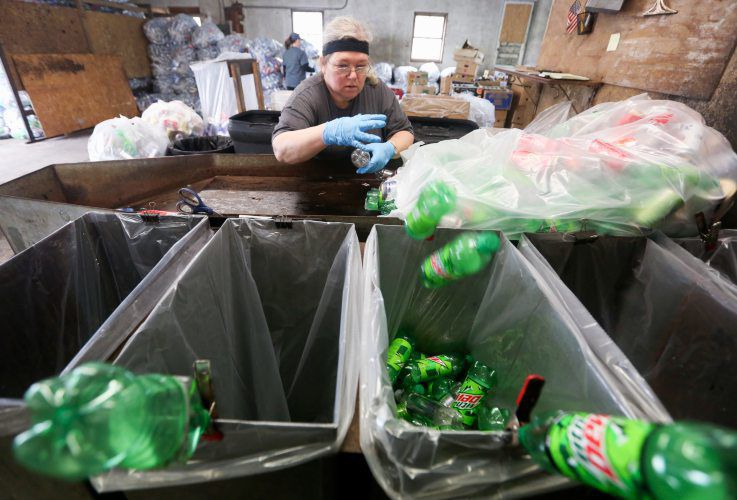 Deb Vorwald sorts bottles at Merkes Redemption in Dyersville, Iowa, on Friday, May 22, 2020. 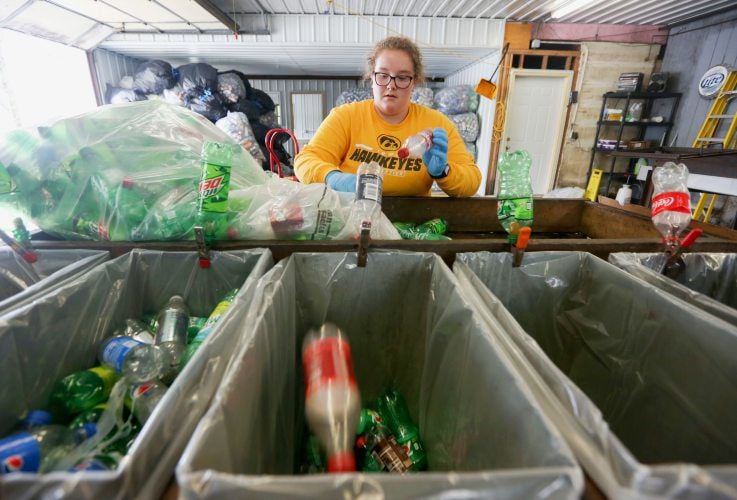 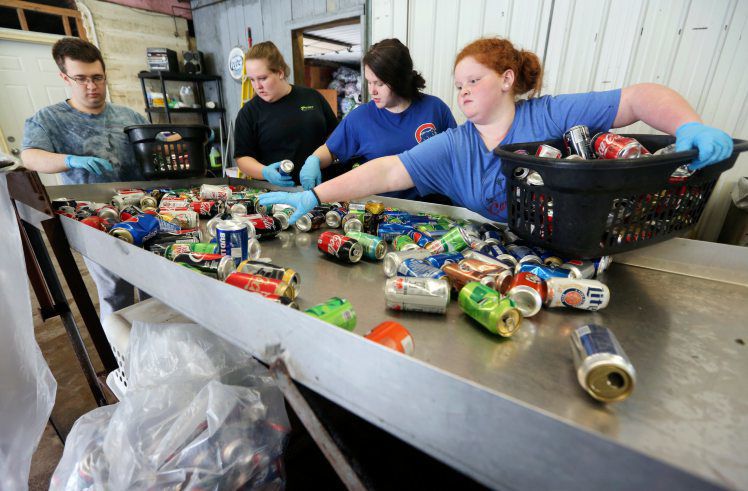 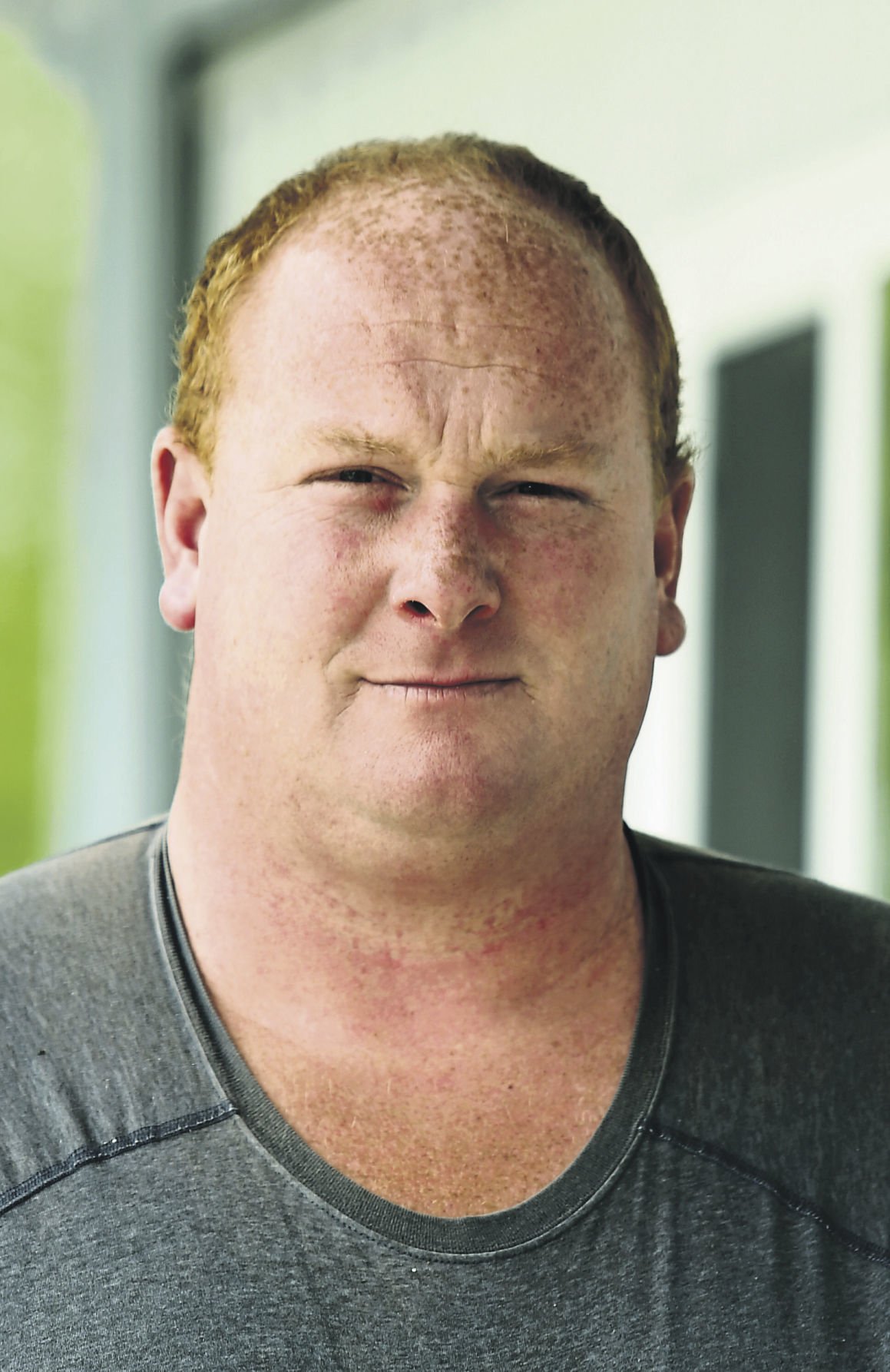 Deb Vorwald sorts bottles at Merkes Redemption in Dyersville, Iowa, on Friday, May 22, 2020.

DYERSVILLE, Iowa — For about a year and a half, Alan Becker has been stockpiling garbage bags filled with empty cans on his farm outside Dyersville.

Usually, when the bags began to pile up, he would swing by the local redemption center and drop them off. But when it closed to the public after it failed to employ enough staff to keep up with the endless workload, he stopped bringing them by.

Becker knew he had the option of driving to centers in nearby cities or the local Fareway but felt inconvenienced by long drives and wait times.

“You have to make a special trip for something like that,” he said. “I know Monticello takes them, but you have to have their specific white bags.”

Recently, the city’s redemption center has changed ownership and is open and ready for people like Becker to drop off truckloads of cans.

Travis Merkes, the owner of Merkes Redemption Center, said he bought the facility May 1 and opened it to the public May 11.

“We have all kinds of people coming from Dubuque, coming from Manchester, and a couple people from Monticello,” he said. “We had a semi-truck load that had 330 bags.”

Merkes said he knows people are anxious to have a redemption center open to the public again where they can get rid of unwanted bottles and also receive their 5-cent per can deposit refund.

Although the current influx in customers has Merkes off to a good start, centers like Manchester’s and others throughout the state have shuttered in recent years as the 1-cent handling fee paid to centers has failed to budge in 42 years.

Iowa Rep. Andy McKean, D-Anamosa, said he has spent the past few years working on a bipartisan bill to raise the penny fee put in place when the state’s Bottle Bill passed to 2 cents.

“One of the most important pieces that needs increasing is the handling fee,” he said. “The result has been (that) we once had hundreds of redemption centers around the state of Iowa, and quite frankly, they can’t keep afloat because they can’t pay their expenses.”

Since the Bottle Bill was passed in 1978, container litter has been reduced by about 77%, according the Iowa Department of Transportation.

If the handling fee can be increased to 2 cents, it will not only allow more centers to open and employ more people but keep bottles out of the ditches and give grocery stores the opportunity to stop serving as centers.

Karla Thompson, executive director of the Dyersville Area Chamber of Commerce, said the No. 1 question is: Can redemption centers like Merkes’ continue to operate with only the penny fee?

“It’s kind of a necessity business that was missed,” she said. “This is something the community needs, so I hope the community is patient and supports him.”