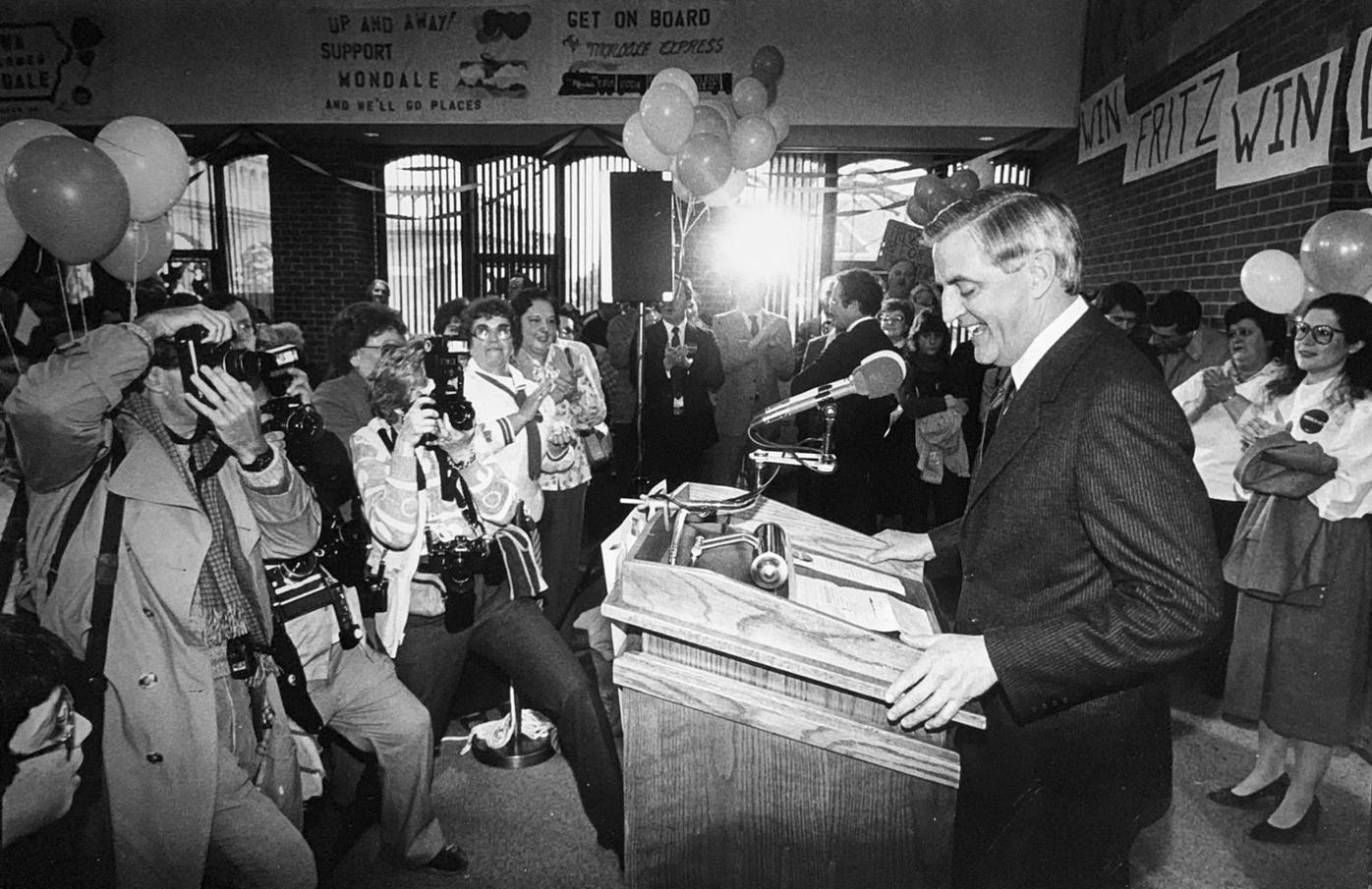 Presidential candidate Walter Mondale visits Dubuque on Feb. 17, 1984. Mondale eventually won the Democratic nomination for president that year, but he lost to Republican President Ronald Reagan in the general election. 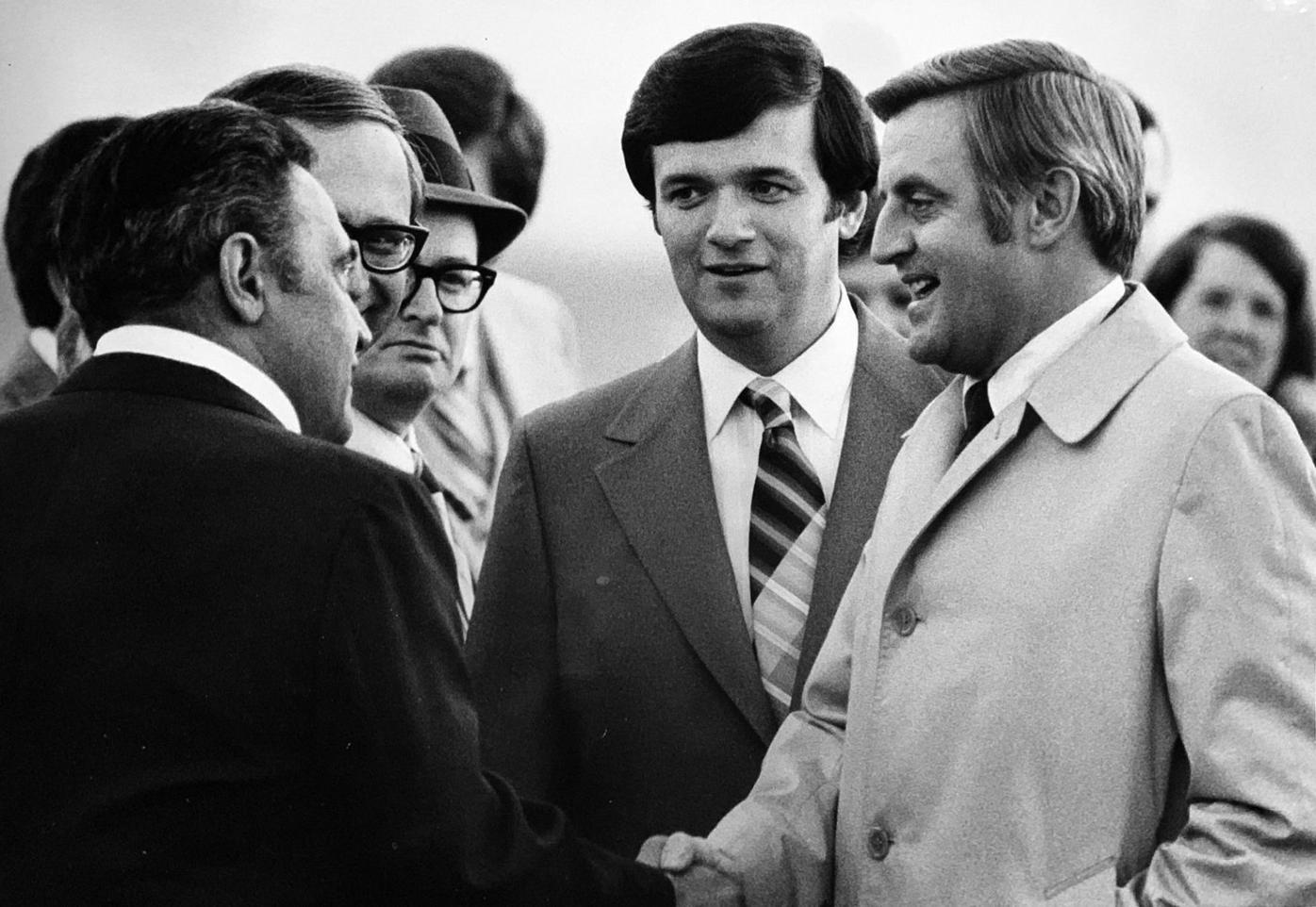 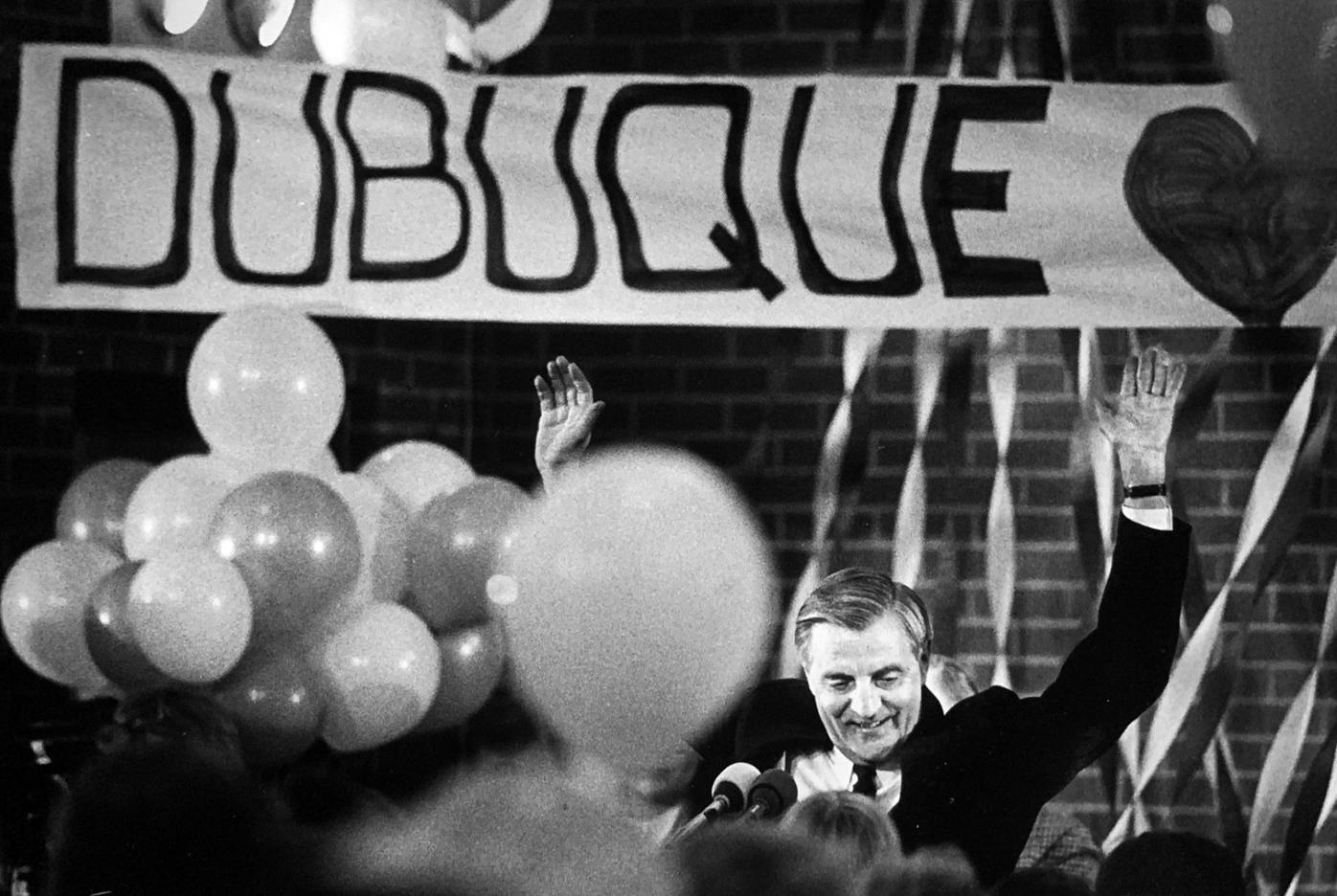 Presidential candidate Walter Mondale visits Dubuque on Feb. 17, 1984. Mondale eventually won the Democratic nomination for president that year, but he lost to Republican President Ronald Reagan in the general election.

The 42nd U.S. vice president, who died last month, was no stranger to Dubuque.

Walter Mondale, who was 93 when he died April 19, served as vice president from 1977 to 1981. He also served as a U.S. senator from Minnesota and was the Democratic Party’s nominee in the 1984 presidential election. He made several visits to Dubuque during his career, campaigning both for himself and for a local Democratic congressman.

Mondale’s campaign visits to Dubuque in January and February of 1984 paid off. He finished first in the Iowa caucuses, ahead of Gary Hart and Jesse Jackson.

Campaigning for U.S. Rep. Mike Blouin, a Democrat from Dubuque, in March 1978 was less successful. Blouin lost the congressional race in 1978 to another Dubuquer, Republican Tom Tauke.

It was in March 1978 that Mondale sat down for an extended interview with the Telegraph Herald. The vice president discussed the congressional campaign, Social Security, the energy crisis and other topics. Here are excerpts from the interview from the March 30, 1978, edition of the TH.

Mondale made that remark in an exclusive interview with the Telegraph Herald, and at the same time, he answered questions dealing with the Panama Canal, Social Security and the energy crisis.

TH: You’ve made two previous campaign stops for congressman Blouin. How did you become attached to his political career?

Mondale: Well, I don’t know. I know John Culver (Democratic U.S. senator from Iowa), and when Mike decided to run for Congress, I guess it was just natural. My wife’s been in Dubuque. I grew up just north of here. It seemed like the thing to do.

TH: How effective do you think campaign stops like this are, given the criticisms received by the Carter administration as a result of the coal strike, a Middle East situation that doesn’t seem to improve and inflation?

Mondale: Let me say that the last poll that I saw showed us going up. These congressmen (Blouin and six others) have asked us to come in because they think we can help. And I’m doing everything I can to help.

Mondale: It should not hurt him at all. The first question is, who is there who is willing to let the Social Security fund go broke, so that old folks don’t get their checks and people on disability don’t get their checks? I never heard anybody who says they would let that situation happen, nor should it.