NEWS
Facing the end: Experts say preparing for death can benefit the dying, those left behind
Love stories: On Valentine's Day, 2 local couples recount their beginnings
Testing: Contaminants from Maquoketa museum site now found in nearby groundwater
1 of 12 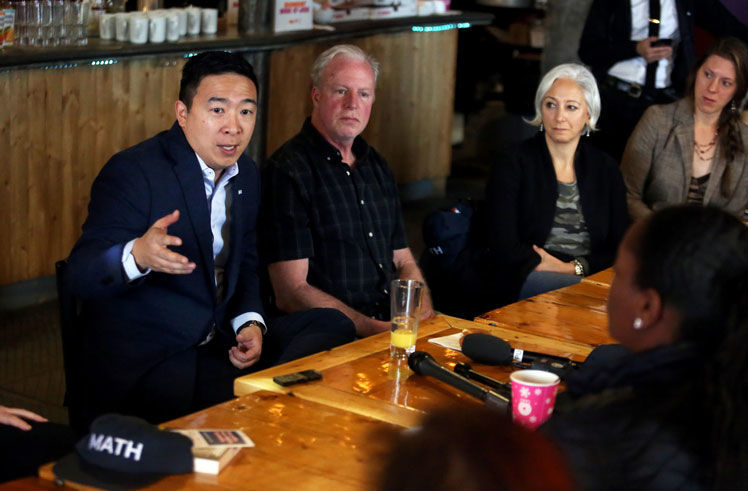 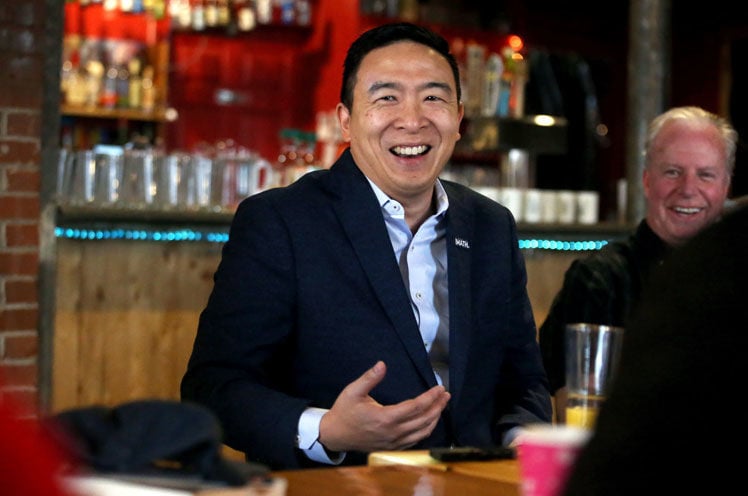 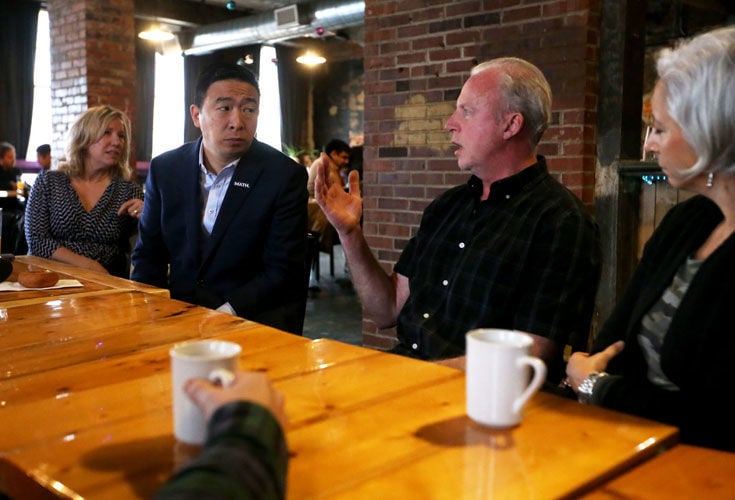 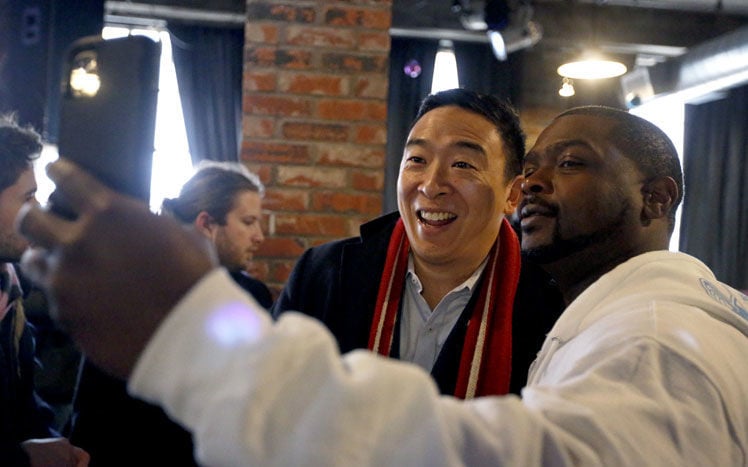 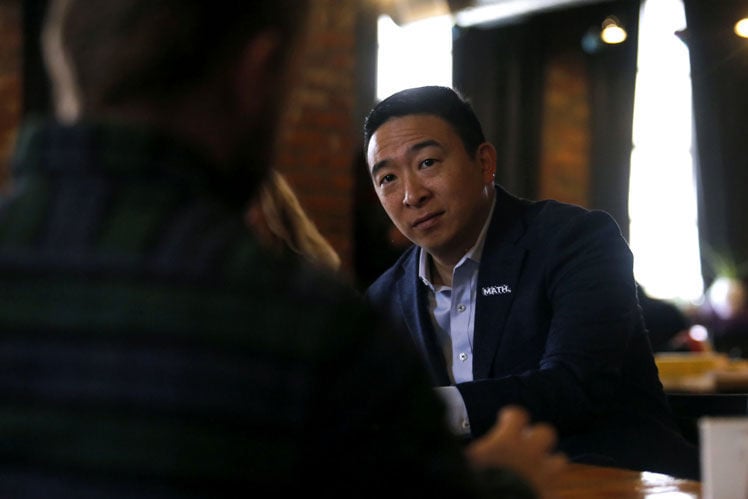 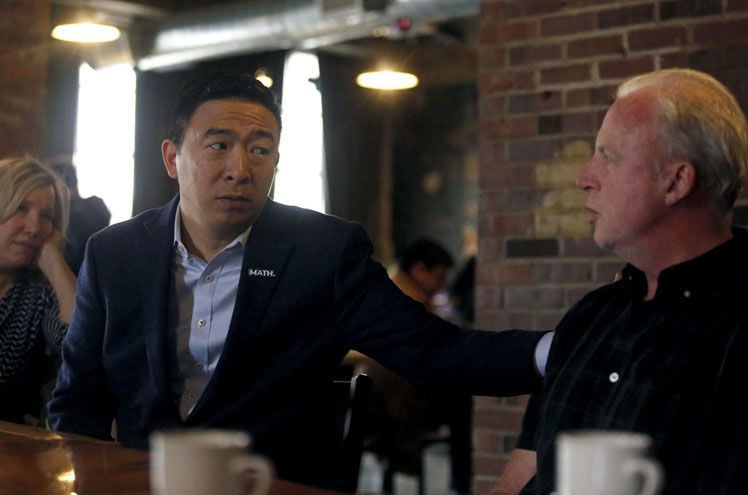 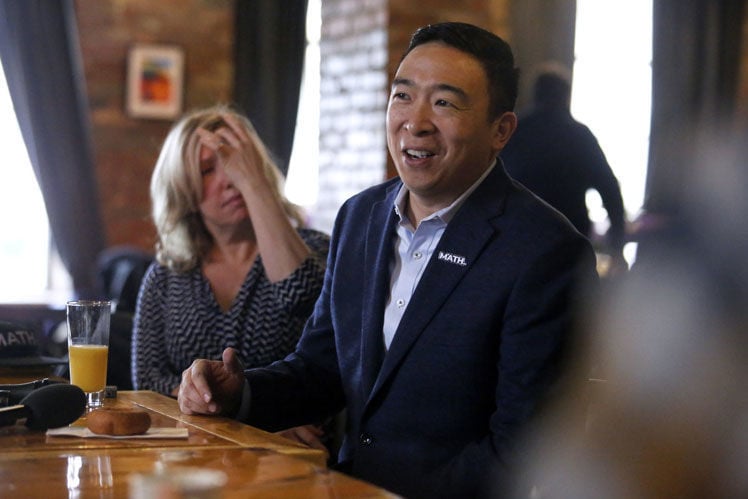 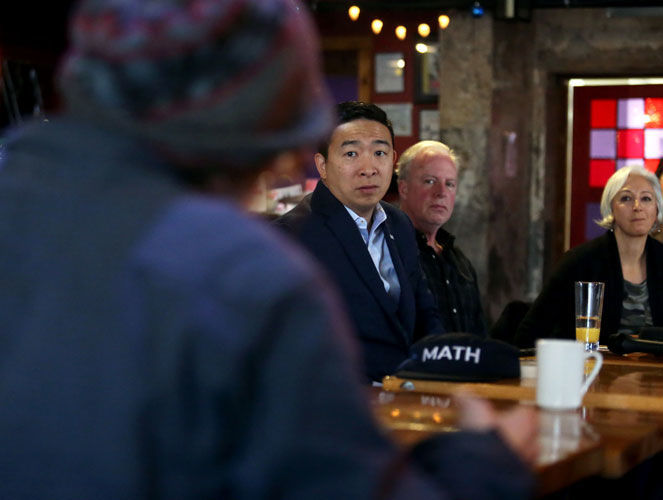 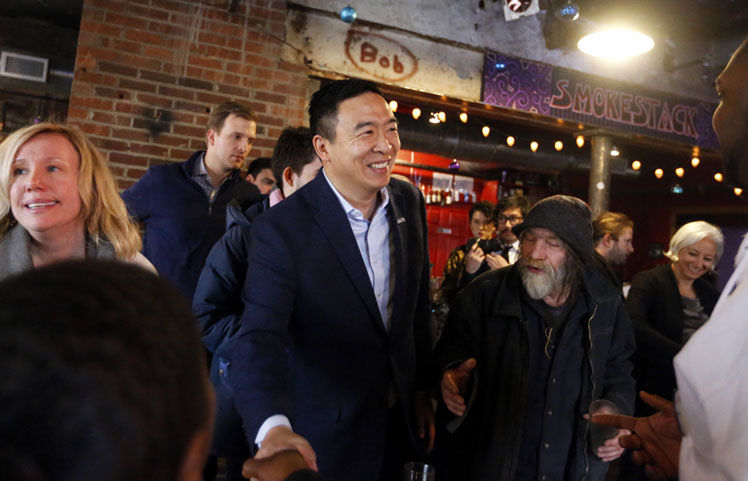 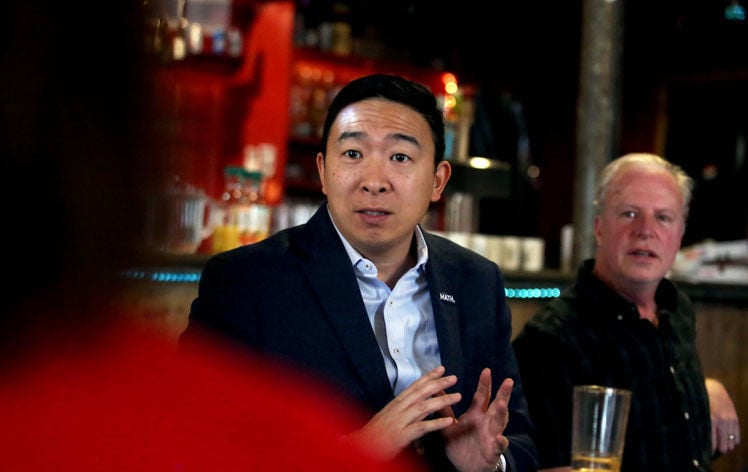 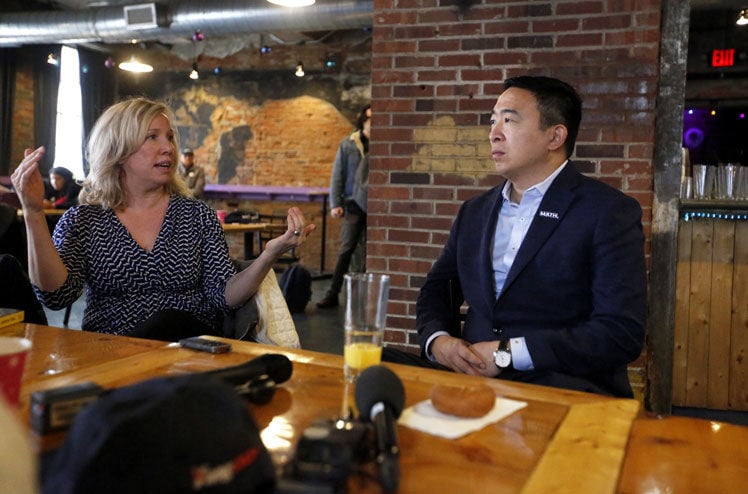 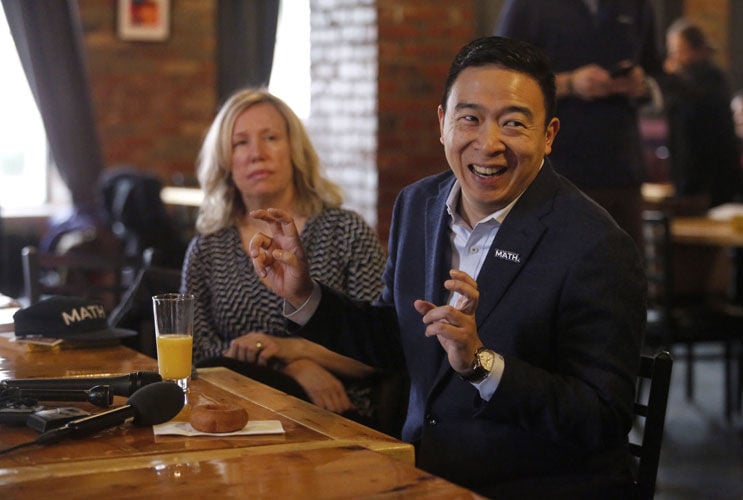 Businessman and philanthropist Andrew Yang on Saturday pitched to local entrepreneurs his vision to create a nation in which small businesses can flourish.

The Democratic presidential candidate met with several small-business owners in the morning at Smokestack, 62 E. Seventh St., for a roundtable to discuss the challenges they face and his plan to infuse money into the economy by establishing a universal basic income.

“I just want you all to imagine if the other people at this table were to be able to have a clearer path to accomplish your goals,” Yang said. “Wouldn’t this city be a stronger, more-vibrant community?”

Yang is one of several Democratic candidates criss-crossing the state ahead of Iowa’s February caucuses, the country’s first major test of the presidential primary process. The eventual winner of the Democratic nomination will challenge Republican President Donald Trump next year.

Yang built a successful education company before starting a nonprofit aimed at helping entrepreneurs. Attendees at Saturday’s event said they found it refreshing to meet with a presidential candidate who understood the struggles of getting a business off the ground.

“I don’t think of a candidate coming forward and saying, ‘I know the hoops you have to jump through, and I want to make it easier for you,’” said Lis McGovern, of Dubuque.

During the roundtable, Yang told attendees he is running for president because of how difficult it is to start a small business.

He argued that the internet squeezes out small businesses that otherwise might start in local communities. Instead, entrepreneurs who sell products online can’t make enough to support their families.

“We need to make it easier for you all to start businesses because entrepreneurship is the backbone of every community,” Yang said.

One of Yang’s signature proposals is the Freedom Dividend, a universal basic income that would provide every U.S. citizen over age 18 with $1,000 per month.

By putting more money in people’s hands, more money will be spent at small businesses, Yang argued. And if those businesses don’t work out, the entrepreneurs who started them have something to fall back on.

The declining availability of manufacturing jobs will only accelerate when artificial intelligence reshapes the economy, Yang said. He believes the U.S. government is behind the curve in preparing to deal with that issue.

“We need to humanize the economy as quickly as possible, and that includes leveling the playing field,” he said.

Yang also spent much of the event listening to small-business owners as they shared their stories and the challenges they have faced.

Wesley Rainer, who runs a local hot dog stand with his wife, shared how he felt unsupported by city officials when he was getting started. Other challenges include finding a way to open up consistently during the winter months.

“We’re just trying to be as innovative as possible so we can be out there more consistently,” he said.

Yang shared how when he started his nonprofit, politicians would show up for photos and then leave. He too felt the government did not do much to support him in his efforts.

“It’s unfortunate that it’s not easier to identify resources for businesses like yours because your business has a world of potential,” Yang told Rainer.

“The people who think that the American Dream is struggling and even dying are right, by the numbers, and I’m running for president to try and change that,” he said.

His aim is to put more resources into peoples’ hands and to instill thoughts of possibility and optimism.

“Even more than the money, it’s reversing that mind-set of scarcity and negativity that unfortunately is getting stronger and stronger in this country,” he said.

After the event, Rainer said that he enjoyed meeting Yang because the candidate seemed to understand the challenges entrepreneurs experience.

“He’s down-to-earth, he’s relatable and he seemed like he’s genuine in his journey and his values,” Rainer said.

Scott Cornwell, who owns Smokestack with his wife, Susan Price, also participated in the roundtable. He said Yang sees clearly issues like how automation will lead to job loss while other candidates don’t seem to be paying attention.

“He’s the only one that’s really facing that and addressing that and has solutions,” Cornwell said.