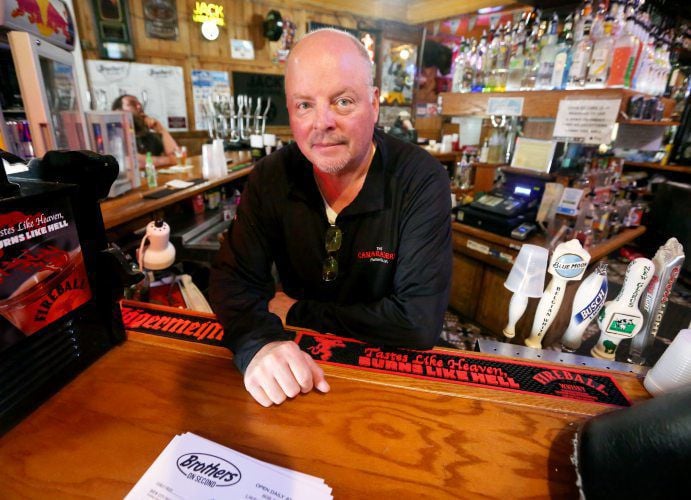 Dale Jacobs is the owner of Brothers on 2nd in Platteville, Wis. Photo taken Thursday. 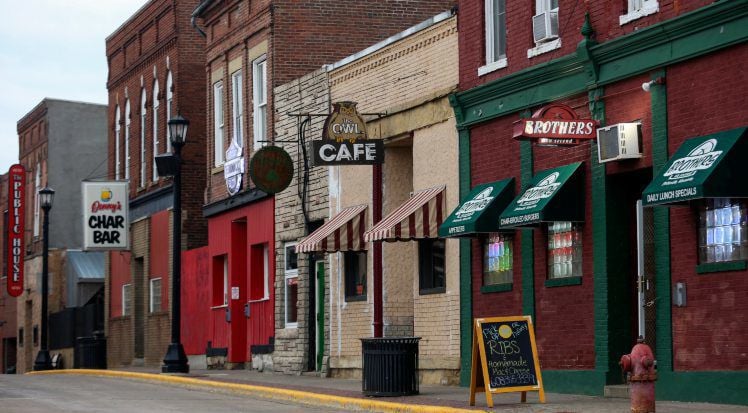 Businesses on Second Street in Platteville, Wis., on Thursday. 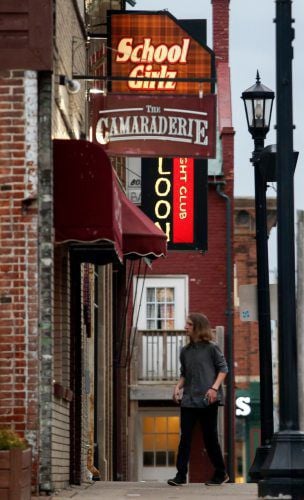 A person walks by businesses on Second Street in Platteville, Wis., on Thursday. 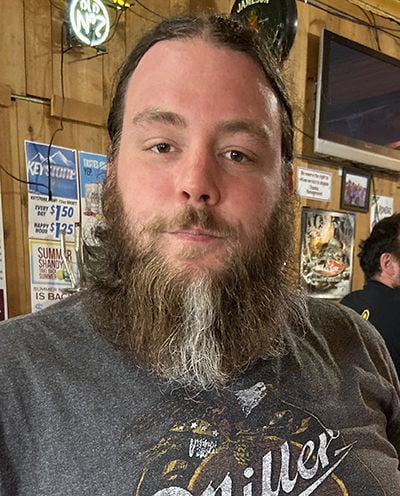 Dale Jacobs is the owner of Brothers on 2nd in Platteville, Wis. Photo taken Thursday.

Businesses on Second Street in Platteville, Wis., on Thursday.

A person walks by businesses on Second Street in Platteville, Wis., on Thursday.

PLATTEVILLE, Wis. — Although the city streets were scant with traffic Thursday, a new energy filled the pub at Brothers on 2nd in Platteville.

During the lunch hour, owner Dale Jacobs glided from the cash register, then glanced at his phone, which was pinging with messages. He could scarcely believe that the Wisconsin Supreme Court struck down Gov. Tony Evers’ COVID-19 stay-at-home order Wednesday, paving the way for bars and restaurants to reopen.

The court concluded that the governor’s administration exceeded its authority when it extended until May 26 an order that had imposed caps on the size of gatherings, travel restrictions and business closures. Evers had called for gradually easing restrictions as the percentage of new cases dropped and other metrics were met.

On Thursday, 373 additional confirmed cases of COVID-19 were reported in the state — the second-highest single-day total since 460 cases were reported on May 1. The state’s total now stands at 11,275.

Thirteen additional related deaths were announced, so that toll now is 434 statewide.

Republican legislators, believing they were excluded from the decision-making process, petitioned the high court to block the extension and requested the court stay its decision for six days.

The court declined to do so.

In a statement, Evers said residents could not let the ruling “undo all the work” and “sacrifices Wisconsinites have made” over these past few months. He encouraged continued compliance.

But contrary to Evers’ wishes, social media captured a badger jamboree, as bargoers hit the streets and amassed inside establishments across Wisconsin.

A photograph illustrating a visibly packed house at Nick’s Bar in Platteville “45 minutes after the bars open in Wisconsin” — as the caption said — garnered national media attention. A tweet with the picture was retweeted more than 3,000 times, liked 8,000 times and spurred 3,400 comments by Thursday night. Owner Nick Pease did not respond to a request for comment for this story.

On Thursday, Evers approved a statement of scope developed by the Wisconsin Department of Health Services to kick off a rulemaking process that seeks measures similar to those contained in his stay-at-home order. He has said the drafting process could take two weeks and ultimately could be blocked by legislators.

For the first time in nearly two months, Brothers on 2nd patrons could bite into the pub’s special-of-the-day — on Thursday, a barbeque rib sandwich — while seated at a table.

“It’s kind of like time stood still,” he said.

Koester, who stopped in Belmont on Thursday for a burger and fries before heading to Platteville, was unworried about the restrictions that were dropped. He sat two barstools apart from the other patrons on hand, about eight in total, and several staff wore face masks.

“Everybody’s taking precautionary measures, but you don’t want to live in fear,” he said. “As long as places are open, I’ll be definitely checking them out.”

Southwest Wisconsin lawmakers said the matter of controlling the spread of COVID-19 is best left to business owners and residents.

“I’m confident that those small businesses will be smart as they open their doors,” said Wisconsin Sen. Howard Marklein, R-Spring Green, in a press release. “Citizens need to make good choices as well. People with compromised immune systems or health concerns need to take responsibility for their own health.”

“For two months, citizens have been operating under an abundance of caution,” he said. “I think they need to continue to do that.”

Platteville officials expressed disappointment with the court’s decision, observing it might be interpreted to suggest the court condones imprudent behavior.

“Unfortunately, I believe there are people who will believe that this Supreme Court decision somehow killed the virus,” said Common Council President Barb Daus.

City facilities will continue to operate under the stay-at-home guidelines, and Platteville Public Library remains closed for the time being, but because Platteville lacks a local health department, it defers to county health rules.

A Grant County Health Department press release stated that the legality of a local order “is in question” but “remains an option and may be implemented if voluntary compliance is not sufficient.”

“While some of the actions of some residents and businesses were reckless following the ruling last night, many are choosing to do the right thing,” Director Jeff Kindrai said in the release Thursday.

When contacted by the TH on Thursday, he declined to comment.

All three county health departments also stated that residents were “strongly” encouraged to follow components of Evers’ stay-at-home order even though it’s been struck down.

They recommended that residents continue to:

Not all members of Platteville’s business community greeted the ruling with enthusiasm.

“My feelings have not changed about this virus,” said Lisa Haas, owner of Barbershop Rock.

She will not open her business until May 27 and called Wednesday night’s events “embarrassing.”

“How about responsibility to the public?” Haas asked. “We need time to breathe and time to make a plan of action.”

Platteville Regional Chamber is advising businesses to consult recommendations recently issued by the Wisconsin Economic Development Corp. as they reopen.

“They will be the ones who will have to answer for what they did if there are any repercussions,” he said. “Hopefully, there’s not.”

Austin and Hannah McCourt, owners of Badger Brothers Coffee, will reopen June 1, just as they intended before the ruling.

In the midst of remodeling, the two are installing plexiglass barriers and developing social-distancing protocols.

“For the people who were doing it right, it really, really sucks that they opened up because now what we did right doesn’t matter anymore,” Austin said.

Jacobs said the monthslong closure was sapping the life out of his businesses.

This weekend is traditionally his busiest, as University of Wisconsin-Platteville holds its graduation ceremonies.

“I don’t care if the government gives me money at all,” Jacobs said. “You can’t replace those numbers.”

Although students departed the city weeks ago when the UW-System campuses closed, Jacobs reopened two of his four bars — called Camaraderie and School Girlz — upon learning of the court’s decision Wednesday night, welcoming about 140 customers into the establishments.

This weekend, Jacobs expects more crowds, especially travelers from Iowa and Illinois, where bars still are shuttered. He is scrambling to locate more staff and hurriedly is developing a safety plan.

“I think it’s going to be chaos,” Jacobs said.

He acknowledged customers might get sick from mingling at his establishments but trusts they “know their parameters.”

“In a bar, it’s a social event,” he said. “Our setting, it’s tough to control the distancing.”