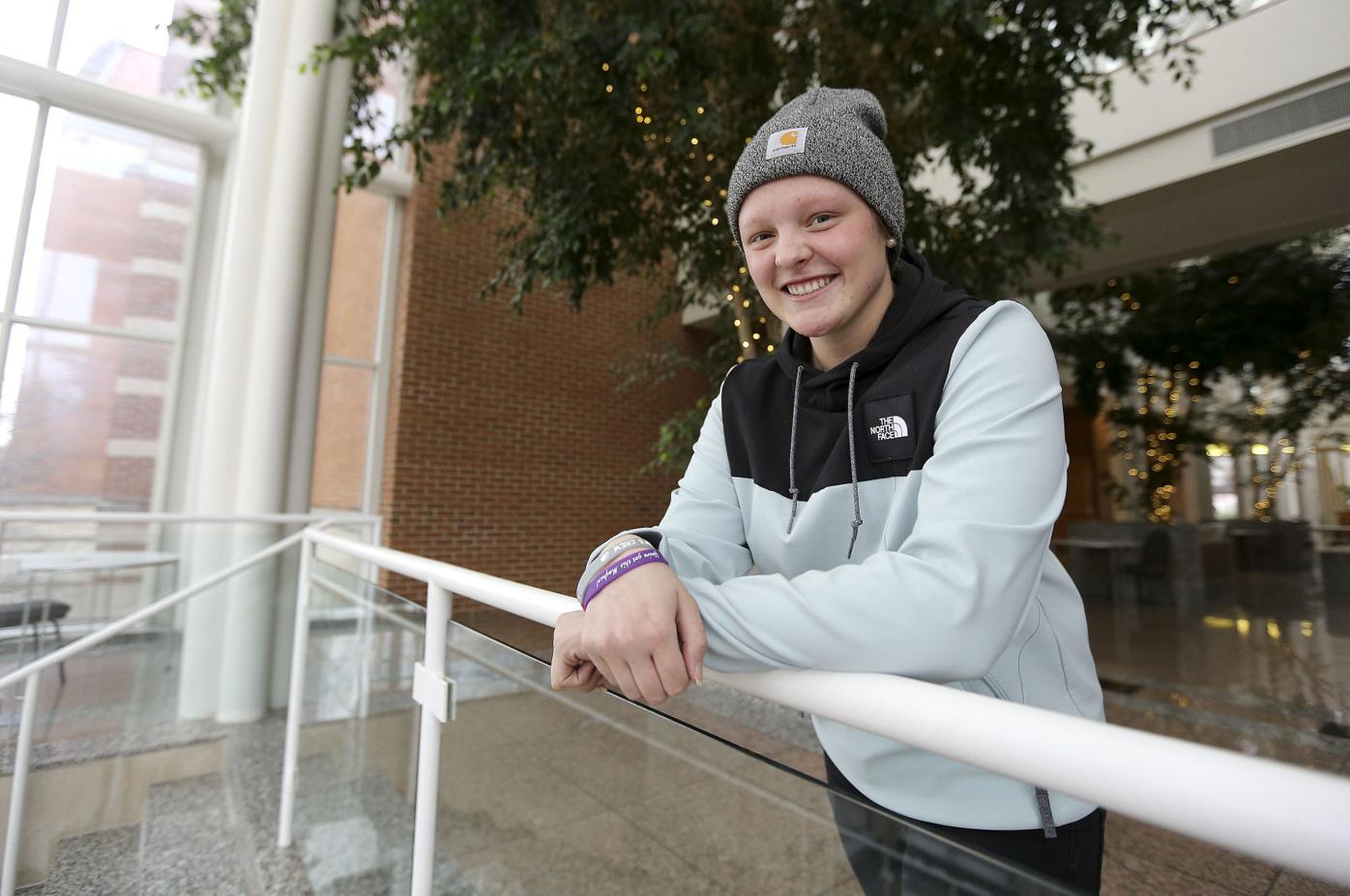 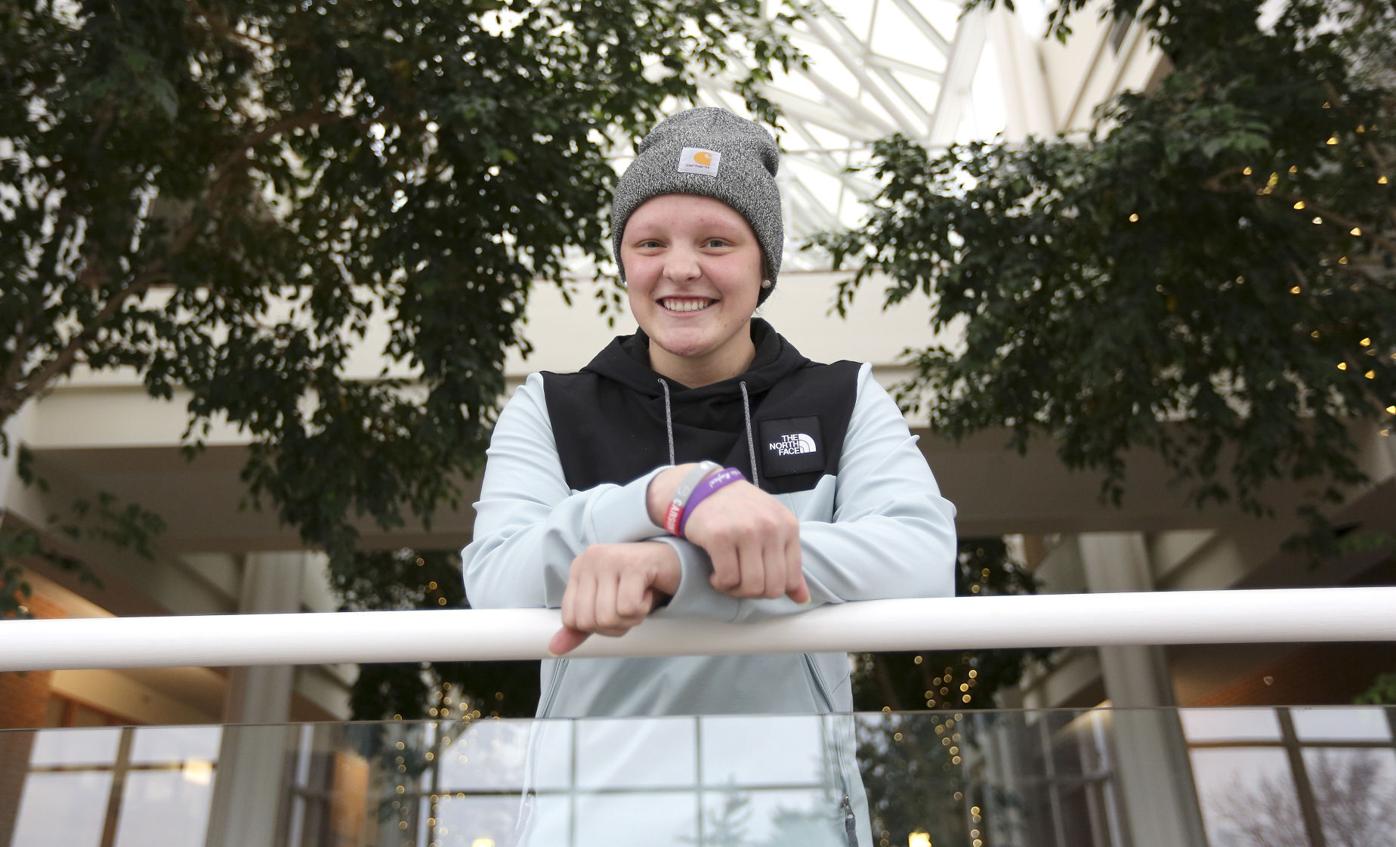 DARLINGTON, Wis. — Meghan Douglas makes it a point to keep smiling for her parents and three younger sisters as she fights cancer.

The 21-year-old said if she worries, others will, too.

“I don’t like to be a burden to other people,” Douglas said. “(But) I have my bad days, just like everyone else does. Behind closed doors, there are tears.”

A Darlington native and nursing student at Clarke University, Douglas has been selected as the 2021 beneficiary of the Darlington Bunny Hop. The event, in its ninth year, raises money to help a person in need, typically garnering $3,000 to $7,000.

About 130 businesses and individuals have contributed to the effort this year, said Amy Prine, director of Dora Ritter Wellness Center, which hosts the event.

“I am amazed and thrilled with our community,” she said. “When someone is in need of help, we just pull together.”

It is the second year the Bunny Hop will be held virtually, a safety precaution against the coronavirus. Prine hopes conditions improve, so that the community can gather in person in 2022.

Last September, Douglas began to notice a pain in her chest, which she attributed to stress and anxiety.

At the encouragement of a professor, she sought medical testing the following month and received a diagnosis in November — unfavorable Hodgkin lymphoma, a cancer of white blood cells.

She had a pear-sized mass between her lung and heart, and the cancer had spread to two lymph nodes.

“You hear the doctor say it,” Douglas said. “But it doesn’t hit you until you really look in the mirror and say it out loud, ‘You have cancer.’”

She began chemotherapy that month and will continue to receive treatment through April.

Although the mass’ location in Douglas’ chest made surgery too great a risk, a recent scan indicated it shrank approximately 30%.

Douglas said the therapy leaves her fatigued. Sometimes “chemo brain” kicks in, and she forgets what she is saying mid-conversation. Douglas’ hair fell out, so she wears a beanie hat.

During her recovery, she has reduced her course load at Clarke and took a leave of absence from working as a certified nursing assistant at Lafayette Manor and Memorial Hospital of Lafayette County.

Douglas believes there is a purpose behind these events.

To maintain her calm, she sticks to routine and presses forward, cherishing moments with her family.

When Douglas travels to chemotherapy appointments, she usually spots bald eagles. She has “a thing” with eagles and believes they are a sign from her late grandparents that she is being watched over.

Douglas has not experienced any chest pain since starting treatment, a positive development.

Next month, a scan will indicate whether she will need radiation therapy. If given the go-ahead by her doctors, Douglas plans to return to college full time and resume her goal of becoming a pediatric cancer nurse.

She feels gratitude for her selection as the Bunny Hop recipient. But Douglas much prefers to give than receive, so being the focus of community support has been humbling and overwhelming. She did not know so many people cared.

“Sometimes, you don’t think that you’re making a difference in someone’s life until something happens to you,” she said.

DETAILS: People can walk or run anywhere they choose. Easter goodie bags will be distributed from 9 to 11 a.m. at the Johnson Public Library drive-thru window, 131 E. Catherine St.

For more information or to post photos to the Bunny Hop event page, visit https://bit.ly/3syBqZd. To order a T-shirt, email amy.prine@cityofdarlington.wi.org.

Local business news dominated the past week, as that was the focus of the three most-read articles on TelegraphHerald.com.