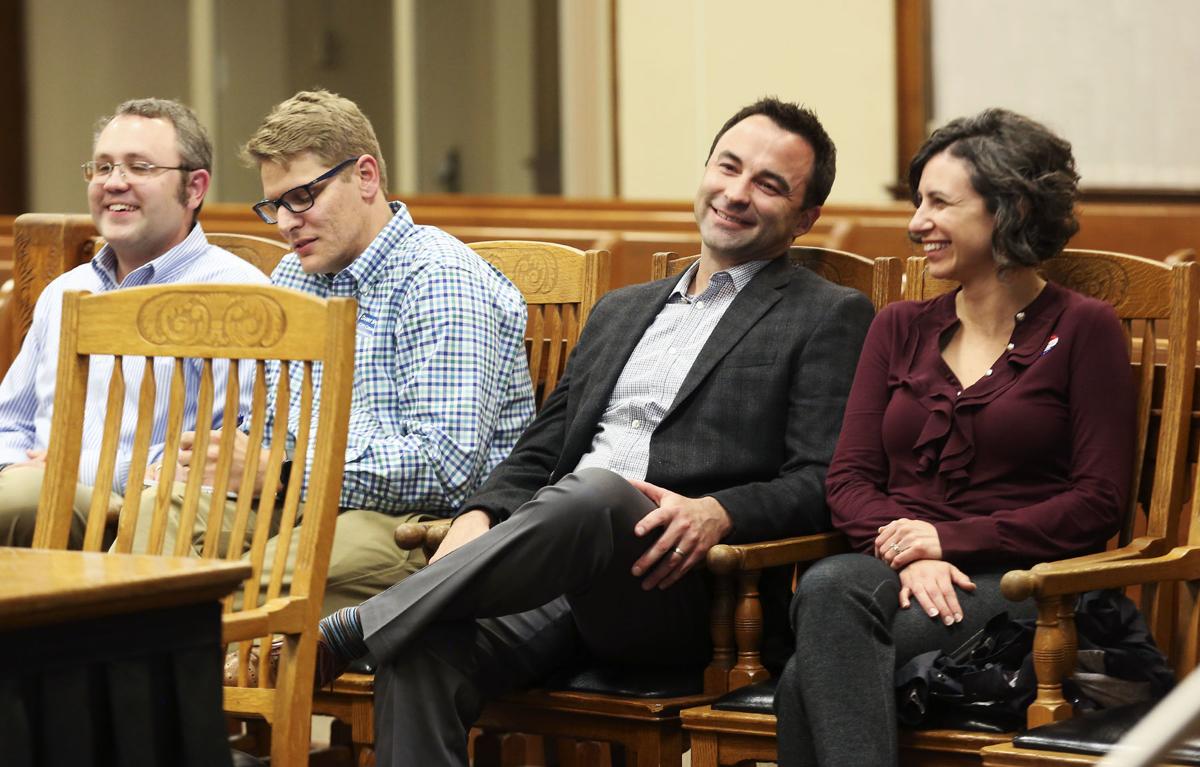 Danny Sprank (second from left) and Brad Cavanagh (second from right) watch as election results come in with their spouses Chuck Harris (left) and Jennifer Cavanagh at the Dubuque County Courthouse on Tuesday, Oct. 8, 2019. 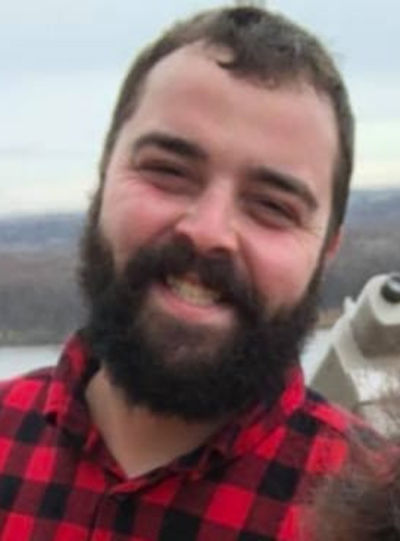 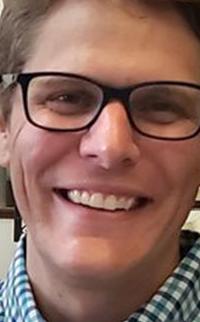 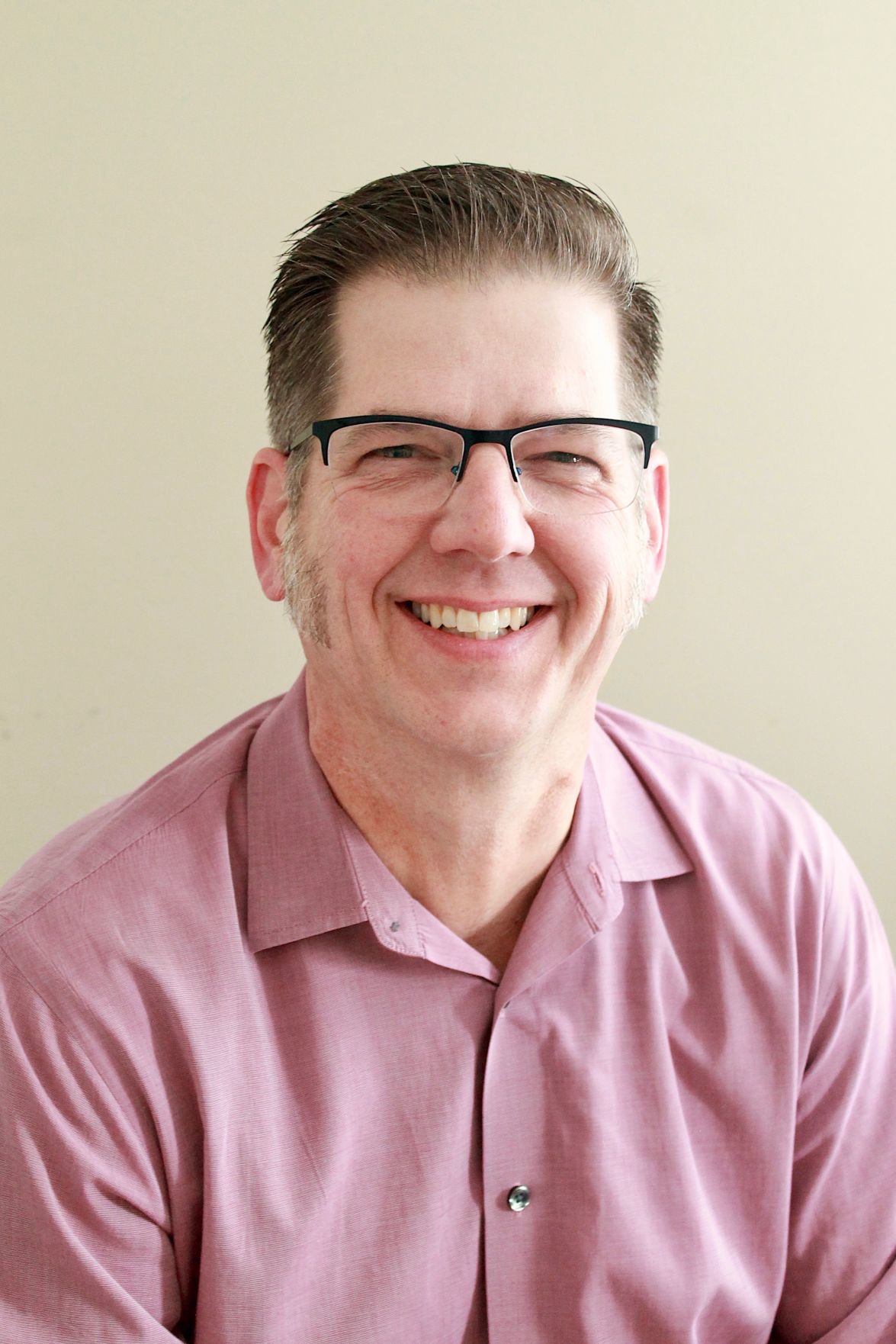 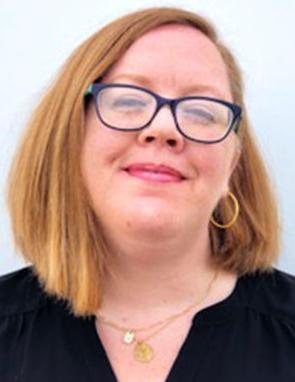 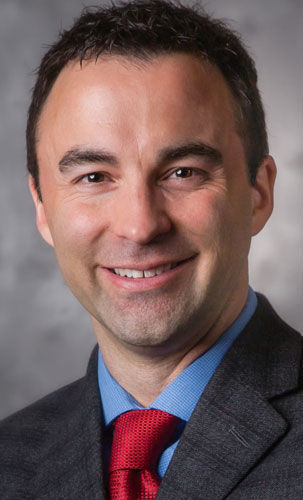 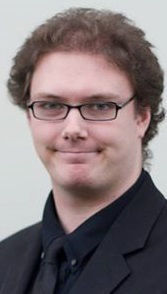 Danny Sprank (second from left) and Brad Cavanagh (second from right) watch as election results come in with their spouses Chuck Harris (left) and Jennifer Cavanagh at the Dubuque County Courthouse on Tuesday, Oct. 8, 2019.

Voters winnowed the field of contenders and newcomers seeking to join the Dubuque City Council, but one of the races could be headed for a recount.

About 7% of registered voters cast ballots in Tuesday's primary election to decide which of six candidates vying for Dubuque’s Ward 3 and Ward 4 council seats will advance to the Nov. 5 election.

Angie Ma, a 43-year-old systems compliance specialist at IBM, lost by five votes to Phil Atkinson, 29, a John Deere Dubuque Works assembler, in a three-way primary for the Ward 3 seat, according to unofficial results. The seat stretches from the city’s northern limits south to East 16th Street.

Because the difference is within 1% of the votes cast in the race, Ma has until 5 p.m. Friday to request a recount without having to pay a bond, County Auditor Denise Dolan said.

Ma said she had not given any thought to requesting a recount, but did not rule it out.

The winner would face off again next month against Danny Sprank, who walked away with the highest number votes in the three-way race. Sprank, 35, garnered 325 votes.

The winner would serve the remaining two years of Kate Larson’s term. Larson resigned from the council last month because she is moving out of the city.

In Ward 4, which spans much of the greater downtown area east of South Grandview Avenue and south of Kaufmann Avenue, Brad Cavanagh and Jay Schiesl advance to compete for the seat held by Jake Rios, who did not run for re-election. The pair beat out political newcomer Antonino ‘Nino’ Erba.

Cavanagh received the most votes in the race, earning support from 495 voters throughout five city precincts. Schiesl garnered 114 votes.

Sprank, a North End Neighborhood Association board member, said he’s committed to filling vacant storefronts and luring commercial development to the area by investing in improvements to the Central Avenue business corridor.

“I’m not a true native of Dubuque, but I’ve made this my home, and I want to continue to make it my home for myself and everyone else,” he said.

Atkinson said he will continue to campaign as a candidate “who will not disconnect from the people,” and would strive to represent the true interests of the North End if elected.

Cavanagh, a Loras College professor and social worker, is committed to finding ways to alleviate poverty concentrated in the greater downtown, as well as improving “communication and openness” with residents on city issues.

“(T)this is about economic development ... and how we utilize our housing stock and bringing new housing development in that can help us with that concentration,” Cavanagh said. “It’s about making sure that we are moving the city forward in multiple different ways, and not with one group or another.”

For Schiesl, notching a November win would mark his second successful election to a local seat. The 52-year-old Realtor and sales representative served on the Dubuque Community School Board from 1999 to 2002, and currently serves on the Dubuque Human Rights Commission.

“I’m a community member first. I’m not a politician,” he said. “You can definitely count on me to support fiscal responsibility, accountability and transparency within the budget process.”

From Five Flags to housing, Dubuque candidates sound off on city concerns, priorities