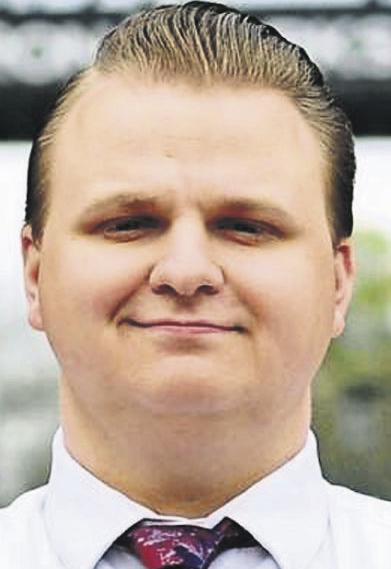 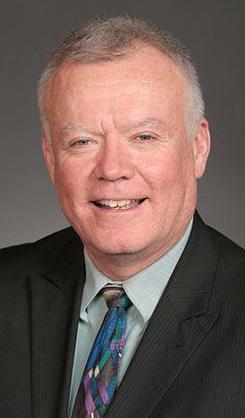 Iowa Rep. Chuck Isenhart, D-Dubuque, has some competition from within his party.

Newcomer Grant Davis is challenging the six-term incumbent in the June 2 primary election to represent Iowa House of Representatives District 100, which covers much of the northern and eastern portions of the city of Dubuque.

A Republican candidate for the seat is not on that party’s ballot, but a candidate still could be selected at a special convention after the primary.

In emailed responses to questions, Davis and Isenhart made their cases to be the Democrat on the ballot this fall.

Davis, 21, is a college graduate who finished his degree virtually during the COVID-19 pandemic. Since returning home to Dubuque, he is working as a personal shopper at Hy-Vee while hitting the digital campaign trail.

He said he chose to challenge Isenhart after discussions with local folks interested in a change in representation.

“Since (District) 100 leans strongly Democratic, I wanted to give voters a second option within the party,” he said. “I’m also a strong believer in term limits.”

He has a list of goals, should he make his way to the Statehouse.

“The first things I would work on in office are restoring collective bargaining rights, banning conversion therapy and raising salaries for teachers,” he said. “Over time, I want to tackle climbing utility costs, end Medicaid privatization and legalize medical marijuana.”

Being personally affected by the pandemic, Davis said there were lessons to be learned through it.

“We need to address the wealth inequality in our country and state,” he said. “We’ve seen the importance of the role that essential workers play in our society. It’s important that they are justly compensated for their work, and that starts with raising the minimum wage.”

Should Republicans maintain a majority in the Iowa House, Davis said he would lead by avoiding “petty, partisan politics.”

Isenhart said he does not mind the competition this primary.

“I campaign for people’s votes whether or not other candidates are on the ballot,” he said. “More people should offer themselves for public office, and I would never discourage anyone from running, even against me.”

But Isenhart said he is happy to stand on his record of more than a decade as an elected official.

“Voters will look at my record and 12 years of experience in the Iowa House and see that I have tried to be a 365/24/7 public servant,” he said. “That will not change. I believe a government worthy of public support is a government that works for everyone. I have tried to be useful to somebody else, give young people a reason to hope, take care of the world we live in and be part of something bigger than myself.”

Isenhart is set to return to Des Moines on June 3 to conclude the 2020 session, disrupted by the pandemic. After that, he plans to push the same priorities he has in the past.

“As the lead Democrat for natural resources and environmental protection funding, I will advocate that we do more to invest in our water, our land, our air, our wildlife and everything else God gave us that make(s) us rich,” he said.

Isenhart believes that the Democrats could retake the House this fall with some “stellar candidates” he plans to work with this year.

If not, though, he said he would continue doing all he can among the minority.

“Since 2016, Republicans have shown declining interest in working in a bipartisan fashion,” he said. “So Democrats have learned different ways to continue to be effective voices for the people who elect us. That includes connecting our constituents directly with decision-makers, doing a better job bringing solid research and accurate information to the table, mobilizing public opinion and developing grass-roots campaigns so Iowans can engage, be heard and have an impact.”

Relevant experience: Volunteered with several campaigns and organizations within the state, making phone calls, writing letters and knocking on doors. Used platform to register young voters to vote and find their polling locations. Started nonpartisan, nonprofit organization to continue this work, as well as advocate for reform in electoral process.