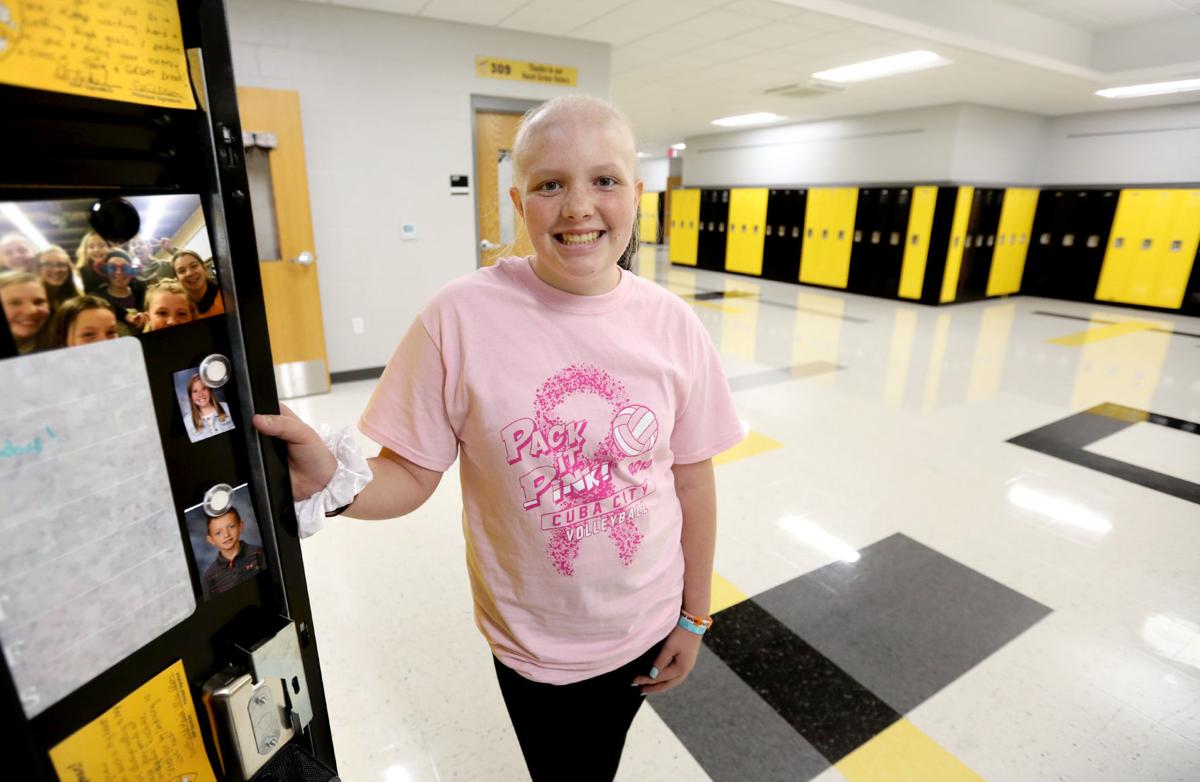 Cuba City (Wis.) Middle School student Alayna Wilson, 13, of Cuba City, Wis., has been diagnosed with stage 4 teratoma cancer. A benefit was held Tuesday to raise money for her family. 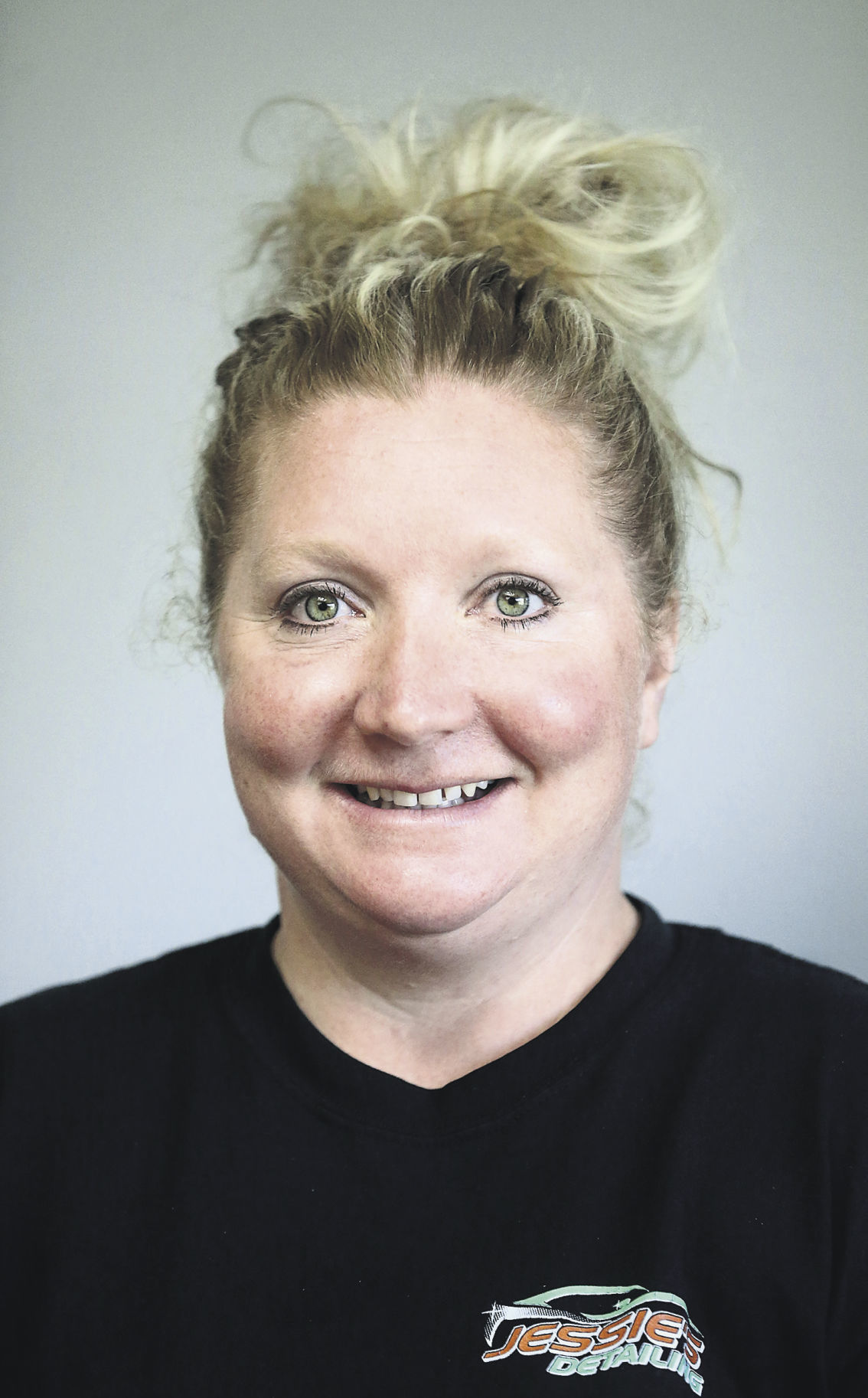 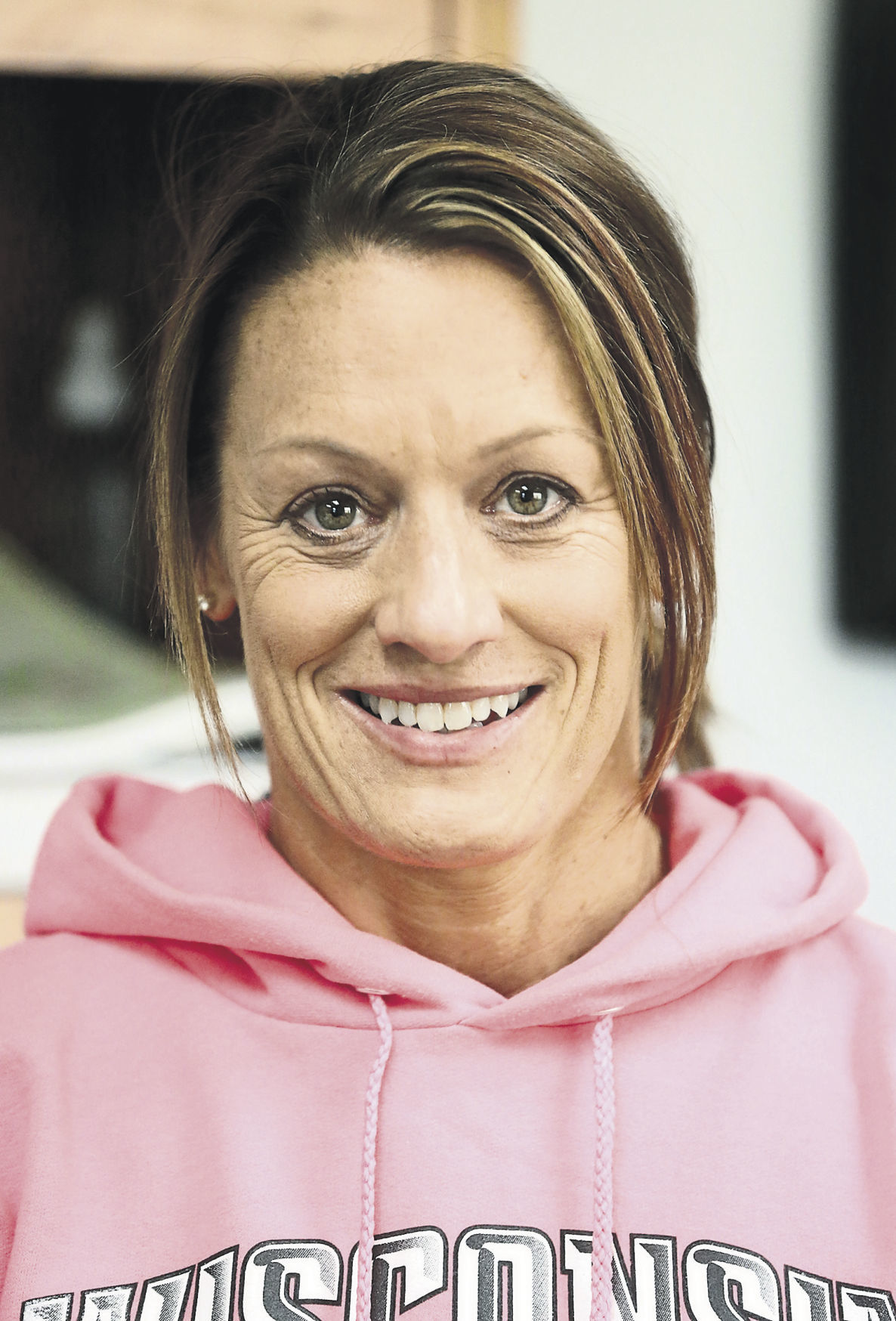 In many ways, the 13-year-old student works to do so, despite her exceptional circumstances. She doggedly completes her homework at Cuba City Middle School and plays eighth-grade volleyball.

But Wilson’s busy schedule has been interrupted by doctor’s appointments and hospital visits. In June, she received a diagnosis of stage 4 teratoma cancer, and it is hard for a day to pass in which she and her family do not think about it.

“I’m just looking forward to being done and being able to do the things that I want to do without being worried,” Alayna said.

She lives in Cuba City with her parents, Jessie and Travis Wilson, and 9-year-old brother, Parker.

The Cuba City and Southwestern Wisconsin school districts have rallied to support them. Southwestern collected funds by holding a penny drive.

At a varsity volleyball game Tuesday night, where the two rivals faced off, the Cuba City Volleyball Program and Cuba City Leo Club hosted the annual Pack it Pink event, which recognizes those who are battling cancer.

Proceeds from the occasion are donated to affected families. Alayna was to serve as an honorary captain at the event.

“Every year, we unfortunately have someone we need to recognize,” said Keri Lawson, Cuba City High School head volleyball coach. “Cancer affects everyone of all ages and all communities.”

In May, Alayna’s abdomen pained her intermittently. She and Jessie traveled to Southwest Health in Platteville on June 4, where physicians believed she had a urinary tract infection. After Alayna tested negative, she underwent an X-ray and CT scan.

The physicians broke the news with tears in their eyes, Jessie said.

The family immediately departed for American Family Children’s Hospital in Madison, where a cancer diagnosis was confirmed. It was a teratoma — a type of germ cell tumor that often originates in the ovaries, testicles or tailbone, according to National Cancer Institute.

About 5% of malignant ovarian cancers are germ cell tumors. The five-year survival rate for patients diagnosed at stage 4 is 72%, according to a 2016 study published in the journal Gynecologic Oncology.

At the hospital, Alayna was nervous to break the news to her friends. Jessie listened.

“Having to sit in that hospital room while she’s on the phone with her friends trying to say the words, ‘I have cancer’ to her best friends was … one of the hardest things I’ve ever had to witness in my life,” Jessie said. “I don’t know what is worse. Us having to tell her or her having to tell her friend.”

Two days after her arrival at the Madison hospital, Alayna began an aggressive course of chemotherapy.

It continued all summer. Alayna experienced nausea and some hearing and vision loss.

Her hair fell out a week after her first treatment.

Alayna had always worn it long. It flowed nearly to her waist.

“It was one of the hardest things,” she said. “I thought I was going to be different without my hair.”

That fear did not come to pass.

As the family had hoped, Alayna felt well enough to attend the first day of school.

Her peers did not tease her, but they had so many questions.

She is determined to continue earning straight A’s and, aside from medical appointments, only has missed two days of school.

“Homework is kind of stressful or when I don’t ‘get’ something, I get annoyed really easily,” she said.

“Even though the teachers and I have told her millions of times, ‘You have the biggest excuse in the world to not get your homework done, and if you can’t do it, it’s fine,’” Jessie said.

The family recently learned that Alayna’s tumor shrank following chemotherapy, but not as much as Jessie had expected. It remains the size of a volleyball.

Alayna is preparing for an upcoming surgery to remove it and two growths on her liver.

“We’re hoping, best-case scenario, (the surgeon) goes in, he gets it all, he takes it out and we move on about our lives,” Jessie said.

After Alayna’s diagnosis, Jessie likewise struggled to disclose Alayna’s circumstances to community members. As word trickled through Cuba City, she decided to post a message to Facebook.

The outpouring of support, particularly financial assistance, has been wonderful but unexpectedly overwhelming for Jessie.

“As hard as our situation is, it’s also equally as hard accepting help from the community,” she said. “It’s very hard to be in the grocery store and have people come up and just hand you money.”

Jessie prides herself in working hard to support her family with Travis, so accepting help was untrodden ground.

“How am I ever going to thank these millions of people?” she wondered. “It’s not about the money at all. I would give all the money back to have this gone. … It means more to us to see the community come together as a whole and work together and put everything aside in their lives to help her.”