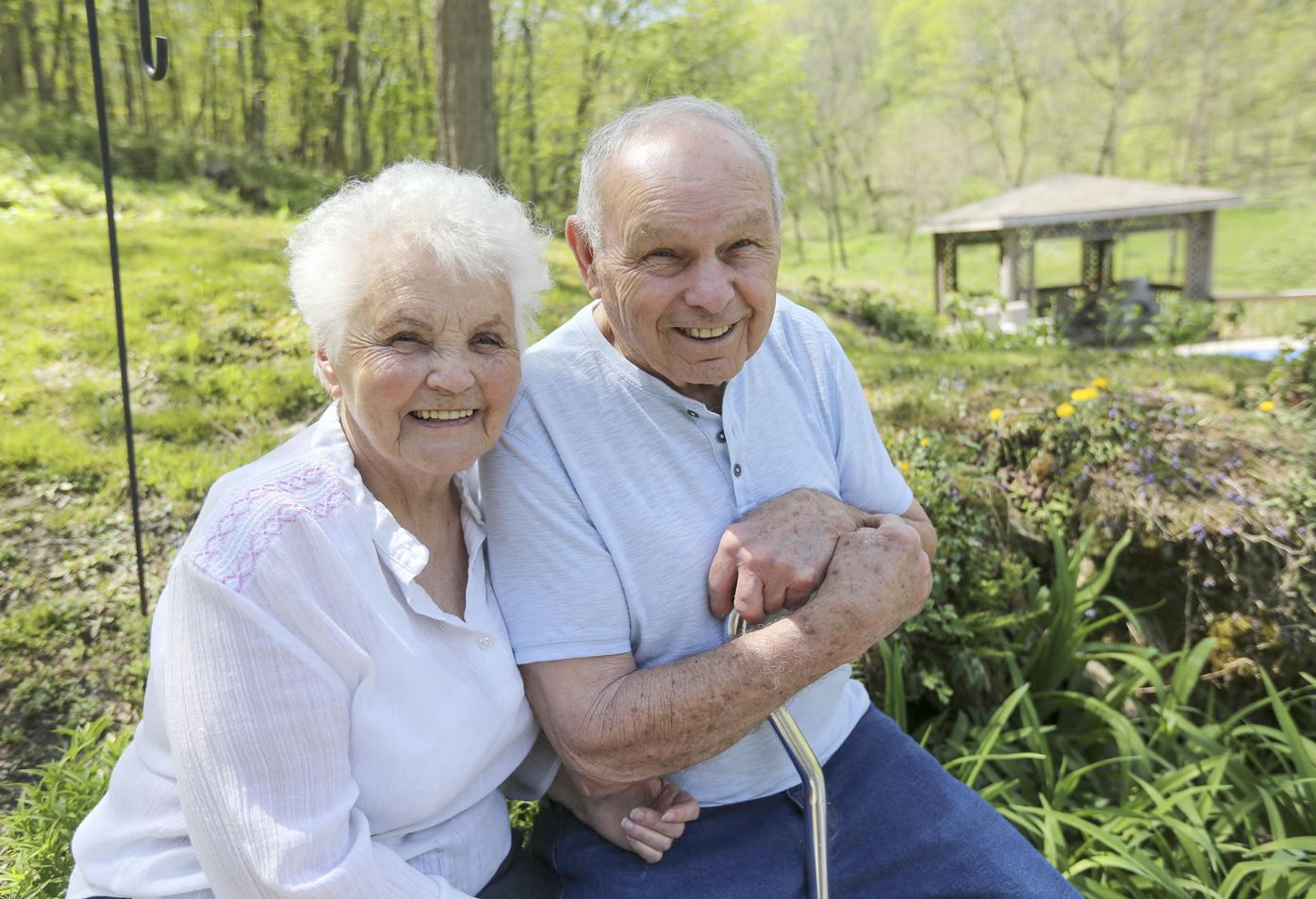 Bev and Gene Kramer, of Dubuque, have been married for over 65 years. 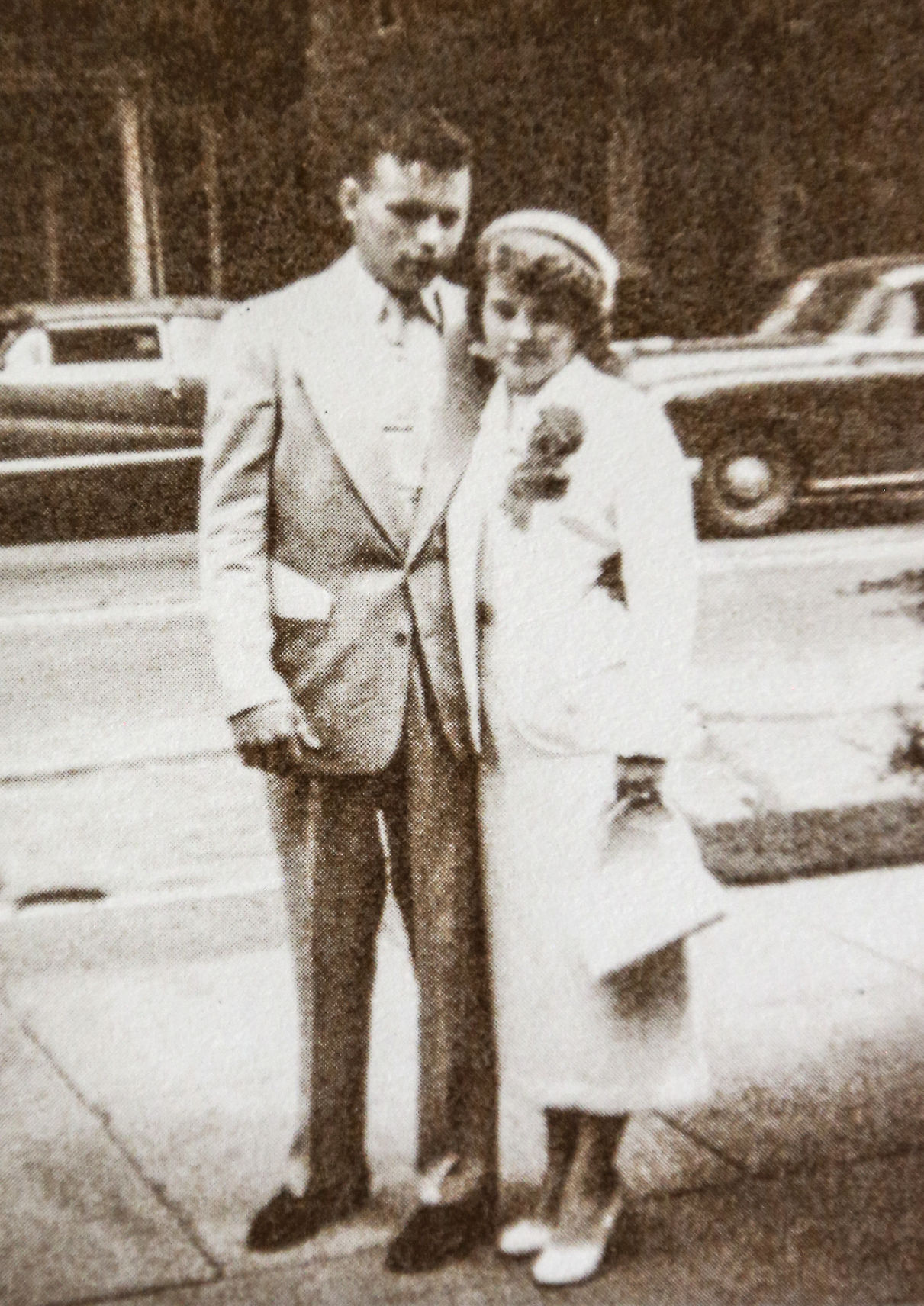 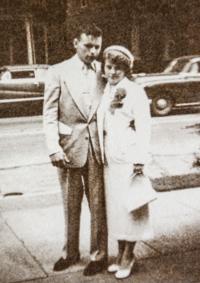 Bev and Gene Kramer, of Dubuque, have been married for over 65 years.

Bev and Gene Kramer have lived a life on the move.

The couple, who celebrated their 65th wedding anniversary last June, have put down roots in U.S. states from Arizona to Virginia — but they always have called the tri-state area “home.”

“We’d build a new house, we’d live there awhile and then we’d get itchy feet, and Gene and I would decide it was time for another adventure, so we’d pack up the kids and off we’d go,” Bev said. “But Dubuque was always our base.”

Bev, now 83, grew up in Dubuque, while Gene, 84, hailed from East Dubuque, Ill. The couple met in June 1954 when Bev and her friend Shirl, both of whom were dating others at the time, went to Eagle Point Park to listen to a local country music group.

“This was a group of friends that had gathered, I think one played mandolin, and Gene was singing,” she said. “Shirl and I were 17 at the time, and Gene was 19.”

During the evening, Bev and Shirl met Gene and his friend Arnie and struck up a friendship with them. The girls went home with their original dates that night, but the next evening, Arnie and Gene showed up at Shirl’s house to see them.

“We stayed up all night just sitting out in the yard talking,” Bev said. “One thing led to another, and after a while, Shirl and I were thinking more and more that we’d like to start seeing Gene and Arnie, so we said farewell to our (other) dates after that.”

The two couples tied the knot the next summer — Bev and Gene in June 1955, Shirl and Arnie in August — right after the girls graduated from Dubuque Senior High School.

The newlywed Kramers built a home in East Dubuque, where they welcomed their three children: Kim Kramer Brandt in 1956, Gene “Butch” Kramer in 1957 and Kurt Kramer in 1961.

Around the time of Kurt’s birth, Gene, who worked as a carpenter, had a serious accident. As he recovered, he developed a wanderlust that would shape the rest of the couple’s marriage.

The family’s first big move was to Colorado, where they lived for about six months before moving on to Hillsboro, Ore.

“It just didn’t quit raining, it seemed like, and I thought, ‘No,’ so we came on back to Dubuque,” Bev said. “None of this was ever one person’s decision. It was always Gene’s and mine, and we’d ask the kids, too.”

The family lived in an apartment on Kane Street while Bev and Gene built a new home in Asbury, Iowa. Its construction, as with every Kramer home, was a team effort, according to Brandt.

“It was always a twosome,” she said. “Dad was more instrumental in building the actual house, but Mom was doing all the staining and painting and varnishing, getting the carpet figured out. They worked together.”

The Kramers lived in Asbury until Brandt’s freshman year of high school when they relocated to Tucson, Ariz., for a brief time before once again returning to Dubuque.

“(Moving around) was good for the kids because it wasn’t like you’re on vacation for two weeks — we actually got to see some of the culture,” Bev said.

Wherever they traveled, she cared for the children and managed the home while Gene found carpentry work and experienced the different climates of their varied locales.

“Every place you went had a different style,” he said. “In Arizona, you were working through 2 inches of dust, and then we lived up in Oregon and all it did there was rain, and there’s the two different styles of working outdoors in Mother Nature. You were right in the middle of it.”

Even after the kids had grown up, Gene and Bev stayed on the go. From Ohio to Virginia to Texas, they immersed themselves in the culture of their new home.

“You meet a lot of different people, I’ll tell you that,” Gene said.

Although the Kramers lately have slowed down, Bev said “(we) still got it in us.” They are planning a trip to Hawaii in October and a visit to Bev’s sister in Colorado.

Brandt, who lives near her parents in Dubuque, said she has learned much from observing their devotion to each other and to their family.

“I have so much respect and love and awe for them,” she said. “Their relationship was like the core of the whole family. We felt very secure, and we knew we were loved.”

Gene and Bev emphasized the need for perseverance and forgiveness in building a bond that endures for decades.

“Learn to forgive,” Gene said. “That was one of the big things. You have to learn to live with them.”

Bev added, “You’re going to hit rough points, but you just get through the rough points and come out the other side, and you learn something from it, and you keep going. Don’t be so quick to quit.”