NEWS
Anatomy of a deal: How Dubuque landed 2 companies, hundreds of jobs in 1 week
End of up-and-down existence: Historic elevator in final days in Dubuque
Facing the end: Experts say preparing for death can benefit the dying, those left behind
1 of 3 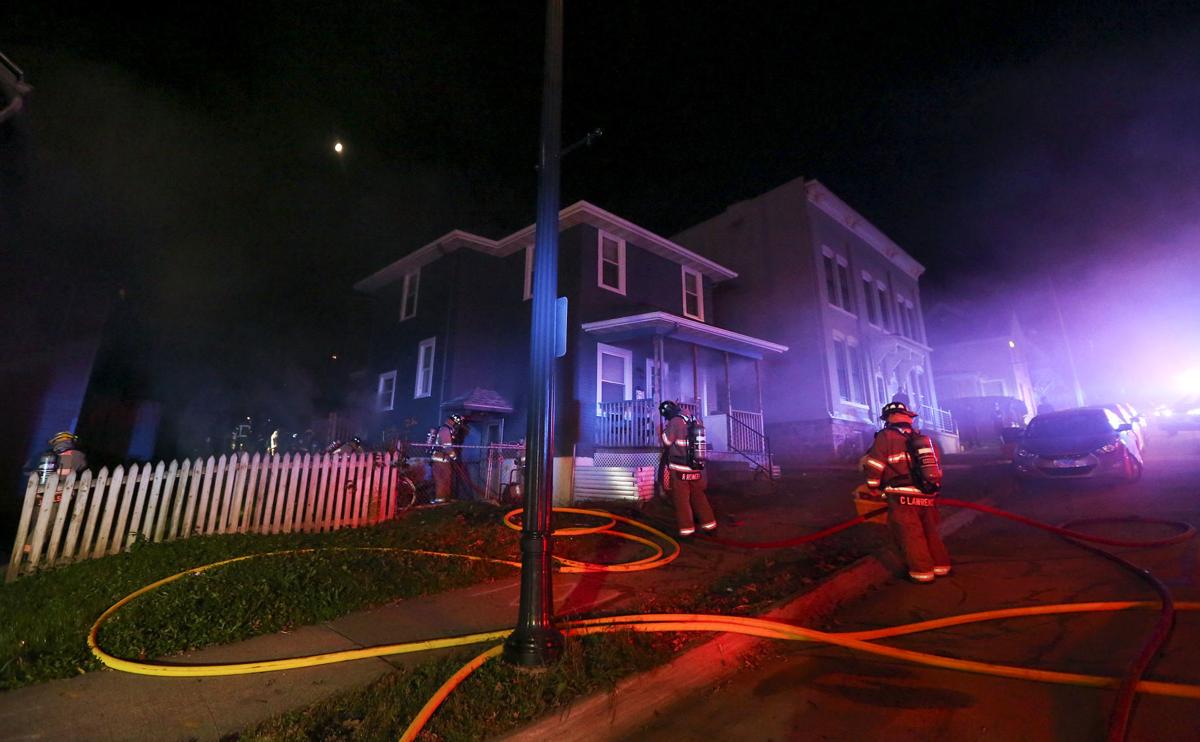 Dubuque firefighters work at the scene of a residential blaze Tuesday night at 586 Loras Blvd. in Dubuque. 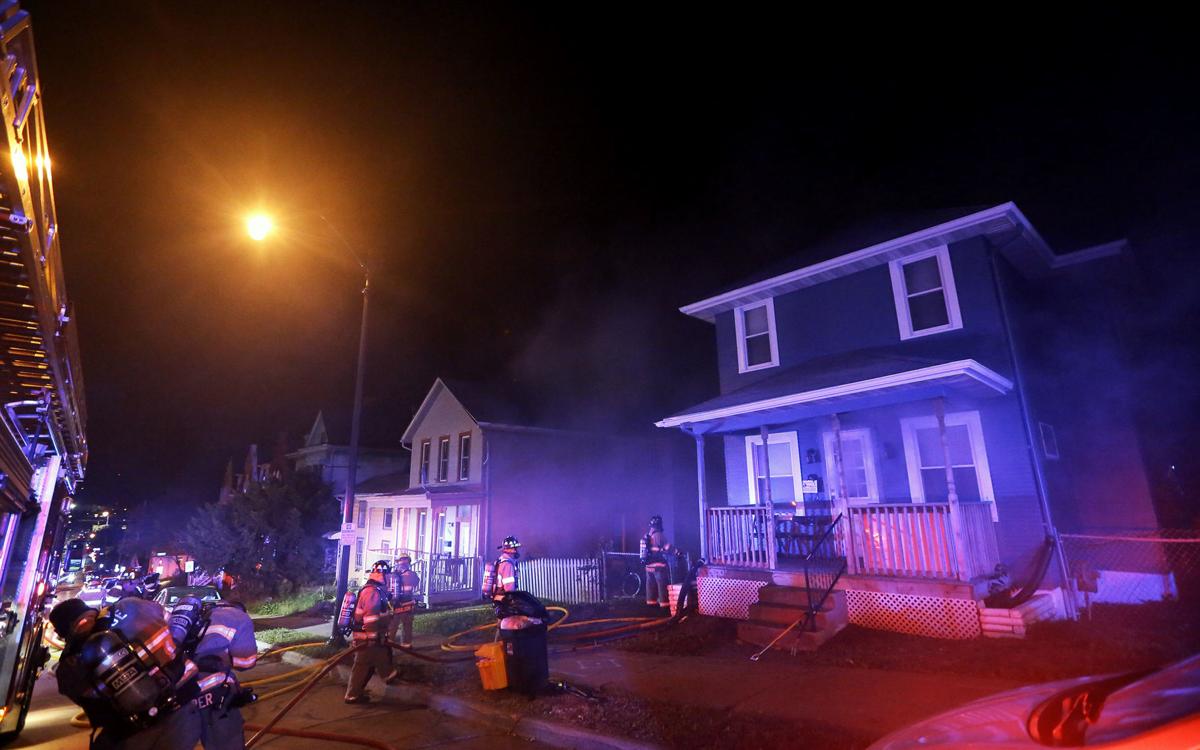 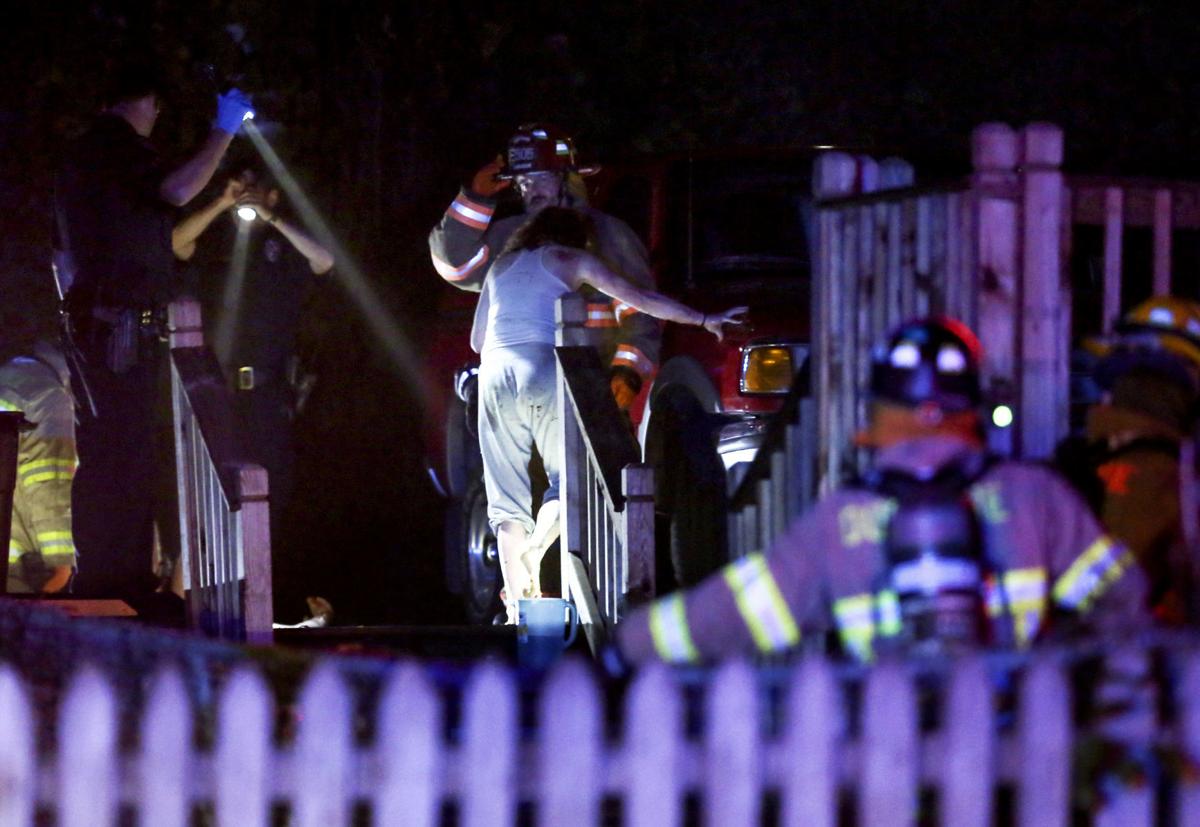 Emergency responders work at the scene of a fire at 586 Loras Blvd. on Tuesday night.

Dubuque firefighters work at the scene of a residential blaze Tuesday night at 586 Loras Blvd. in Dubuque.

Emergency responders work at the scene of a fire at 586 Loras Blvd. on Tuesday night.

Randy A. Grutz, 32, and Meagan R. Arthofer, 21, were taken to area hospitals after the blaze at 586 Loras Blvd., according to Lt. Joe Messerich.

Fire Chief Rick Steines said Tuesday night that the two suffered "potentially life-threatening injuries." Messerich said he was not cleared to provide additional information -- such as condition updates -- for Grutz and Arthofer.

Firefighters were called to the home at about 9 p.m. Tuesday. The fire raged through the basement, causing $49,000 worth of damage, according to authorities.

Dubuque Fire Marshal Mark Burkle said the home was illegally being used as a sort of shelter.

"It was a three-bedroom home that was rented to two individuals, and those two individuals took in homeless (people) unbeknownst to the landlord," he said.

Burkle said investigators have been unable to speak with the victims, so they are not sure of the specific circumstances that led to the blaze.

"It started in the basement in basically the furnace room that was also being used as a temporary bedroom illegally," he said. "It appears that an open flame ignited some flammable materials nearby."

Burkle said he did not have updated information about the condition of the victims. He said other agencies, such as the City of Dubuque housing department, will continue investigating.

Steines wrote in an email to the Telegraph Herald that the fire department would not be releasing the names of the injured occupants due to patient privacy rules related to the Health Insurance Portability and Accountability Act of 1996. Attempts to obtain additional information from Dubuque police were unsuccessful.

The fire remains under investigation.

“The basement had a lot of contents, which still need to be processed for the investigation,” Steines said.

Damage from the fire was located mostly in the basement, but smoke damage was reported throughout all of the floors, according to Steines. He said crews spent 2½ hours on the scene Tuesday night. The fire rekindled around 6 a.m. Wednesday and firefighters remained on scene for multiple hours.

“We believe a deep-seated, smoldering fire in a mattress was the cause of fire (Wednesday) morning,” Steines said of the rekindled blaze.