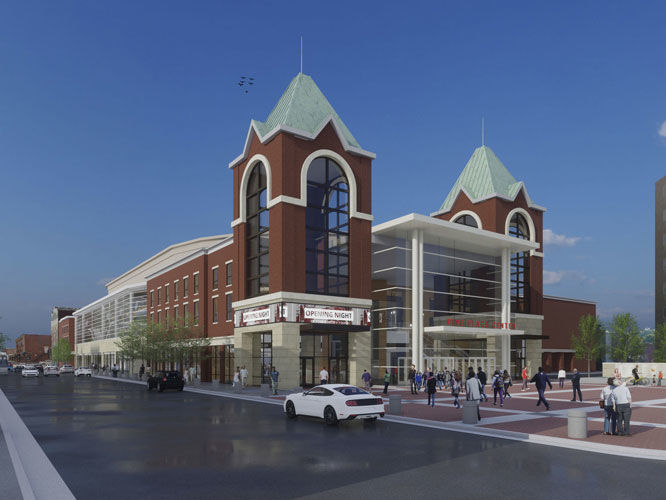 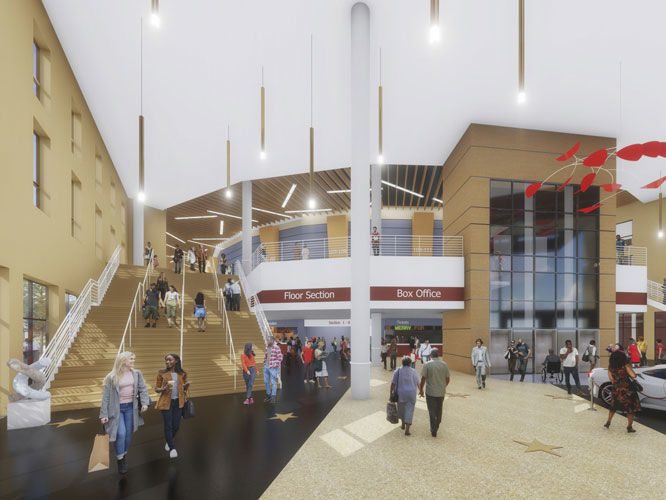 A new study suggests the City of Dubuque could, for about $75 million, add 2,400 seats to a local civic center while reducing by two-thirds an annual operating subsidy of more than $900,000.

A more-limited, 788-seat expansion of the Five Flags Center would be even cheaper — at least when compared to the $85 million price tag of an expansion effort previously recommended by consultants. That option would set the city back by about $67.6 million, according to the study.

However, under that scenario, city officials could expect to pay an annual operating subsidy of more than $750,000.

The study is the third such evaluation of the aging civic center. City Council members will have an opportunity to discuss it during a special work session on Tuesday, Nov. 12.

The biggest of those — a proposed $85 million expansion to grow the arena from 4,000 seats to 6,400 to compete for higher-profile entertainment acts — was the focus of the city’s second study.

In the latest study, CSL provided a detailed look at the components of the 6,400-seat plan and offered suggestions for a scaled-back design to lower costs.

The consultants also further evaluated a more-limited expansion that would boost Five Flags’ capacity to just fewer than 5,000 seats.

The consultants lowered the projected construction cost to $75 million by turning the oval-shaped arena into a horseshoe, changing the seating configuration and utilizing less-costly footings supported by a soils analysis.

They also studied the $67.6 million option. However, going that route would mean sacrificing revenue and maintaining an expensive annual subsidy.

“Yes, you can build it for cheaper,” said city Leisure Services Manager Marie Ware. “But when you look at if from the operational cost, year after year … it does start to add up fairly quickly. If you’re going to spend what is a considerable capital amount, you’re going to still have some of the same issues with the current building.”

The consultants determined a more-limited expansion would:

On the other hand, the $75 million plan would:

“It creates 6,400 seats that are truly usable and a ceiling height a lot of touring shows are looking for,” said Five Flags General Manager H.R. Cook. “All shows I’ve had to pass up will fit in this (proposed) building.”

He also described it as a “good complement downtown” and said the move would allow Five Flags to pursue major sporting events and national touring shows.

“It takes care of being able to stretch that building out and having wider concourses, ample seating and being able to utilize locker rooms and dressing rooms for the stars or athletes,” Cook said. “It’s not over the top.”

The consultants propose paying for the bulk of the $75 million expansion by issuing $55 million in new city debt. The remaining $20 million would be covered by generating $5 million each via naming rights; event parking fees; a $1.50-per-ticket surcharge; and private fundraising from grants and corporate and individual donors.

“We’ll probably want to test that thoroughly to make sure it’s accurate, but lowering the operating cost certainly has an appeal to me,” said City Council Member Ric Jones when reached by the Telegraph Herald on Friday. “It’s probably worth it to me because I enjoy being entertained and not having to drive to other communities to see some shows. But what that value is for each individual in Dubuque will determine whether it happens or not. But it’s not mine to answer. It belongs to voters.”

Dubuque City Council members will meet at 6 p.m. Tuesday, Nov. 12, in the Historic Federal Building, 350 W. Sixth St. The meeting agenda, with links to supporting documents, can be accessed at publicagenda.cityofdubuque.org.

Meetings are streamed live and archived at www.cityofdubuque.org/media and on Dubuque's CityChannel on the Mediacom cable system at cable channel 8 and digital 117.2.

The Five Flags Civic Center Commission will also meet at 3 p.m. Tuesday, Nov. 12, in Five Flag's Orpheum Room to hear a presentation from consultants on the latest study for an expanded/improved Five Flags and make a recommendation prior to the council work session.