NEWS
FIRST IN THE TH: Nelly, Brothers Osborne, Brantley Gilbert coming to Dubuque
Anatomy of a deal: How Dubuque landed 2 companies, hundreds of jobs in 1 week
End of up-and-down existence: Historic elevator in final days in Dubuque
1 of 11 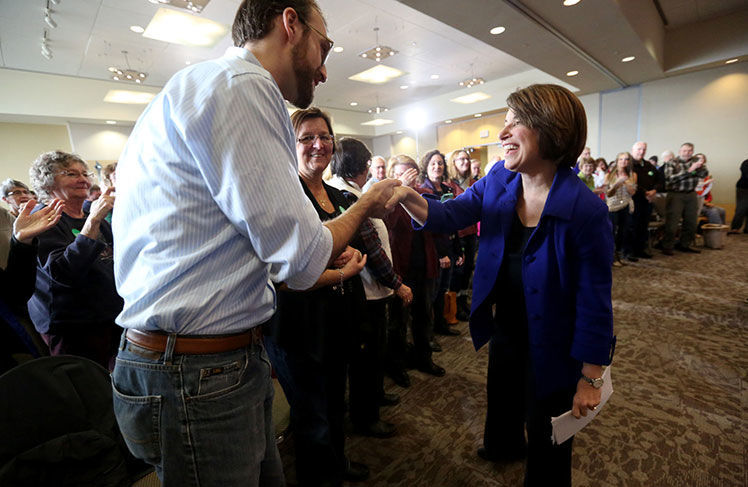 Democratic presidential candidate Amy Klobuchar, a U.S. senator from Minnesota, greets attendees Saturday during an event at the Grand River Center in Dubuque. 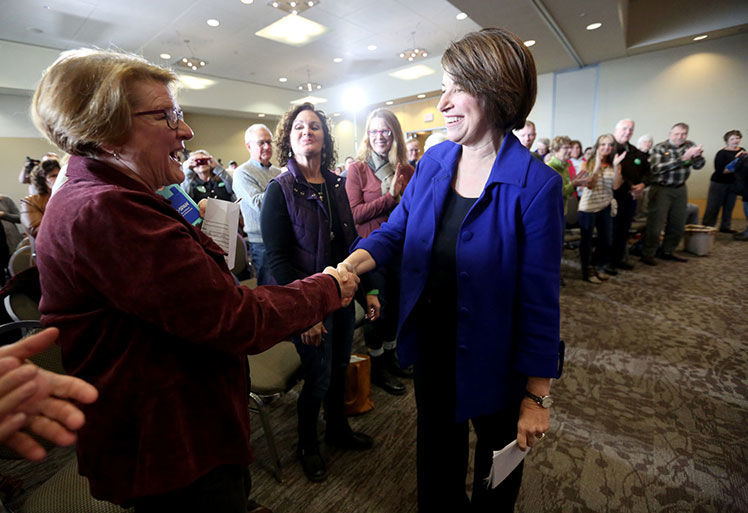 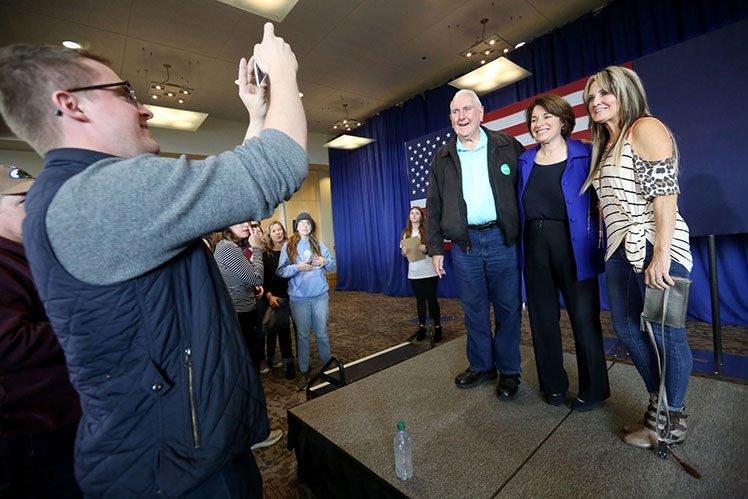 Democratic presidential candidate U.S. Sen. Amy Klobuchar, D-MN., has her photo taken with attendees during an event at Grand River Center in Dubuque on Saturday, Dec. 7, 2019. 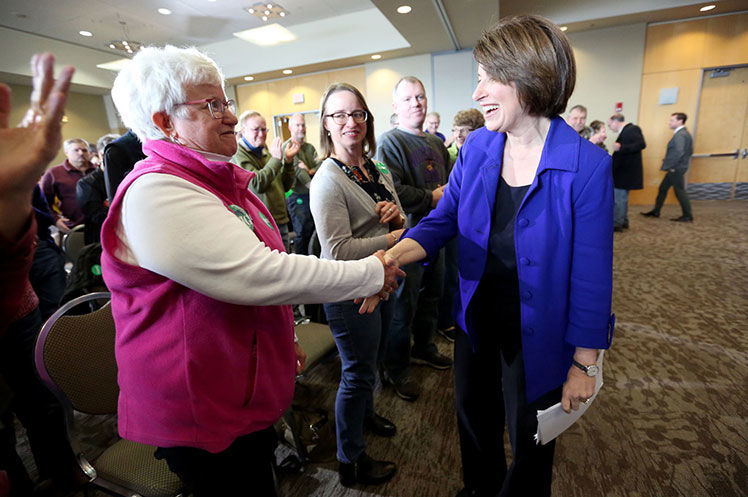 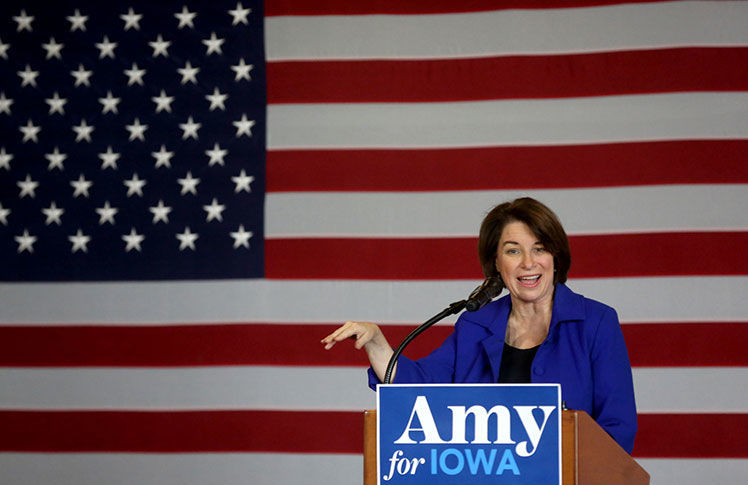 Democratic presidential candidate Amy Klobuchar, a U.S. senator from Minnesota, speaks Saturday during an event at the Grand River Center in Dubuque. Story: Page 9A 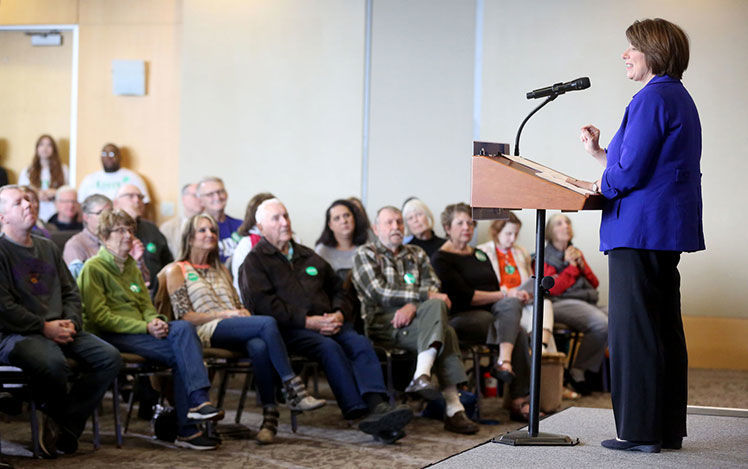 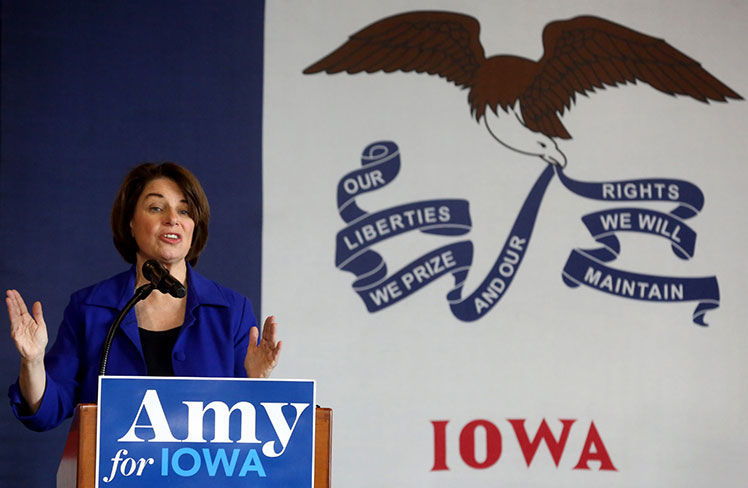 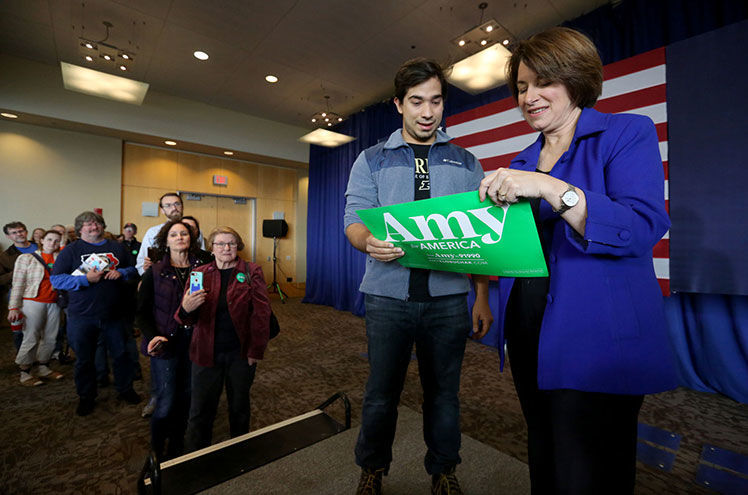 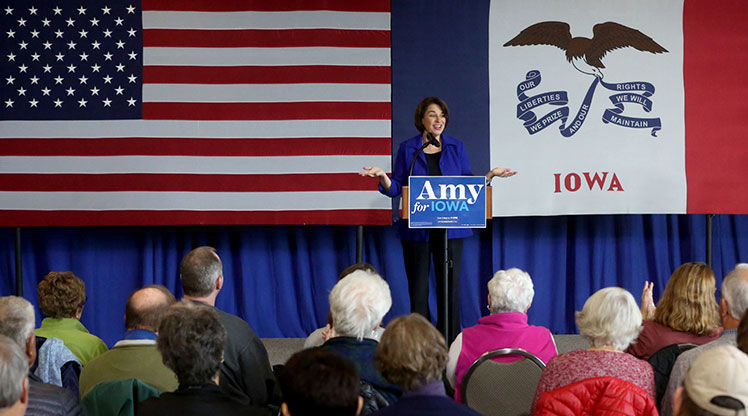 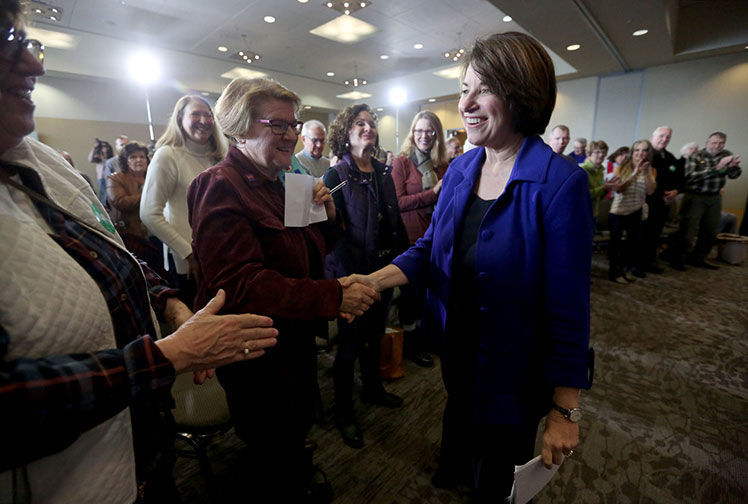 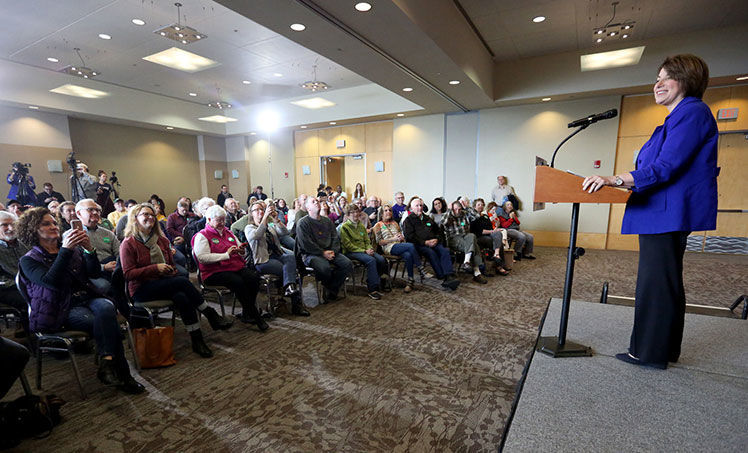 Democratic presidential candidate Amy Klobuchar, a U.S. senator from Minnesota, greets attendees Saturday during an event at the Grand River Center in Dubuque.

Democratic presidential candidate U.S. Sen. Amy Klobuchar, D-MN., has her photo taken with attendees during an event at Grand River Center in Dubuque on Saturday, Dec. 7, 2019.

Democratic presidential candidate Amy Klobuchar, a U.S. senator from Minnesota, speaks Saturday during an event at the Grand River Center in Dubuque. Story: Page 9A

U.S. Sen. Amy Klobuchar kicked off her third presidential-campaign stop in Dubuque on Saturday by talking football with the crowd at the Grand River Center.

However, the Minnesota Democrat quickly moved on to headier topics, including the need for infrastructure improvements and climate action right here in the Midwest.

Klobuchar, one of the many presidential candidates criss-crossing the state ahead of Iowa’s February caucus, talked at length about her experience bringing a Midwestern voice to tough conversations on mental health, gun control and agriculture.

She said she plans to do the same in the White House, especially when it comes to climate change.

“We have to make a Midwestern case,” she told the crowd of 150. “We have so much more ammunition now. We have weird weather events. We have croplands that can’t be planted, record floods in your county over and over again. But there’s not always general support in the middle of the country. Now we have examples.”

Gesturing through the civic center’s windows at the Mississippi River, she said one key component of climate action will be infrastructure improvements.

“It’s bridges, it’s levees, it’s broadband in rural schools,” she told the Telegraph Herald after her event. “If we’re going to be this country that makes stuff and exports to the world, we have to be able to get our goods to market. And we have to stop the flooding.”

Klobuchar said the infrastructure piece could have bipartisan support.

“(President Donald Trump) said on Election Night this is one of his priorities, and then he hasn’t really done anything for it,” she said. “It is crying out for action.”

Even if her plans don’t garner support across the aisle, Klobuchar said she has identified 137 things a president can do without approval from U.S. lawmakers in either chamber. Many of those options related to her climate action plans.

She acknowledged that reducing carbon will have an impact on certain industries, including coal. But she won’t forget those workers, she said.

“We need to make sure when we pass sweeping legislation — with either a tax on carbon or cap and trade, some way to collect on carbon — that the money goes back to people so it keeps them whole,” she told the crowd. “When their jobs go away, we need to make sure other industry moves in.”

Klobuchar also addressed workforce issues, saying that under her presidency, two-year degrees in trades would be free and Pell grants would be doubled.

Two of the people in the crowd, strangers to each other, said they came because they see the senator as the most likely replacement for their past favorite, U.S. Sen. Kamala Harris, D-Calif., who dropped out of the race last week.

Jill Winfield, of Maquoketa, Iowa, said after the event that Klobuchar’s speech had made the Minnesota politician rise to the top for her.

“I had filled out the caucus card (for Harris) and everything, but now I’m looking for another one,” she said. “Amy, I like her. She speaks with a similar confidence and thoughtfulness to Kamala, I think, but she is knowledgeable about a lot of things we’re going to have to deal with.”

Stacy King drove all the way from Chicago for the event, but had already moved Klobuchar up to fill Harris’ place. She said Klobuchar’s hard eye toward dark money won her over.

“The Koch brothers (Republican mega-donors) turned their money into so much bad and just changed everything,” she said. “I think she sees that and could do something about it.”