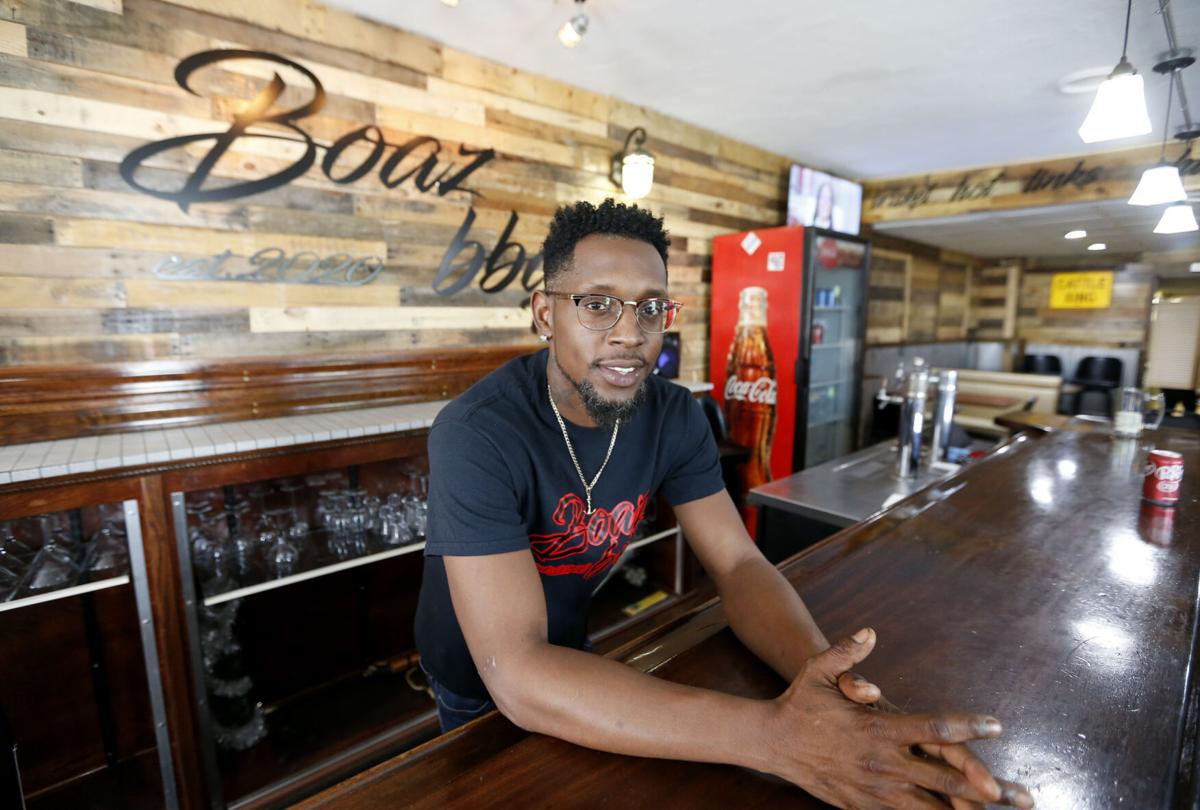 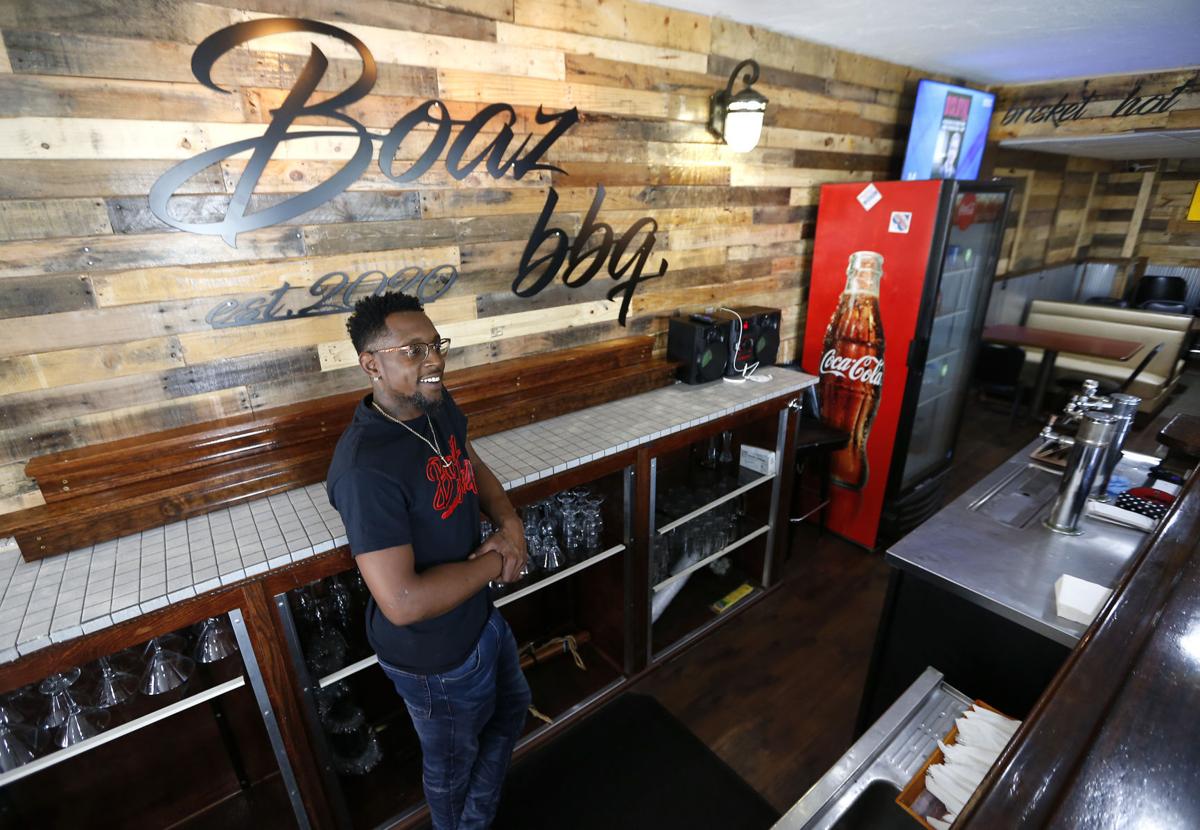 Don Edwards recently opened up Boaz bbq at the corner of E. 17th St. and Elm St. in Dubuque. 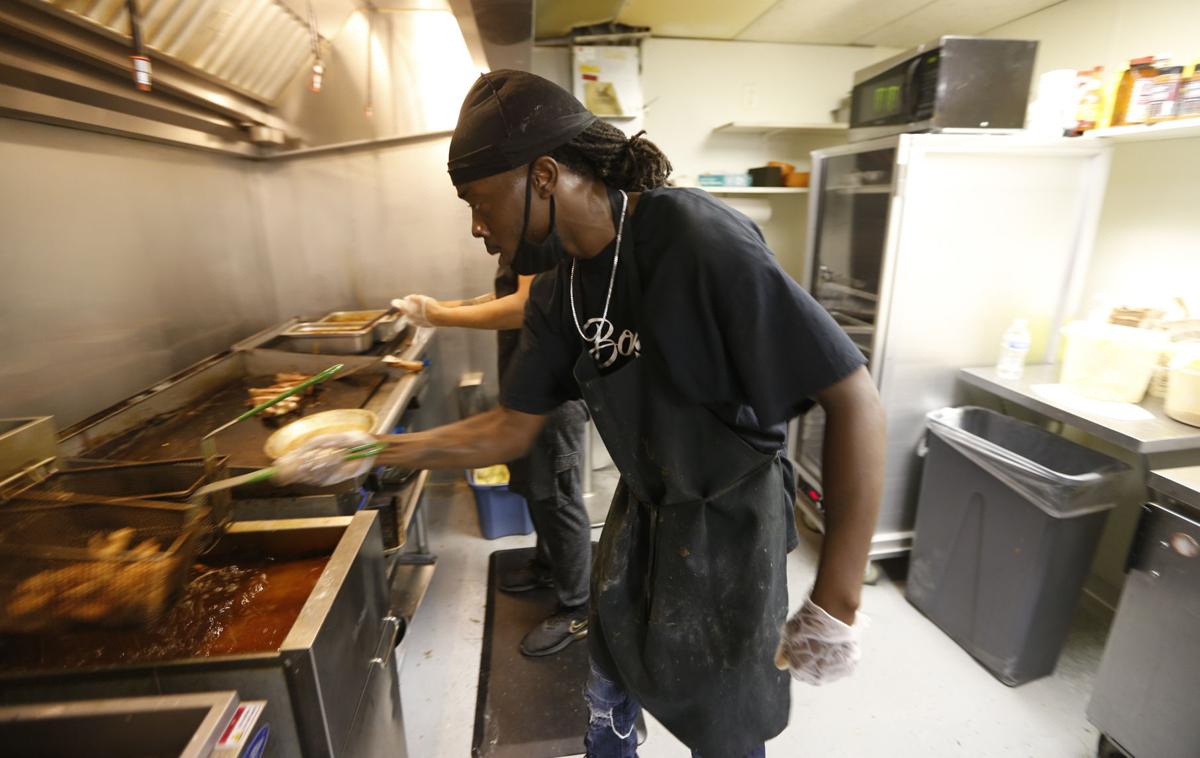 Murphy Jones cooks up some barbeque at Boaz bbq in Dubuque on Monday, Sept. 14, 2020. 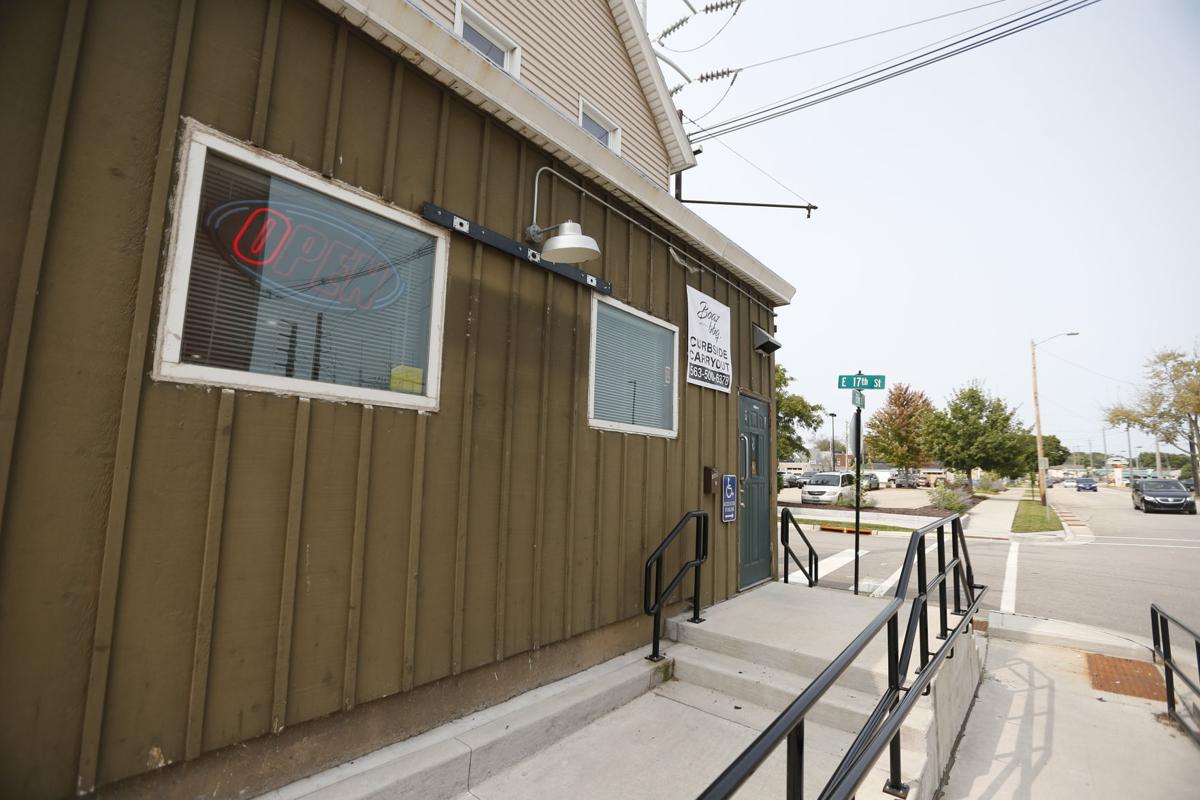 The new Boaz bbq located at the corner of E. 17th St. and Elm St. in Dubuque. 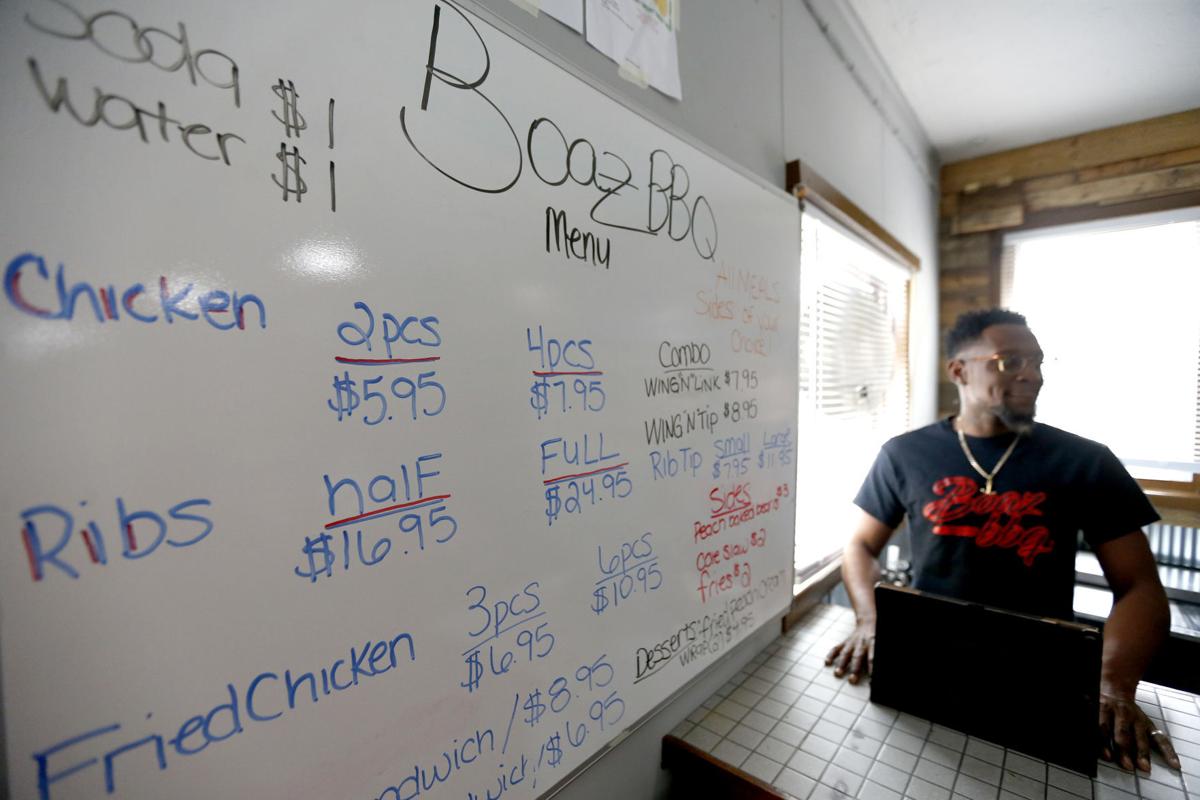 Menu items to choose from at Boaz bbq in Dubuque.

Don Edwards recently opened up Boaz bbq at the corner of E. 17th St. and Elm St. in Dubuque.

Murphy Jones cooks up some barbeque at Boaz bbq in Dubuque on Monday, Sept. 14, 2020.

The new Boaz bbq located at the corner of E. 17th St. and Elm St. in Dubuque.

Menu items to choose from at Boaz bbq in Dubuque.

The closure of one Dubuque restaurant has paved the way for the opening of a new eatery on the corner of East 17th and Elm streets.

Boaz BBQ began operating at 1689 Elm St. in the first week of September, according to owner Don Edwards. The new business occupies the building that previously housed Greek restaurant The Corner Grill.

The menu at Boaz BBQ includes brisket, pork, beef, wings and a variety of other items. As the business settles into the neighborhood, Edwards has a simple and straightforward goal.

Edwards hopes the new business will fill a void in Dubuque, noting that many area residents have been searching for a new barbecue location since Sugar Ray’s BBQ closed its location on University Avenue in 2017. Sugar Ray’s had operated a restaurant for more than two decades before closing its storefront three years ago.

New barbecue restaurants have not had the same kind of staying power.

Dubuque’s newest barbecue restaurant owes its existence to good timing and a little bit of luck.

Edwards said he recently stopped at The Corner Grill to purchase a gyro when he struck up a conversation with the restaurant’s owner, Yanni Karavergos, and learned that he was contemplating closing his restaurant.

Edwards jumped at the opportunity to lease the building.

“I always wanted to get in the restaurant business,” he said. “I was just waiting for the right opportunity. He was ready to sell. I just happened to be in the right place at the right time.”

To Edwards, the location is ideal.

He noted that the recent opening of Crescent Community Health Center at 1690 Elm St. is among many examples of recent development. The proximity of apartments in the nearby Historic Millwork District is another added bonus.

“This area is up and coming,” Edwards said. “We want this restaurant to be a part of that.”

While The Corner Grill has closed its physical restaurant, Karavergos emphasized that the business will continue offering catering services.

He said the decision to close his location at 1689 Elm St. stemmed from years of frustrating setbacks and declining revenue.

Beginning in the summer of 2017, local crews commenced a series of construction projects in the area surrounding Corner Grill. Karavergos said these projects weren’t wrapped up until late 2019.

The ongoing roadwork led to three consecutive years of disrupted access to the restaurant and, in turn, a major decline in sales.

“I was holding on as long as I could to make the restaurant survive, but it got to the point where I couldn’t do it anymore,” Karavergos said.

Despite his recent struggles, Karavergos is confident that a new restaurant can find success on the corner of 17th and Elm.

“I believe (Edwards) can be successful there,” he said. “The traffic flow is amazing — it is one of busiest corners in the city of Dubuque in terms of traffic.”

Edwards said Boaz BBQ will not celebrate its official opening until Monday, Sept. 21. At that point, the restaurant will begin operating under consistent weekly hours. It will be open from 11:30 a.m. to 10 p.m. weekdays, 11:30 a.m. to 11 p.m. Saturdays and noon to 9 p.m. Sundays.

The restaurant, however, already has been serving customers on a daily basis for more than a week.

Edwards believes the soft opening will give his team a chance to assess their menu and make any necessary adjustments.

“We just wanted to get our flavors out there,” Edwards said. “We’re learning what sells and getting a feel for what the customers like.”