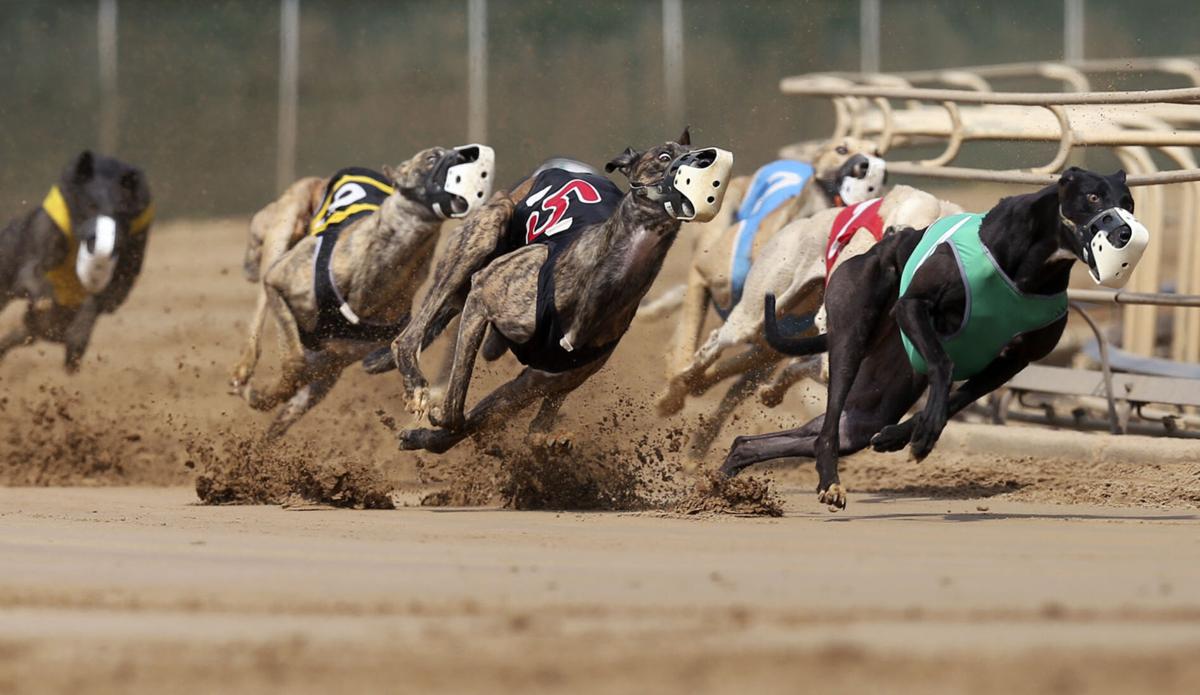 Greyhounds compete at Iowa Greyhound Park in Dubuque in September. 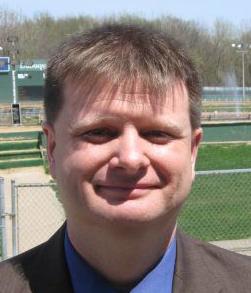 Greyhound racing in Dubuque will continue for at least another year, but the future beyond that remains uncertain.

The Iowa Racing and Gaming Commission on Thursday approved a pari-mutuel license for Iowa Greyhound Park, effectively giving a stamp of approval to the park’s plan to continue operating in 2021.

At a time when major challenges threaten the future of racing, the park’s general manager, Brian Carpenter, believes Thursday’s vote is cause for celebration.

“We are in a situation where we have to go year by year,” he said. “It’s exciting to know we are going to be running in 2021. We are looking forward to it.”

The IRGC oversees racing and gaming throughout the state. Its approval of a license renewal reflects the commission’s belief that Iowa Greyhound Park is on stable footing entering 2021.

“When a racetrack is submitting an application for renewal, they do have to prove viability,” said IRGC Administrator Brian Ohorilko. “I don’t think the commission would want to award a license renewal if they believed it couldn’t be fulfilled.”

The IRGC also signed off on year-round simulcasting at the park and a tentative schedule that includes 112 racing days, which would be eight more than in 2020.

Carpenter said the first races will be held on the final Saturday in April, about three weeks earlier than this year’s start. The last race of 2021 is slated for late October.

Iowa Greyhound Park is currently in the final weeks of a successful year, with the last race slated for Nov. 8.

The total handle takes three figures into account: the live handle, the import handle and the export handle.

The uptick in wagering was driven by a huge bump in the track’s export handle, a metric that measures wagers made on Dubuque races by those who are not physically in the park.

That figure already had reached $10.2 million by the end of last month, eclipsing last year’s total of $6.4 million by 59% so far.

Carpenter attributed the rise to decreasing competition from other greyhound tracks, as well as the fact that many people were at home during the pandemic and seeking new ways to place bets and be entertained.

People placing bets in person at Iowa Greyhound Park wagered $848,000 through September, putting the park on pace to finish below the $1.3 million wagered last year.

Carpenter believes that is still respectable given the year’s difficult circumstances, including a multi-week stretch this spring when races were occurring but attendance was not permitted.

The remaining wagers came from the import handle, which reflects bets placed at Iowa Greyhound Park on dog or horse races held at other venues.

Despite this year’s positive trends, the track’s future is complicated by several developments.

First, a pair of subsidies that support the track soon will end.

Q Casino and Hotel will make its final, $500,000 payment next year, and the casino in Council Bluffs will make its last yearly payment of $4.6 million in 2022. Iowa Greyhound Park receives the payments as the result of a 2014 settlement agreement that allowed the casinos to cut ties with greyhound racing.

On top of that, the closure of greyhound tracks around the country — most notably, multiple tracks in Florida — has changed the industry’s dynamics and prompted many greyhound breeders to get out of the business.

“Eventually, we may get to the point where there are not enough dogs to race,” Carpenter said. “We looked at the number of dogs and determined we should be able to operate next year without any problem, but 2022 is still up in the air.”

Additionally, a bill introduced this year in the U.S. House of Representatives aims to phase out greyhound racing and ban the use of live animals to train greyhounds.

Jerry Crawford, the attorney for Iowa Greyhound Association, told the Telegraph Herald in August that it might be a moot point for racing in Dubuque. He said it was “almost certain” that racing at Iowa Greyhound Park would end in 2021 or 2022, given that the casino subsidies are ending.