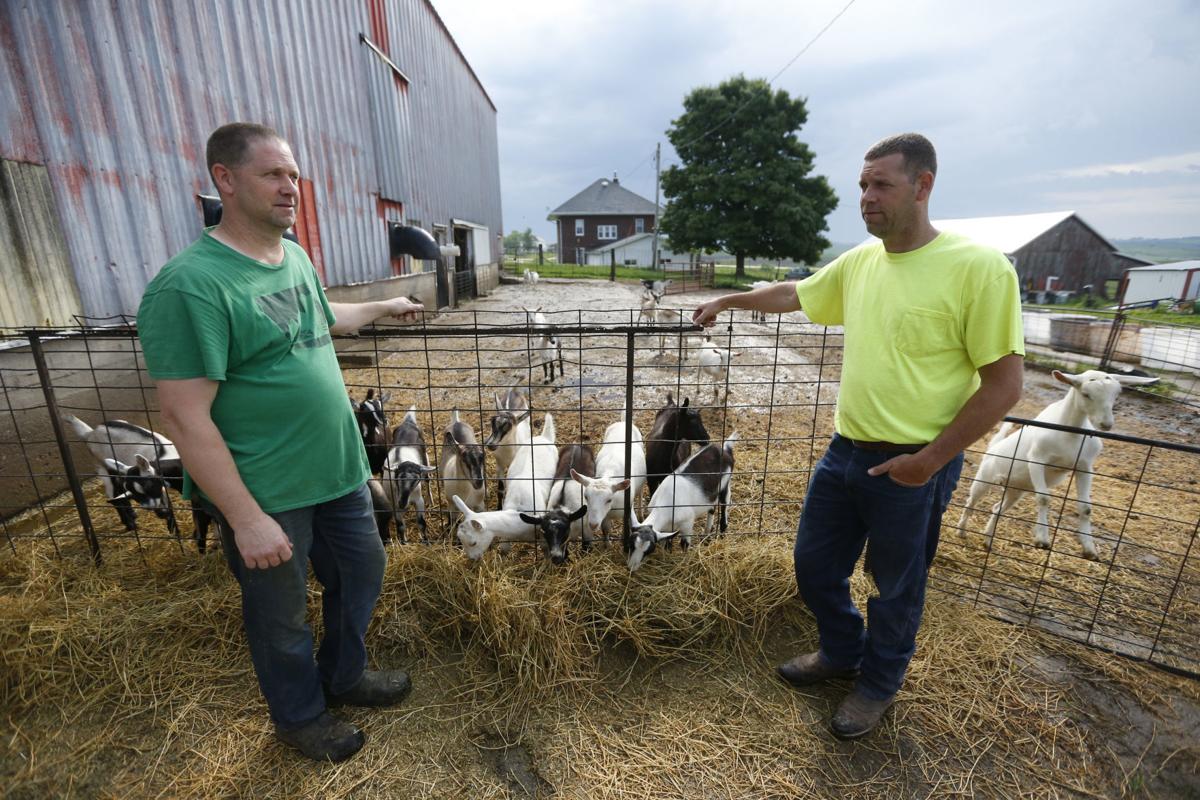 Craig Koopmann (left) and his brother Jack milk more than 300 goats on their rural Epworth, Iowa, farm. The brothers have worked together since 2016, and they are part of a growing industry in the state. 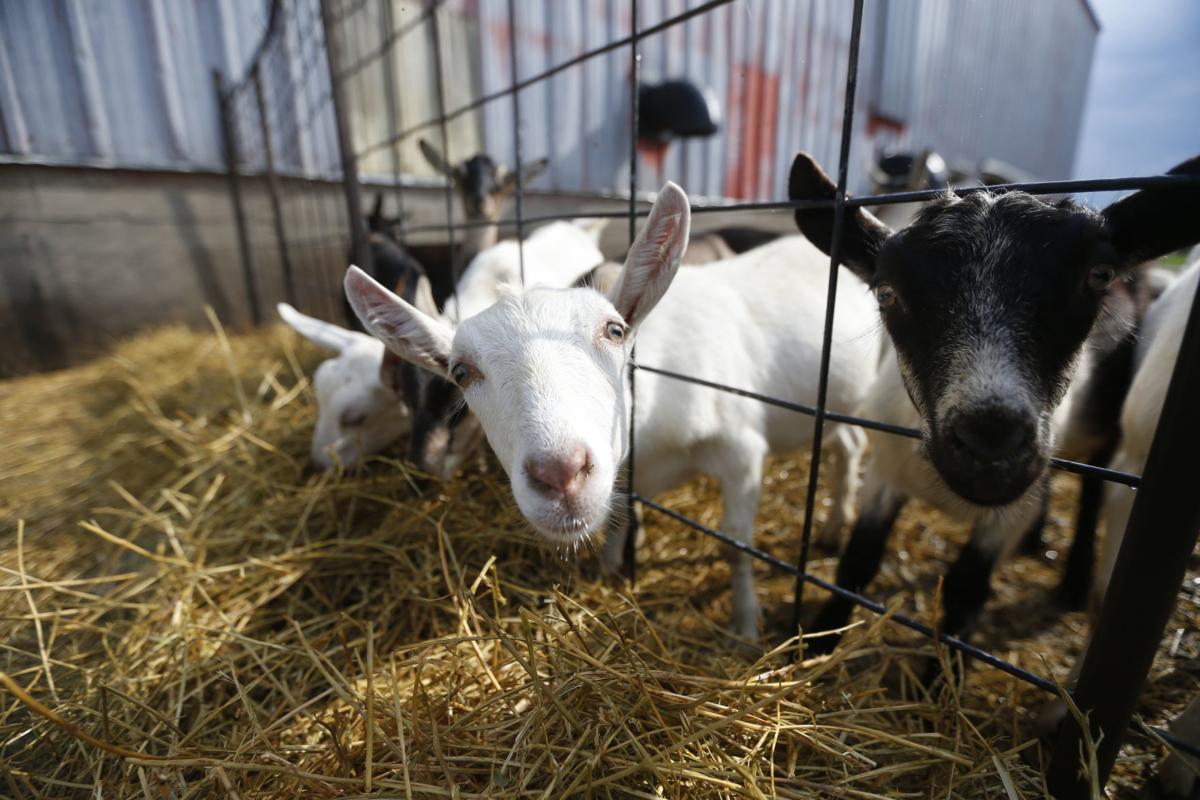 Craig Koopmann (left) and his brother Jack milk more than 300 goats on their rural Epworth, Iowa, farm. The brothers have worked together since 2016, and they are part of a growing industry in the state.

EPWORTH, Iowa — When Craig Koopmann was 10 years old, he asked his godmother for a goat as a present.

Since then, he and his brother Jack Koopmann have expanded Pleasant Grove Dairy Goat Farm to include a herd of 300 goats.

The brothers have worked together since 2016, but they both were shipping goat milk prior to combining herds. Craig has been working in the dairy goat industry since 1988 and Jack since 2007.

The farm’s goat milk is sent to Mount Chevre in Belmont, Wis., to be made into cheese. The wives and children of both brothers help with farm tasks.

“We take care of all operations,” Jack Koopmann said. “We have minimal outside help.”

The Koopmans are part of a growing industry within Iowa, one that was the focus of the recently released Fall 2019 Iowa Dairy Goat Farm survey from Iowa State University Extension and Outreach. The survey looked into the operations, needs and future of dairy goat farms across the state.

Iowa ranks third in the nation in dairy goat producers, the survey stated, with 214 licensed herds and 34,000 milking does.

Dubuque County has three dairy goat producers noted on the survey. Clayton County has 30 producers, the second-highest behind Johnson County’s 42.

Jennifer Bentley, a dairy field specialist and principal investigator on the survey, said part of the reason that Clayton County has so many dairy goat producers is that many are in the Amish community.

“Typically, we do a dairy cow survey every five years. It gives us a good snapshot of the dairy industry on any changes and what’s happening,” she said. “We’ve never actually done one (before) specifically for dairy goat producers.”

Bentley said there has been growth in the industry in recent years, with an average of 155 goats per herd — about half the size of the Koopmanns’ farm.

A majority of goat milk is made into cheese, Bentley noted, but some is sold to customers as liquid milk as well.

Within the Iowa dairy goat industry, survey results showed a multitude of different milking and management styles used by producers, Bentley said. A majority of milkers use some sort of parlor system to milk goats, but one-third are still hand-milking goats.

The Koopmanns milk about 140 goats per hour in their parlor, they said. However, they milk three times per day for about two hours each time.

“We’re the only farm I know that does (that many milkings),” Craig Koopmann said. “It’s better for udder health, and the goats end up lasting longer.”

He added that many dairy goat farms manage things a little differently. While the Koopmanns keep their goats in groups of 32, which is how many fit in the parlor at once, other farms house all their goats in one pen or group them in even smaller numbers.

Many goat barns are retrofitted buildings, including the Koopmanns. Craig Koopmann said their barn used to hold hogs before the brothers moved in their goats and made some additions to the building.

LOOKING TOWARD THE FUTURE

Many survey respondents noted they plan to expand operations. On average, producers plan to add 88 milking does to herds in the next five years, and 30% of respondents plan to update their facilities and equipment within the next 15 years.

“It’s good to know that our industry is still moving forward and thinking about the future,” Bentley said. “... There’s reassurance that they are feeling that they’re profitable.”

With twice the herd size already of what the survey found was average, the Koopmanns said they have no plans to expand their operation but will remain in business for a long time.

“We’re right where we want to be,” Jack Koopmann said. “If you keep getting bigger, it starts this ripple effect where you’re managing people more than managing animals.”

“I would much rather manage animals than manage people,” Craig Koopmann added with a laugh.