Work continues Tuesday, Oct. 8, 2019 on the baseball field that will hold 8,000 fans to watch the New York Yankees take on the Chicago White Sox next August. 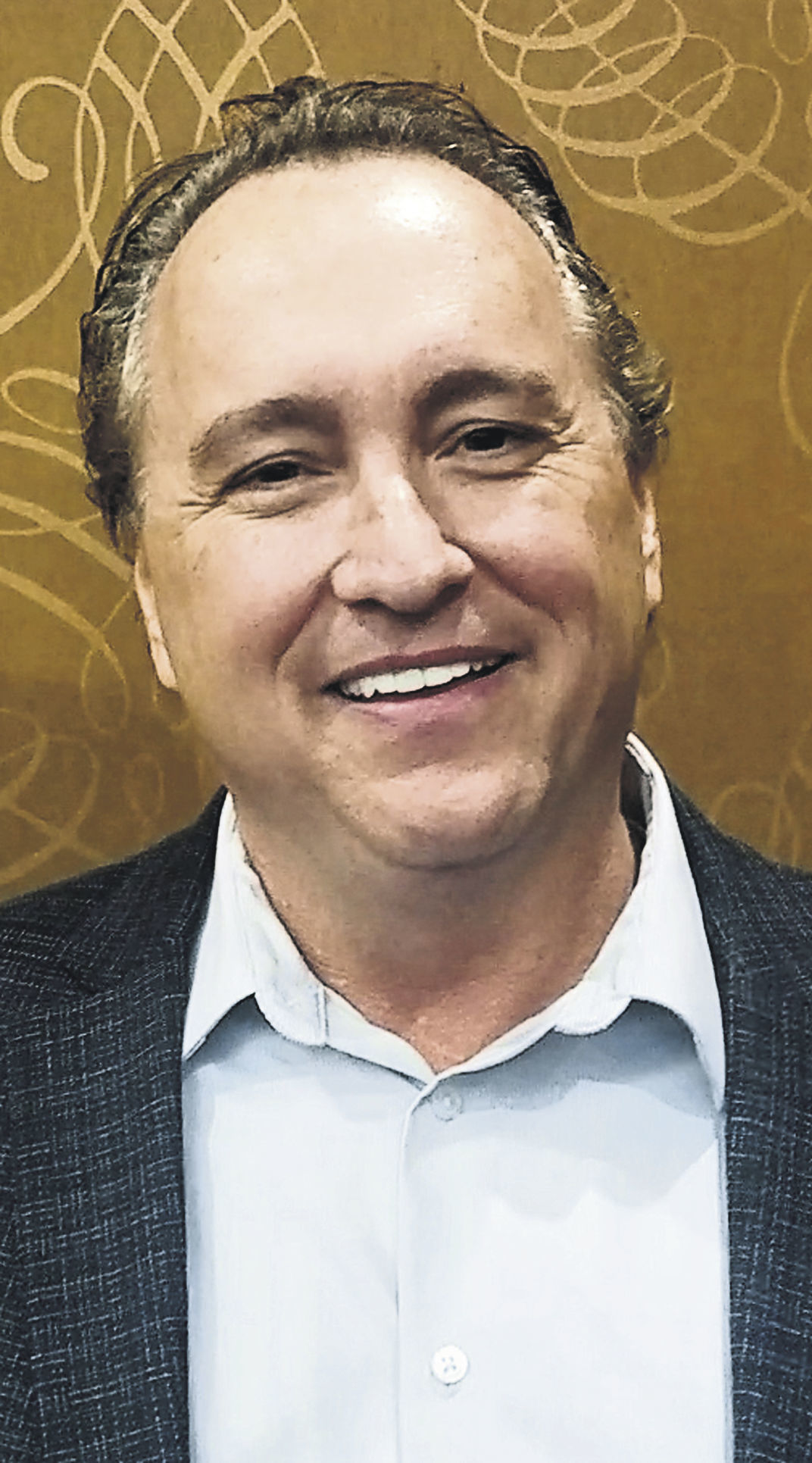 In about 10 months, the New York Yankees and Chicago White Sox will square off at the Field of Dreams in Dyersville, Iowa.

But Go The Distance Baseball CEO Thomas Mietzel suggested Tuesday that next summer’s game might only represent the tip of the iceberg for the iconic movie site.

“When wonderful things happen — like Major League Baseball coming — it creates momentum,” he told about 100 people at Holiday Inn Dubuque/Galena. “It puts wind in your sails, and it allows other things to fall into place.”

During the Dubuque Area Chamber of Commerce Power Hour event, Mietzel laid out a bold vision for the Field of Dreams. Go the Distance Baseball is the entity that owns and operates the movie site.

He told audience members that he hopes crews will break ground next year on a “pod” that would include six to 10 baseball diamonds for youth sports tournaments.

He also discussed his desire to see an indoor training facility at the site. The facility would span 40,000 to 50,000 square feet, and construction could begin as early as next year.

Plans for the pod and the indoor training facility have yet to be finalized, Mietzel cautioned. However, he said the exposure gained through the upcoming MLB game has helped move things forward.

“We are absolutely trying to capitalize on the game,” he said. “I’d be a fool not to.”

Other initiatives are moving forward at an even quicker pace.

Field of Dreams is just weeks away from selling dozens of different products through online retailer Amazon. Products will include shirts, bats and bobbleheads.

“We are a very seasonal business, and we only have a local reach,” he said. “Our website sales have never been stellar. My push is to grow us larger. And through Amazon, now I can do that.”

Moreover, Mietzel said crews will break ground on a new RV park on the Field of Dreams campus next year. The offering would include parks, picnic tables and electrical access for guests.

Finally, Mietzel hopes a barn on the property will be remodeled so it can host a restaurant and special events, including weddings.

The suite of offerings should address a longstanding problem for those overseeing the famous field.

“We have an iconic brand,” Mietzel said. “But over the years, it has been difficult to monetize it.”

Mietzel’s remarks came two months after Major League Baseball announced plans to host a regular season game at the venue. The Yankees and White Sox are slated to square off on Aug. 13.

Work on the future MLB field is underway. In addition to hosting that game, officials at Field of Dreams aim to host at least one minor league baseball game not long afterward.

Answering an inquiry from a member of the audience, Mietzel also expressed hope that the August matchup won’t be the only Major League game on the ballfield.

“Frankly, it is up to MLB, and we don’t get a say in it,” he said. “But I cannot see a scenario where they do not play another game at the Field of Dreams.”

About 8,000 people will be able to attend the Yankees-White Sox game. Mietzel said details about the availability of tickets likely won’t be unveiled until March.

Molly Grover, president and CEO of Dubuque Area Chamber of Commerce, called next year’s game “one of the hottest topics” of the moment.

“Our phone is ringing off the hook with people wanting tickets,” Grover said with a laugh, before clarifying that the chamber does not actually possess any tickets.

Grover also praised Mietzel’s vision for bringing other amenities and events to the site.

“The economic development opportunity this brings not only to Dyersville, but all of Dubuque County, is really unmatched and unparalleled,” Grover said.

Throughout his presentation, Mietzel frequently praised the intelligence and vision of his late wife, Denise Stillman.

Stillman purchased the movie site in 2012 and developed a new vision for the property that included a sprawling youth baseball and softball complex.

Stillman and Mietzel were married in 2016. Stillman died in November 2018 after a battle with cancer.

Mietzel on Tuesday credited her for the momentum now occurring at the ballfield.

“This was Denise’s dream, and I am just driving it forward,” Mietzel said.