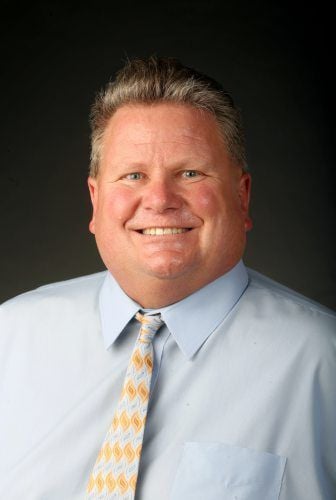 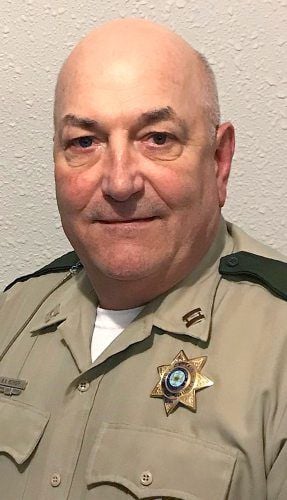 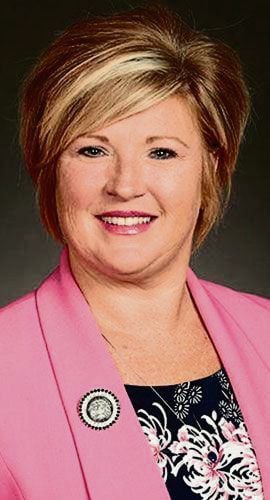 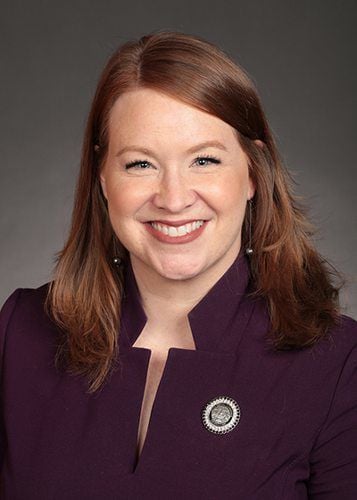 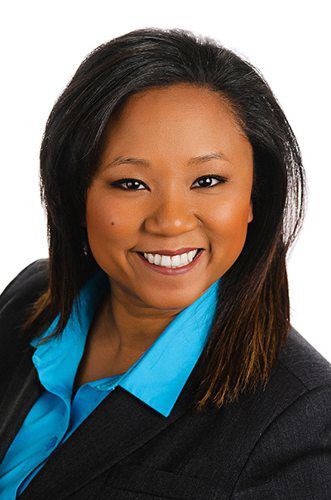 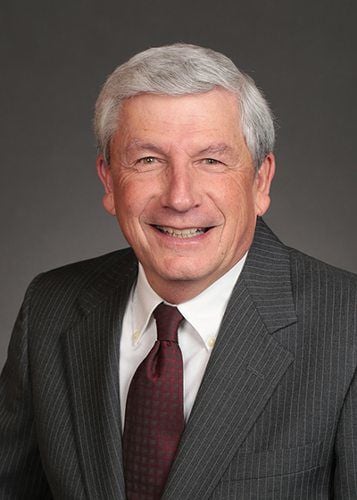 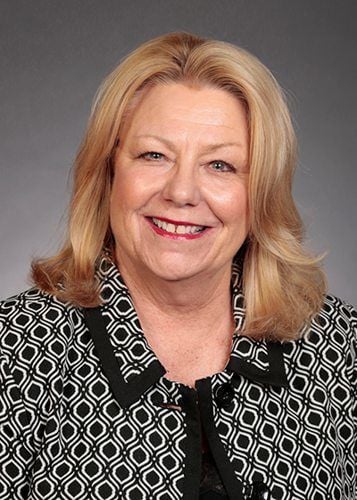 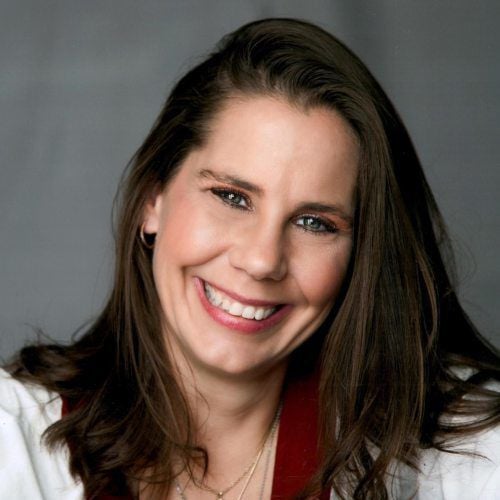 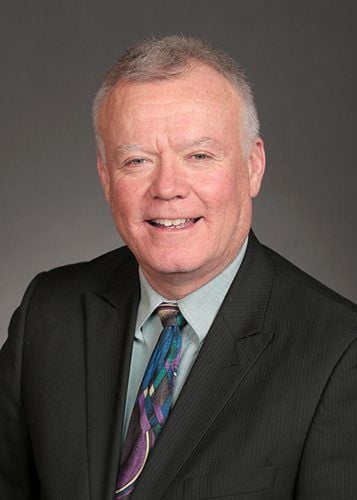 Ten candidates for Iowa Legislature and Dubuque County offices on Thursday offered their takes on helping their communities recover from the COVID-19 pandemic, along with other priorities they have.

The candidates shared their thoughts with Dubuque Area Chamber of Commerce members during a virtual forum ahead of the Nov. 3 election. The speakers represented are running for seats on the Dubuque County Board of Supervisors, Iowa Senate and Iowa House of Representatives.

During the forum, candidates were given four minutes to introduce themselves, state their priorities if elected and explain how they would help businesses recover during and after the COVID-19 pandemic. Some candidates also noted in their answers other efforts they support.

Dubuque County Board of Supervisors

County Supervisor Dave Baker, a Democrat, touted his leadership during the COVID-19 pandemic, saying he has worked closely with emergency management services to make sure health care providers and residents have needed personal protective equipment.

He said he also has put an emphasis on testing for the virus.

“At first when this started, testing was in short supply, and now, I think we’ve reached a good point in the number of people being tested,” Baker said. “Now, we need to get the results back faster and need to continue working on that.”

Harley Pothoff, the Republican running for Baker’s seat, said he seeks to bring characteristics such as honesty, integrity, transparency and a conservative voice to the county board.

He said he wants to work with the county, city and chamber to bring more businesses to the area and also would prioritize highway safety. Pothoff also noted his interest in water quality.

“We need to keep the nitrates and phosphates out of the water system, and working with the farmers is one of those ways that we can do that,” he said.

Iowa Sen. Pam Jochum, D-Dubuque, said the pandemic has exposed shortcomings in economic, health care and public health systems. One of the first things that state legislators should do is help families and businesses hit hardest get back on their feet, she said.

“Until we do that, the economy is not going to fully recover,” Jochum said.

She suggested steps such as tweaking existing programs to make more capital available for small businesses and looking at underutilized economic development programs to shift money into infrastructure needs such as expanding broadband.

Jennifer Smith, Jochum’s Republican challenger, said her priorities of education, jobs and quality-of-life issues all tie in with the pandemic.

She said one of the first steps to take is to open businesses as soon as possible, giving guidance on how owners can do so. She also said legislators can look at supporting businesses through steps such as low-cost loans and tax cuts.

“We need to give assurances to our businesses that once we do open with these guidelines that we’re not going to come in and shut them down again and change the guidelines on them,” Smith said.

Iowa Rep. Shannon Lundgren, R-Peosta, stressed the importance of supporting and reducing regulations on small businesses and family farms. She also touted her work on the House’s Human Resources Committee to make sure patients get needed care, especially in the area of mental health.

“We talk a lot about economics and how that is going to be affected (by the pandemic) ... but quite honestly, we have some definite mental health crises that we’re starting to see,” she said.

Lundgren also noted the importance of making sure rural Iowans can access what they need through efforts such as expanding broadband services.

Her challenger, Democrat Ryan Quinn, was invited to the forum but did not attend.

Iowa Rep. Lindsay James, D-Dubuque, stressed her passion for economic and racial justice and environmental protection, which she connected with her faith commitments. She also said officials need to ask why large wealth discrepancies exist nationally.

“That, I believe, is due to some systemic injustice that is built into our systems, so I am passionate about rooting those out,” she said.

She also noted that the vast majority of Iowa businesses have fewer than 500 employees, and the state needs thriving businesses to have a robust economy. Efforts in that area could include targeting state incentives to small businesses.

Pauline Chilton, James’ Republican challenger, said her platform is focused on education, economic growth and quality of life. She said a well-trained workforce will help the state grow, and she wants to promote programs that help startups gain access to capital and help existing businesses expand.

Chilton noted that the pandemic has caused immense collateral damage as businesses have been forced to close.

“I’d really like to look at ways to help our businesses to be able to rebound, putting policies in place for the next time something happens,” she said.

Iowa Rep. Andy McKean, D-Anamosa, said he is particularly concerned about challenges facing rural Iowans, given that his district encompasses all of Jackson County and portions of Jones and Dubuque counties.

He noted the importance of workforce development and said he is excited about programs being developed to help students prepare for jobs. The state also needs to make child care more accessible and affordable.

“I’ve worked very hard to … make certain that rural Iowa gets its fair share of economic development funds — we made a good start on that last year — and finally, to make it more possible to have health care, particularly mental health care, more accessible in rural areas,” McKean said.

Republican challenger Steven Bradley said that as a longtime dentist, he knows the importance of managing finances and wanting to see tax dollars spent responsibly. He said when he chaired the Iowa Dental Board, he worked with legislators to protect resident health and safety.

He also noted his belief that Iowa’s economy prospers when farmers are successful, as well as his support for the Second Amendment, less government control and lower taxes.

“I believe we should open up our schools and our businesses, and I support Gov. Kim Reynolds in the management of the pandemic,” he said.

Iowa Rep. Chuck Isenhart, D-Dubuque, said the pandemic has shown the vital connection between public health and the economy.

He said state legislators’ role is to make sure that public services on which businesses rely are sustained going forward. They also must listen to the needs of businesses and do their best to address the unique circumstances in which they find themselves.

“Our public health system has been, in my opinion, hollowed out at the national, state and local levels, and we need to figure out how to reinvest in that if we’re to be able to sustain our economy from these types of disruptions,” he said.