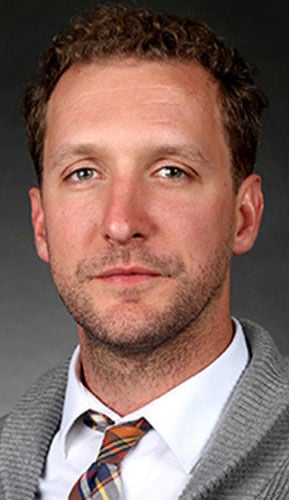 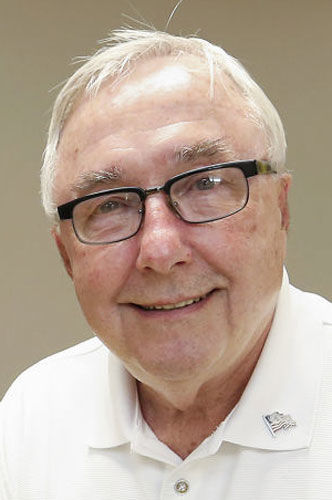 Area voters will have more options on caucus day, according to a list of satellite sites released last week by the Iowa Democratic Party.

These new satellite locations are part of a wider effort ahead of the 2020 presidential election to make the contest more accessible to more voters than ever. That starts with Iowa’s Feb. 3 caucus.

“Our goal has remained steadfast throughout this process — to make these caucuses the most accessible in our party’s history, and the satellite caucuses do just that,” IDP Chairman Troy Price said in a release.

Organizations and people were able to appeal to their local county parties or to the state this fall if they wanted a satellite in their orbit.

In Dubuque, one will be open on caucus day at the United Automobile Workers Local 94, 3450 Central Ave. Union President Dan White said the hall had been a traditional caucus location and has often been an election polling place in the past.

Leadership had not wanted members to miss out. White said they will be ready for about 150 caucus-goers.

Another site will be the Charles and Romona Myers Center at the University of Dubuque.

Also, the Edgewood Convalescent Home, 513 S. Bell St, in Edgewood, will host a site. Staff there confirmed this, but the administration did not return messages seeking further comment.

On the list of 99 satellite locations are one each in Scotland, France and the Republic of Georgia, as well.

“From Paris to Palm Springs, Iowa Democrats will be caucusing on

Stateside, but outside of Iowa, locations tend to be in snowbird states like Florida, Arizona and California, or college towns like Ann Arbor, Mich. Then, there’s one location in Washington, D.C., for elected or government officials and others who are there most of the time.

Caucus-goers at out-of-state sites must be a registered Democrat and complete the online pre-registration for their satellite caucus by Jan. 17. For in-state sites, caucus-goers do not need to pre-register for those that are open to the public.

The two teamed up on the Farmers First Act in 2018, which created competitive grant funding through the U.S. Department of Agriculture to state departments of agriculture, state extension services, nonprofits and tribes to establish helplines and websites, provide suicide prevention training for farm advocates, create support groups and reestablish the Farm and Ranch Stress Assistance Network, according to a release.

In the program’s inaugural year, the pair got just $2 million. For next fiscal year, that pot will grow to $10 million.

“I worked across party lines to include the Farmers First Act in the Farm Bill and now I’ve worked across the aisle to fully fund it because we need to help our farmers when they are dealing with stressful times,” Baldwin said in a press release. “Our Wisconsin farmers are facing many difficult challenges and we all need to work together to provide them the support they need, including more funding for local mental health resources.”

Wisconsin Rep. Travis Tranel, R-Cuba City, brought some fresh perspective on legislative dealings with the company of a familiar constituent.

Tranel shared on Facebook that when his wife Stephanie Tranel needed to travel, it was time for an impromptu take-your-daughter-to-work day.

“Testified on a really good bill (AB 383) I authored with Sen. (Howard) Marklein, (R-Spring Green), to even the playing field for (Wisconsin) businesses when competing with out-of-state firms ... but since Steph had to go to La Farge to welcome new employees to Organic Valley, I had some really good help,” Tranel wrote to go with a picture of him holding his young daughter. “Anyone who knows Quinn knows she could hold her own in this place, no problem!”

The bill would create a sales tax exemption for “tangible personal property that is temporarily stored in this state, if the property is to be used in a construction activity,” under specific circumstances.

Proposed rules out of the U.S. Food and Drug Administration would allow states to import specific drugs from Canada in an effort to lower drug costs.

U.S. Sen. Chuck Grassley, R-Iowa — long on the hunt for lower costs for pharmaceuticals — gave the plan his stamp of approval.

“I applaud President (Donald) Trump and (U.S. Department of Health and Human Services) Secretary (Alex) Azar for not succumbing to Big Pharma scare tactics and moving forward with this bold but thoughtful plan to finally allow more competition in the marketplace,” Grassley said in a release. “This proposal would ensure that any drug imported for sale to Americans abides by strict FDA health and safety standards. I look forward to closely reviewing this proposed rule and continuing to work with President Trump and Secretary Azar on bipartisan legislation to lower prescription drug prices.”

The rule mirrors a rule already passed by the senate in a bill Grassley co-sponsored with U.S. Sen. Amy Klobuchar, D-Minn., called the Safe and Affordable Drugs from Canada Act of 2019.