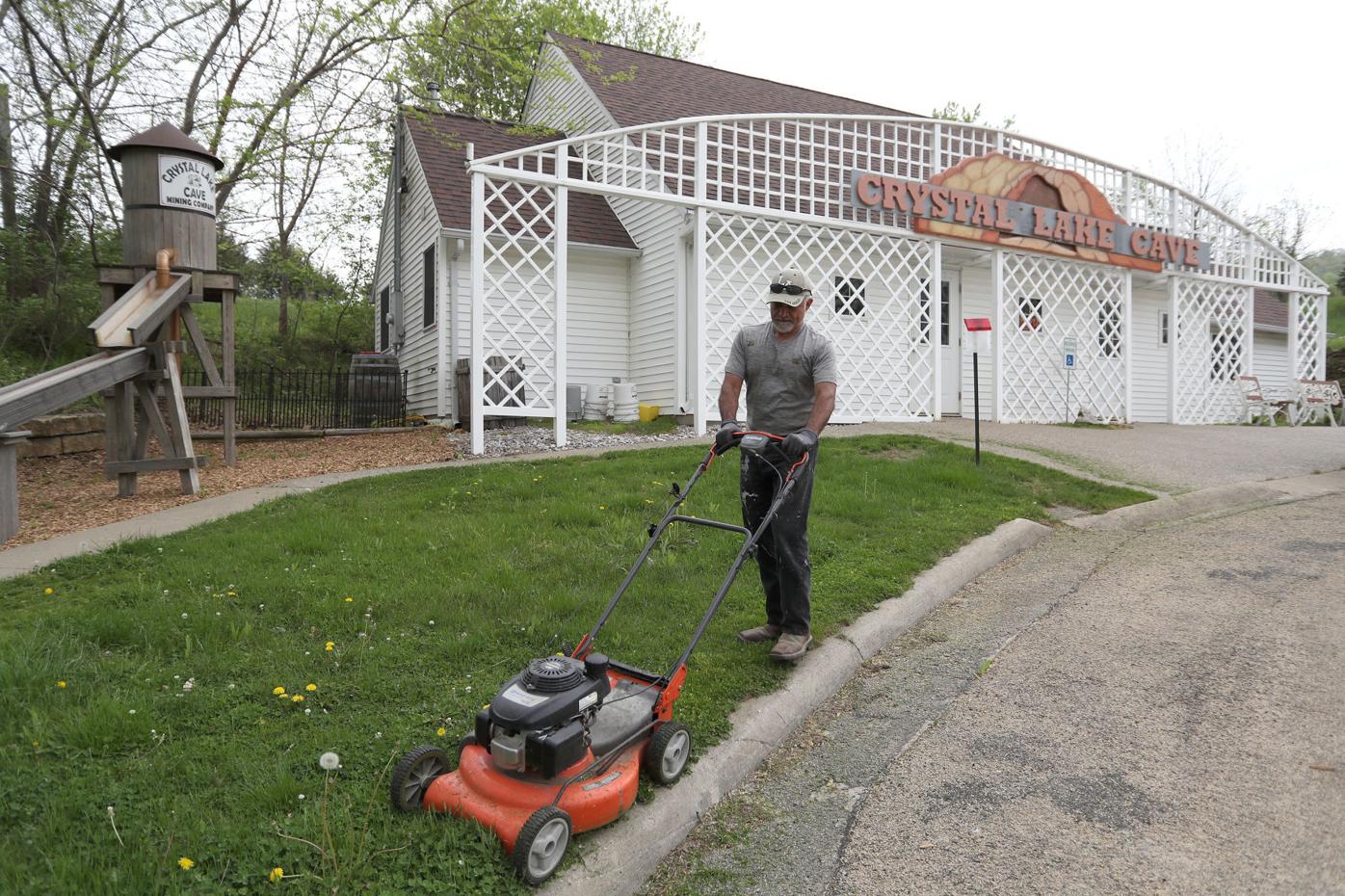 Manager Pablo Ramirez mows the grass at Crystal Lake Cave south of Dubuque on Monday. The business is set to reopen to visitors on weekends starting Saturday, May 8, and every day as of Memorial Day weekend. 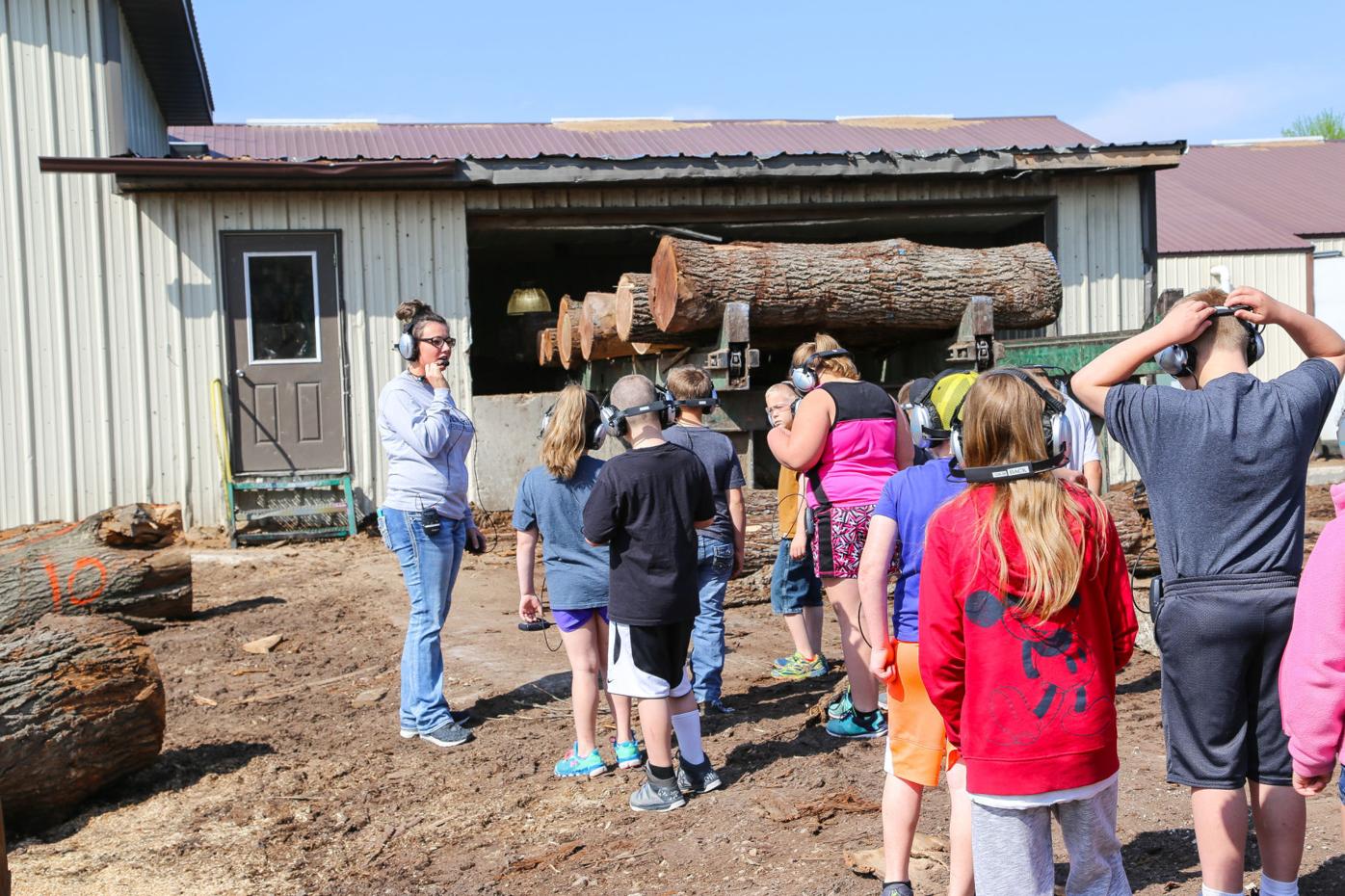 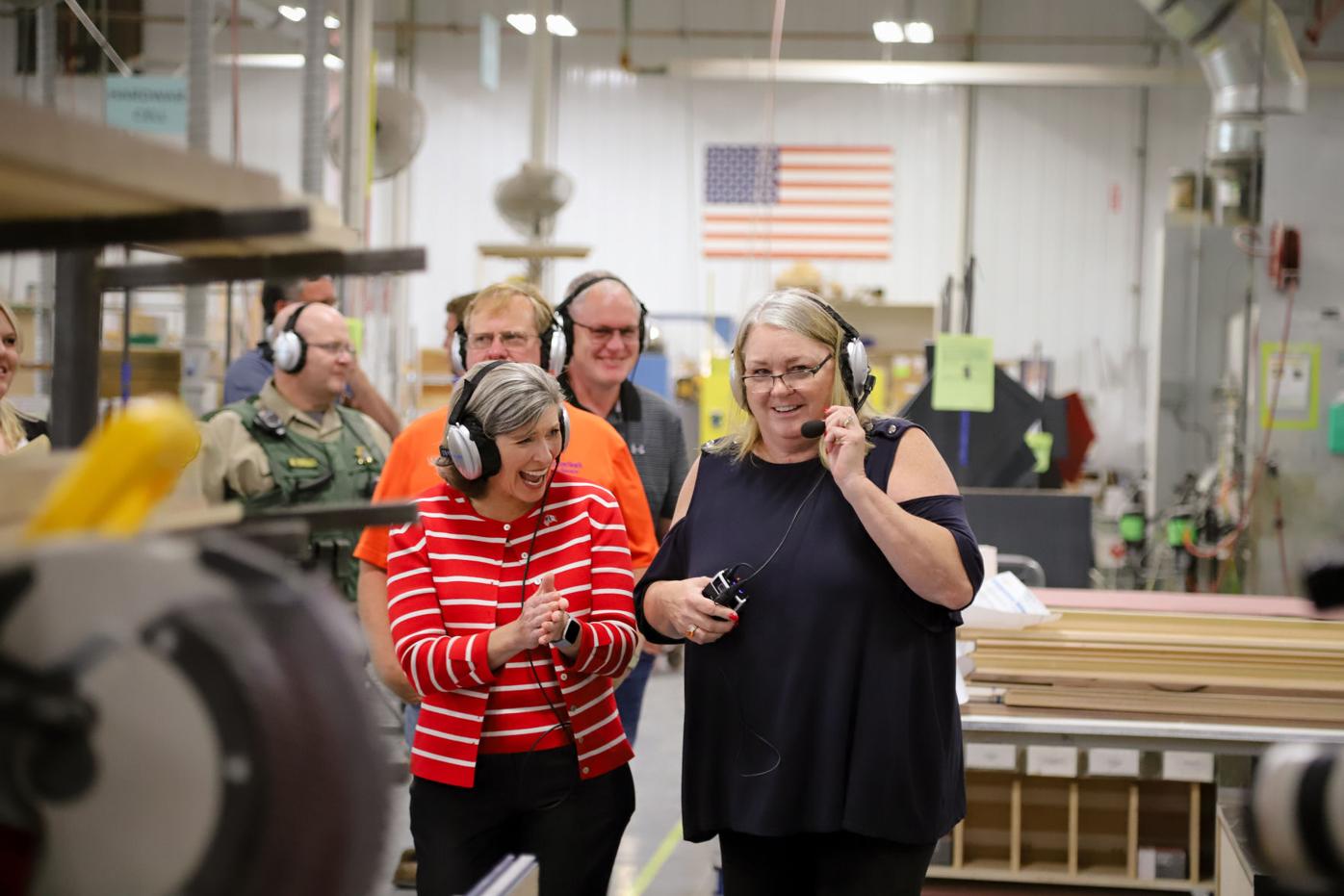 Manager Pablo Ramirez mows the grass at Crystal Lake Cave south of Dubuque on Monday. The business is set to reopen to visitors on weekends starting Saturday, May 8, and every day as of Memorial Day weekend.

After a lengthy closure and a heartbreaking loss, a Dubuque tourist attraction is slated to reopen this weekend.

Pablo Ramirez, one of the managers at Crystal Lake Cave, said the site will be open to visitors on weekends through the remainder of May, beginning this weekend. It will begin welcoming visitors every day as of Memorial Day weekend.

Like countless other entities, Crystal Lake Cave was adversely impacted by the COVID-19 pandemic. Concerns about the virus prompted the cave’s closure in the spring of 2020, and the attraction stayed closed for the remainder of the year.

With Julie no longer in the fold, however, the remaining staff found it difficult to move forward.

“We struggled to get everything back together and get back on our feet again,” said Pablo Ramirez, a manager of the cave and Julie’s ex-husband.

Ramirez said the cave normally would have opened earlier in the spring. While this year’s delay has been relatively brief, people have taken notice.

And after a year off due to the pandemic, many are champing at the bit to take another tour of the 3.5-mile cave.

“The phone keeps ringing with calls from people who want to know when we’re going to open,” Ramirez said. “People are excited to stop by here and to get their kids out.”

Crystal Lake Cave will be open from 9 a.m. to 5 p.m. on Saturdays and Sundays through May. Beginning Memorial Day, it will be open seven days per week.

A Dubuque-headquartered company specializing in architectural and engineering services has rebranded.

The company formerly known as IIW is now going by the name Origin Design, according to President and CEO Pat Ready. The branding change took place Monday.

Ready framed the branding change as the culmination of a lengthy and detail-oriented process.

“We began to look at our brand about two years ago,” he said. “Everything was on the table: our colors, how we talk about ourselves, we even put our name out there (for a potential change).”

Origin Design employs 72 employees, including 55 that work out of its headquarters in Dubuque, located at 4155 Pennsylvania Ave. The company also has an office in Davenport and a satellite office in Shullsburg, Wis.

Ready said that the previous moniker, IIW, was based loosely on the fact that the firm provided services for customers in Iowa, Illinois and Wisconsin. That name became less appropriate when the firm further developed business in Minnesota.

On top of that, Ready noted, another local business has a name similar to IIW, which sometimes created confusion.

The new name will be incorporated into the company’s website, marketing materials and signage, Ready said.

The rebranding comes as Origin Design is on the cusp of another exciting development. Ready noted that the company will move its headquarters to 137 Main St., occupying a portion of the Platinum building, in August.

A major Edgewood employer soon will resume its popular facility tours for the first time since March 2020.

Kendrick Inc. will offer its first tour in nearly 15 months on Thursday, May 6. After that date, tours will be available weekly on Tuesdays and Thursdays.

The tours can be an eye-opener for many.

“Not a lot of people know what a sawmill does,” Kluesner said. “We start our tours where we unload the logs, and you see the start-to-finish process.”

The tours also give attendees a glimpse at how products such as cabinets and wood signs are created.

Cabinet makers stopped making in-house visits to see their clients. Meanwhile, fears of the coronavirus led to a significant reduction in business travel.

The company’s retail shop, The Markket, was forced to shutter for a few months, beginning in the spring of 2020. The Markket reopened a few months later, but company officials were reluctant to bring back the tours.

Kluesner is excited that Kendrick is now able to resume them.

“It brings quite a few people from cities like Dubuque and Waterloo into our community,” Kluesner said. “But it’s not just people from here in Iowa. We’ve had people from all over the United States.”

It won’t be long before employees once again are working with large tour groups.

Kluesner said about 70 third-grade students will visit this week. Because Kendrick has established 50 as the maximum tour group size, the students will be split into two groups.

In addition to showing visitors around the Kendrick facility, the tour provides an opportunity to educate attendees on a range of topics. Kluesner said tours touch on concepts such as supply and demand, sustainable harvesting, the incorporation of technology and value-added processes.