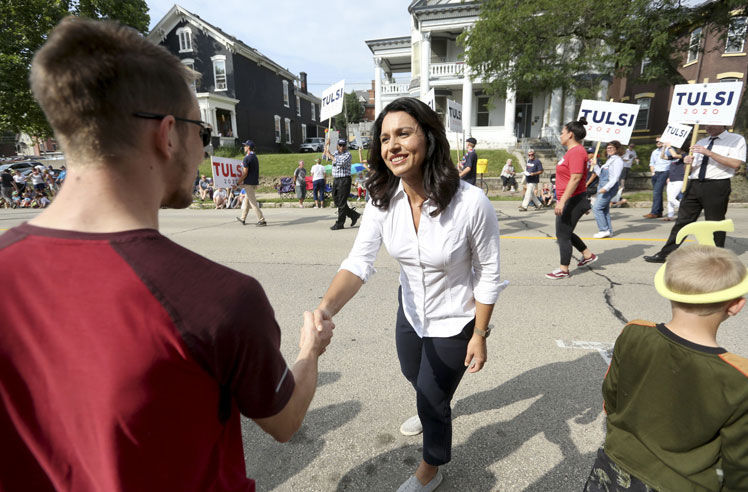 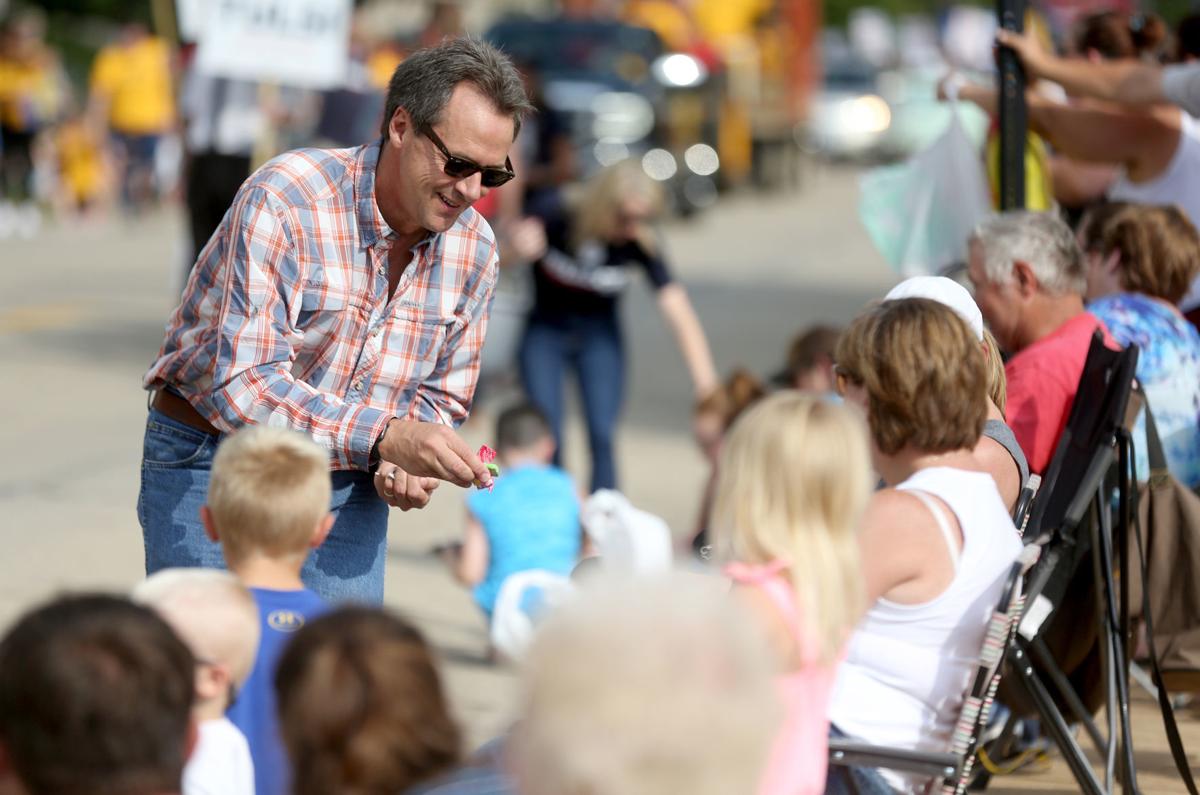 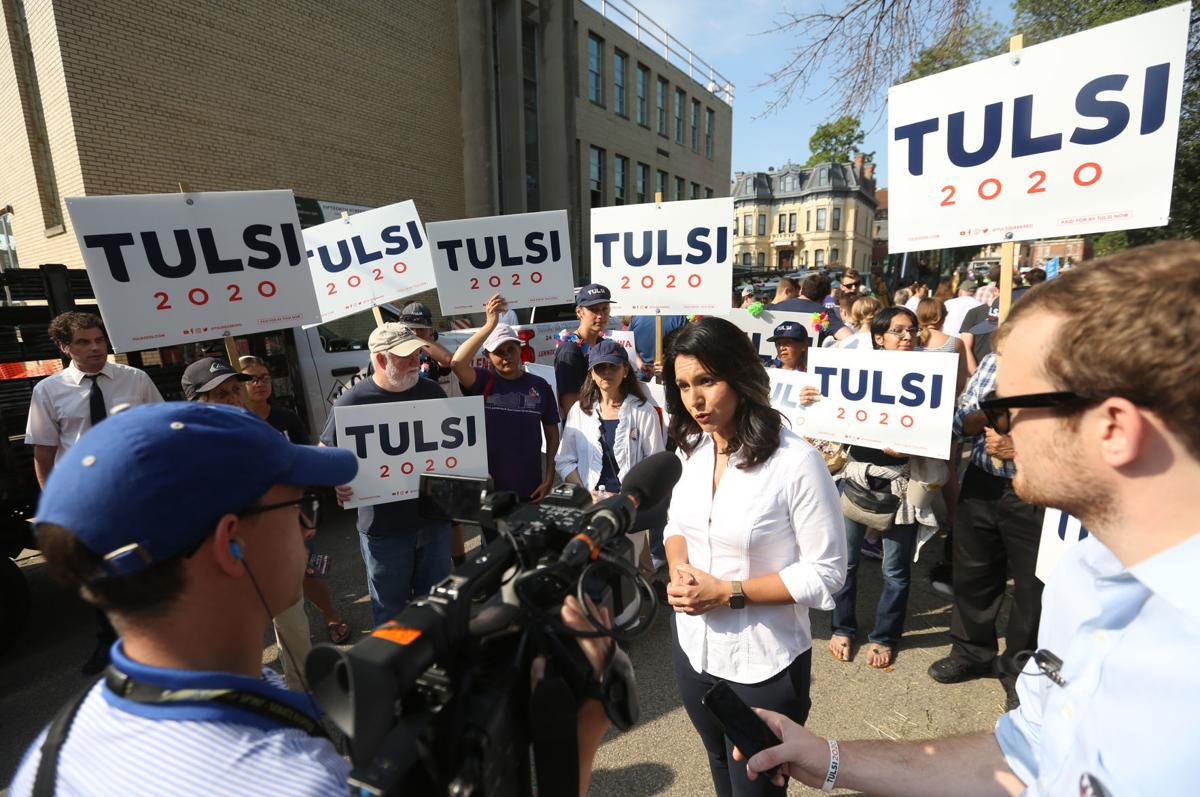 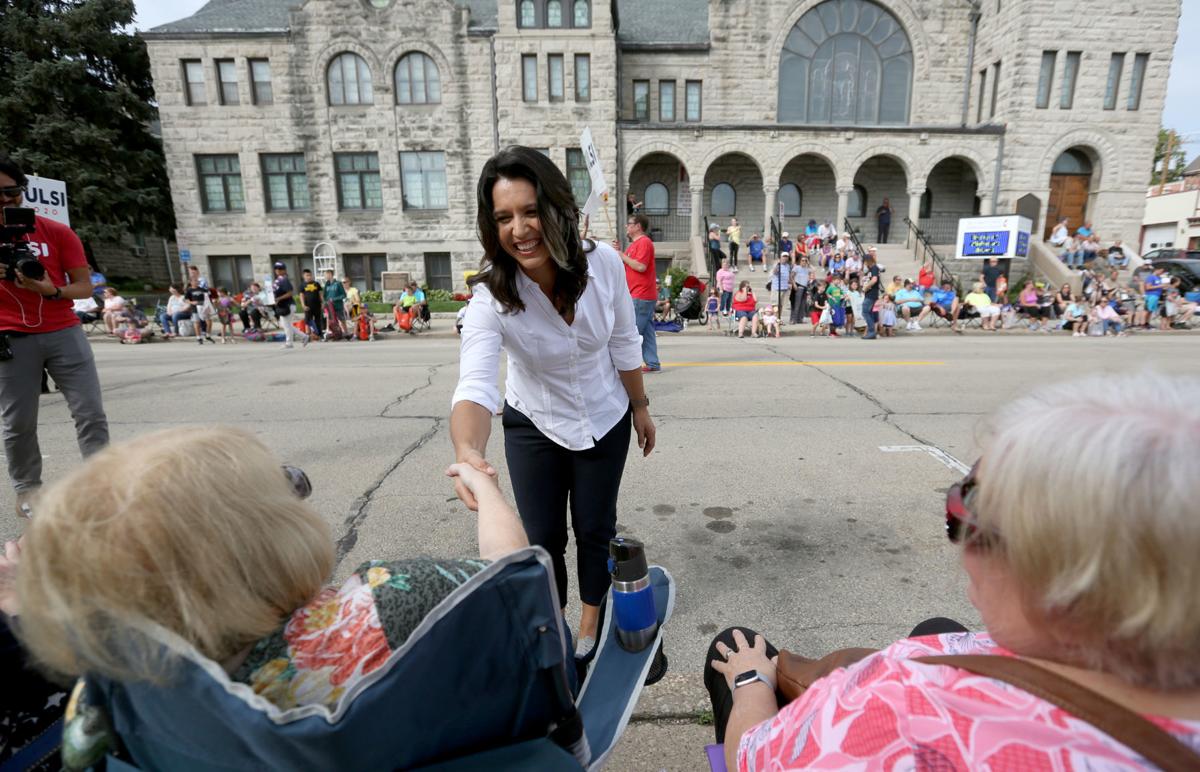 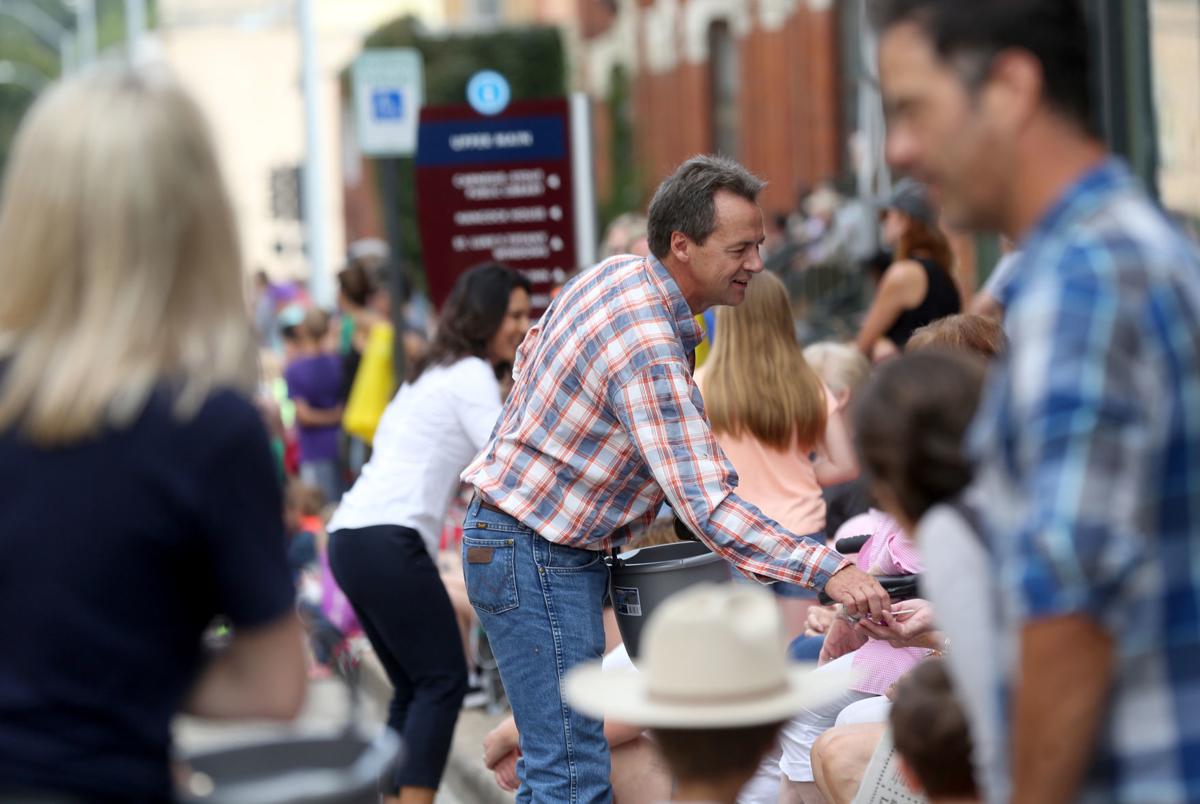 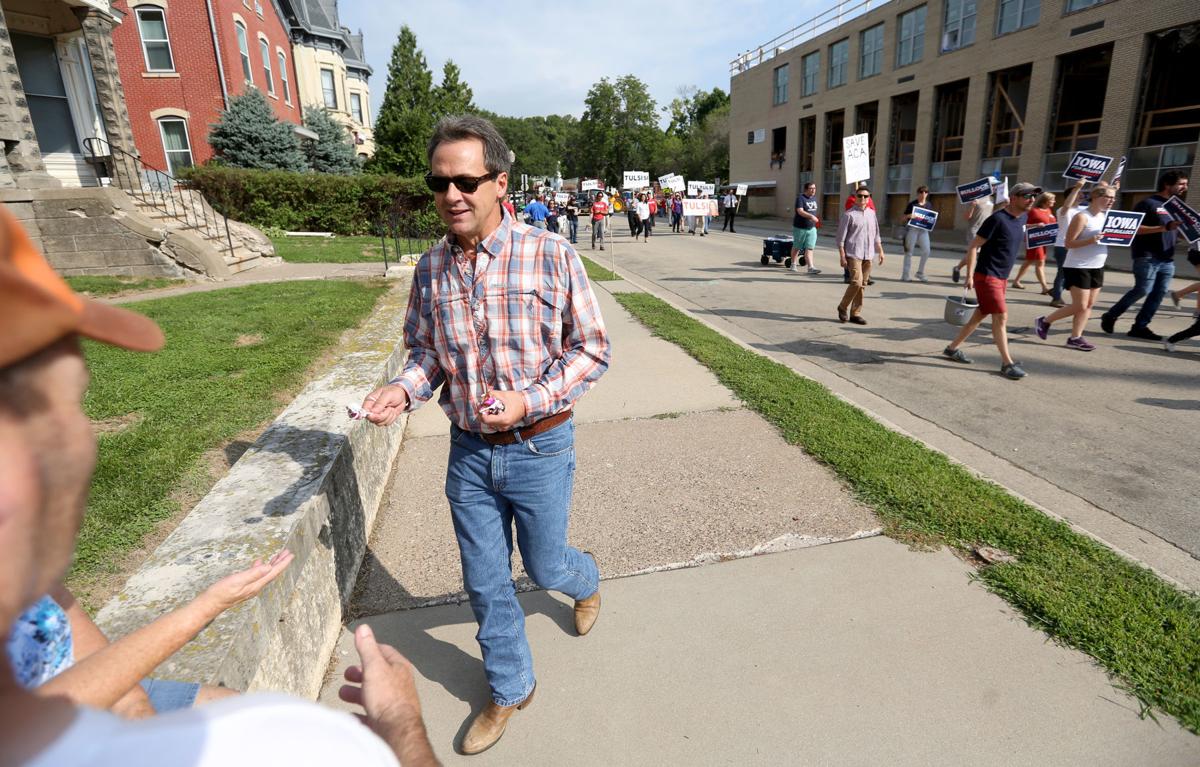 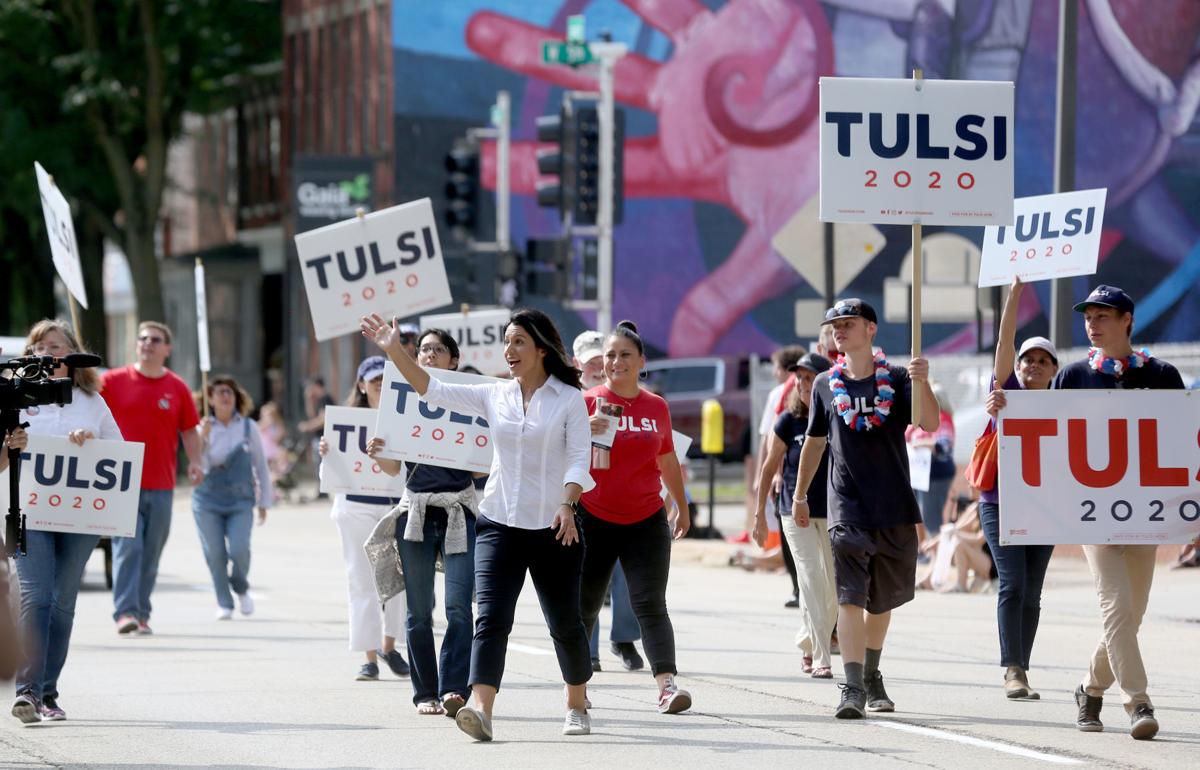 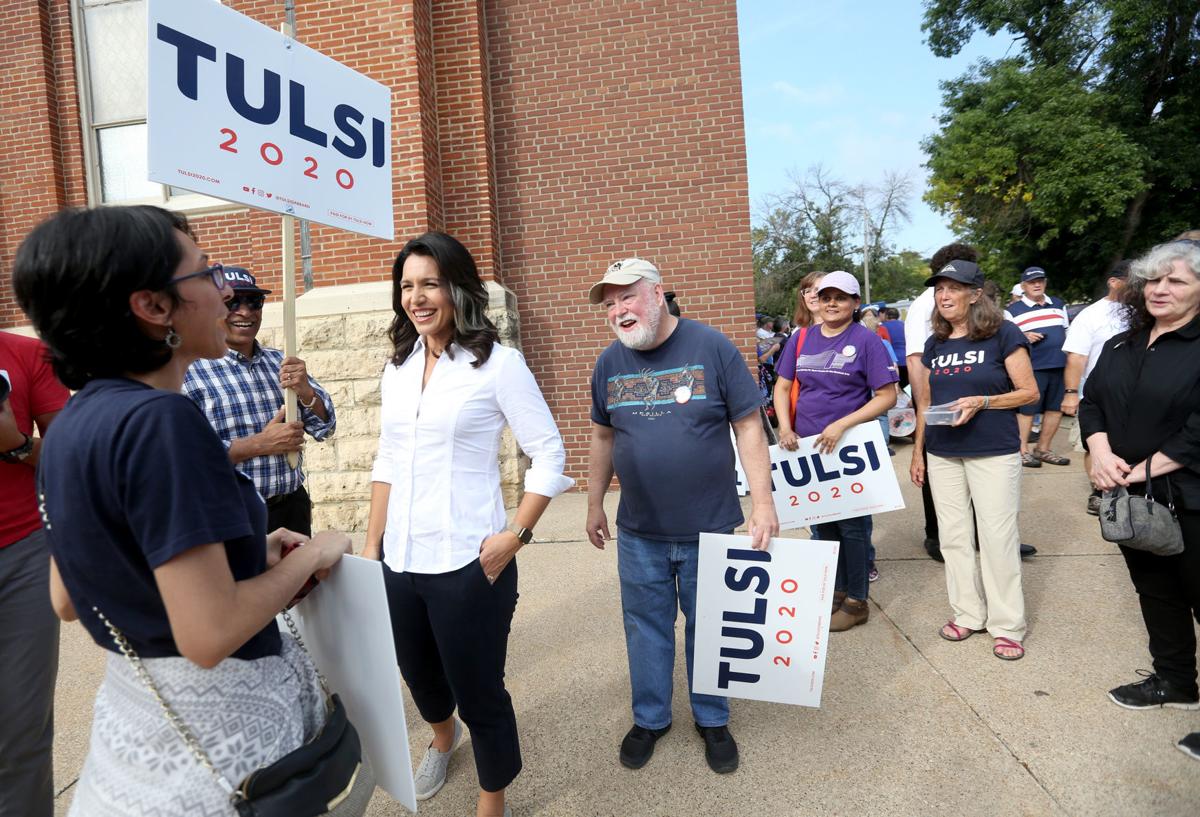 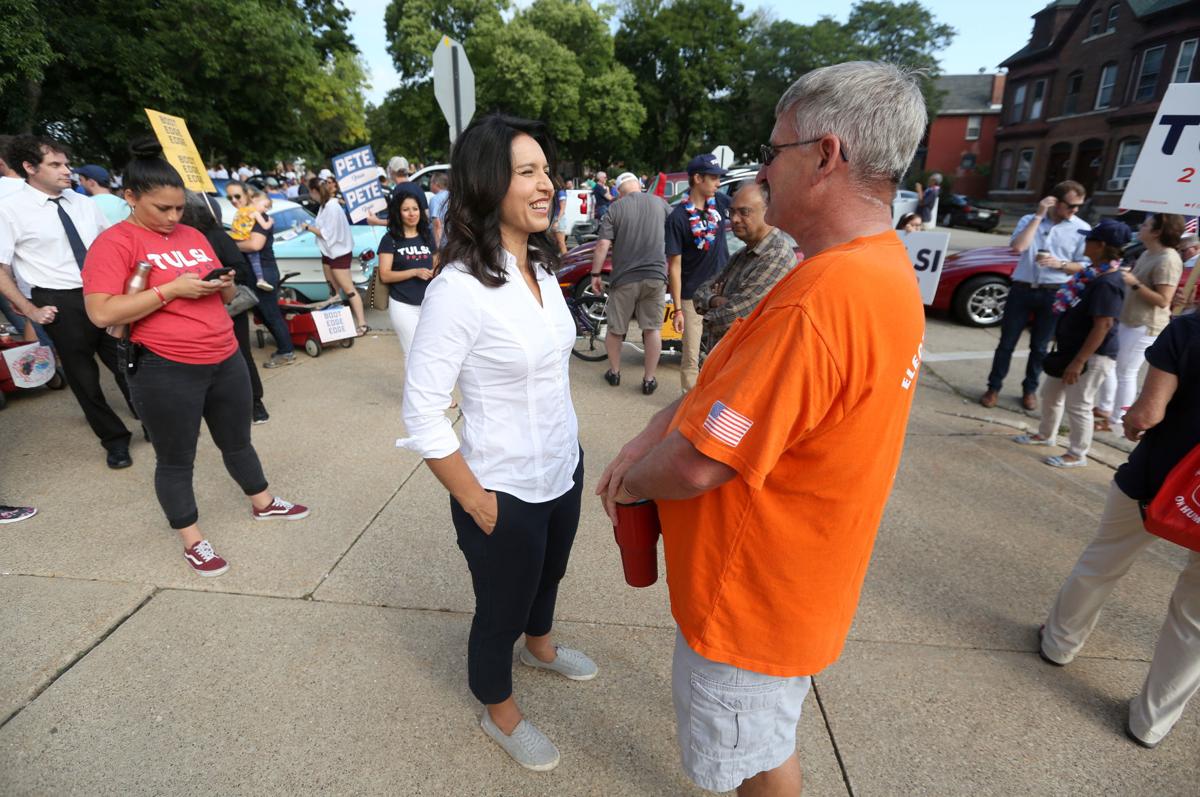 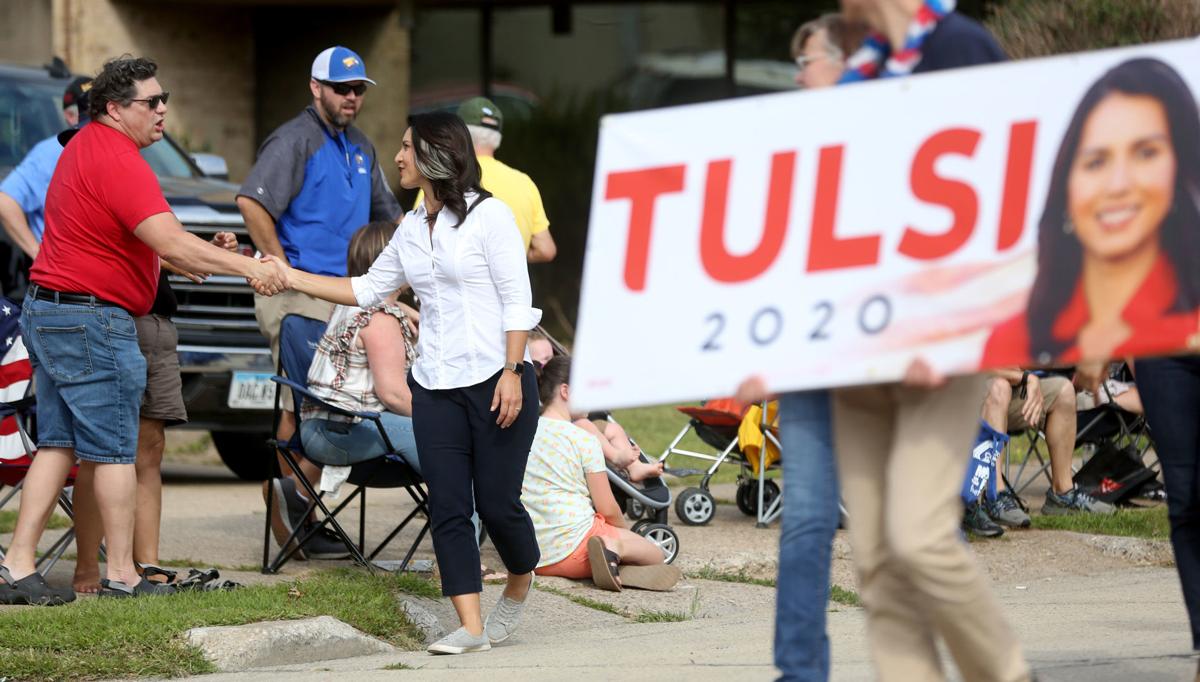 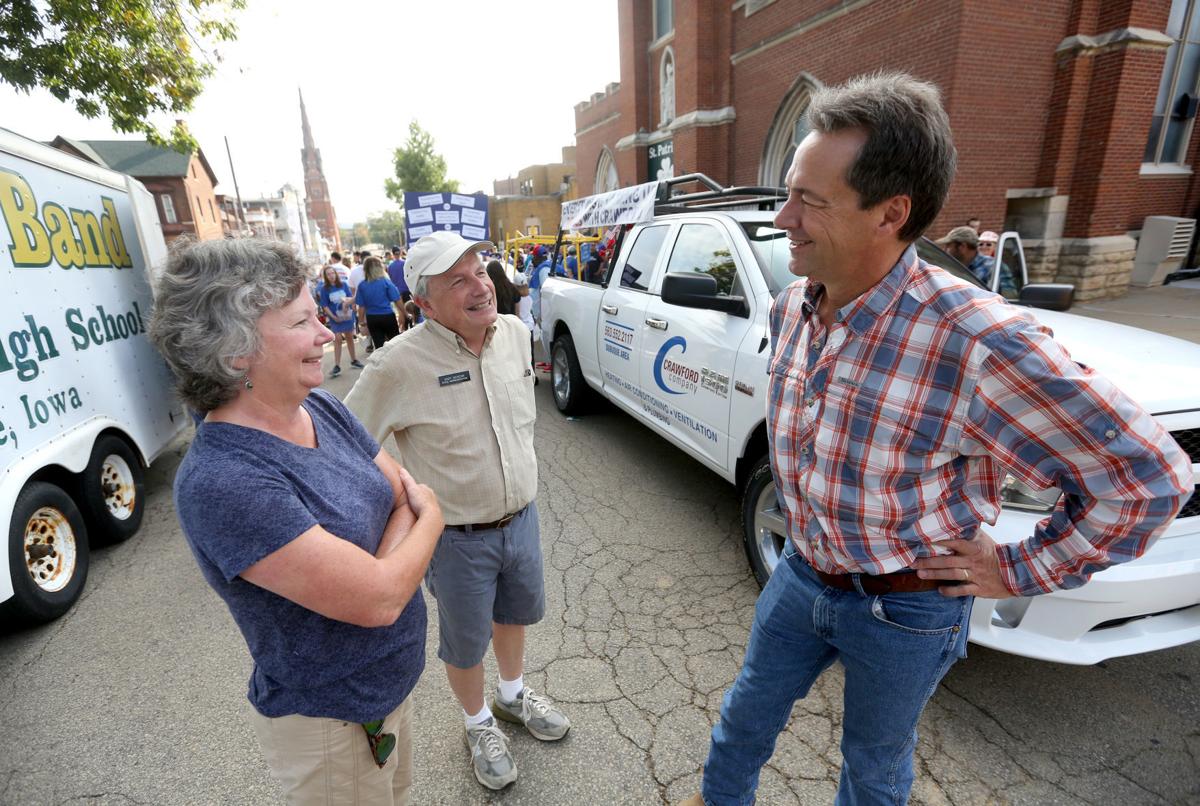 There was a double serving of Democratic presidential candidates Monday morning in Dubuque.

Montana Gov. Steve Bullock and U.S. Rep. Tulsi Gabbard, of Hawaii, participated in this year’s Dubuque Labor Day Parade, marching down the streets and shaking hands with as many bystanders as possible.

With their entourages of supporters shouting their names behind them, Gabbard and Bullock greeted attendees of the parade in the hopes of winning over voters ahead of the first-in-the-nation Iowa caucuses in February.

Gabbard stuck largely to handshakes, while Bullock gave out handfuls of candy. Both candidates made sure to emphasize their support for organized labor.

“Labor Day is about celebrating America’s workers,” Gabbard said. “It centers around fighting for quality of life for men and women.”

Bullock said he believed the city’s history with labor unions made it an ideal place to celebrate the holiday.

“Dubuque really demonstrates the power of organized labor,” Bullock said. “They put together a great parade, but it’s also a great community.”

Both Bullock and Gabbard continue to struggle to build support in a crowded field of candidates vying to face President Donald Trump in the 2020 election.

Neither is among the 10 candidates slated to participate in the next Democratic debate later this month in Houston. To qualify, candidates had to secure 130,000 unique donors and receive at least 2% support in at least four approved public opinion polls by last Wednesday.

Bullock criticized the benchmarks last week, saying, “Our rules have ended up less inclusive ... than even the Republicans.”

The two candidates continue to take different approaches when trying to woo voters, and both of those strategies were on display Monday.

Bullock touts his election success, noting that he is the only Democratic presidential candidate who won a gubernatorial contest in a state that backed Trump over Hillary Clinton.

His Dubuque stop was part of his four-day “Statehouse to the White House” tour, which featured stops in counties that backed Barack Obama in 2012 before flipping to Trump in the last election. The tour included stops in Elkader on Saturday and Manchester on Sunday.

Bullock sees Dubuque County as another county where he can garner support.

“We’re in a county that didn’t vote Republican since (Dwight D.) Eisenhower (in 1956),” Bullock said. “We gotta be able to win back places that we have lost. I am the only one in this field that has actually won a Trump state.”

Gabbard has worked to distinguish herself from other candidates by emphasizing her foreign policy positions. They include her opposition to foreign-intervention strategies and what she describes as regime-change wars, including the country’s current involvement in Syria.

Throughout the parade, supporters of Gabbard could be heard shouting chants of “peace” and “end war.”

Many parade-goers were surprised to see the presidential candidates walking through downtown Dubuque.

Alexis Brimmer, of Dubuque, wasn’t entirely aware of who was coming up to her to shake hand.

“I didn’t really know who they were at first,” Brimmer said. “I think it’s nice that they are out here meeting people.”

Judy Schmidt, of Dubuque, said she was thrilled to see both candidates.

To her, potential leaders of the country should always take the time to participate in events like Monday’s parade.

“I think it’s wonderful that they came out and shook hands with everybody,” Schmidt said. “That’s what America is. They should be out talking with people and listening to what concerns them.”