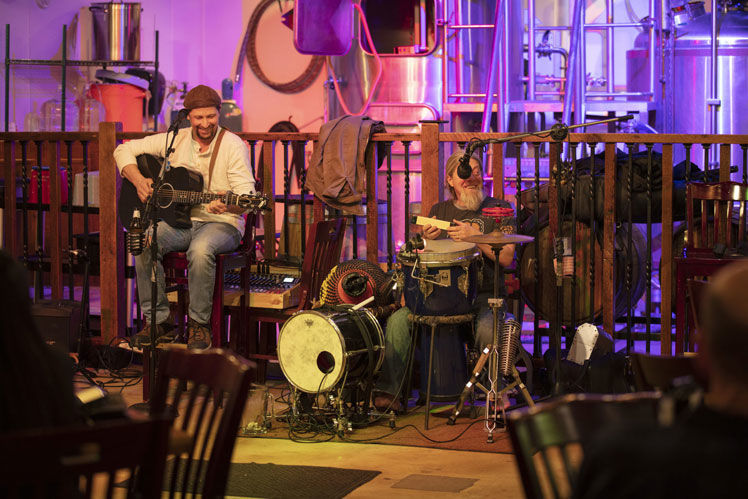 The Kampfire Kings performed recently. The site often hosts acoustic acts, as they fit the mood of the venue. 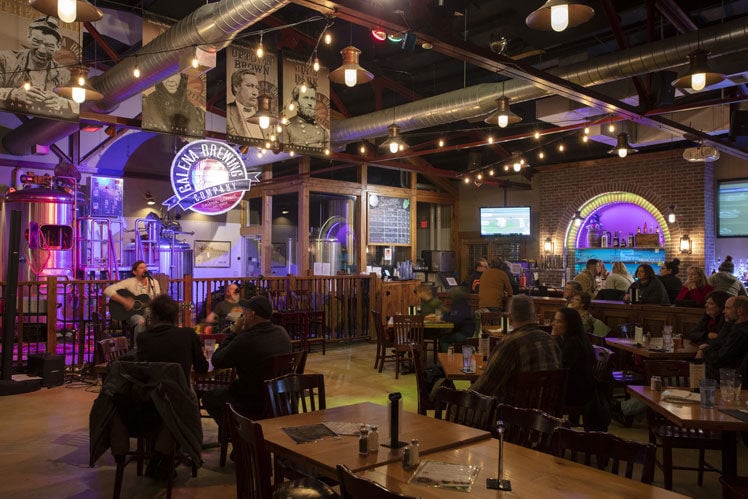 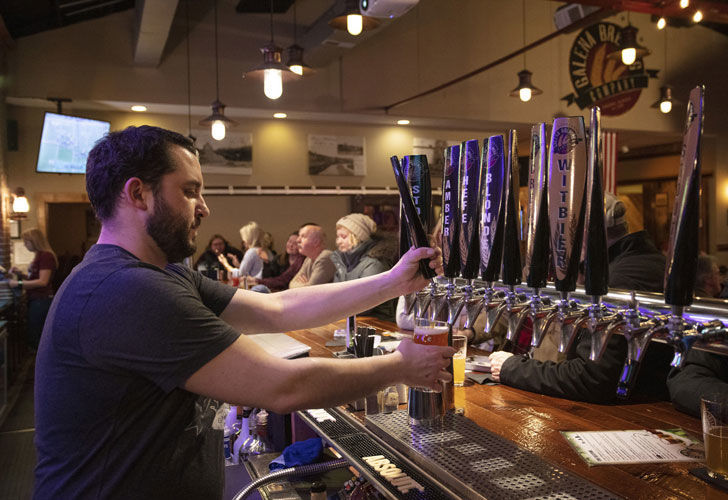 Jason Parker works at Galena Brewing Co. The brewery opened in 2010 in a building that once housed a funeral home. 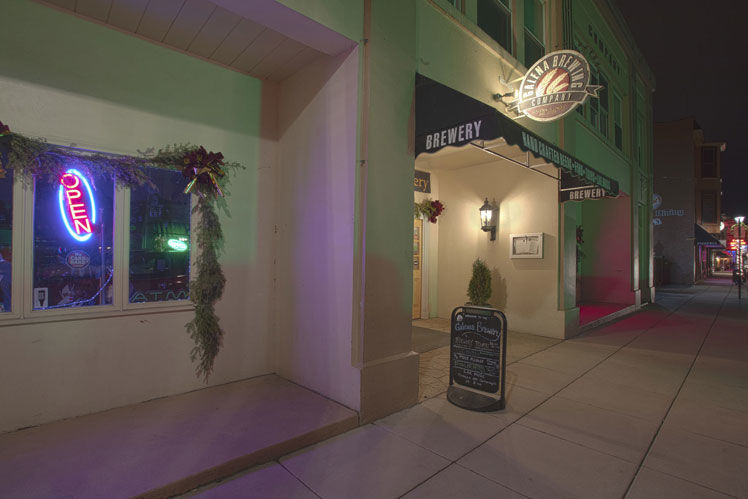 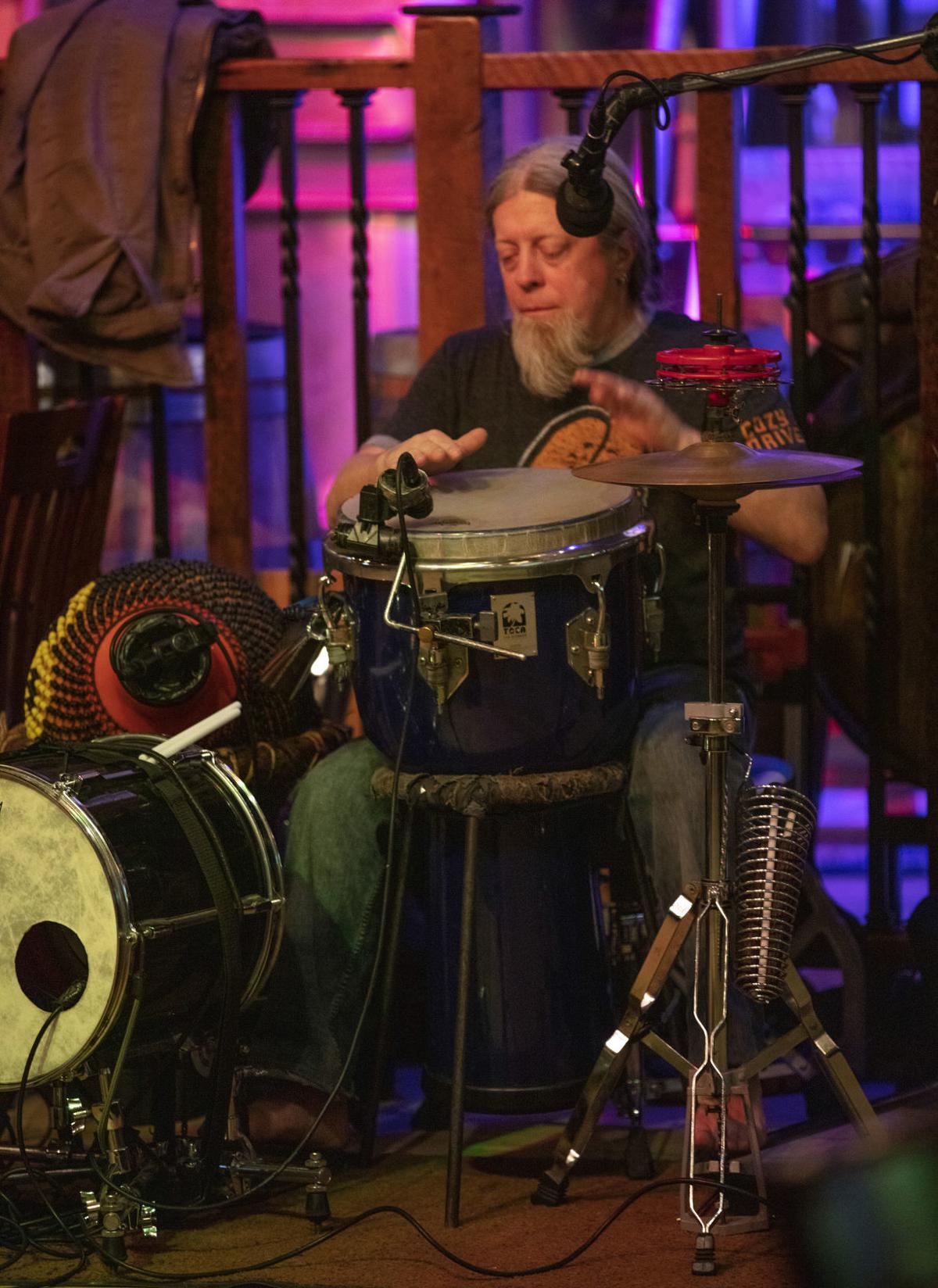 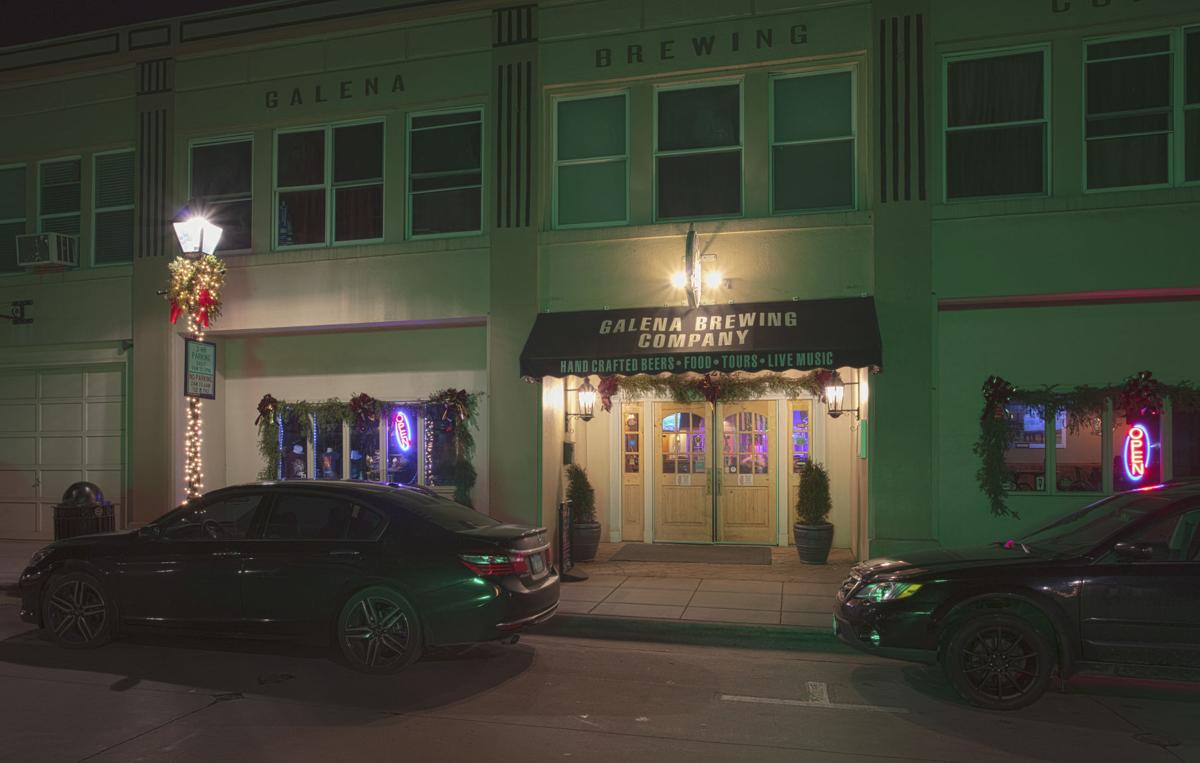 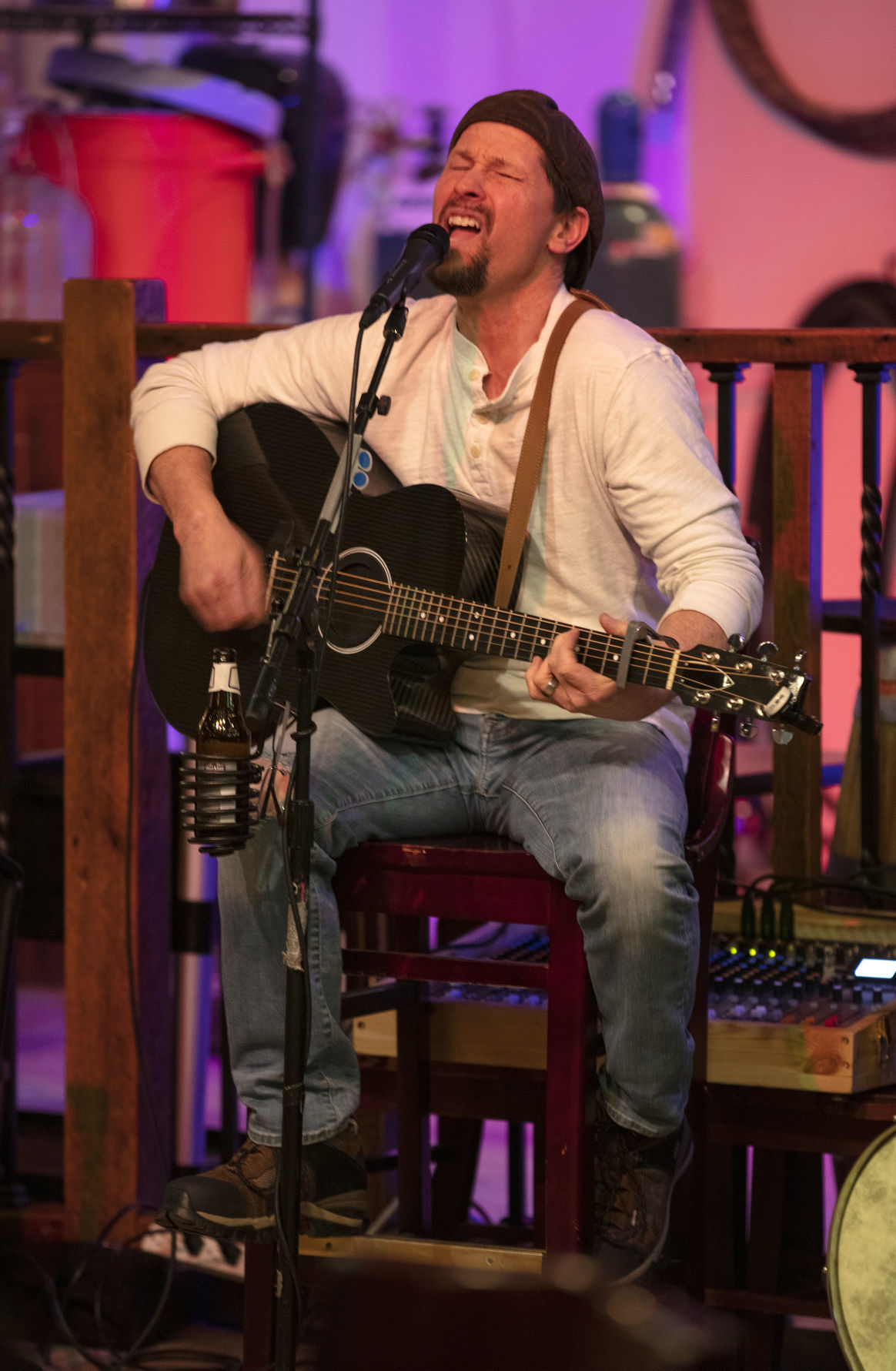 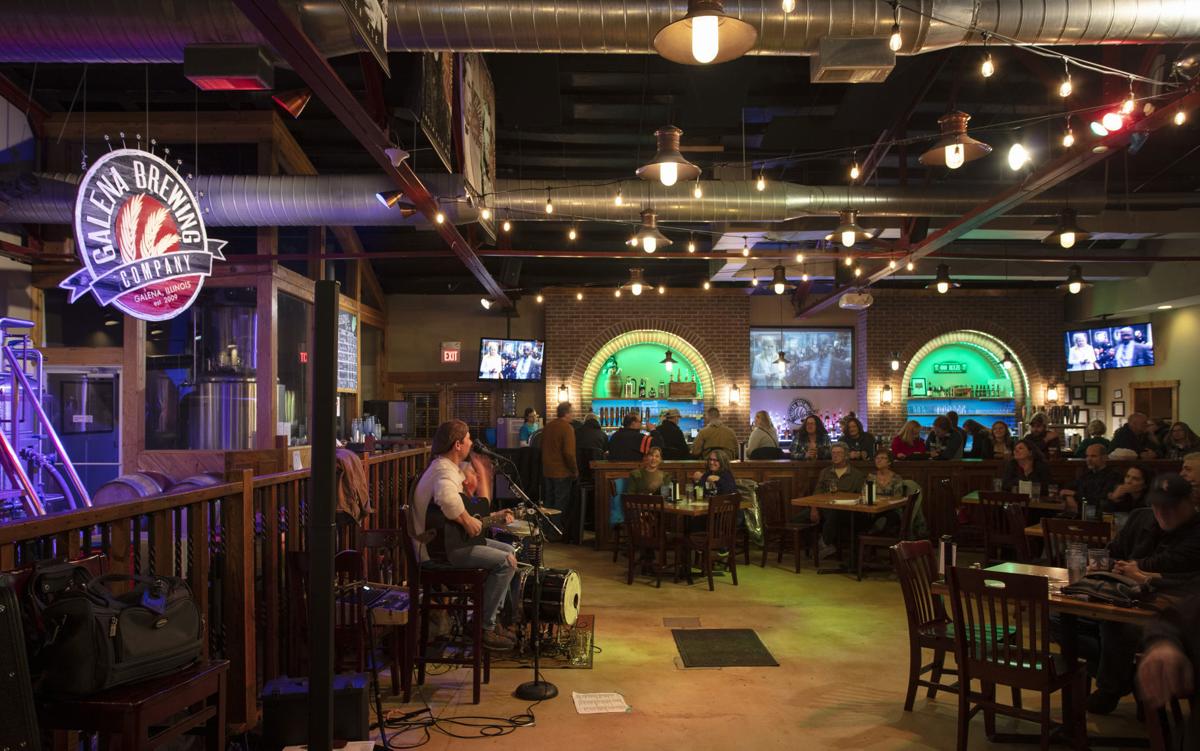 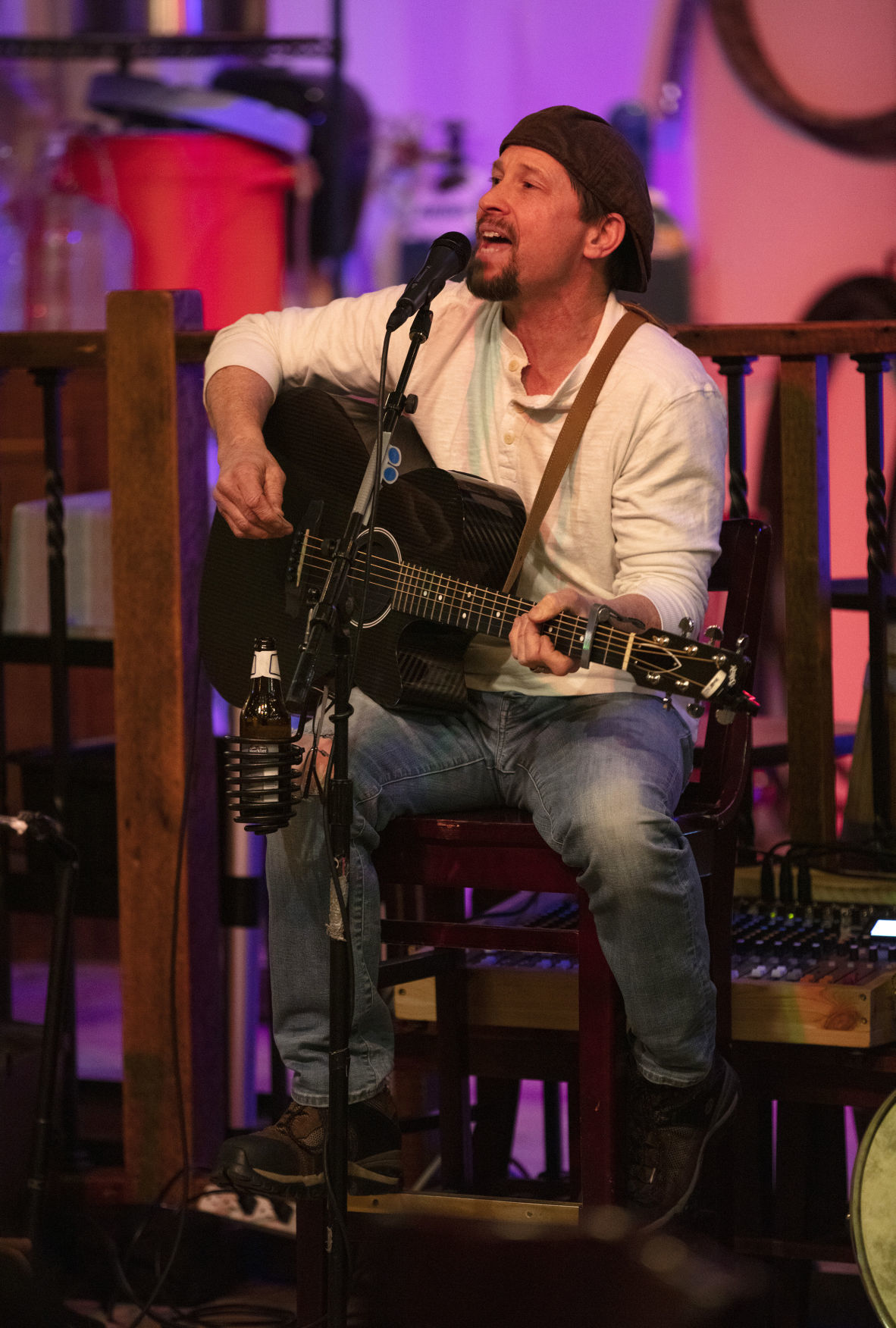 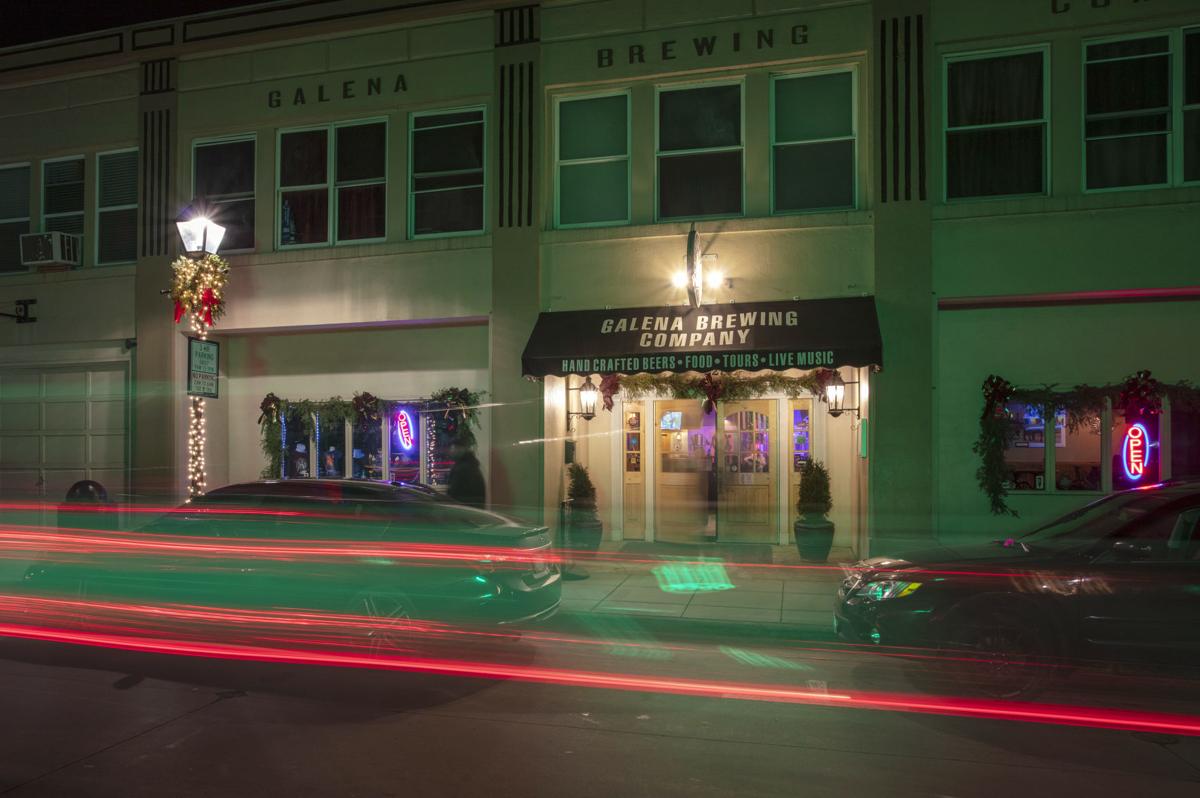 The Kampfire Kings performed recently. The site often hosts acoustic acts, as they fit the mood of the venue.

Jason Parker works at Galena Brewing Co. The brewery opened in 2010 in a building that once housed a funeral home.

GALENA, Ill. — The gentle strumming of an acoustic guitar. The clacking rasp of an afoxé. Musical duo The Kampfire Kings used their 11 years of experience to set the tone perfectly Saturday night.

In the spacious hall of the Galena Brewing Co., the two musicians put their twists on the songs from artists like Paul McCartney and Paul Simon, rendering them a complementary piece of atmosphere and harmony.

When each song finished, a calm but encouraging audience would applaud in response, then another song would begin.

“We want it to be informal and casual,” Bell said. “You get to hear great music, and it’s all very relaxed.”

For the past nine years, the Galena Brewing Co. has hosted live music nearly every weekend, inviting local artists from throughout the area to come and play.

Bell first opened the brewery in 2010 with his wife, Kathy. The building originally was a funeral home, and the Bells believed it would serve perfectly as the home for Galena’s local brewery.

Bell said the brewery is designed to feel inviting, like a home out in the country. The walls are lined with red brick and barn wood, warmed by the soft glow of ceiling lights.

For Bell, the bands and the beer should complement each other, which is why every act plays in front towering brewing kettles and tanks.

The credo is fairly simple: Come for the beer or the music, but enjoy both.

Through time, the sound of the music played at the brewery has changed. Initially, bands with as many as 10 members were allowed to perform, but Bell eventually realized that small, acoustic acts better fit the mood that he wanted to create.

Acoustics were another issue. The spacial main hall would traditionally make for a poor sound that was prone to echoes, so Bell had sound-absorbing panels installed throughout, even under some seats, to make for a more ideal listening experience.

“We wanted to make sure the bands sound good and right for the place,” Bell said. “It’s music that we like to hear, so we also want it to sound right.”

Jimmy Berg, the percussionist for The Kampfire Kings, has played at the Galena Brewing Co. several times, and every time, the crowds have been receptive.

“I like that it basically has a built-in crowd,” Berg said. “People are coming for the brewery, and they also get the bonus of enjoying some live music.”

Bell said he is experimenting with different types of live performances. Most recently, a dueling pianos act was brought in to play. However, he believes the smaller acts that play relaxing, acoustic classics likely will remain the venue’s mainstay.

“We’ve really come to love the bands that play here,” Bell said. “It’s the kind of music that we think everyone can enjoy.”