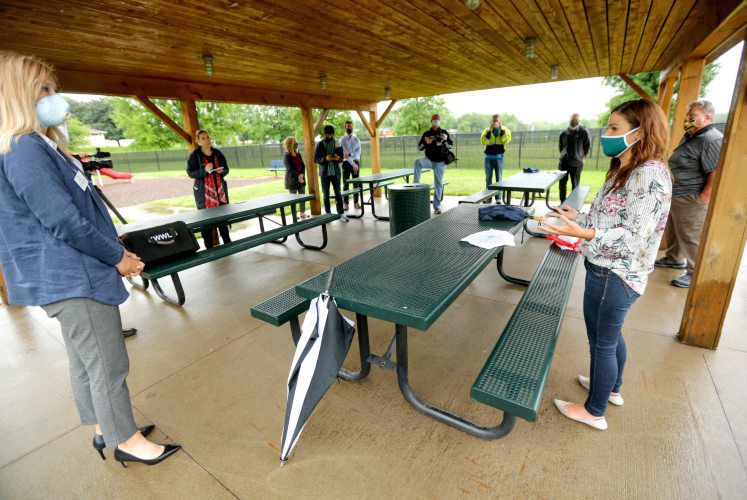 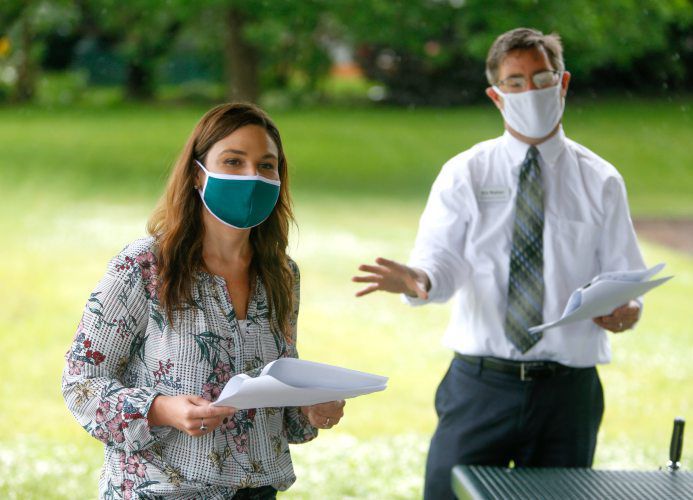 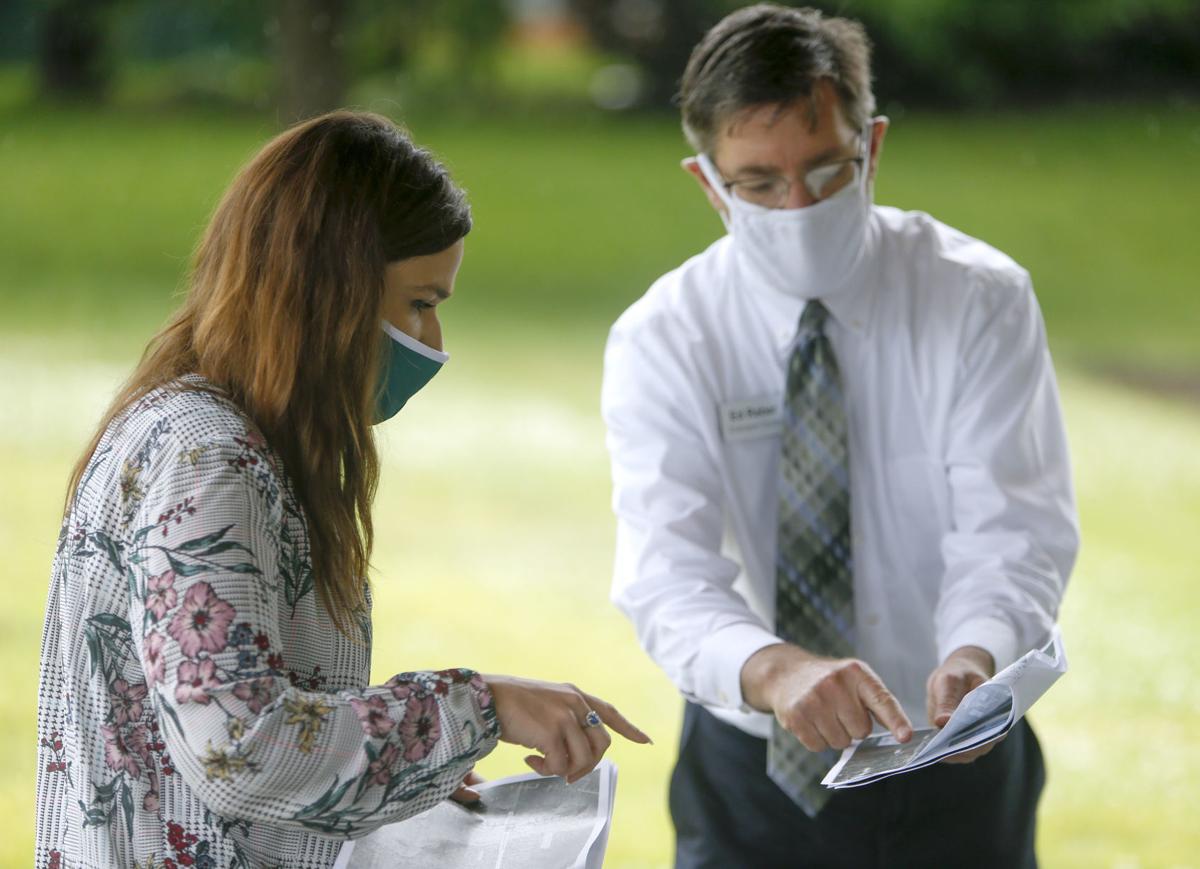 DYERSVILLE, Iowa — U.S. Rep. Abby Finkenauer, D- Iowa, drove through parts of Dubuque County on Monday while hearing about projects that local leaders hope would be supported by a $500 billion infrastructure investment package introduced by Democrats in the U.S. House of Representatives.

“There is so much that needs to get done, and I just want to make sure our folks in Iowa have the tools to actually get these dollars in because what we put together in this package has so many different things that could help us,” Finkenauer said.

The first stop in Finkenauer’s tour was Peosta, where Finkenauer heard about the safety concerns that have been raised regarding the intersection of U.S. 20 and Thunder Hills Road.

For drivers on Thunder Hills Road to turn east toward Dubuque, they have to cross the westbound lanes of U.S. 20 and sit in a median until traffic clears for them to enter the eastbound lanes. When westbound on the highway returning to Thunder Hills Road, residents said, the exit lane is too short, and they worry about being rear-ended as they slow down.

“One of my bipartisan bills we worked on was called the Rural Road Safety Act, and that bill actually got put into the Invest Act,” she said. “That would directly make the (Iowa Department of Transportation) go look at these types of intersections, assess them and also help fix the problem.”

The last stop of the tour was in Dyersville, where city officials have applied for a federal grant for three bridge projects totaling more than $19 million.

“As you stated, bridges are in disrepair, and as our cities are growing, we need more new bridges,” Michel said. “The new bridges can help interconnect the city.”

Although Dubuque County works with its surrounding cities on projects and needed improvements, sometimes the local funding is not enough, said Dubuque County Supervisor Dave Baker. That’s where funding sources like the $500 billion INVEST ACT could help with projects like the bridge construction in Dyersville.

“Even if the county and city partner on things, there are times where the federal government needs to prop us up and help with some of the bigger projects, and this is certainly one of those,” he said.