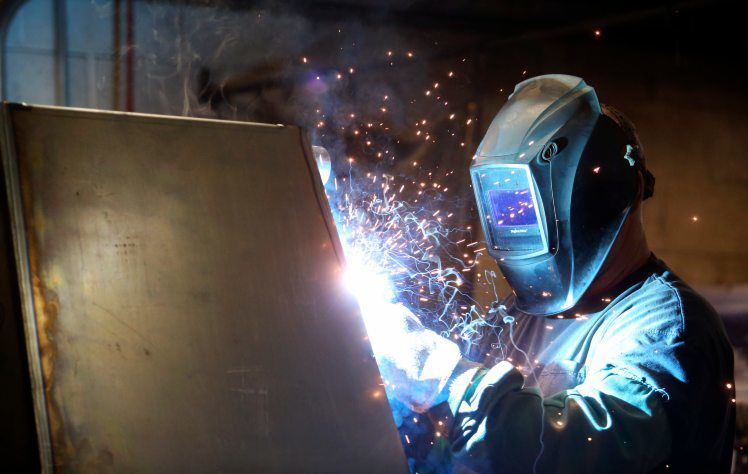 Randy Diesing welds a hydraulic tank at T&J Manufacturing in Maquoketa, Iowa. The company has been producing specialized parts for almost 40 years. It also builds niche products, such as a lowering device that can be used during burials. 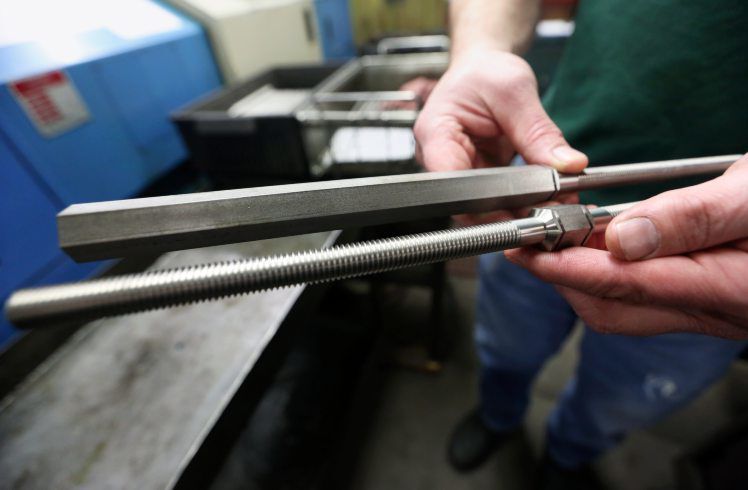 A before and after of the manufacturing of a turnbuckle screw. 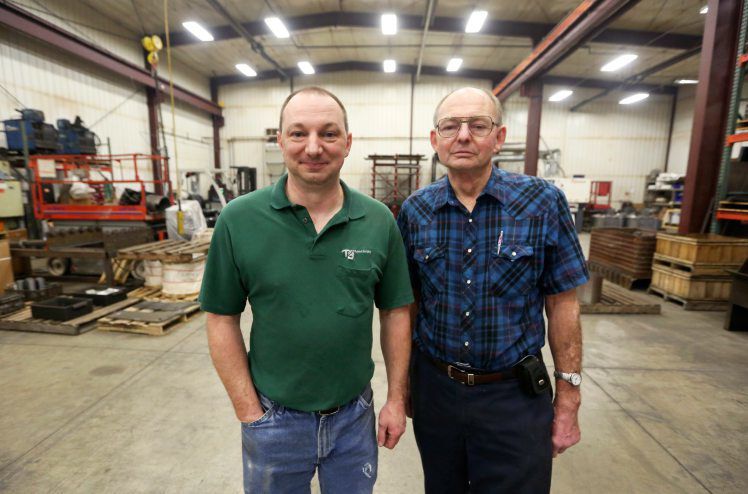 Jeremy Gilmore (left) and his father, Tom Gilmore, are with T&J Manufacturing. 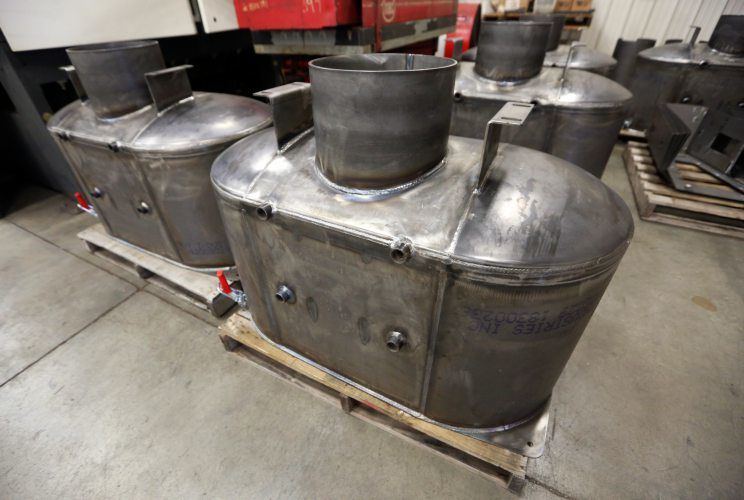 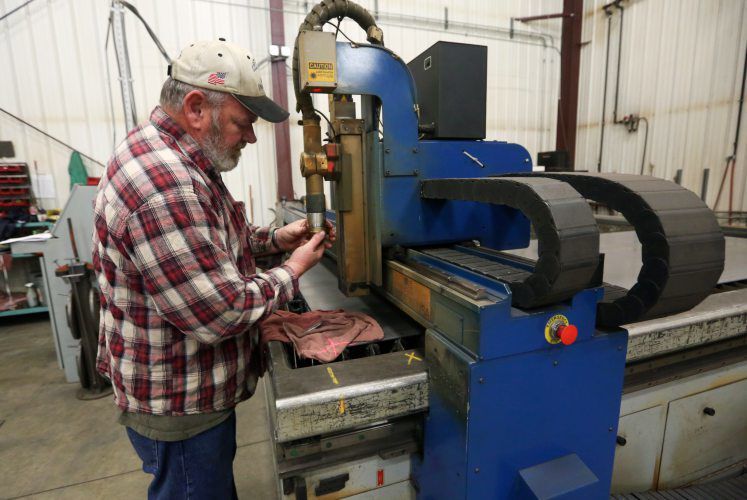 Jim Ingles prepares a CNC plasma cutter for a job at T&J Manufacturing in Maquoketa, Iowa. 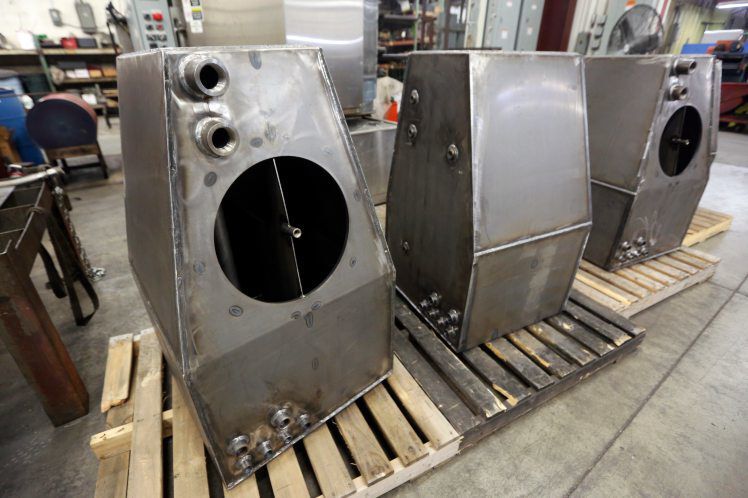 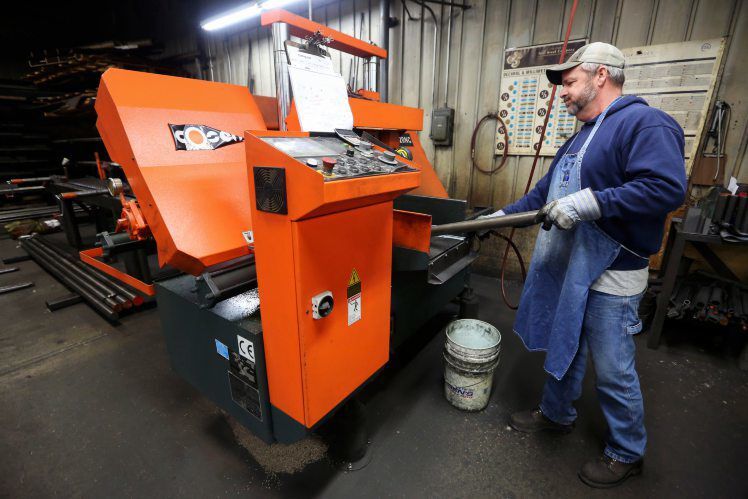 Randy Diesing welds a hydraulic tank at T&J Manufacturing in Maquoketa, Iowa. The company has been producing specialized parts for almost 40 years. It also builds niche products, such as a lowering device that can be used during burials.

A before and after of the manufacturing of a turnbuckle screw.

Jeremy Gilmore (left) and his father, Tom Gilmore, are with T&J Manufacturing.

Jim Ingles prepares a CNC plasma cutter for a job at T&J Manufacturing in Maquoketa, Iowa.

MAQUOKETA, Iowa — For nearly 40 years, Tom Gilmore has gotten up nearly every morning and drove to his business, T&J Manufacturing, to start a day of work.

Even at 72 years old, the company’s owner and co-founder said he works 70 to 80 hours per week, and he now is considering slowing down and turning over the reins to family members.

“I’m here all the time because I like the work,” Gilmore said. “I need a challenge when I wake up in the morning.”

Tom and his brother John started the business together, though John has since retired.

Through the years, the small manufacturing company has remained a humble operation, but its reputation has grown substantially. The business, with a workforce of 11 people, focuses on the production of specialized parts, primarily contracting with sewer equipment and tractor manufacturers to create components.

However, the company has another branch of revenue that is less known. When T&J Manufacturing isn’t producing products for other businesses, they are manufacturing lowering devices for burials.

“It’s something that we started doing when contract work was light, but it’s definitely grown over the years,” Gilmore said. “We now market them both direct, and we have 12 to 15 dealers around the country.”

Gilmore founded T&J Manufacturing in 1982 with a $15,000 loan and some years of experience in the manufacturing industry. He originally didn’t intend to create products, but in 1984, he was approached about creating a device that could assist with funerals.

“A company that did graveside services came to us and wanted to know if we could duplicate it,” Gilmore said. “We saw that there weren’t any active patents on it, so we made several improvements and started selling our own.”

The lowering devices that T&J Manufacturing produces specifically assist with the holding and lowering of caskets into burial vaults. The metal frame holds the vaults at the ground level, allowing the casket to be lowered after funeral services.

Gilmore said the device is a niche, and he only sells about 100 per year, but its relatively low demand has resulted in him being one of the few companies that produces it.

“To my knowledge, other than one other business, we are the only one in the country that makes them,” Gilmore said. “We don’t sell a ton of them, but they are needed.”

In total, Gilmore said his company now has sold nearly 3,000 such devices via 15 vendors located throughout the country.

Gilmore said the success of his business has given him opportunities to expand, but he always resisted making the company “big,” instead keeping it as a small, family-run operation. His wife, Mary, helps out at the office, and his son Jeremy and daughter-in-law Sandy work for the company.

“I’ve been doing this for a long time, and I’ve seen all the other manufacturers come to town,” Gilmore said. “They get fairly big and eventually close up, but we haven’t. The little homegrown place is lasting longer than the bigger guys.”

“They are tied and committed to the local community,” he said. “Other companies may have a presence here, but they don’t have the same ties to the community, and that is important to have.”

Gilmore said he is unsure when he will begin reducing his hours and pass on ownership to his children, but he is sure of one thing: He will never be done with the company.

Made in the tri-states

Watch for new installments on the first Sunday of each month. If you have a suggestion of a product or company for us to feature, send an email to jeff.montgomery@thmedia.com.