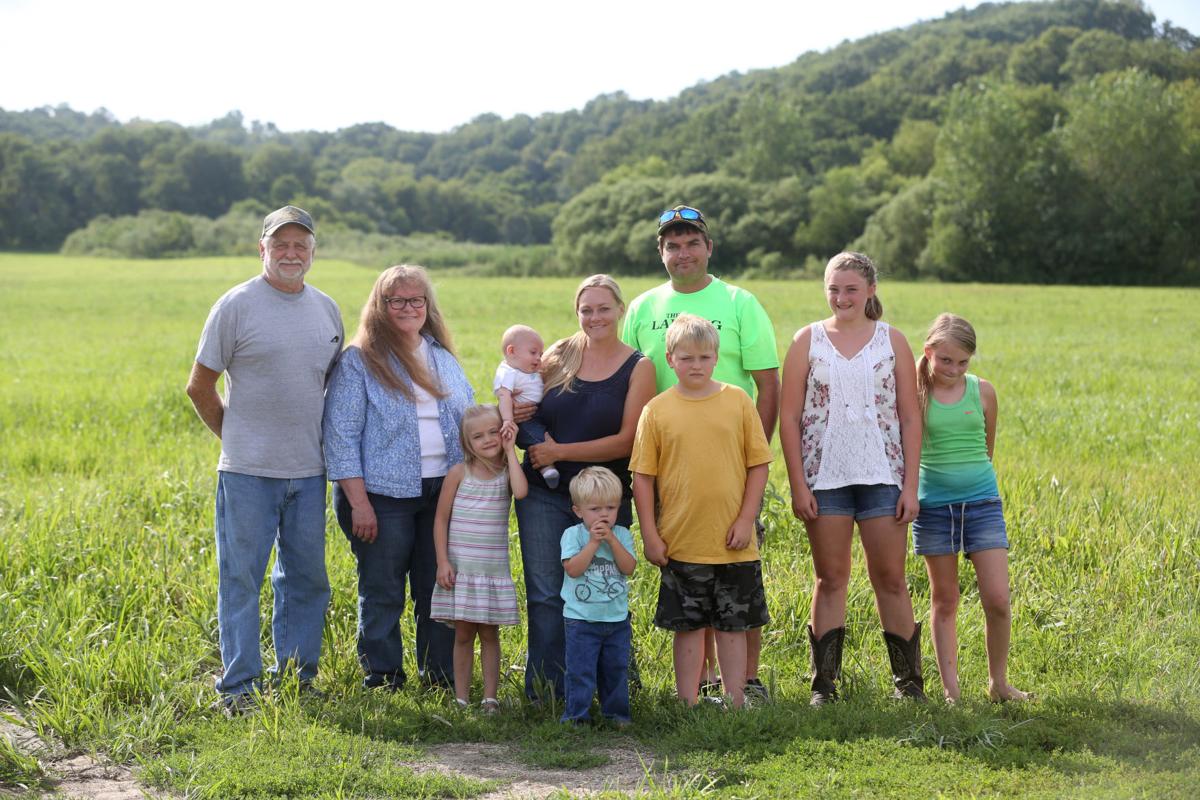 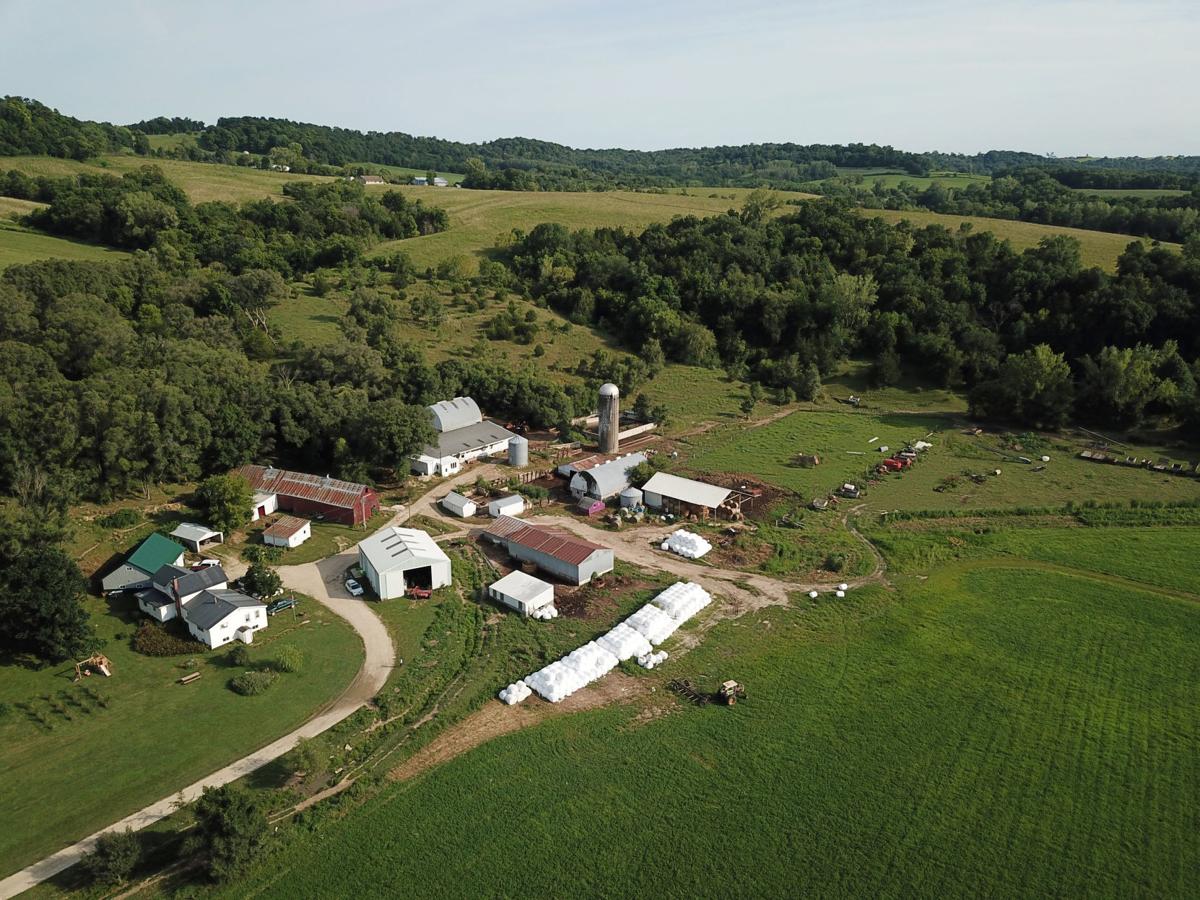 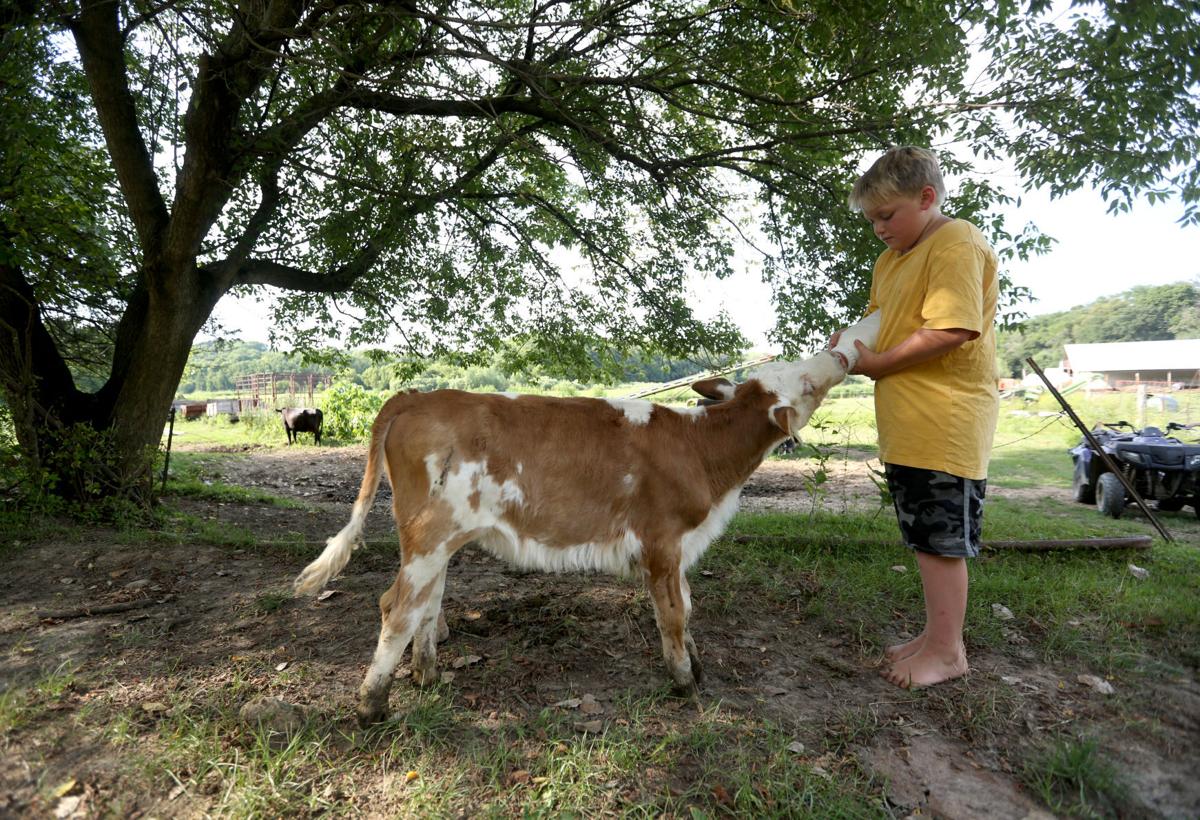 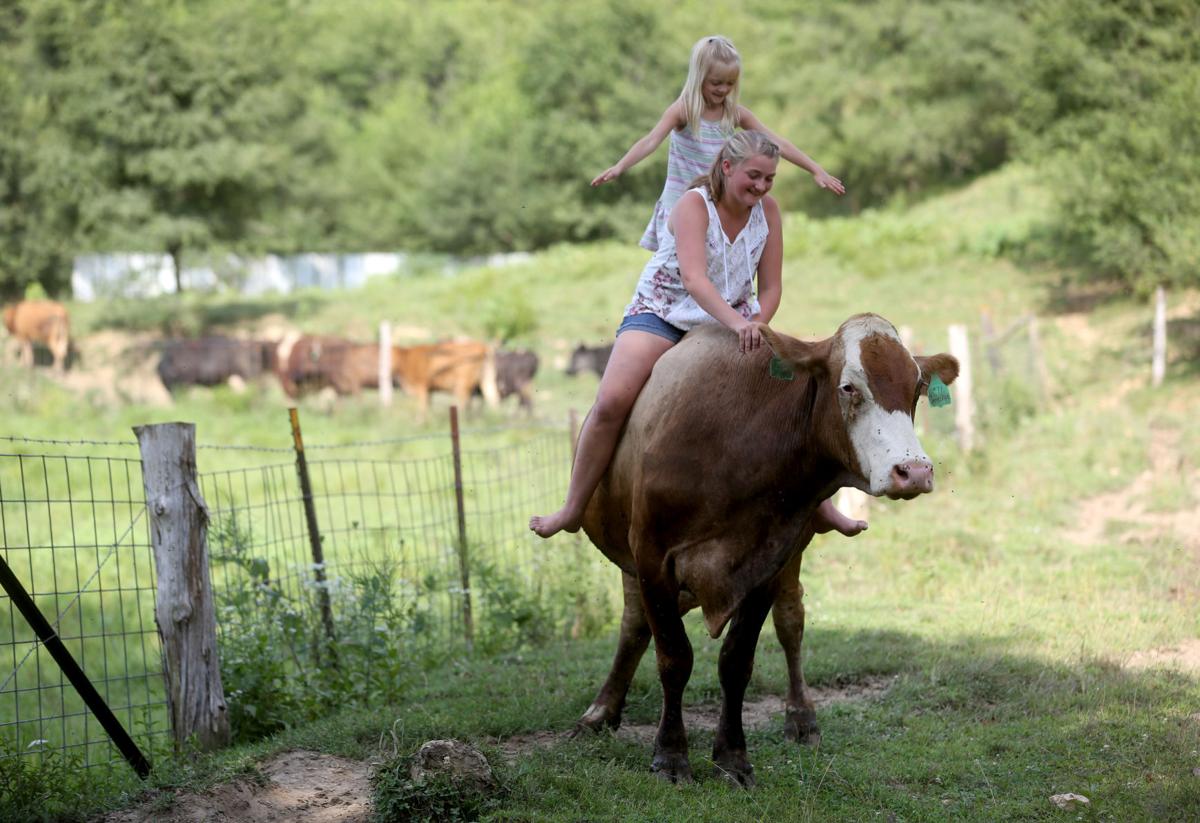 EDGEWOOD, Iowa — As you approach it, you’ll find yourself driving on winding roads.

They carve through emerald cornfields, where barns are still fire engine red and farmhouses are still snowy white, where Amish farmers wave as you pass by their carriages and where homemade signs advertise farm-fresh produce for sale.

In a shallow valley just outside of Edgewood, you’ll find Bear Creek Acres Dairy. It is one of four winners in the Telegraph Herald Tri-State Farm Families of the Year, taking top honors in the organic farm category

It’s where the father-daughter team of Allen Dlouhy and Jen Gamerdinger have spent their lives working toward and achieving their goal of a 100% organic farm.

A family farm and a dream

“Jen has wanted to be a farmer since she was 4 years old,” said Nancy Dlouhy, Allen’s wife and Jen’s mother.

“I grew up on a farm,” said Allen, 69. “My grandparents on both sides were farmers. And their parents.”

“We used to come up here and drive around because it was so pretty,” Nancy said. “We would dream about the day we would move here.”

The Dlouhy family moved to the Edgewood property in 1994, when Jen was 15. She and her husband, Jamie, now live with their six children on property adjacent to the main farm on which Allen and Nancy reside.

Jamie’s father bought a neighboring farm when Jamie was in high school near Waterloo.

“I used to come out and help do chores on the weekends,” he said. “I saw a neighbor gal out baling hay and said, ‘Hey, Dad, we need to invite the neighbors over more’. And that’s how Jen and I met.”

Total acreage for both farms is around 225, which Allen and Jen said includes 60 crop acres, 60 pasture acres, three aronia berry acres, a football-field-sized garden and timberland.

“We’ve been certified organic since 1999. We dabbled in it before then,” Allen said. “When I first started farming, that’s what I wanted to do. But we didn’t know how. The first year we tried, it was a disaster.”

The family joined Organic Valley cooperative, through which they found assistance in getting their organic dreams off the ground.

“We sold milk only to them,” Jen said. “Since that time, we’ve pulled away from the co-op, and we’re on our own now. Now, we have beef, pork, chicken and aronia berries.”

Aronia berries, also known as chokeberries, are considered a superfood akin to acai berries and pomegranates. The family uses them to create jams, jellies and concentrates for juices and smoothies.

“That’s actually the only berry I can pick without eating it,” said 13-year-old Erica, Jen and Jamie’s oldest child. “They’re really good mixed with stuff, but they’re kind of tart plain.”

“Allie is our cook,” said Jamie.

Not to be outdone by her older sister, Emma helps in the farm’s commercial kitchen making noodles that are also for sale.

James appears to be the muscle on the farm.

Allen is the cheese-maker of the group. It’s made in a cheese room that was outfitted by Jamie, who also built the farm’s kitchen.

“(Jen) wants to keep milking cows, and you have to do something with that milk,” Allen said. “We feed a lot of it back to the livestock, and we have a lot of it left to make cheese.”

Jamie’s carpentry skills have come in handy both on and off the farm. He renovated an old button factory in Guttenberg, Iowa, that he converted into The Landing, a boutique hotel he owns and manages.

“It’s hard to make it strictly with farming nowadays,” he said.

Bear Creek Acres sells most of its products directly to consumers.

“We have a few customers who come out because they want to see what’s going on, and we like that,” Jen said. “But we’re so far away from the bigger places. We deliver to Dubuque and Cedar Rapids twice a month.”

The Food Store in Dubuque also carries some of the farm’s beef and pork products.

A ‘cleaner’ way to eat

Susan Hughes, of Dubuque, has been a customer for years.

“Several years ago, I watched ‘Food, Inc.,’ a documentary on corporate farming,” she said. “It was sickening to see how small farms are treated when controlled by large corporations. I wanted to search out food that was grown or farmed by local farmers as much as possible.”

In 2015, Hughes was diagnosed with breast cancer, and she felt her choice to eat organically was more important than ever.

“Bear Creek Acres Dairy is local, family owned and organic,” she said. “They offer home delivery, and they are very good people.”

The hard work of organics

Creating — and keeping — an organic farm involves a lot of moving parts.

“When it was just the dairy that was organic, we were inspected every five months,” Allen remembered. “But now it’s every month.”

State inspectors make periodic stops at the farm to inspect the operations.

“The state requirements are the hard part for the kitchen and the cheese room,” Jen said. “We’re still inspected every five months for the dairy barn. But we’re also inspected every month where they pull milk and cheese samples.”

“We’d like to do butter, and the kids want to make ice cream,” she said. “We can do that with our current facility. But if we do something like cottage cheese, that is considered a different grade. So that comes with a whole new set of regulations.”

Another of Jen’s projects has been creating a herd of only A2 cows, which involved constant genetic testing and selling off cows that tested A1.

A1 is the protein found in most cows’ milk. A2 is a protein found in goats, which is why goats’ milk is often the milk of choice for those with an intolerance to cows’ milk. But A2 is also found in some cows, and Jen has achieved a 100% A2 herd, although it took more than 10 years.

“It’s another little niche market we’re trying to tap,” Allen said. “People who have heard about it are anxious to try some.”

It doesn’t appear that the older generation of Bear Creek Acres Dairy farmers need to be worried about the future of the family farm, not as long as Erica Gamerdinger and her siblings are around.

When the question was asked if Jen and Jamie thought any of their children would go into farming, Erica didn’t give her parents a chance to answer for her.

And the entrepreneurial spirit that often runs through a farmer’s DNA is there, too.

“I breed golden retrievers,” Erica said. “My dogs, Penny and Max, are having their fourth litter.”

And then, the pitch.

Farm Families of the Year

Four Telegraph Herald Tri-State Farm Families of the Year will be honored during an event at 6 p.m. tonight at the Dubuque County Fairgrounds.

The winners and the days on which their stories were featured in the TH are:

Grain farm family: Mike Rea and family. Story ran on Tuesday and is available at TelegraphHerald.com.