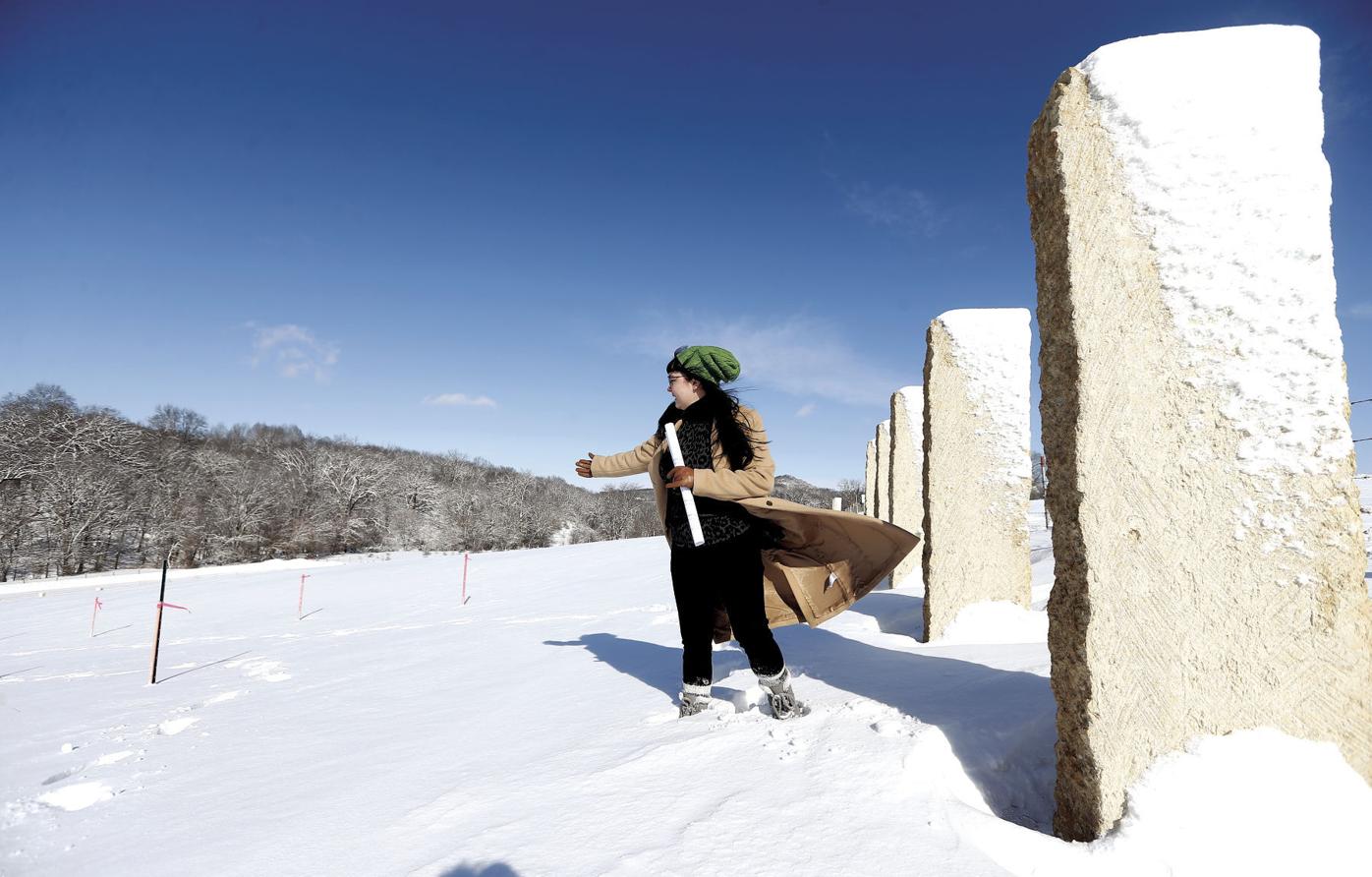 Andra Olney-Larson is the operations manager of Casper Creek Natural Cemetery near Galena, Ill. The cemetery is the first of its kind in Jo Daviess County, using environmentally friendly practices for burials. 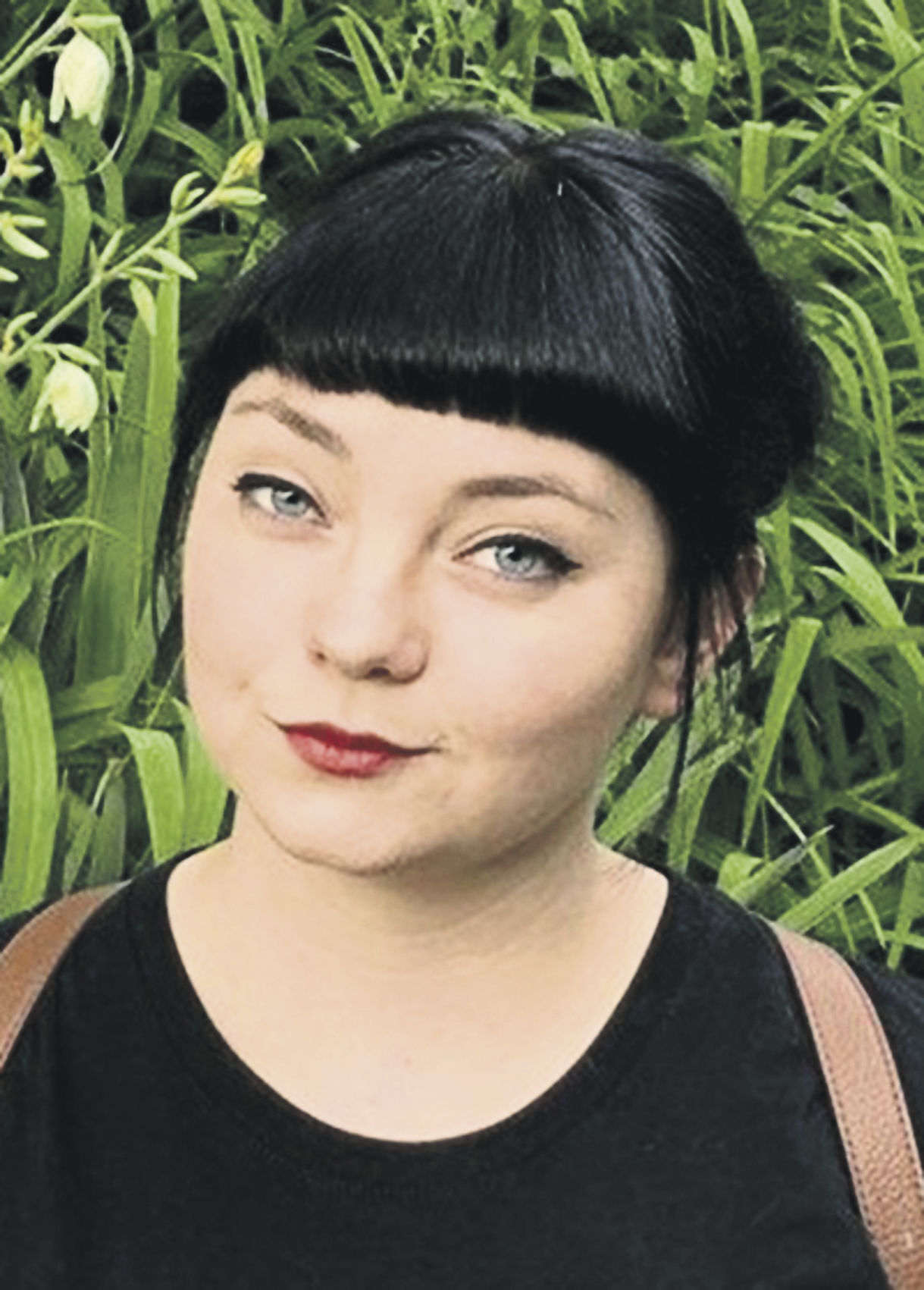 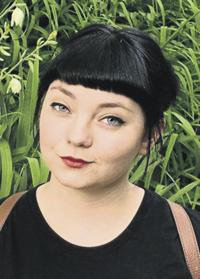 Correction: An earlier version of this story mischaracterized the relationship between Casper Creek Natural Cemetery and Jo Daviess Conservation Foundation.

GALENA, Ill. — While it might look like a prairie at first glance, a plot of land adjacent to Casper Bluff Land & Water Reserve south of Galena is now a cemetery.

“The conservation value you can clearly see,” said Frances Rivoire, cemetery board chairwoman and Jo Daviess Conservation Foundation board member. “Everything going into the ground is natural. We’re putting no non-biodegradable items in the ground, nothing that isn’t going to erode away in time. It’s all going to be a natural environment, not filled with metal boxes and concrete.”

While conservation-focused cemeteries have received increased interest nationwide, Rivoire said Casper Creek will be unique to the area. The next-closest similar natural cemeteries are in Wilmot, Ohio, and Verona, Wis.

Not only does the cemetery use environmentally friendly practices, but portions of service fees also will be given directly to Jo Daviess Conservation Foundation, making the conservation efforts of those buried at Casper Creek twofold.

Foundation members first started discussing the idea for the cemetery about six years ago, foundation Executive Director Steve Barg said. Leaders of the nonprofit wanted to start some sort of business that would help fund upkeep of their preserved areas.

“As we’ve grown dramatically over the last eight years in the number of properties we’ve acquired, the work it takes to support that, the staff, the equipment, has also grown,” Barg said. “We were looking for ways to support that that wasn’t straight checks or donations.”

Visually, the cemetery looks like just another part of the wildlife preserve. Cemetery operations manager Andra Olney-Larsen said all grave markers will be flat to the ground, which won’t obstruct views or interrupt the growth of the area’s short prairie grass.

“I think that’s the most striking difference that Casper Creek offers,” she said. “It’s the scenery. It’s the wildlife. It’s the natural prairie that’s been restored by JDCF, not green lawns that are so common in traditional cemeteries.”

Casper Creek offers services such as burials, interment in a biodegradable urn and ash-scattering in a wooded area. Olney-Larsen said the cemetery also offer services so people can create an end-of-life plan.

Rivoire said that she expects it will take about 30 years for all the spots in the 16-acre cemetery to be claimed. The area has room for about 1,500 to 1,600 plots.

Those buried in the cemetery will not be embalmed and will have coffins made of biodegradable materials to preserve soil health. Rivoire said people can also opt to be buried with only a burial shroud, creating an even more intimate ceremony.

The cemetery is located right along the Mississippi River, Barg said. Only two of the foundation’s 10 land preserves had the right amount of open space for the cemetery, and officials ultimately settled on the land along Casper Bluff Land & Water Reserve.

While organization leaders plan to continue spreading the word about the new cemetery, Barg said he has already seen steady interest in the property since the foundation leaders started talking about the idea.

“We’re just really excited to offer this opportunity for people seeking this,” he said. “This is a new kind of approach to thinking about end-of-life and doing it in a way that’s sensitive to the earth and kind to the land. And in this case, it also helps land conservation.”

Staff at Casper Creek Natural Cemetery can be reached at 815-677-3411 or by emailing CasperCreekNC@gmail.com. Those interested in receiving more information can fill out an online form at jdcf.org/properties/ccnc/.