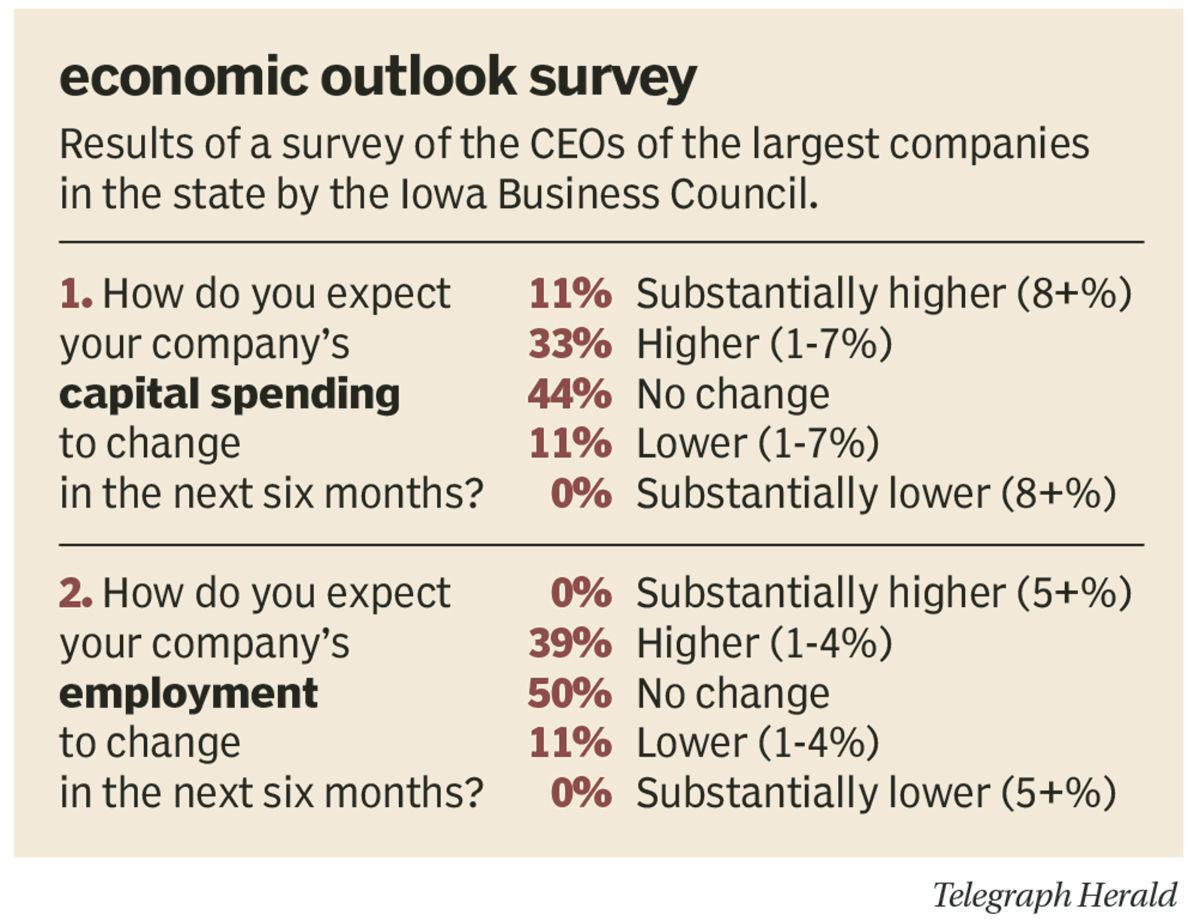 Results of a survey of the CEOs of the largest companies in the state by the Iowa Business Council. 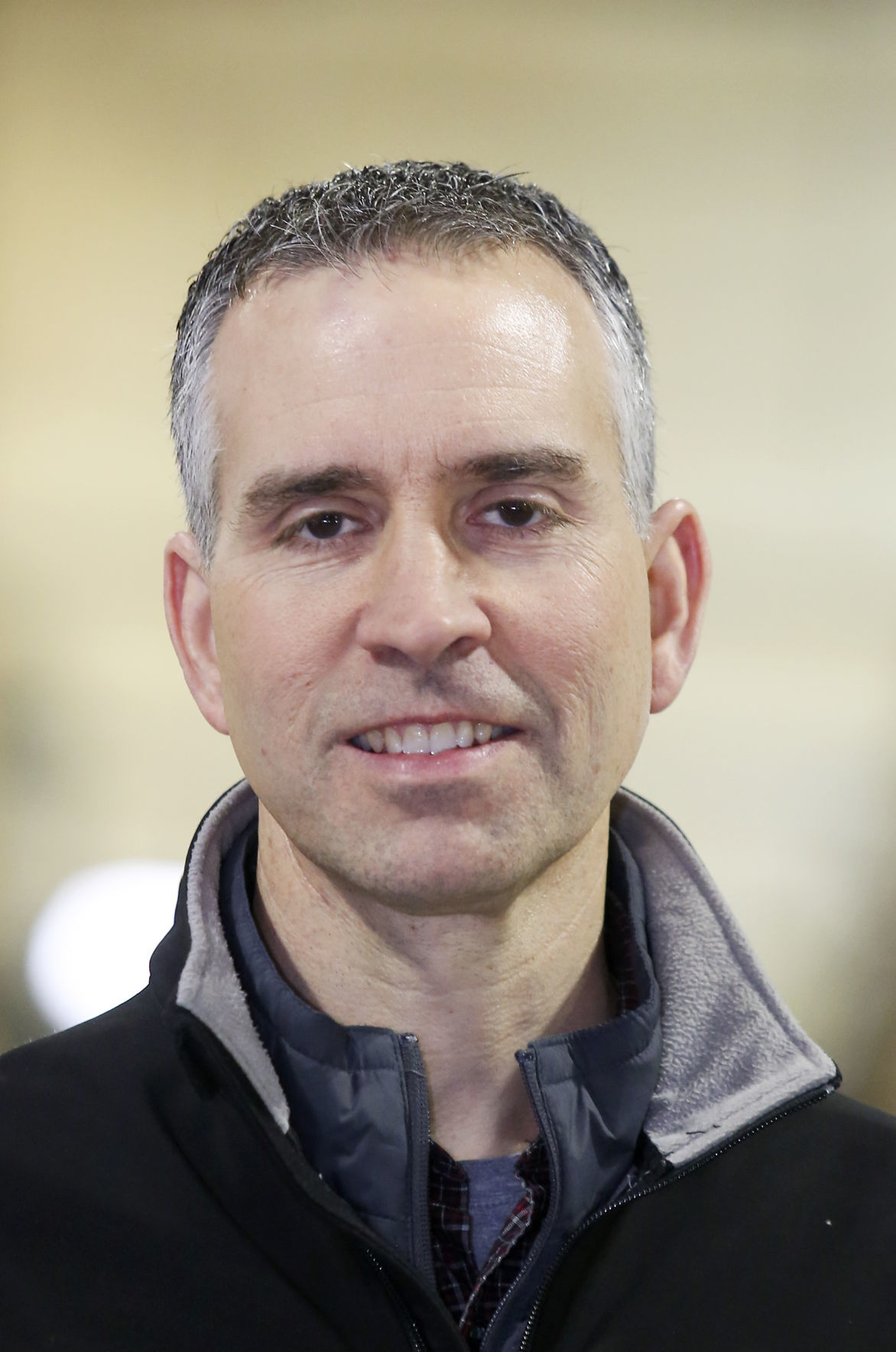 Trade concerns, political uncertainty and a workforce shortage are eroding the confidence of Iowa business leaders, according to a new survey by the Iowa Business Council.

Anything above 50 indicates a positive perspective on the economy. However, results from this quarter represent the lowest confidence level since the fourth quarter of 2016.

“I think some of it is a self-fulfilling prophecy,” Noonan said. “When all the news you see is negative and you keep hearing a recession is coming, that tends to make businesses more cautious and pessimistic.”

The survey reflects feedback from members of the Iowa Business Council, which consists of 23 chief executives from Iowa’s largest organizations.

Area financial leaders believe the situation is not as bleak locally.

“Some businesses want to expand but don’t have the people to do so,” he said.

In the Iowa Business Council Survey, 83% of respondents said attracting, developing or retaining quality workforce was a major concern.

Trade concerns and political uncertainty also are affecting Noonan’s business, but to a lesser extent.

Noonan noted that his business has clients in the agriculture industry. He acknowledged that trade disputes have hit that sector hard and consequently have had a “minor” impact on Cascade Manufacturing Co.

He said his business has benefited from policy changes including the Tax Cuts and Jobs Act of 2017. The impending 2020 election has given pause to many business owners, however.

“Any time there is the potential for a change in leadership, that can cause uncertainty and it can get people unnerved,” he said. “I think that is true no matter what industry you are in.”