NEWS
300 speak out against racism with silent march in Dubuque
TH EXCLUSIVE: 1st look inside new cancer center in Dubuque on eve of opening
'Our heroes:' Community honors 130 soldiers leaving for Middle East deployment
1 of 2 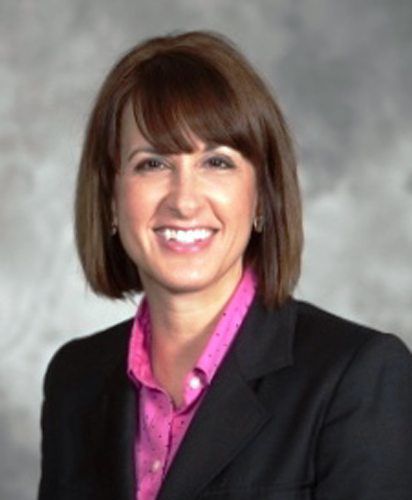 The company also reported a 41% drop in total net income in its second quarter amid the COVID-19 pandemic.

The company recorded net income of $666 million for the quarter that ended on May 3, compared to $1.135 billion during the same period last year.

For the construction and forestry division, which includes the Dubuque plant, the company recorded net sales of $2.26 billion in the second quarter, which ended May 3. That marks a 25% reduction compared to the same quarter the previous year. Operating profit in the division tumbled 72% to $96 million.

Through the first two quarters of the year, net sales in construction and forestry are $4.3 billion, down from $5.25 billion at the same point last year. At the year’s midway point, net income is $189 million, 67% lower than last year’s mark at the end of the second quarter.

Such declines have prompted recent announcements that more than 260 employees at the Dubuque plant will be laid off. A total of 105 workers were laid off on May 4, and 159 more will be laid off effective June 1.

Deere’s director of strategic public relations, Jennifer Hartmann, said there will be just less than 1,200 production workers at the Dubuque plant after these layoffs take effect. She did not respond to a request for a total employee count at the facility.

Company officials on Friday indicated that they do not expect a swift turnaround in the construction and forestry division.

The company now forecasts a 30% to 40% decline in division net sales for the entirety of the fiscal year. Three months ago, at the end of the year’s first quarter, company officials were only expecting a 10% to 15% dip in construction and forestry sales.

“Construction equipment industry sales in the U.S. and Canada are now forecast to be down 20 to 30%, reflecting sharp declines in oil and gas activity, rental capital expenditures, as well as overall moderation in general economic activity during the second quarter,” said Manager of Investor Communications Brent Norwood.

Moreover, sales of forestry equipment are predicted to be down as much as 20% for the fiscal year.

Norwood acknowledged that plants will not be as busy as usual.

“The order book remains within our historical 30-to-60-day replenishment window, but at a much-reduced production schedule,” he said.

Overall, Deere & Co. reported total sales of $9.25 billion for the quarter ending May 3, a decrease of 18% compared to the same quarter the prior year. Sales are down 13%, to $16.9 billion, in the first two quarters combined.

Company CEO and Chairman John May spoke about efforts to keep plants running amid the COVID-19 pandemic.

“Our first priority has been and will always be the health, safety and overall welfare of our employees,” he said. “Only by protecting our workforce can we deliver on our commitments to customers and fulfill our role as an essential business.”

“All of our global manufacturing base is running, with the exception of a few facilities operating at limited capacity, such as those in India,” he said.

The Dubuque plant has experienced two shutdowns in recent months.

The first came in late March after an employee there tested positive for COVID-19.

“That temporary shutdown was only fully in effect for a couple days,” Hartmann confirmed via email Friday.

The Dubuque plant is now in the late stage of a two-week shutdown prompted by “weakened demand and inventory adjustments,” according to Hartmann. She said this shutdown started May 11 and confirmed that employees there will return to work next week.