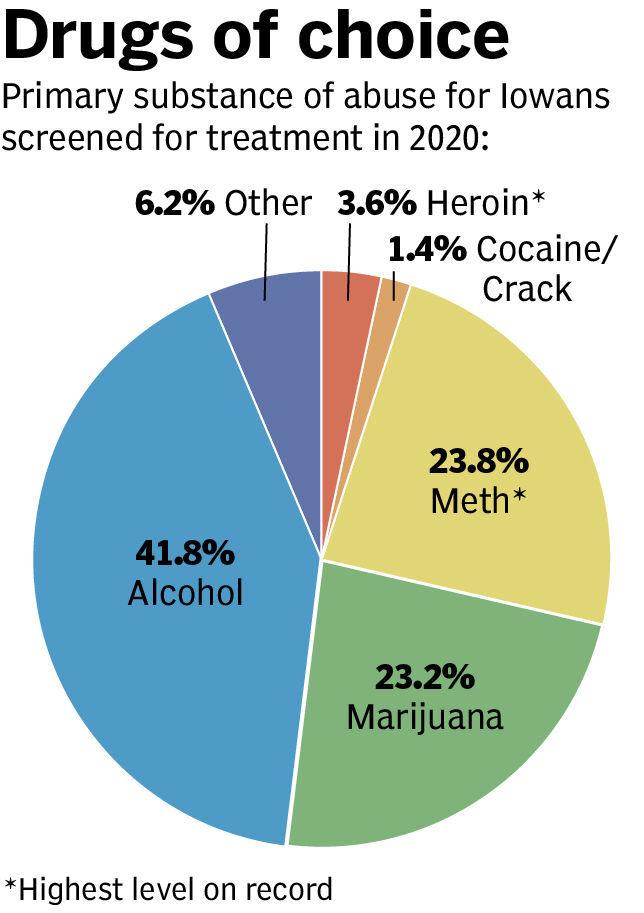 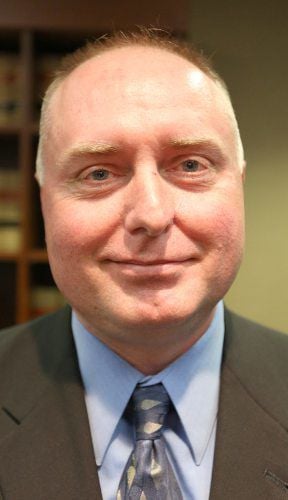 Trends tracked both across Iowa and locally show that the COVID-19 pandemic might have affected substance use and overdose rates this year.

According to the recently released 2021 Iowa Drug Control Strategy from the Governor’s Office of Drug Control Policy, Iowa currently ranks 41st in the country in illicit drug use. But use of certain drugs and overdose rates have been increasing since the COVID-19 pandemic hit the state in March.

At the midpoint of 2020, the report states that overall alcohol- related and drug-overdose deaths were on track to increase 17% to 18%, respectively, from 2019 if continued at their current rate.

Dubuque County Sheriff’s Department Sgt. Gary Pape, coordinator of Dubuque Drug Task Force, said there were 25 opioid overdoses in Dubuque County reported to the task force in 2019, five of which resulted in deaths.

Through Wednesday, there had been 25 reported overdoses with two deaths in the county this year.

“We always, always try to aggressively pursue people distributing opioids,” Pape said. “Just because of danger to the community or losing a loved one, that’s our primary focus.”

He said one trend regarding substance use that he has noticed this year is a fluctuation in methamphetamine availability. When the pandemic began, meth availability dipped, but it has since come back up.

“I’m not 100 percent sure, but I’m assuming COVID restrictions might have had an impact on supplies for manufacturing,” Pape said.

The report stated that supplies coming across the U.S.-Mexico border decreased when COVID-19 came to the U.S., raising the price and availability of the drug. However, since supplies have become more available, drug prices have gone down.

Pape said the task force can’t be sure of the exact number of people using meth locally, but the state report stated that 23.8% of about 42,750 substance use patients surveyed reported using the drug — a record high.

Courtney Runde, coordinator of MercyOne Turning Point Treatment Center, said she has seen a local increase of meth laced with other substances that have contributed to some of this year’s overdoses, as users often don’t know that the second drug is there.

The Governor’s Office report stated that the Iowa Department of Public Health reported 82% of Iowa’s substance use treatment providers switched to offering telehealth treatment services after the pandemic, a major increase from the 10% of providers using telehealth beforehand.

Runde said Turning Point has held virtual sessions mostly since March, only seeing some patients in person under certain circumstances. Some seeking treatment have felt more comfortable opening up during virtual sessions, she said, while others don’t find it as helpful, especially in group meetings during which it’s harder to get to know other group members.

“Even that virtual connection, it still isn’t exactly the same,” she said. “People are finding themselves isolating more, which is always kind of a dangerous thing with substance use and mental health in general.”

However, both Runde and the governor’s report noted that virtual formats have made treatment more accessible during the pandemic. Runde noted that barriers to attending treatment, like transportation, are eliminated with virtual sessions, giving patients fewer reasons not to take part.

“In my ideal world, we would do just kind of a hybrid of in-person and virtual. Depending on the person and what their needs were, we could do both,” Runde said. “... I just think there’s such a big need, which is not new, but this instance of substance use meeting a pandemic is just the perfect storm.”