NEWS
300 speak out against racism with silent march in Dubuque
TH EXCLUSIVE: 1st look inside new cancer center in Dubuque on eve of opening
'Our heroes:' Community honors 130 soldiers leaving for Middle East deployment
1 of 12 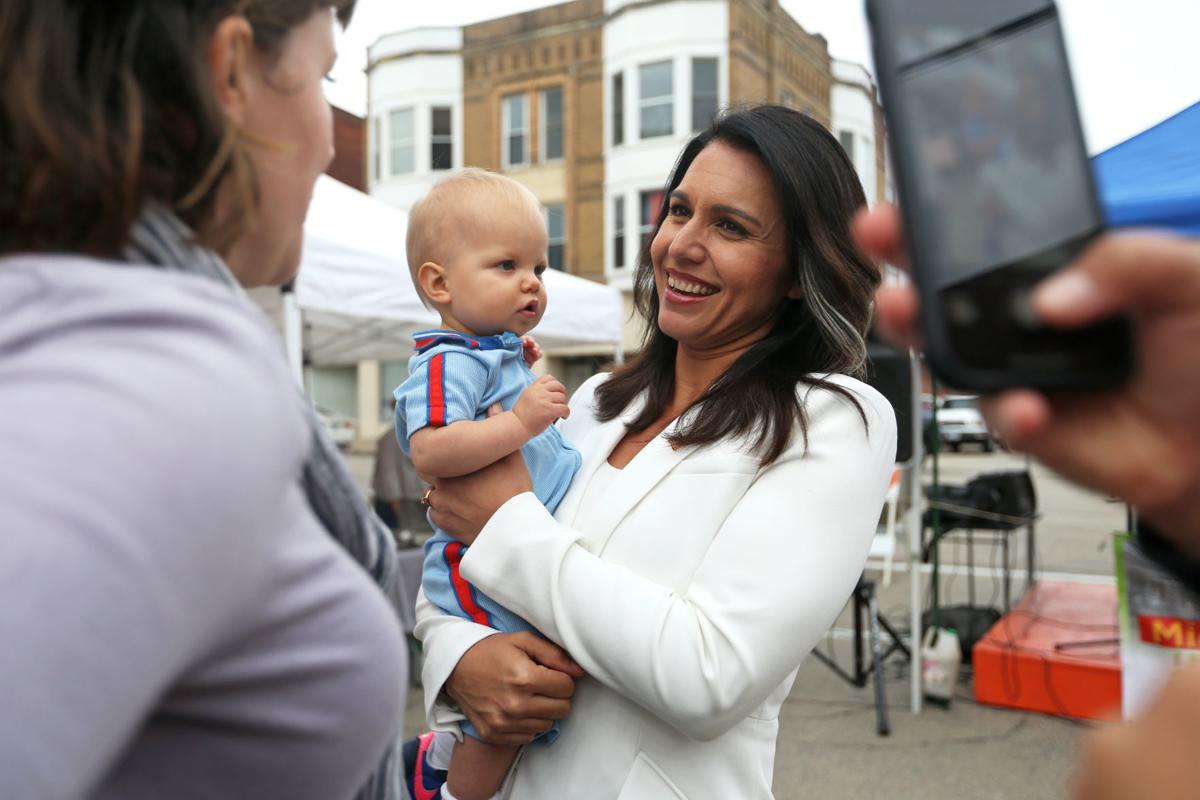 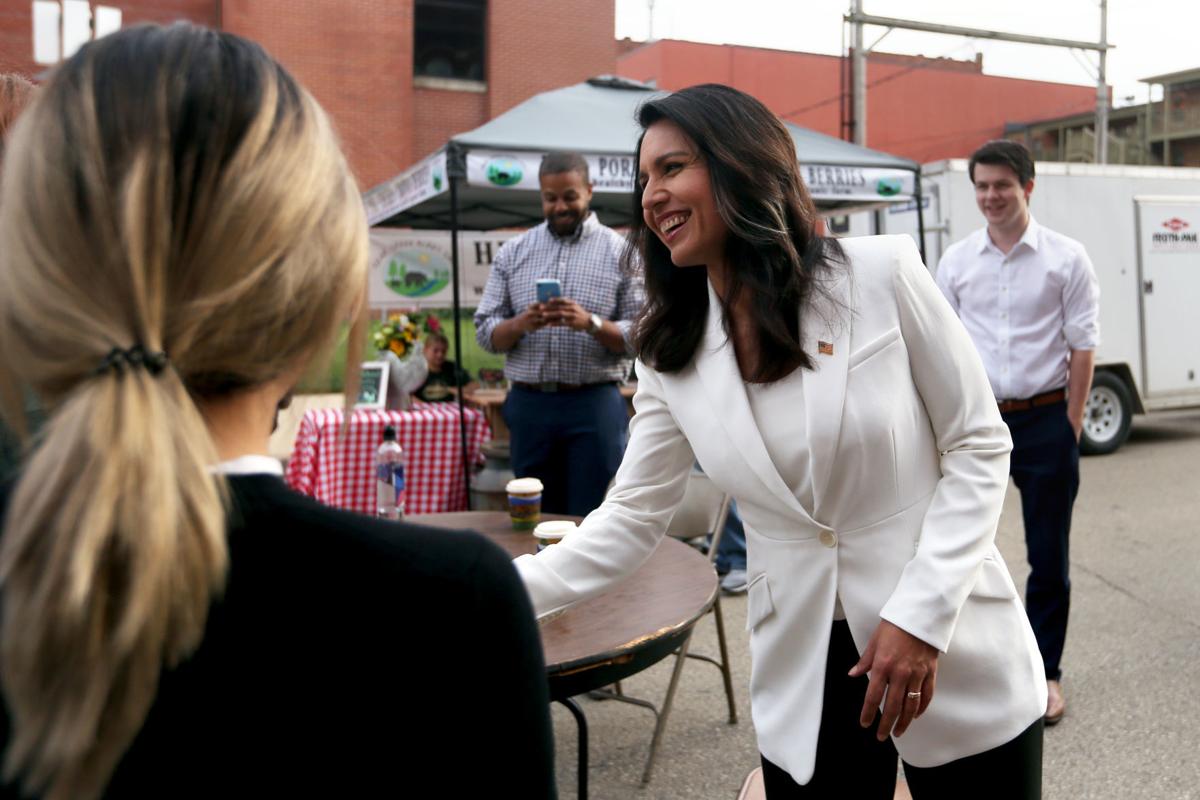 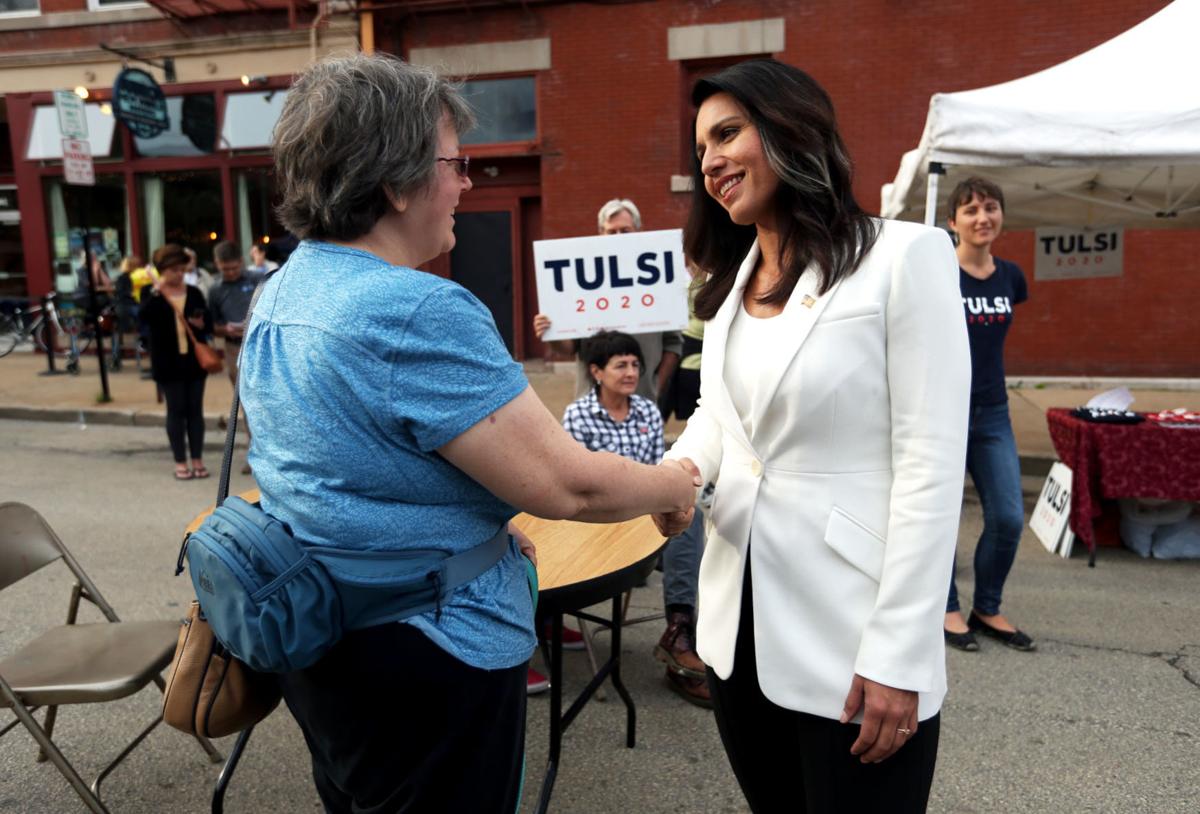 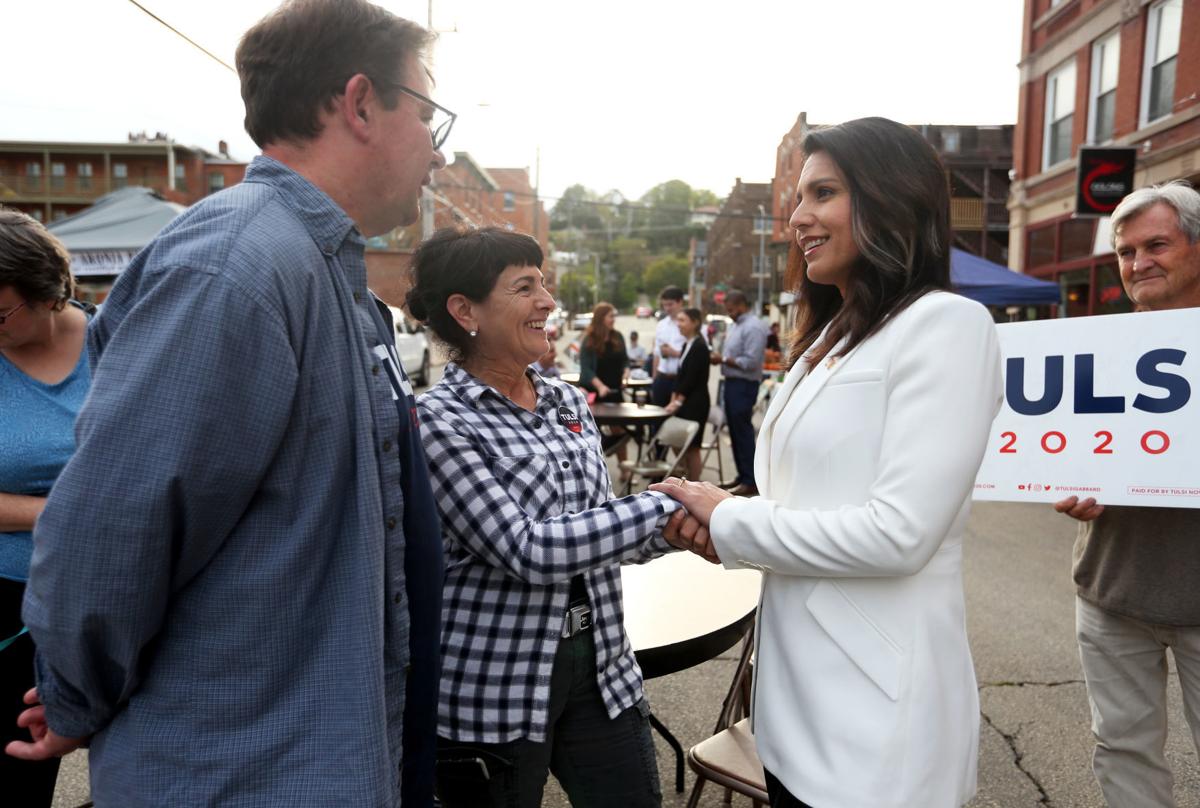 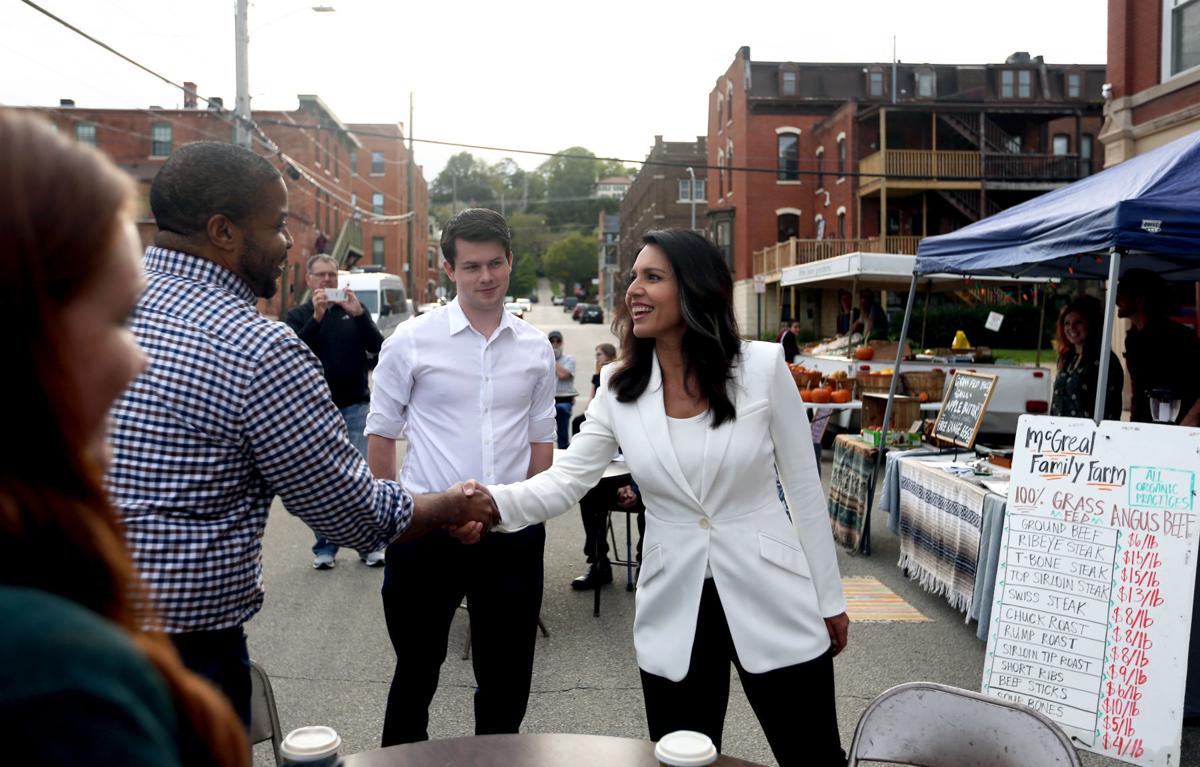 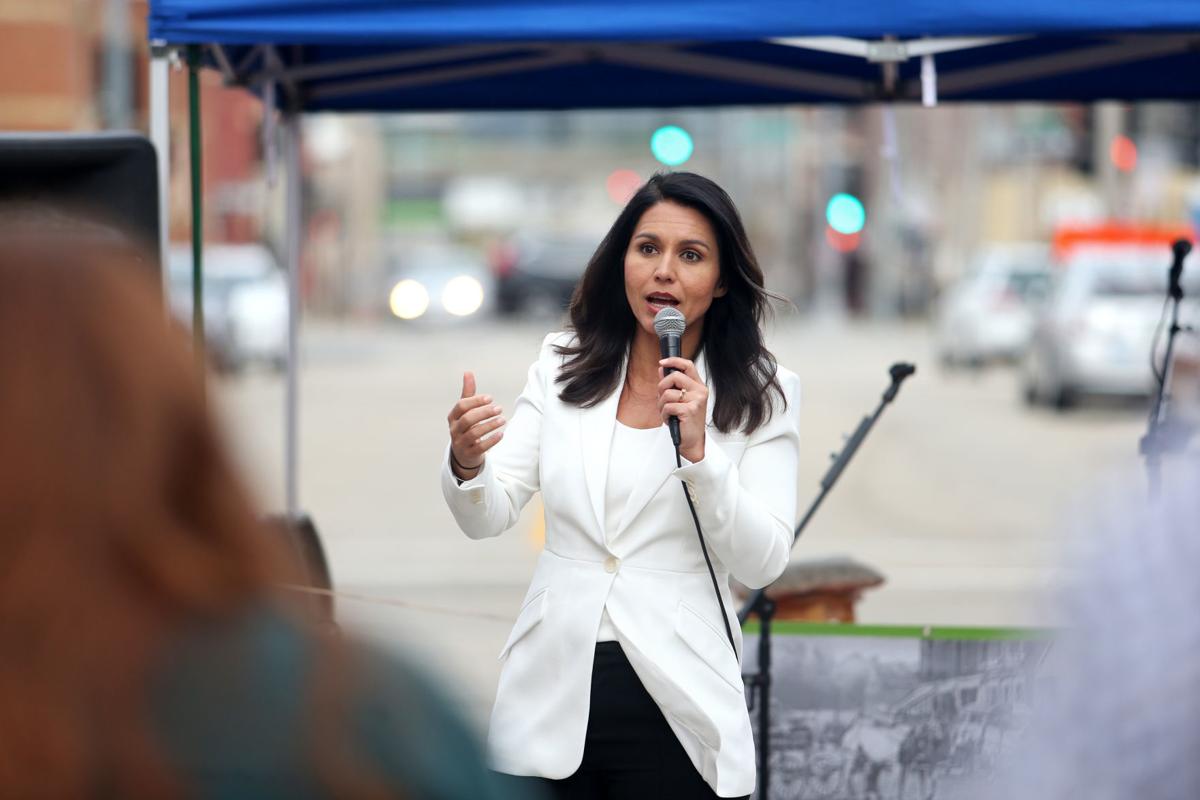 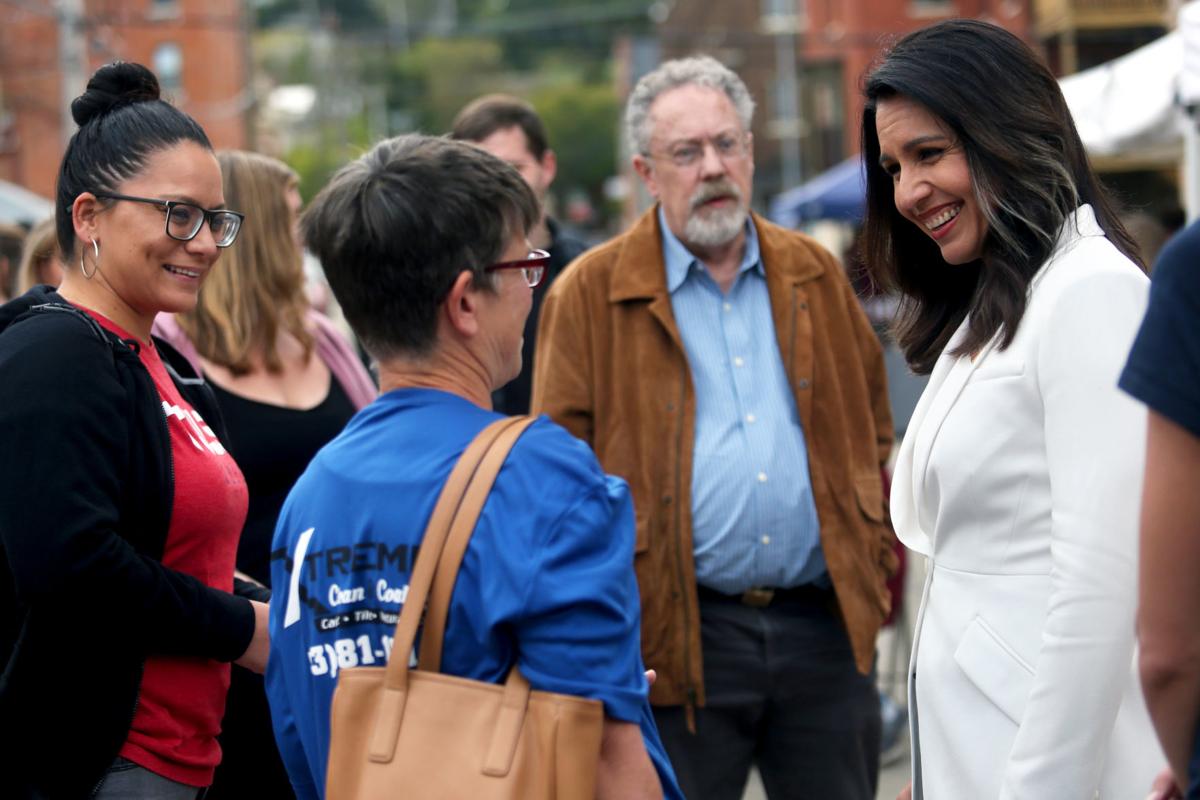 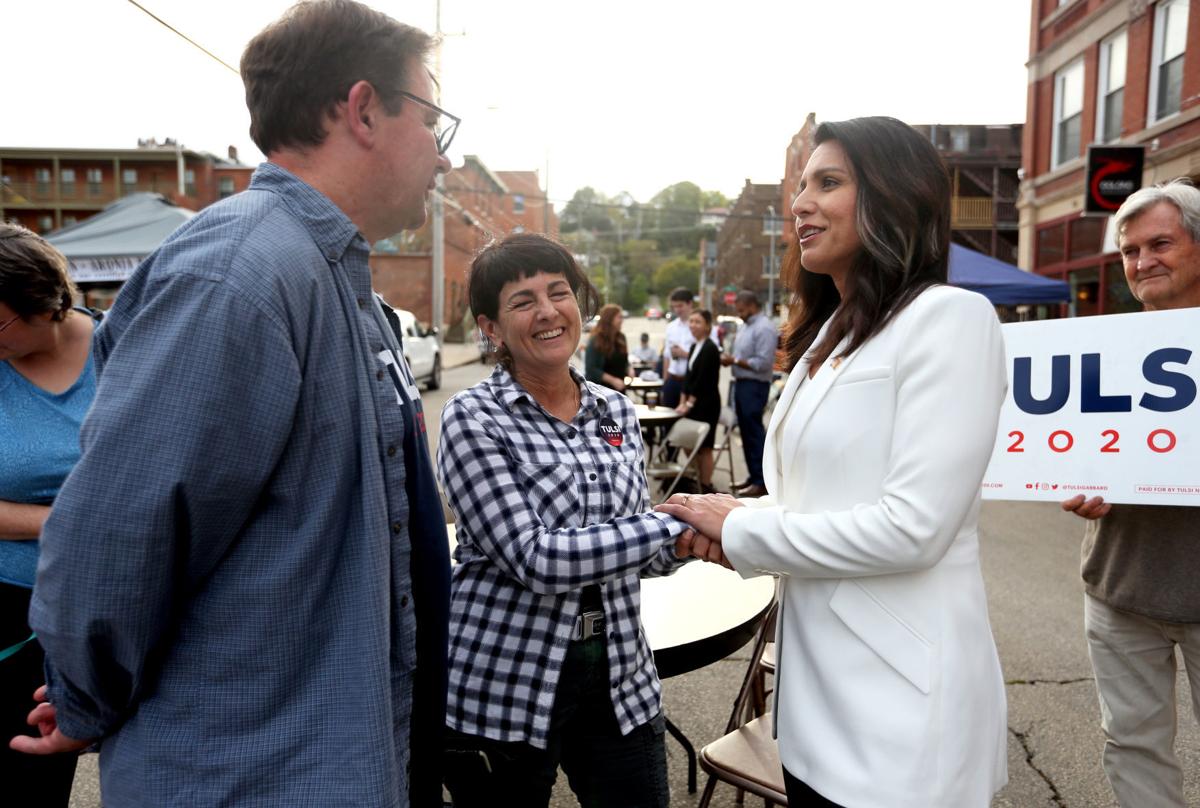 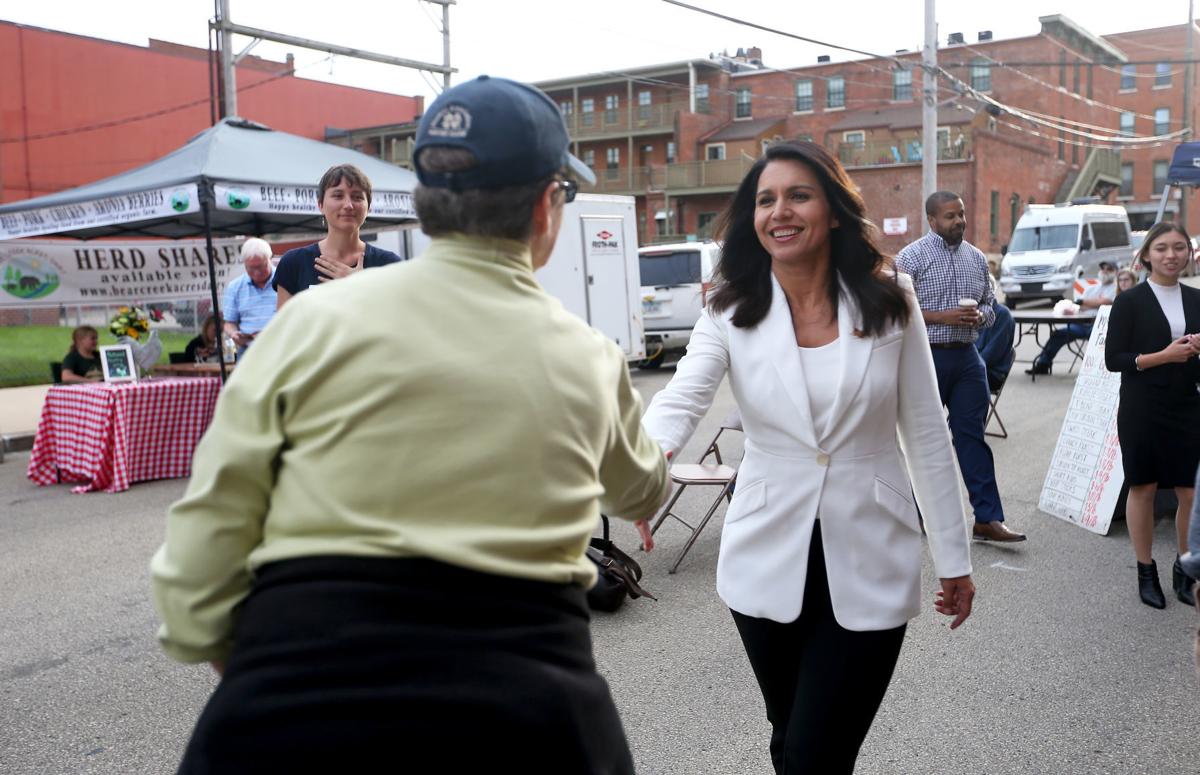 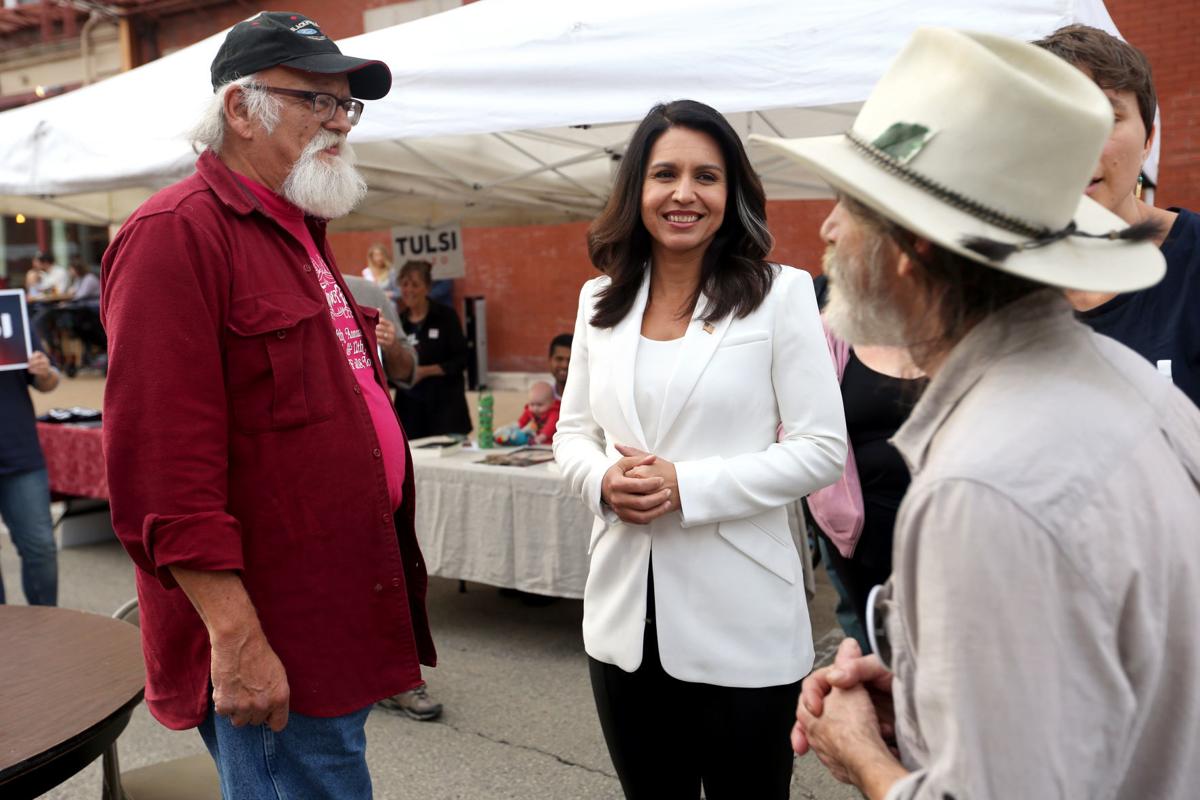 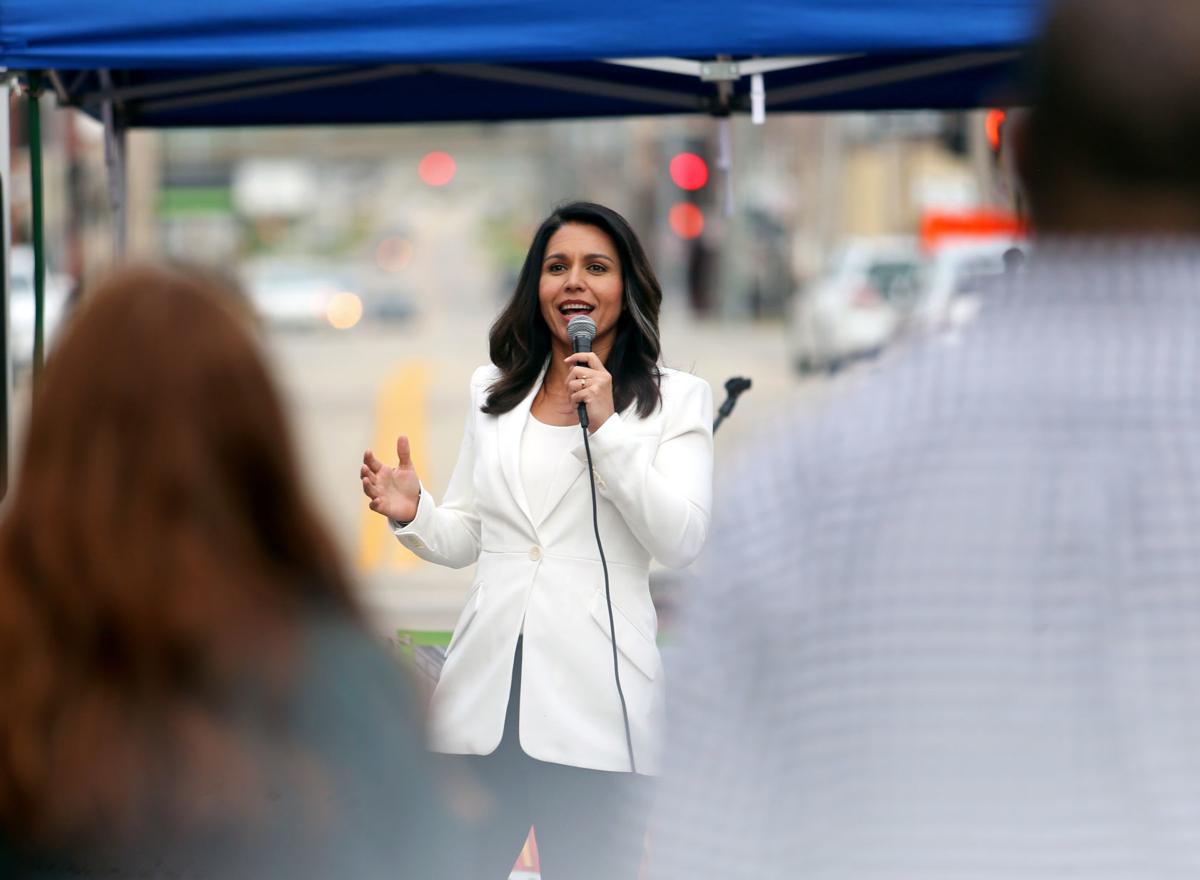 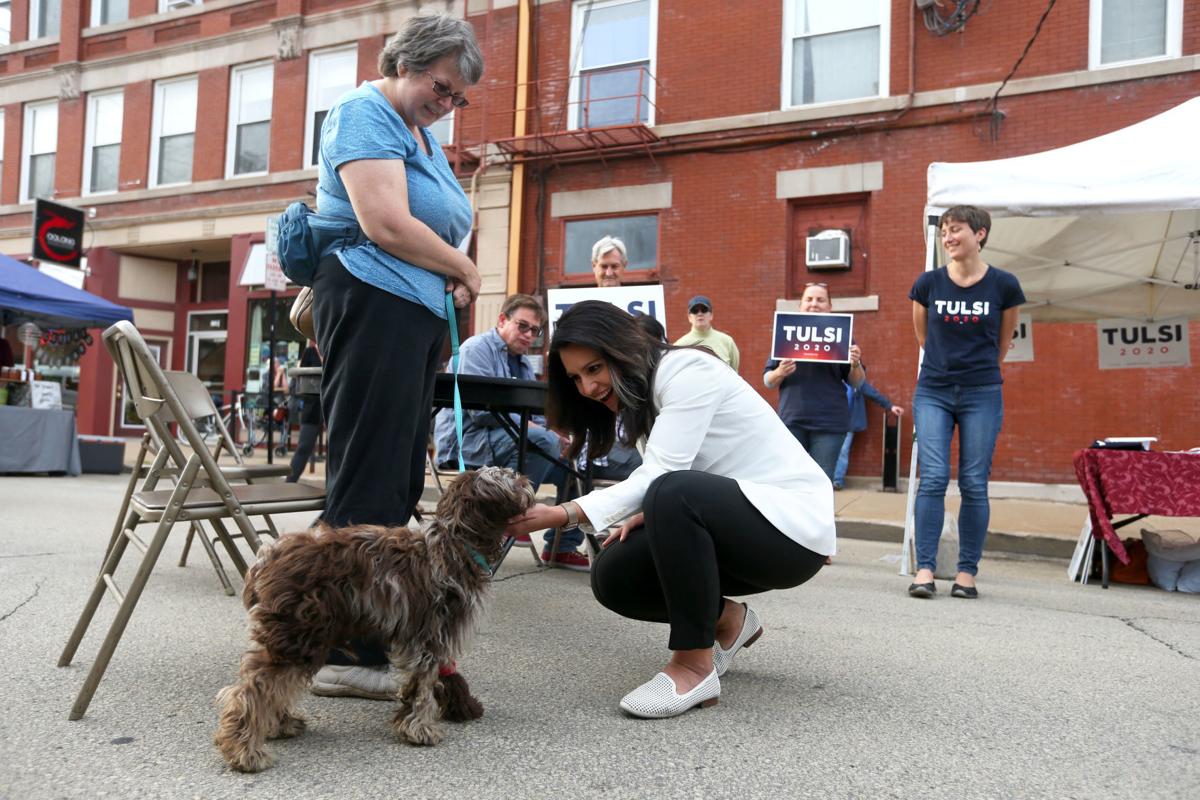 Democratic presidential candidate and U.S. Rep. Tulsi Gabbard, D-Hawaii, told a crowd in Dubuque on Wednesday evening that she would end “wasteful wars of choice” should she arrive in the Oval Office.

During a campaign stop at Breitbach’s Mid-Week Market at 11th and Iowa streets, Gabbard — a combat veteran and major in the Hawaii Army National Guard — said she would use her experiences to steer U.S. foreign policy toward cooperation rather than conflict.

“I have a deep understanding of how destructive our foreign policy, unfortunately, has been for our country, our men and women in uniform and for the people in these countries where we’ve gone and waged these counterproductive regime-change wars,” she said.

That experience spoke to Denny Garcia, a musician and woodworker, who was one of more than 70 people who gathered to hear from Gabbard.

“Whoever’s calling the shots should know what the world’s about, have these sort of experiences,” Garcia said. “She knows the real side of foreign policy more than those who just speculate and take chances with lives, like we have now.”

Gabbard told the crowd she would work directly with nuclear powers to improve relations.

She planned to immediately call a “summit between the U.S. and other nuclear-armed countries like China and Russia to de-escalate the tensions that have pushed us into this new cold war,” she said. “And instead see how do we work out the differences that we have between us, but also pursue issues of shared, common interest?”

After her speech, Gabbard said this message is proving popular on the ground in Iowa and across party lines.

“Here today we had people represent the diversity within our political system, recognizing we can agree to disagree on other issues, but that this is the central, most important issue as it relates to the job,” she said. “It’s the most important job the president has, to serve as commander in chief.”

In general, Gabbard said her campaign and the “aloha” with which she greeted the crowd are about binding the wounds between Americans.

“It is that spirit of service above self that I will bring to the White House, both to unify our country and be able to work with leaders in our country around this common ideal and principle of putting service to the people of our country ahead of politics, ahead of profits,” she said.

“She put out a statement in support of Ellen DeGeneres being friends with George W. (Bush), even,” Cynthia said. “Her ‘aloha,’ bringing people together so we can focus on what’s important, is great. She means it.”

Reached by the Telegraph Herald on Wednesday, the Republican Party of Iowa declined to provide a comment regarding Gabbard’s stop.