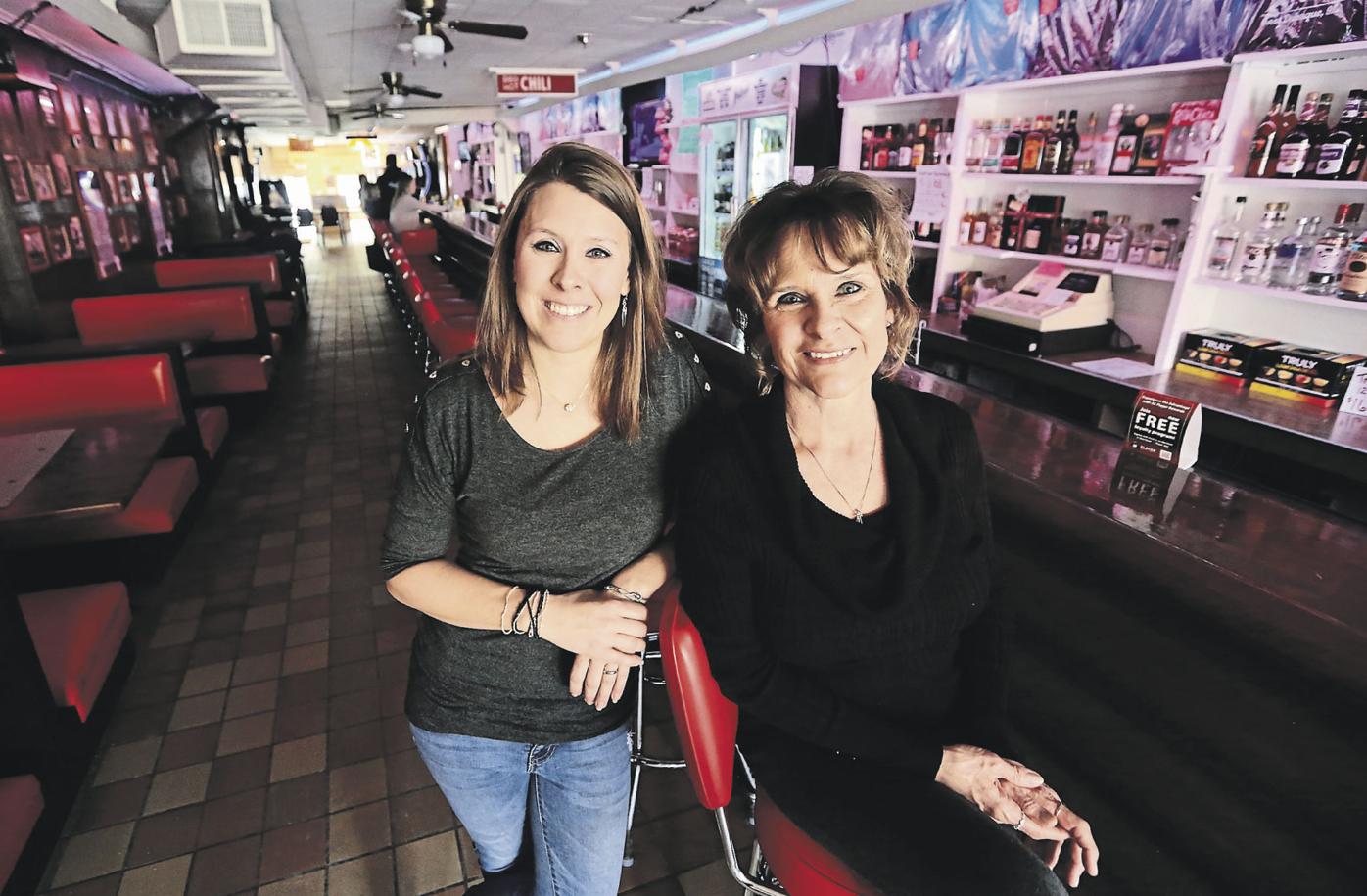 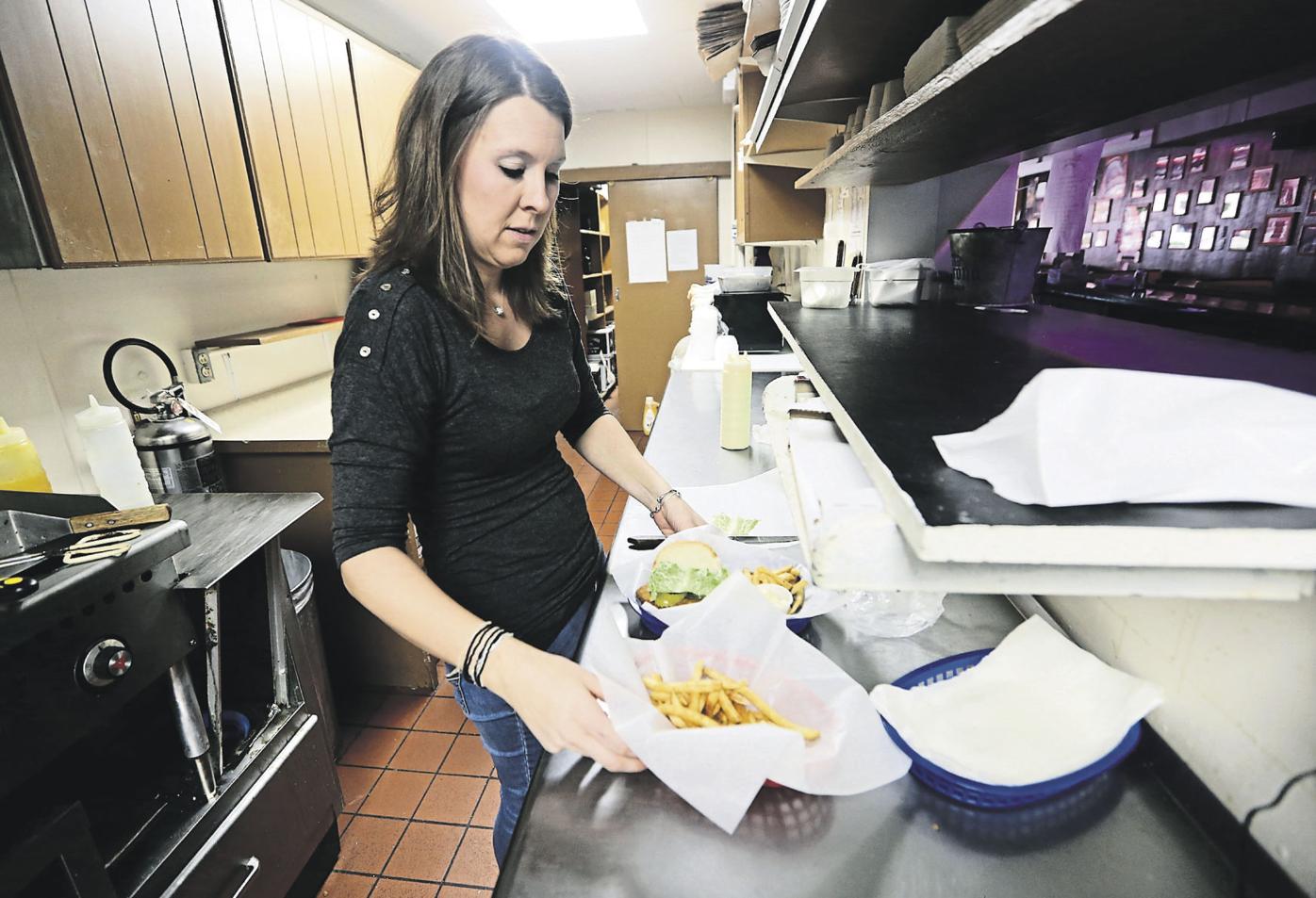 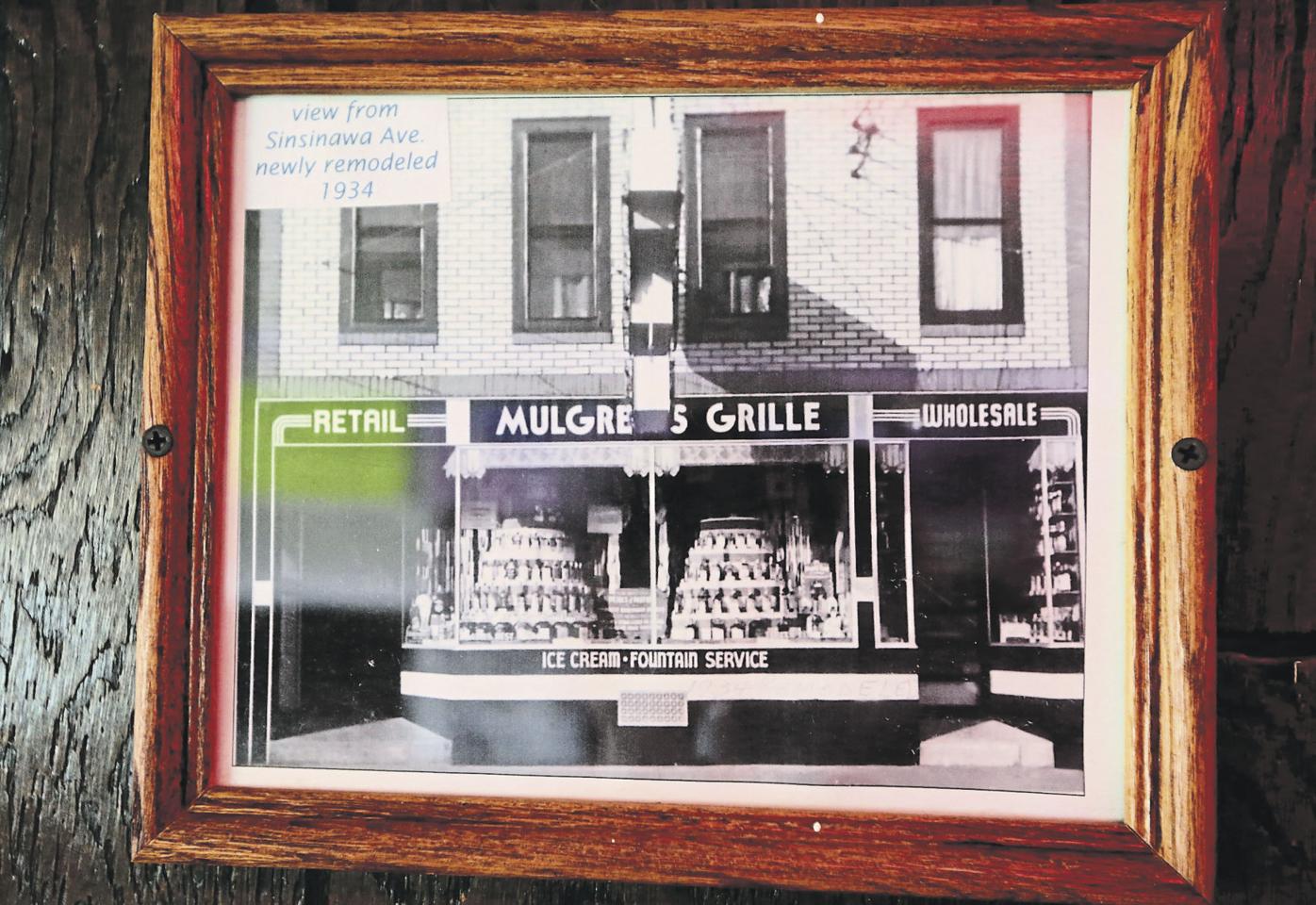 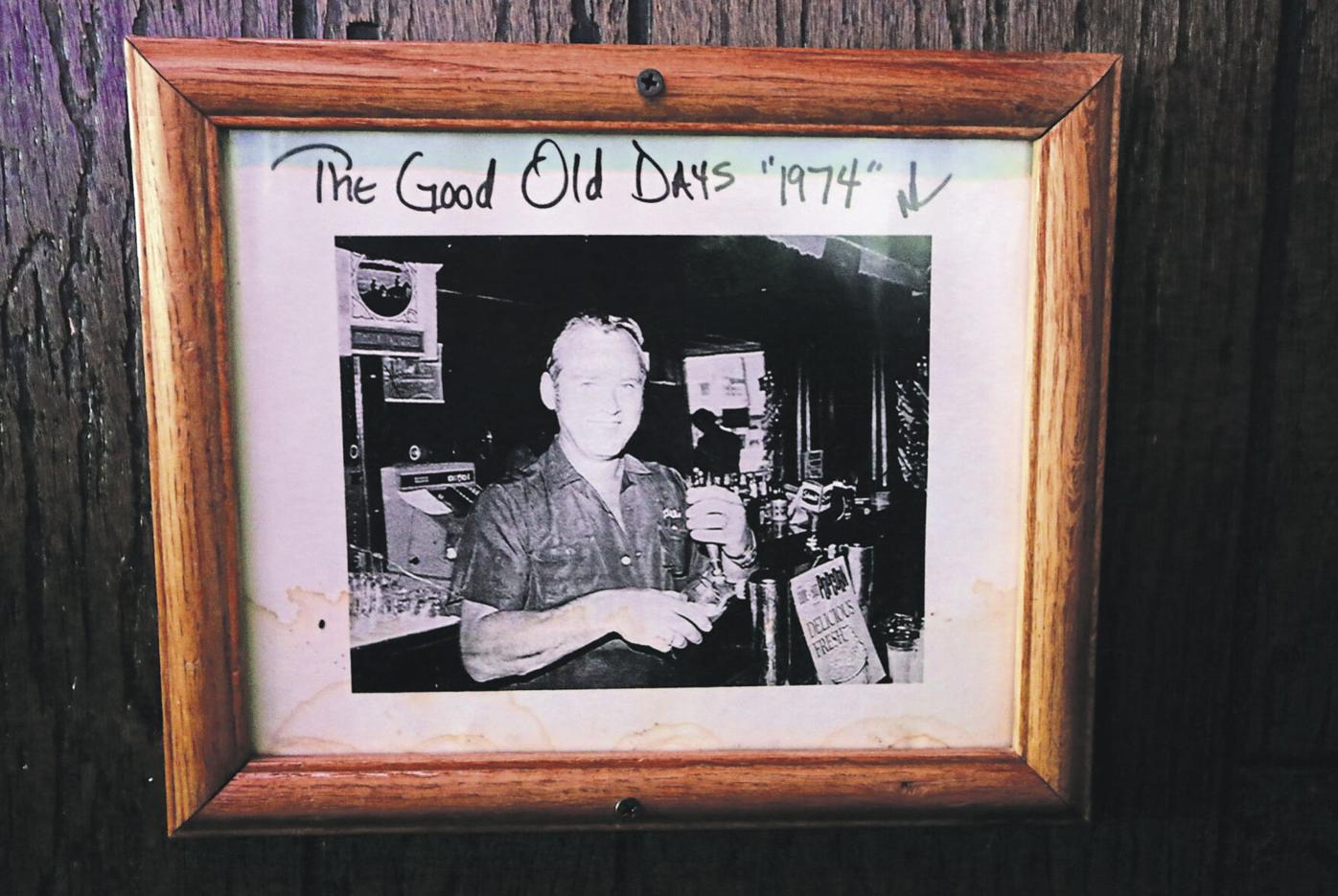 A photo circa 1974 of Dallas Mulgrew hangs on the wall inside Mulgrew’s Tavern and Restaurant in East Dubuque, Ill. 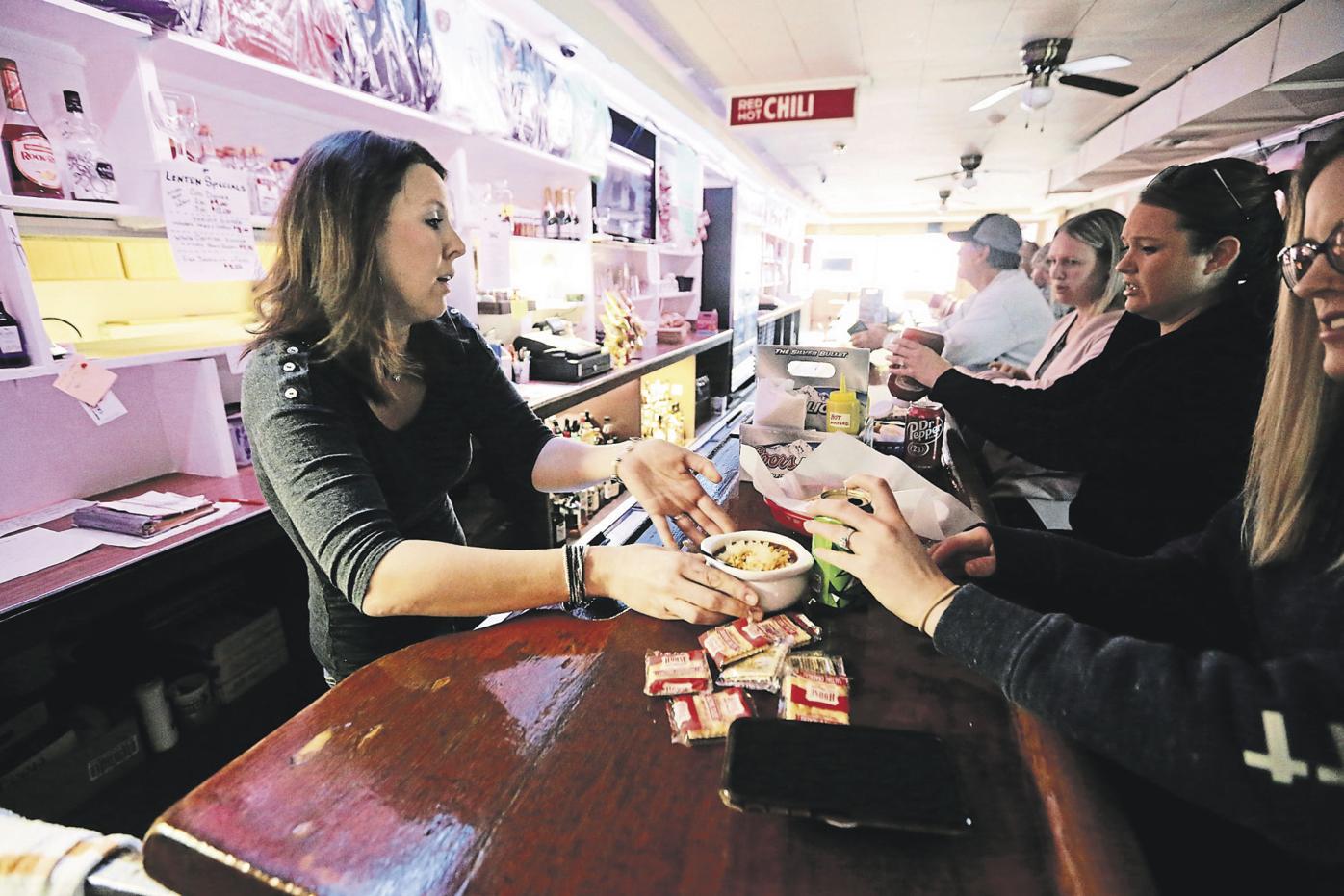 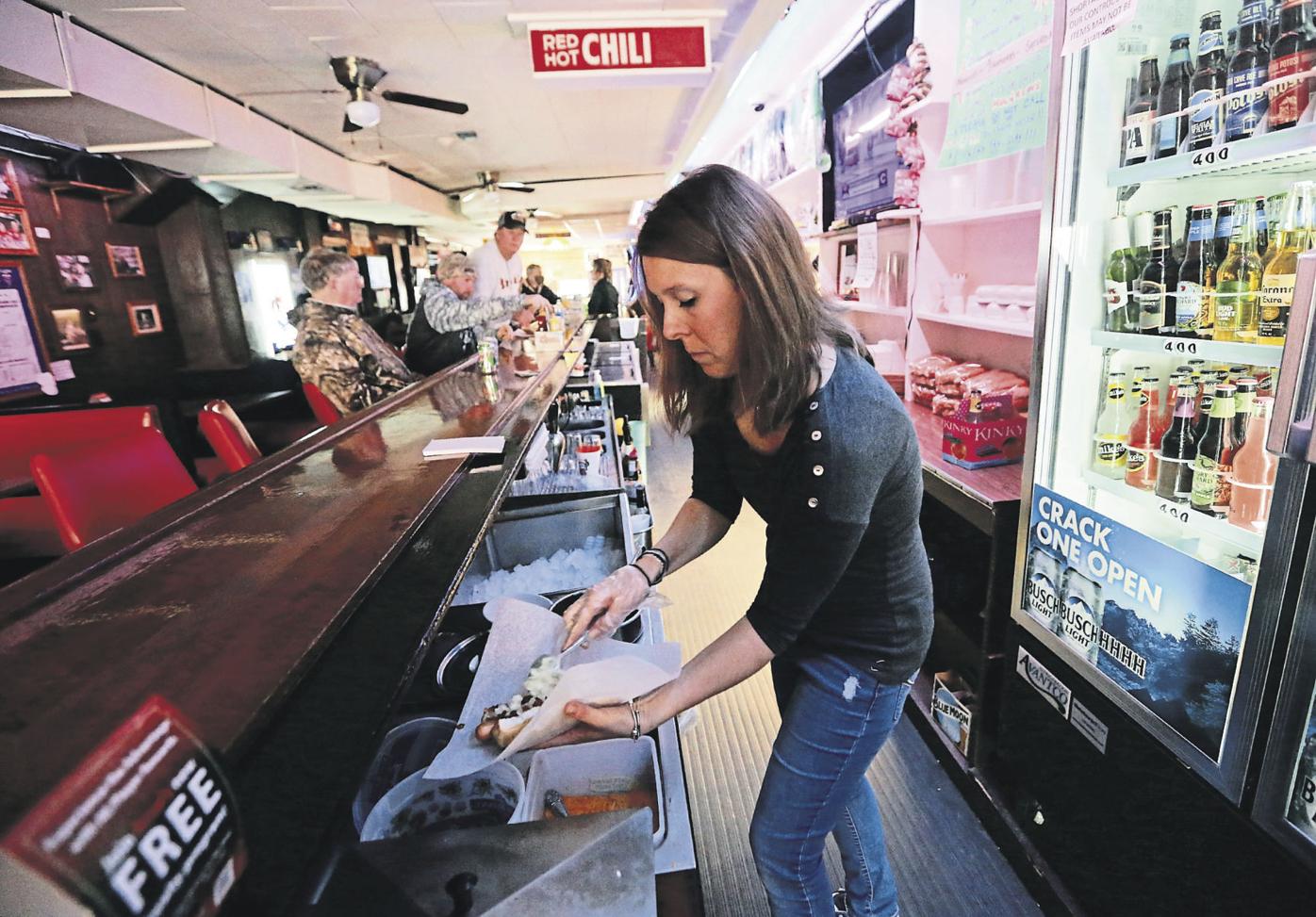 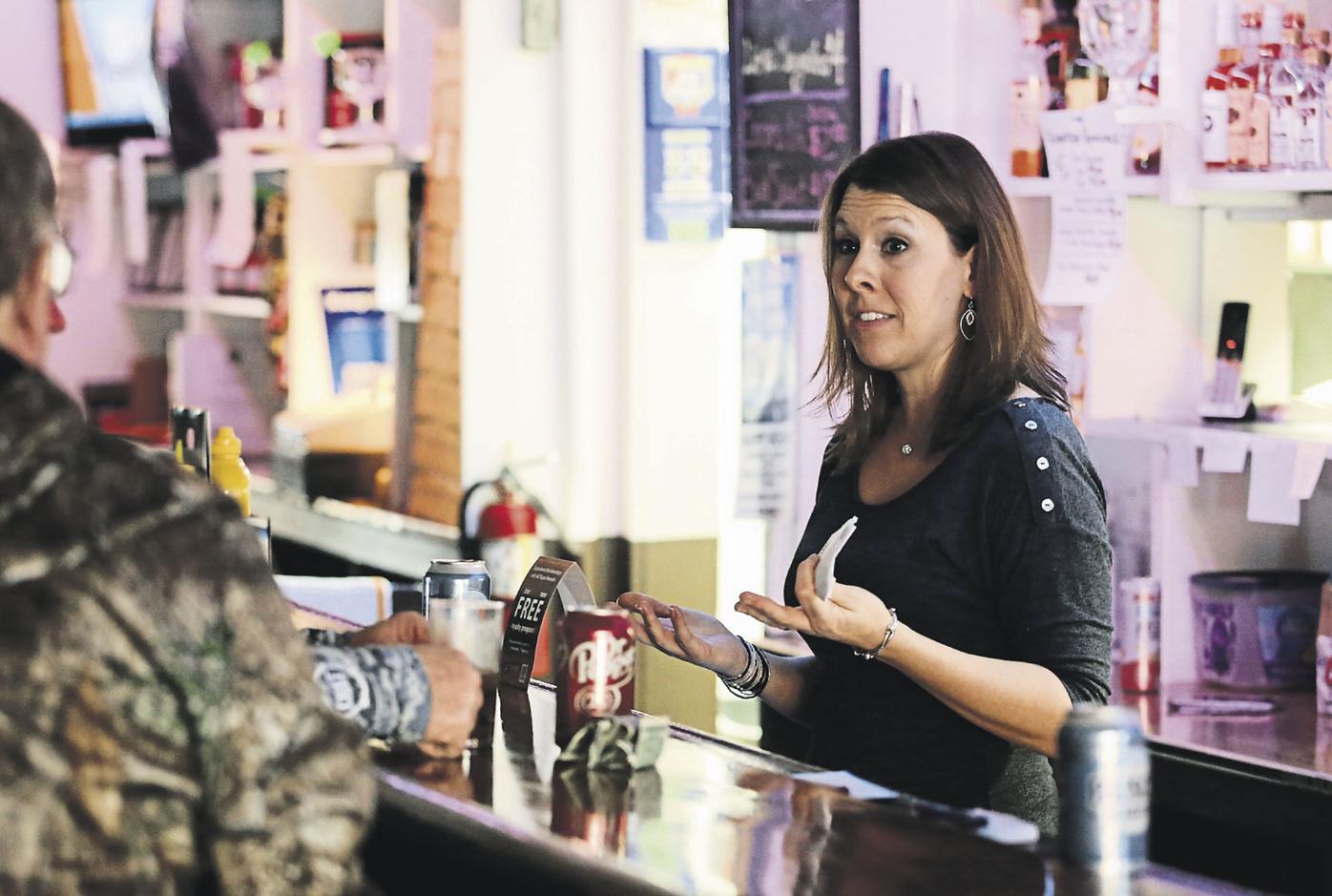 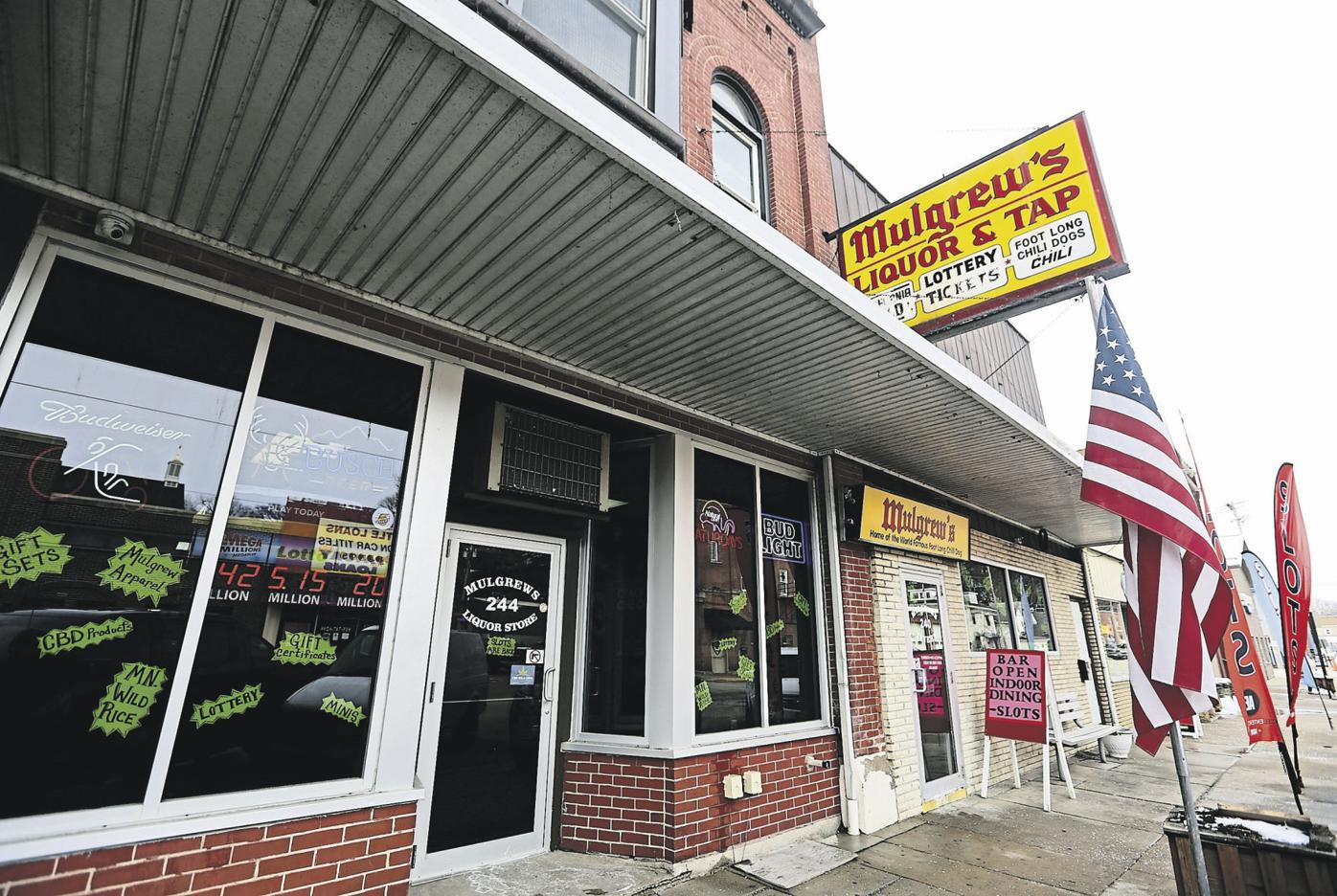 A photo circa 1974 of Dallas Mulgrew hangs on the wall inside Mulgrew’s Tavern and Restaurant in East Dubuque, Ill.

“I started bartending here when I was 15 years old,” said Temperley, 62. “I was working the late-night shift, when there were four bartenders behind the bar — back when East Dubuque was known to be East Dubuque.”

“I’m excited that they’re turning 100,” said Mayor Kirk VanOstrand. “I’ve been going down to Mulgrew’s ever since I was a wee little kid. Mulgrew’s turning 100 is a milestone for East Dubuque.”

The customers packing Mulgrew’s created a “fast-moving” atmosphere in the tavern, Temperley said. Many of the customers craved what had become the tavern’s signature dish.

“My biggest memory is just the amount of people,” she said. “You’d be behind the bar, and somebody would say, ‘Hey I need a chili dog,’ and you’d look up and there would be 10 faces in front of you.”

Temperley’s great-uncle, the late Ed Mulgrew, is credited with introducing the tavern’s chili-drenched footlong hot dogs to area residents in the late 1950s.

“Uncle Ed had been in Chicago and found some recipe and brought it back,” Temperley said. “He and the lady who was cooking at that time were playing around with the recipe until they got it how they wanted it.”

Mulgrew’s has maintained the recipe down through the generations, selling countless chili dogs for decades.

“There was a college student who did a report (on Mulgrew’s chili dogs) back in the early 1980s, and at that time, they had said 1,500 per week going out of here,” Temperley said. “That was back in the days when we had a lot of college kids (coming in).”

Before its chili dogs became a bar-food institution and before the tavern became a fixture on Sinsinawa Avenue, Mulgrew’s began life as a humble, neighborhood store.

“It was a grocery store back then and a small restaurant in the back,” said Temperley, who is Old Bill’s great-granddaughter. “After Prohibition, Great-grandpa decided to have some alcohol (for sale) and make some real money.”

Jo Daviess County legends tell of Prohibition-era gangsters making their presence felt. Mulgrew’s has figured in some of the legends.

“We used to hear stories from old-timers that Great-grandpa Bill might’ve run with (Al) Capone or some of the other (Mulgrew) relatives were acquaintances of Capone,” Temperley said.

“Then, (Mulgrew’s) went to Bill’s son, my great-uncle Ed,” Temperley said. “Ed ran it for about seven or eight years. Around that time, my dad was in here doing odds and ends.”

When Ed decided to move to California, Temperley’s dad, Dallas Mulgrew, purchased the business in 1964.

“I came into (the business) as a shy kid,” Temperley said. “I grew up fast, and it was fun. It was very fast-moving. We didn’t have the fryers and the grill (we have now). We just served chili dogs and cold cheese and ham sandwiches.”

Mulgrew’s became a popular — and winning — source of lottery tickets in East Dubuque.

“When my dad was here, the lottery came in the 1970s, and early ’80s, and that really boosted the business,” Temperley said. “We have had four million-dollar winners come out of here.”

Dallas owned and operated the family tavern until his death in 2004. That’s when Temperley took over, and her daughter, Terissa Ohnesorge, began working at the tavern.

Tending bar at Mulgrew’s sometimes can seem a little crazier than other establishments because of the length of the bar: 56-1/2 feet.

“That’s a lot of walking when you’re bartending back and forth,” Ohnesorge said. “There is a bar in Chicago that is a foot longer, so we claim to have the unofficial, second-longest bar in Illinois.”

Ohnesorge said her role is learning as much as she can from her mom.

“There’s a lot to this business, being a bar and a liquor store,” Ohnesorge said. “There are the salespeople who come through here on a daily basis and the deliveries. You can’t just come in here and serve somebody a beer. You have to know your stuff. Not many people realize we have a full menu. You don’t have to only have a chili dog.”

“When I’m not here, she takes over,” Temperley said.

The COVID-19 pandemic and restrictions related to COVID-19 affected the entire bar and restaurant industry, and Mulgrew’s was no exception.

Temperley said one of the most difficult aspects of COVID-19 was limiting the types of reunions that can occur in a 100-year-old neighborhood tavern.

“One of the fun things in this business is seeing people who you only see certain times of the year, like Christmastime, the Fourth of July or Memorial Day,” she said. “(People) will say, ‘I came with my mom or my dad, and now here are my kids.’ That’s really a fun part of it. We didn’t have that (with COVID).”

As 2021 progresses, Mulgrew’s continues to plan for its 100th anniversary celebration.

“We have a golf outing planned in August,” Ohnesorge said. “We don’t have exact dates for anything yet. In September, our plan is to do a street party. Not everybody turns 100 years in business, so we’re going to be outside celebrating.”