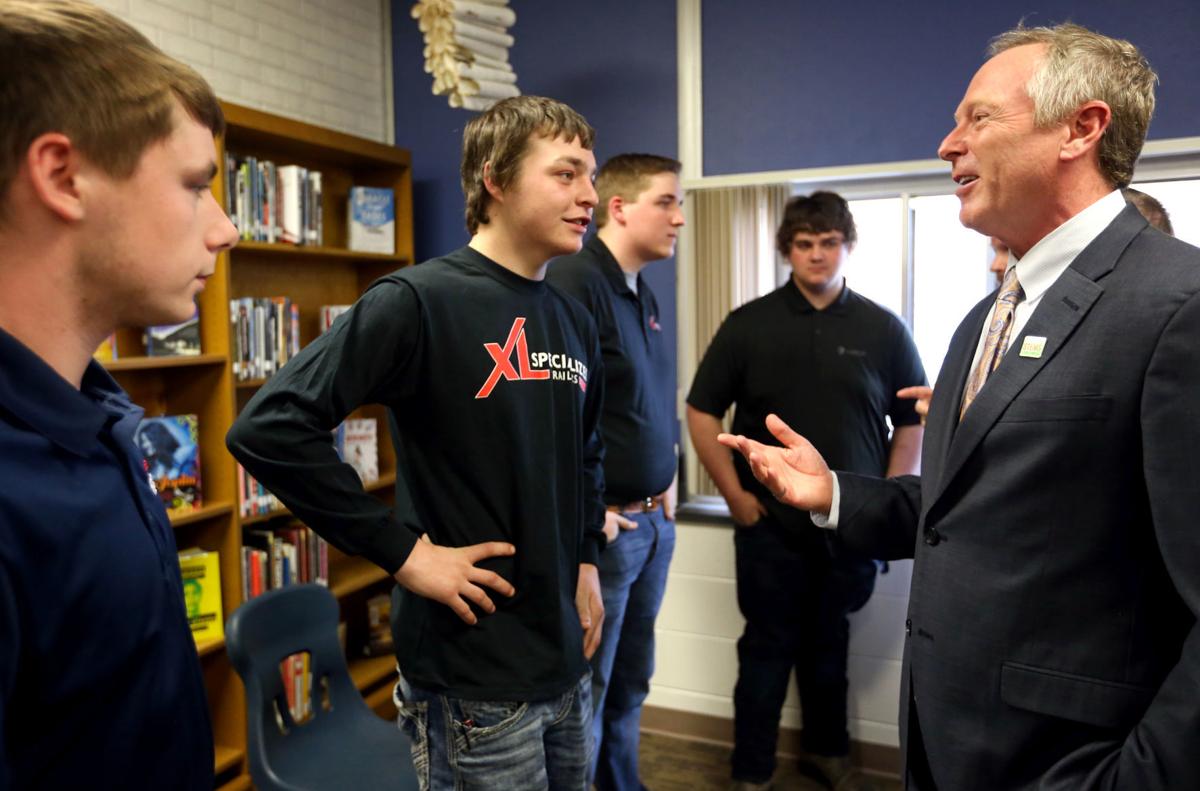 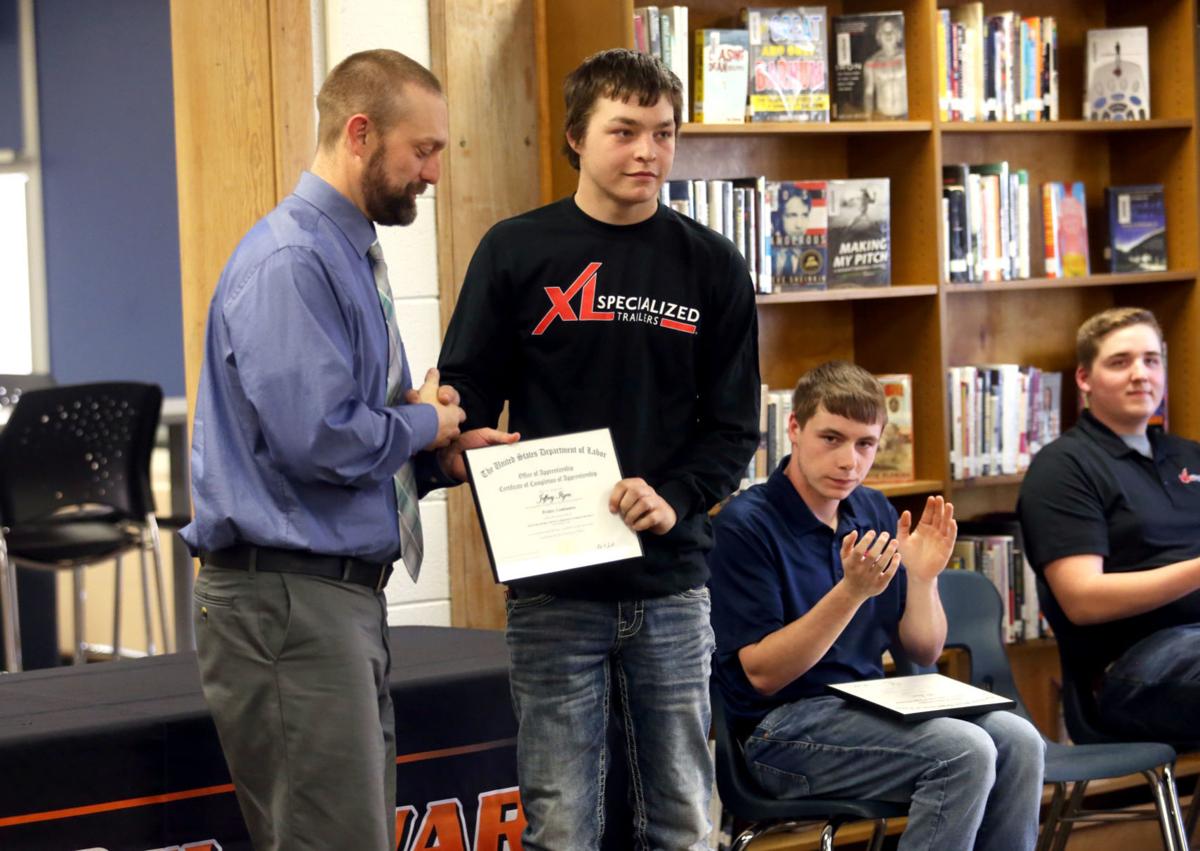 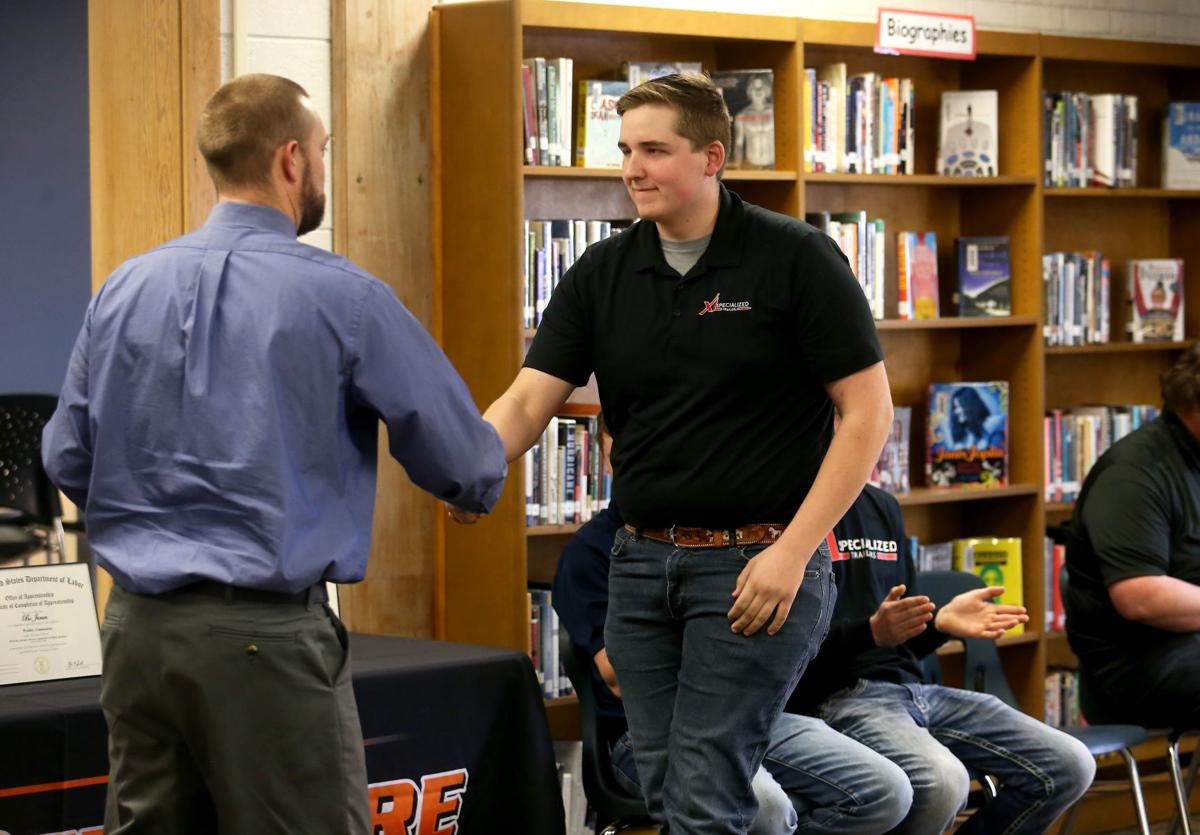 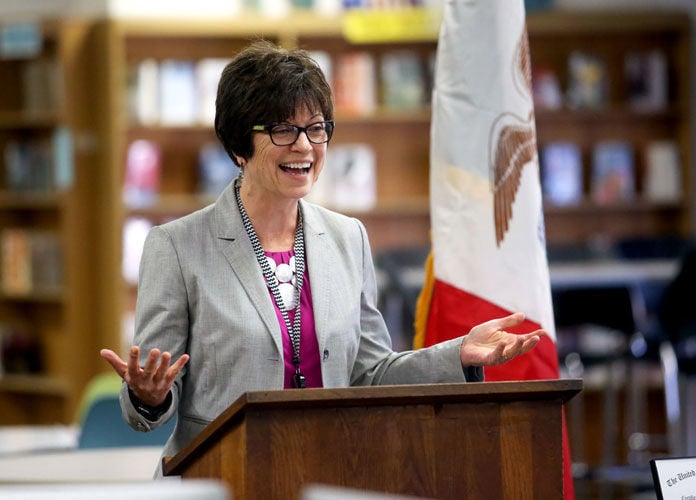 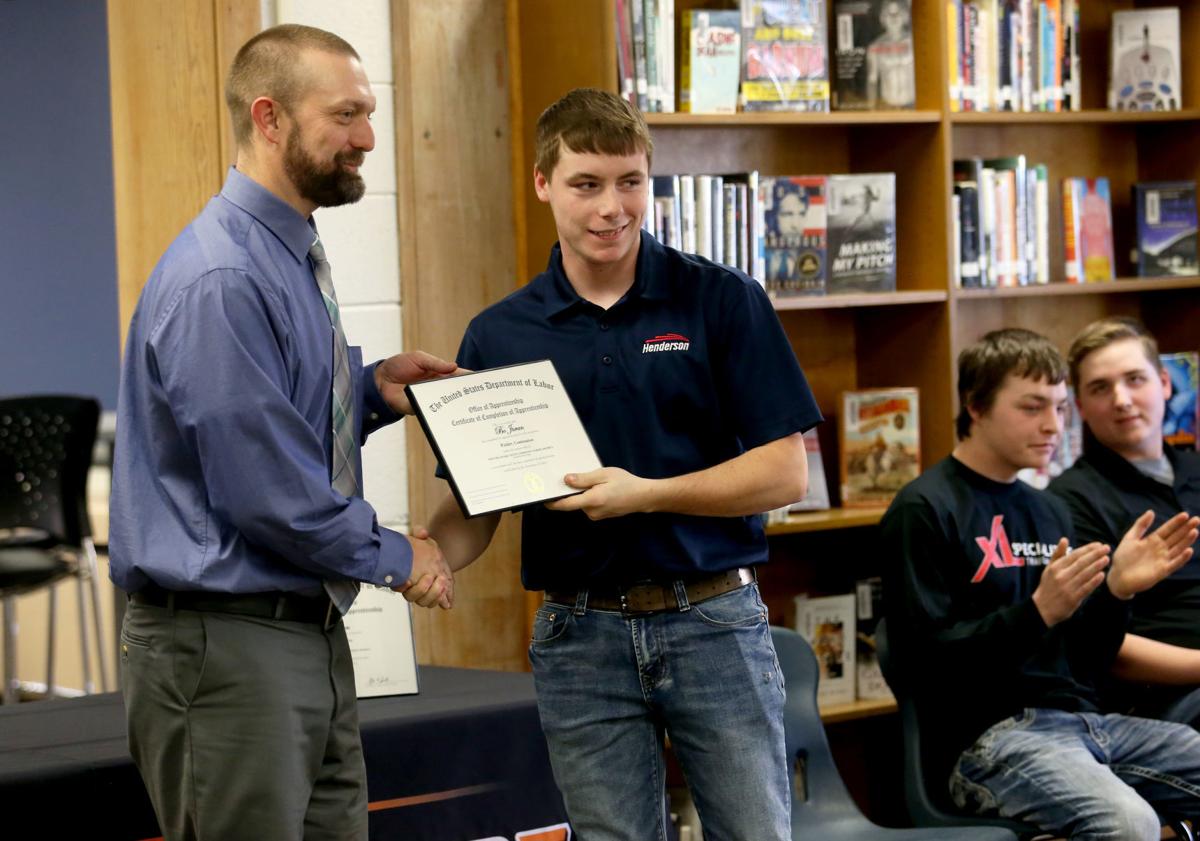 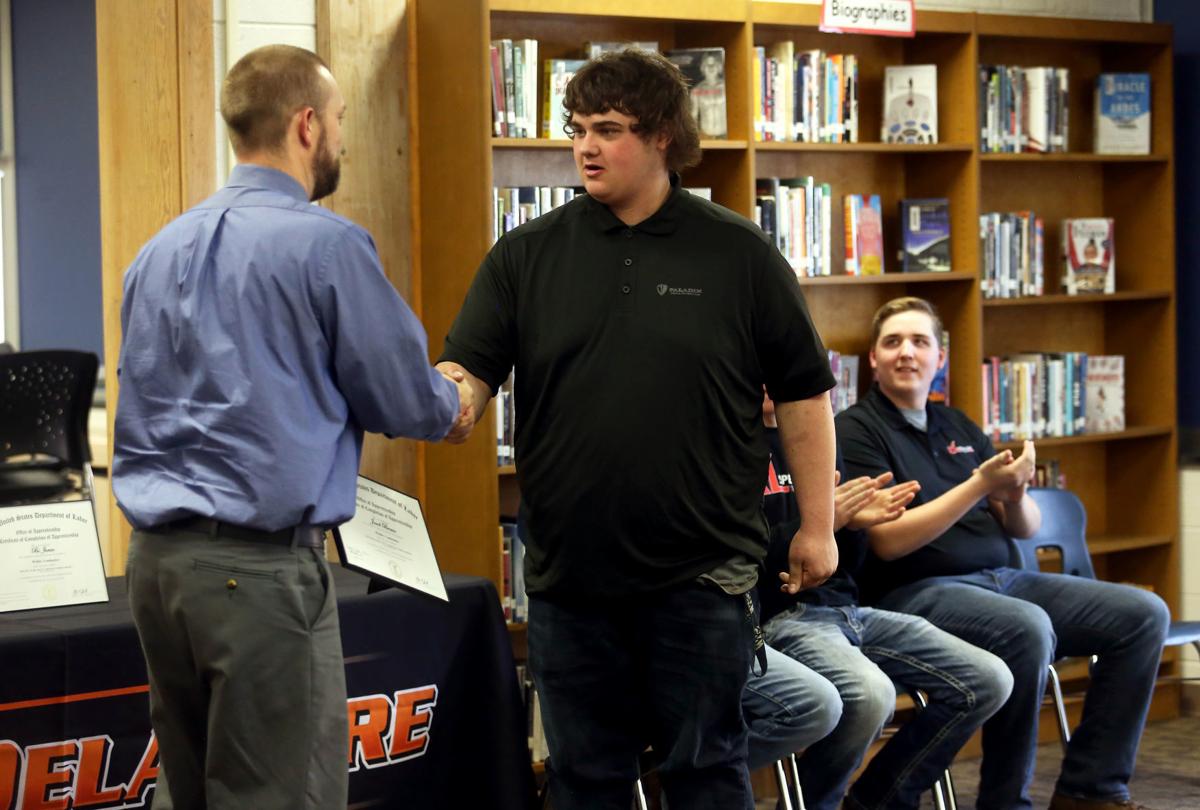 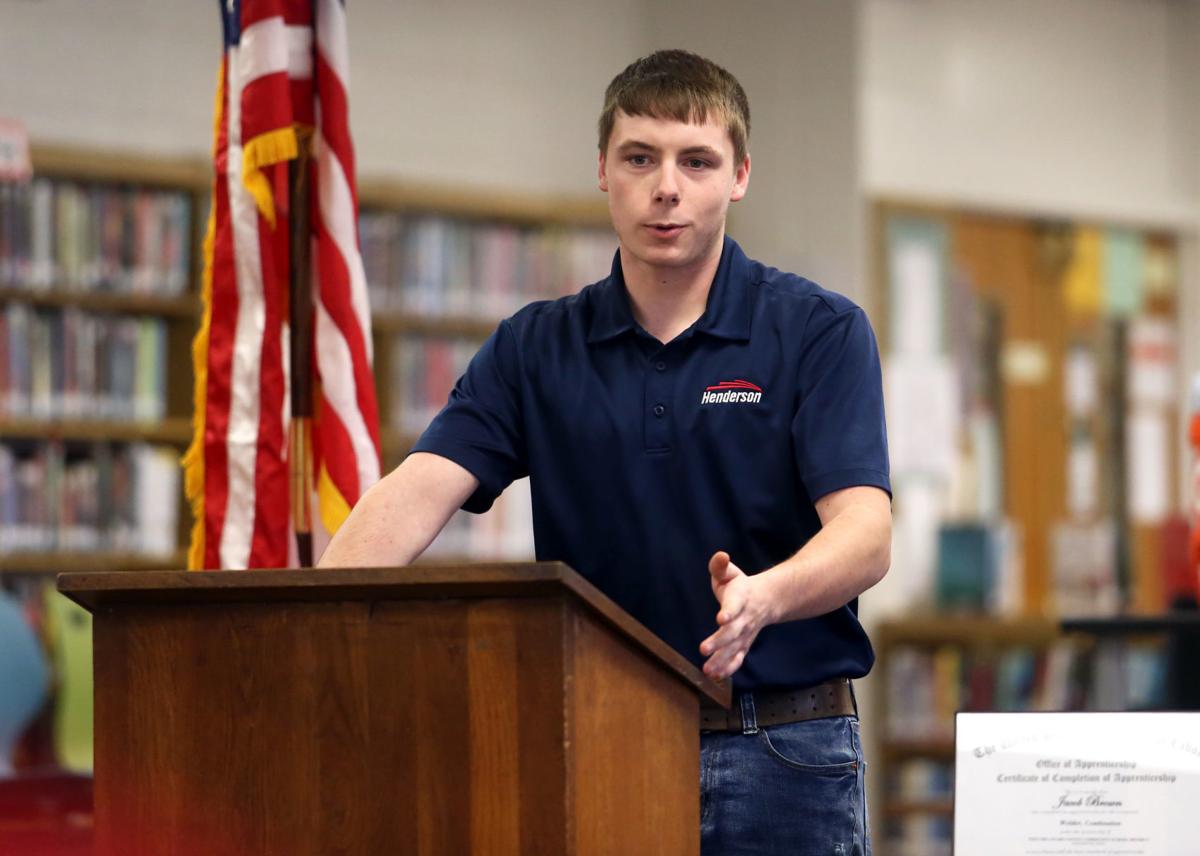 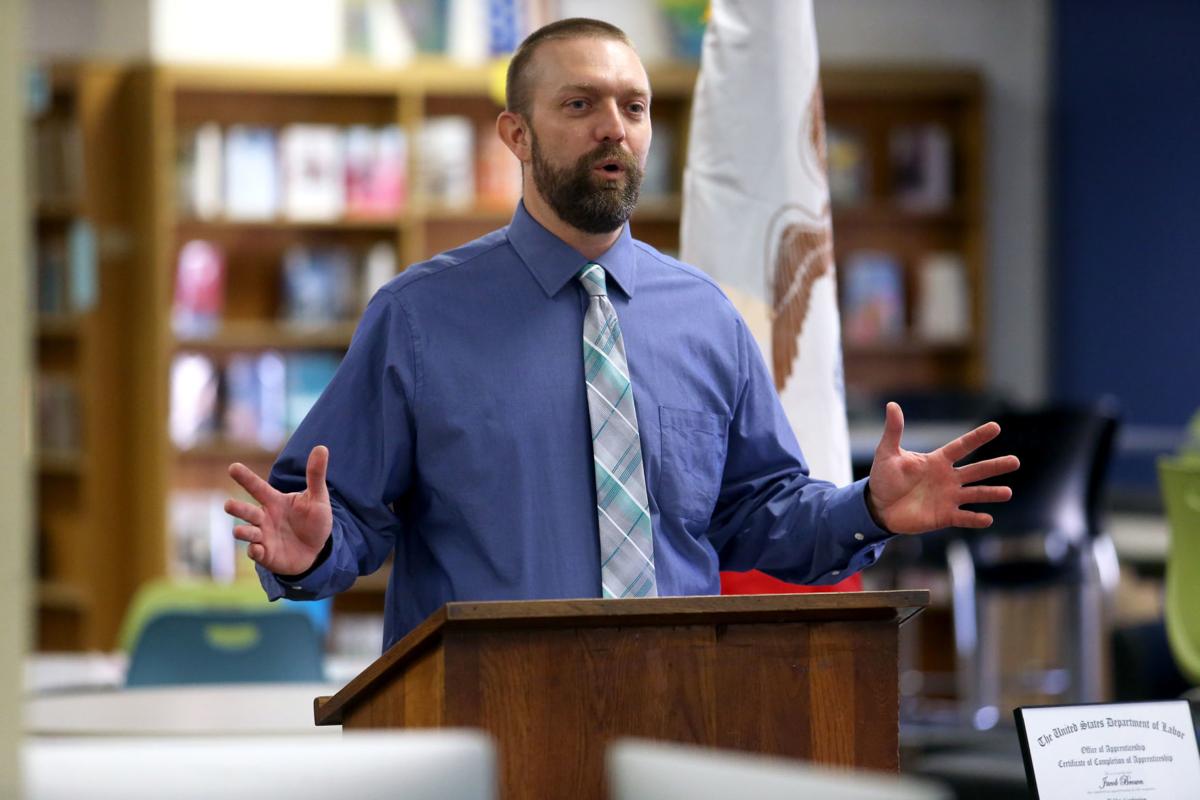 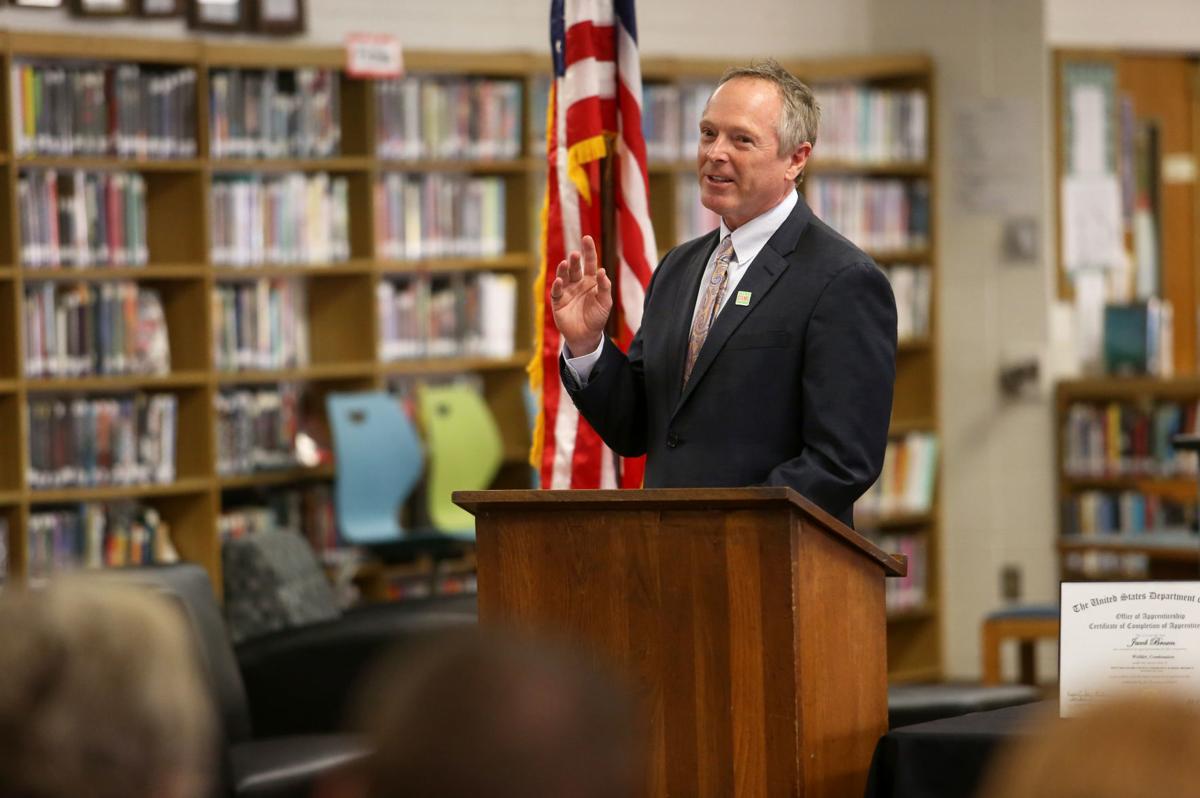 MANCHESTER, Iowa — After 2,000 hours working in the welding field, Dakota Waterhouse had this advice Monday — give everything you have every day at work.

“Don’t be afraid to get dirty and just show up to work,” the 2019 graduate of West Delaware High School told about 50 people.

Waterhouse and three other recent West Delaware grads celebrated another graduation as they and school district, business and state officials marked their completion of the school’s registered apprenticeship program in welding.

The four students, two of whom have completed all of the program requirements and two who are finishing up, are becoming the first to complete West Delaware’s welding apprenticeship. The program launched last year as one of the first such high-school-based apprenticeships in the state.

“It’s a chance for them to make great money, to learn a valuable skill and to be guaranteed a (job) opportunity at the end,” said welding instructor Seth Harms.

Participants in the program had to log 2,000 hours of work, complete technical skill classes and meet a series of professional competencies in relation to their welding skills and ability to be good workers.

Tim Guyer, human resources manager for Paladin Attachments, praised the hard work that apprentices have put into the program.

“Some of the stereotypes (of young people,) we like to repeat, they’re not correct,” he said, encouraging other high schools to look into starting their own programs.

Bo Juran, who is finishing up his work hours to complete his apprenticeship, said that, while the program has been hard work, he has enjoyed the opportunity.

In addition to working in the field, he also learned about working with other people.

“There’s people that come in mad every day, and you’ve got to learn to work with them,” he said.

While West Delaware was an early adopter of high school-based registered apprenticeship programs in Iowa, the idea is growing.

There now are 14 such programs. Jeff Weld, executive director of Governor’s STEM Advisory Council, expects that number to double in the next six months.

Dubuque Community Schools is working to create its own welding registered apprenticeship program, said David Moeller, educational support leader for career and technical education. It aims to apply early next year to start the program and then to begin offering it in the fall of 2020.

“We’re really working to get solid pathways for students to explore before they’re out of high school what they want to do when they graduate,” Moeller said.

West Delaware officials also allow students from other districts to apply for the program. Students at Maquoketa Valley High School in Delhi are in the process of doing so, Principal Troy Osterhaus said.

“We’re just trying to meet the needs of our kids if that’s what they want to do for a career,” he said.