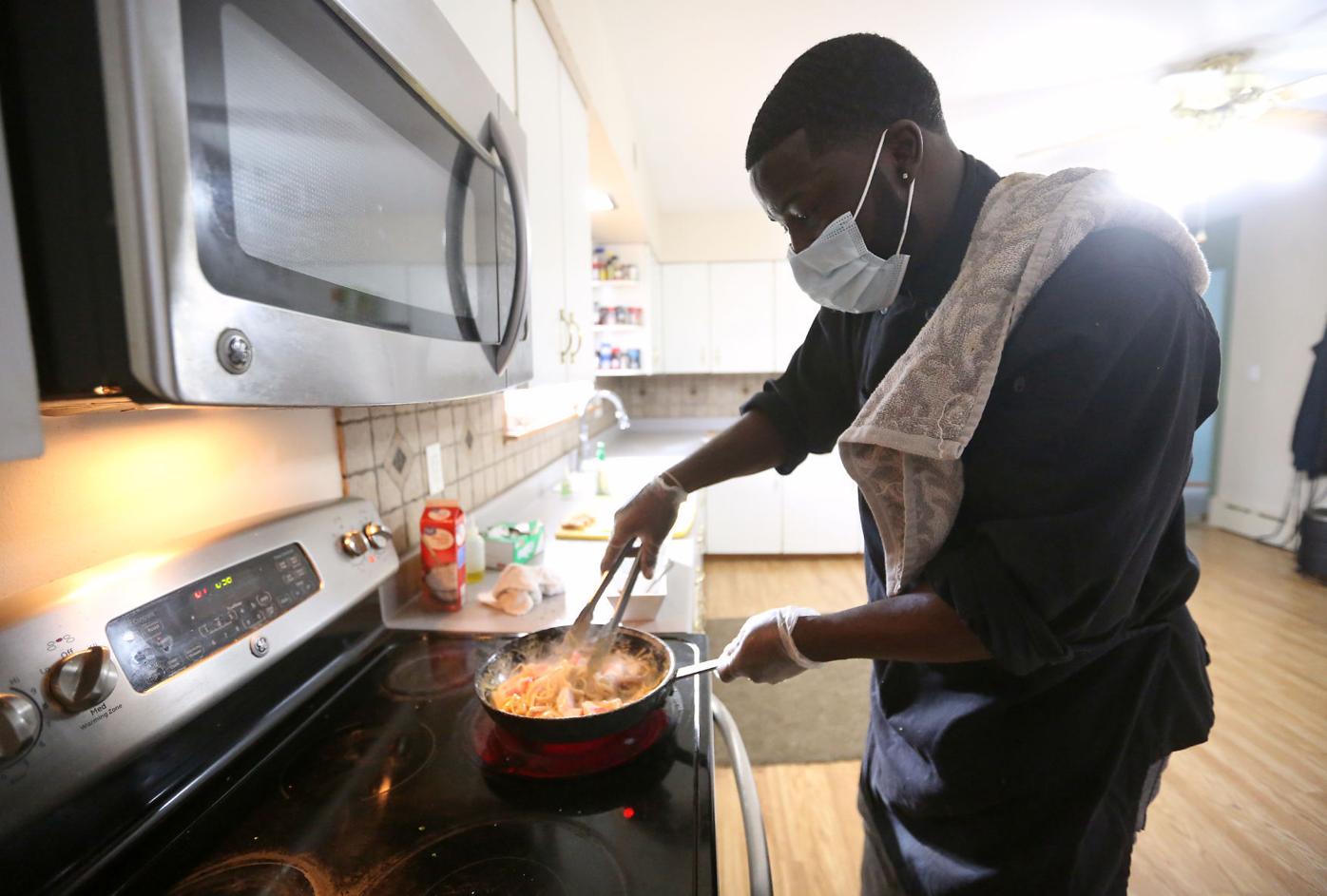 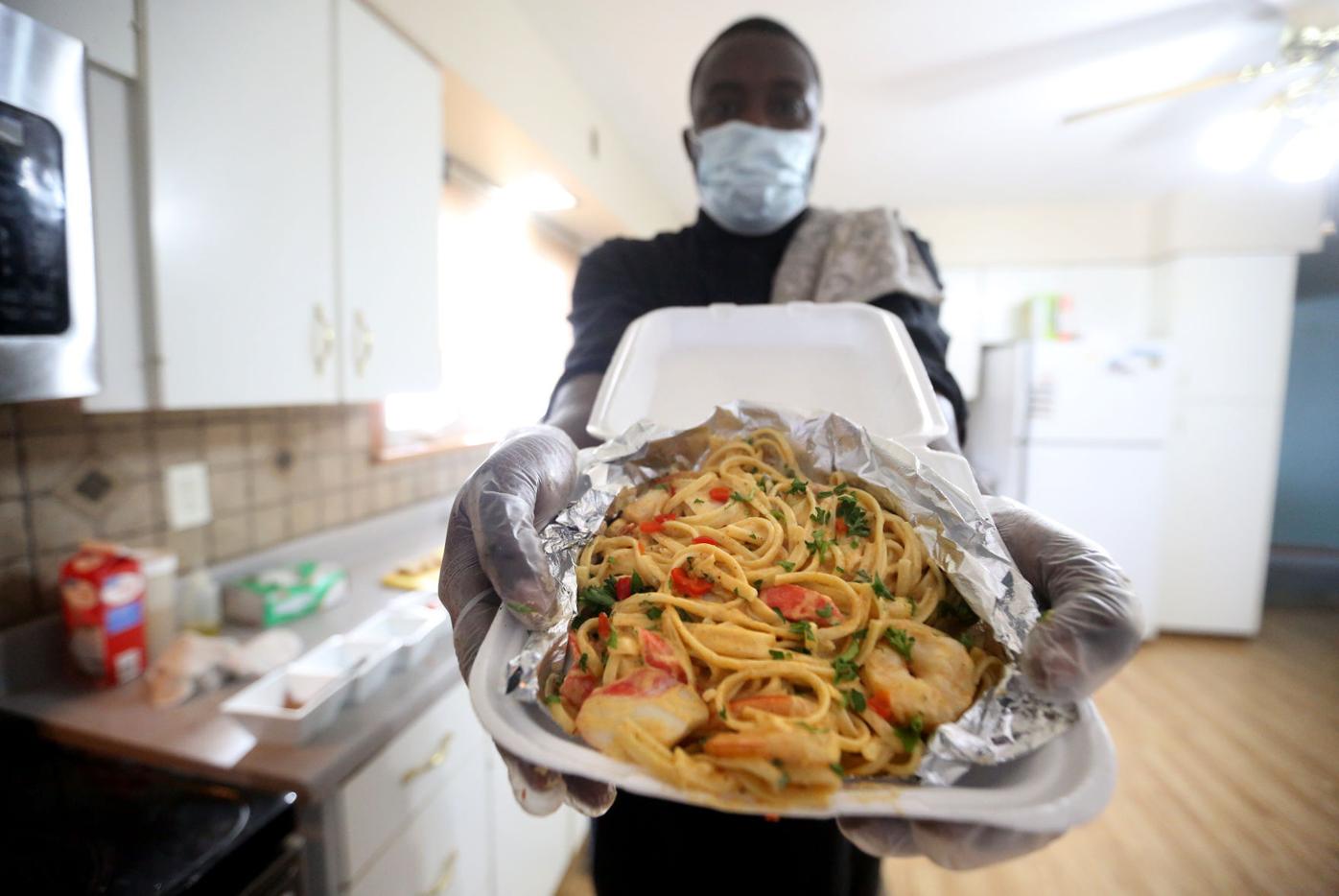 Ty Beard, with Just Like Home Catering, holds up a cajun seafood pasta dish at his home in Asbury, Iowa, on Monday. 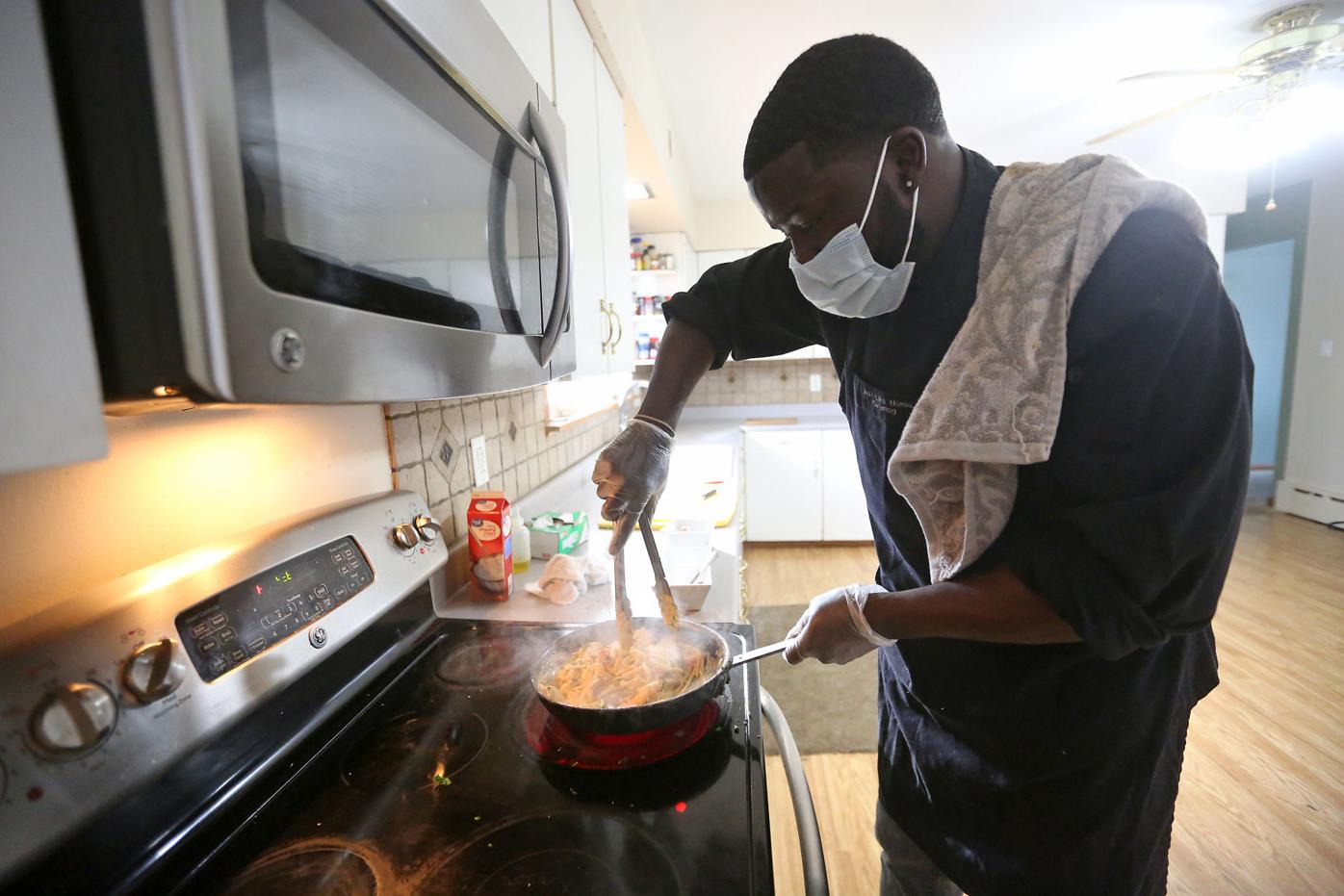 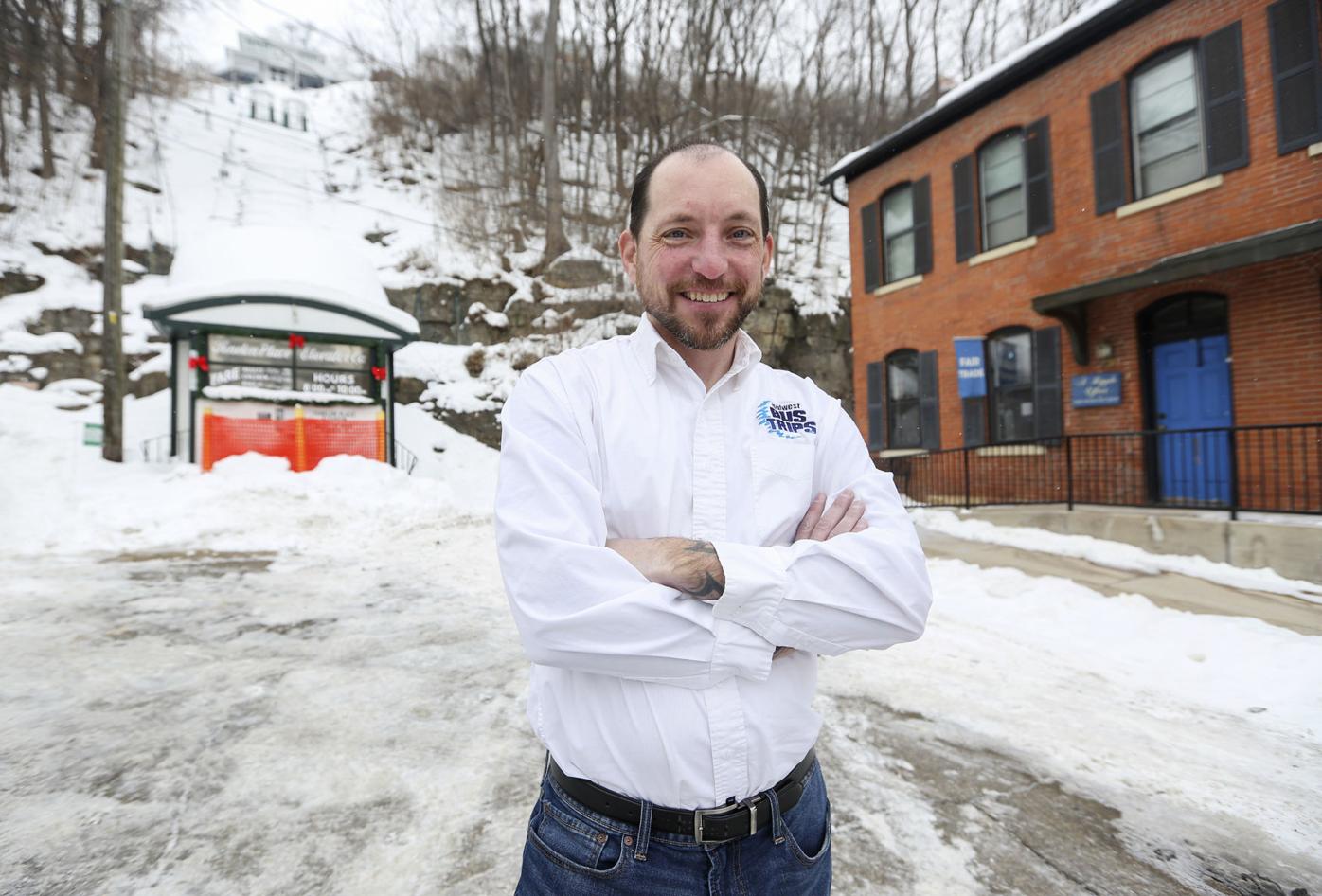 Aaron Rainey, owner of Midwest Bus Tours, plans to include Fenelon Place Elevator in Dubuque as one of the local highlights on the 2021 calendar. 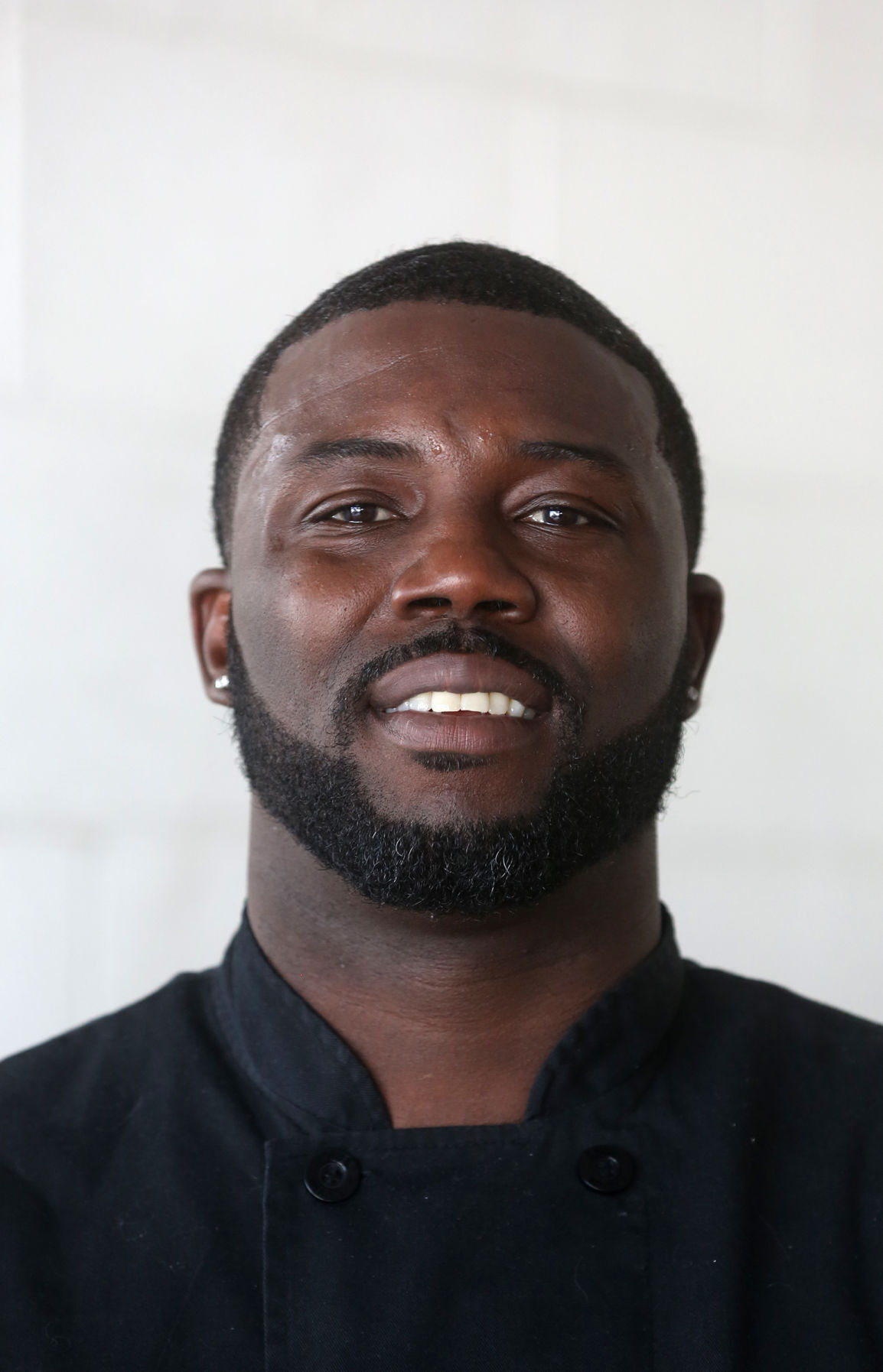 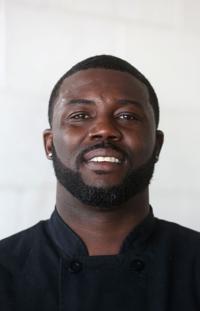 Ty Beard, with Just Like Home Catering, holds up a cajun seafood pasta dish at his home in Asbury, Iowa, on Monday.

Aaron Rainey, owner of Midwest Bus Tours, plans to include Fenelon Place Elevator in Dubuque as one of the local highlights on the 2021 calendar.

Biz Buzz shares business tidbits from around the tri-states each Tuesday. This week, we highlight developments in Dubuque and Asbury, Iowa.

A few years after launching his catering business, local resident Ty Beard is growing his base of clients and eyeing an expansion in the near future.

He counts Caribbean jerk chicken and various seafood dishes among his specialties. However, he said he is capable of making anything and everything.

“Whatever it is you require, I’ll get you what you need,” he said. “I consider myself the personal chef to Dubuque.”

Beard said he cooks many of the dishes out of his Asbury home but also sometimes utilizes kitchens at the site of the events or gatherings he is serving.

Beard moved to Dubuque in 2009 and started cooking professionally shortly thereafter. He absorbed tips and wisdom from a variety of local chefs and completed courses at Northeast Iowa Community College to hone his craft.

“I have always had a passion for cooking,” he said. “It is what I love to do. The Dubuque community has given me an opportunity to pursue that.”

Just Like Home Catering often serves small events of 10 to 12 people, but the business is also capable of cooking for larger events of 50 or more.

Beard emphasized that he caters for gatherings throughout the region, noting that he has cooked for events in communities such as Galena and Freeport, Ill.

In the coming months, Beard plans to bring his culinary creations to residents in a new way.

“I am looking to have a food cart, probably sometime in the early spring,” he said. “That is my next step in Dubuque.”

Just Like Home Catering can be reached at 563-239-4070. Customers also can place their orders at justlikehomecatering.biz.

Jimmy John’s opened a restaurant at 2515 Northwest Arterial on Feb. 11, according to General Manager Kieren Anderson. While this is the eatery’s third location in Dubuque, Anderson emphasized that it is the first with a drive-thru window.

“People have been taking advantage of that option a lot,” Anderson said. “I think it will be really popular, especially when the weather is cold.”

Because of ongoing concerns related to the COVID-19 pandemic, the lobby of the restaurant is not open for dine-in customers. However, customers can enter the store to order or pick up their sandwiches.

After more than a decade of growth, the COVID-19 pandemic nearly dealt a knockout blow to a local business that revolves around events and tourism.

Dubuque resident Aaron Rainey launched Midwest Bus Trips in 2009, and the company has spent the past 12 years transporting groups to and from large gatherings, ranging from concerts to sporting events.

The business had more than 120 trips planned for 2020, but the pandemic knocked out all but three of them, Rainey said.

“It was catastrophic,” he admitted. “I’m not sure how we made it through the year.”

As a new year begins, Rainey is hoping for better results and launching a new service to appeal to a different demographic.

Midwest Bus Trips will introduce a trio of tours in Dubuque County beginning in May. They will give local residents and tourists alike a chance to see some of the area’s most historic, popular and naturally beautiful landmarks.

One tour will take customers to Eagle Point Park and Dubuque Arboretum & Botanical Gardens, giving them a glimpse of two of the region’s most popular and picturesque outdoor attractions.

Another will visit the iconic Field of Dreams site in Dyersville, Iowa. And a third option will give customers a two-hour guided history tour of Dubuque, taking them to sites such as Julien Dubuque’s gravesite and the Fenelon Place Elevator.

Rainey said he worked with local hotels to determine what tourists would like to see when visiting the area. He acknowledged that the local focus is a far cry from what Midwest Bus Trips used to do, which focused largely on transporting customers to and from nearby metro areas such as Madison, Wis., or Chicago.

Three months before launching the new offerings, though, he is confident that they will prove successful.

“(Dubuque) is a great city with a great history, and I think people will enjoy the chance to take a look at that,” he said.

Midwest Bus Trips eventually will resume trips to events and venues outside of the tri-states, although Rainey acknowledged it could still be a while before concerts resume and sporting events welcome back fans. In the meantime, he believes the new, locally focused tours will provide a shot in the arm for his business.

And while the pandemic is not yet in the rearview mirror, Rainey thinks demand for some fun and recreation could be poised for a big-time bounce back.

Customers can learn more by calling 563-513-7314 or visiting MidwestBusTrips.com.