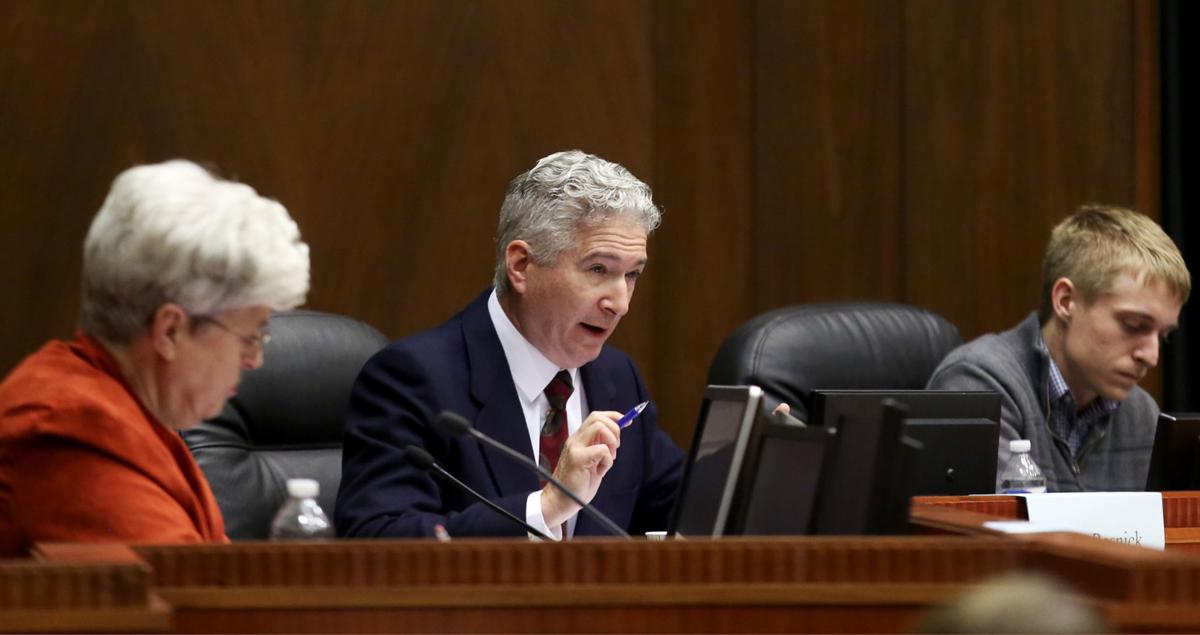 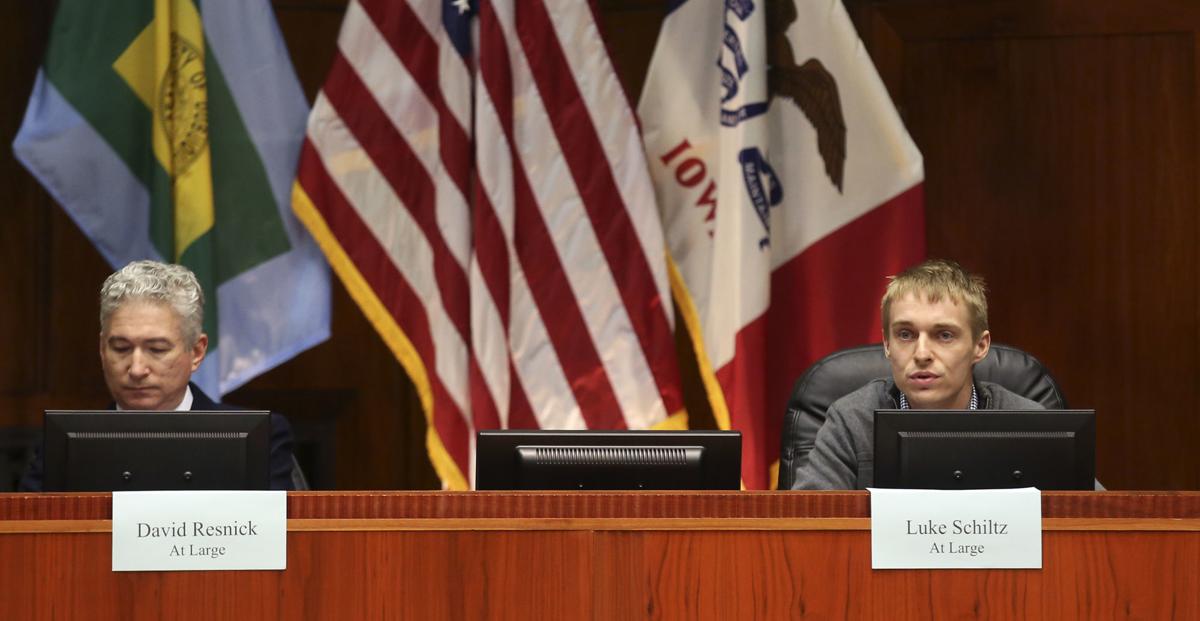 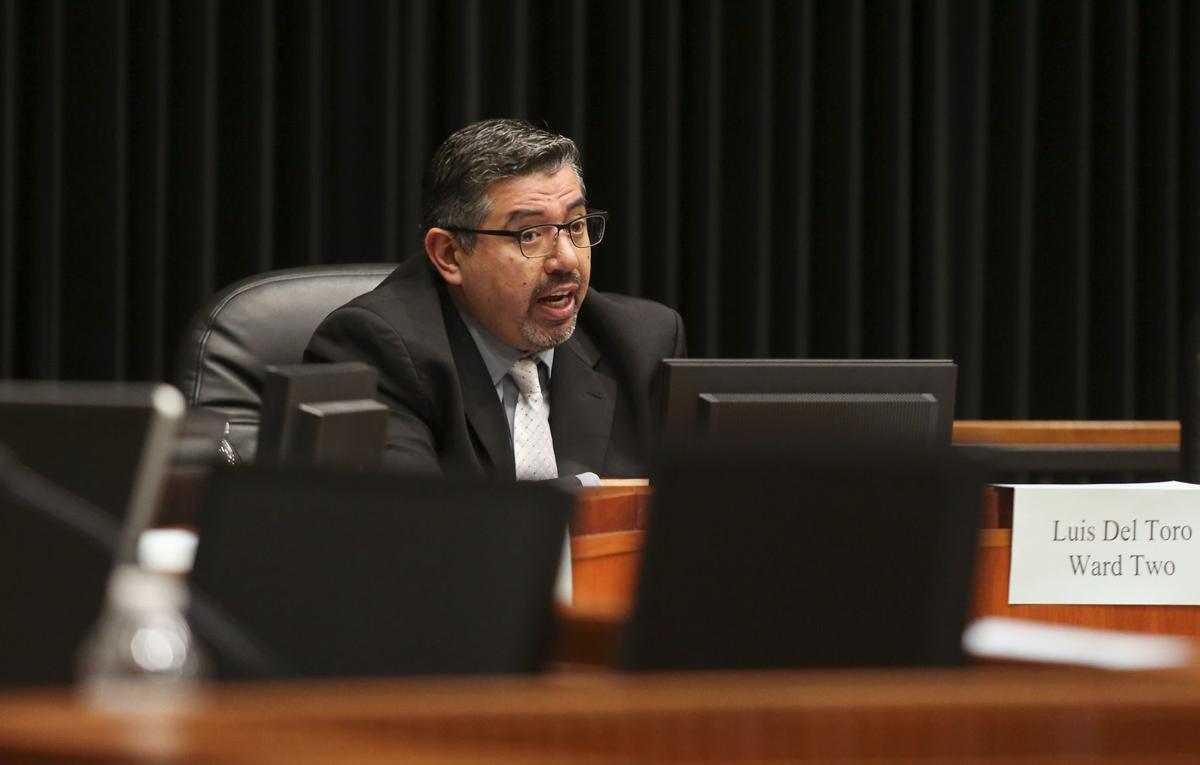 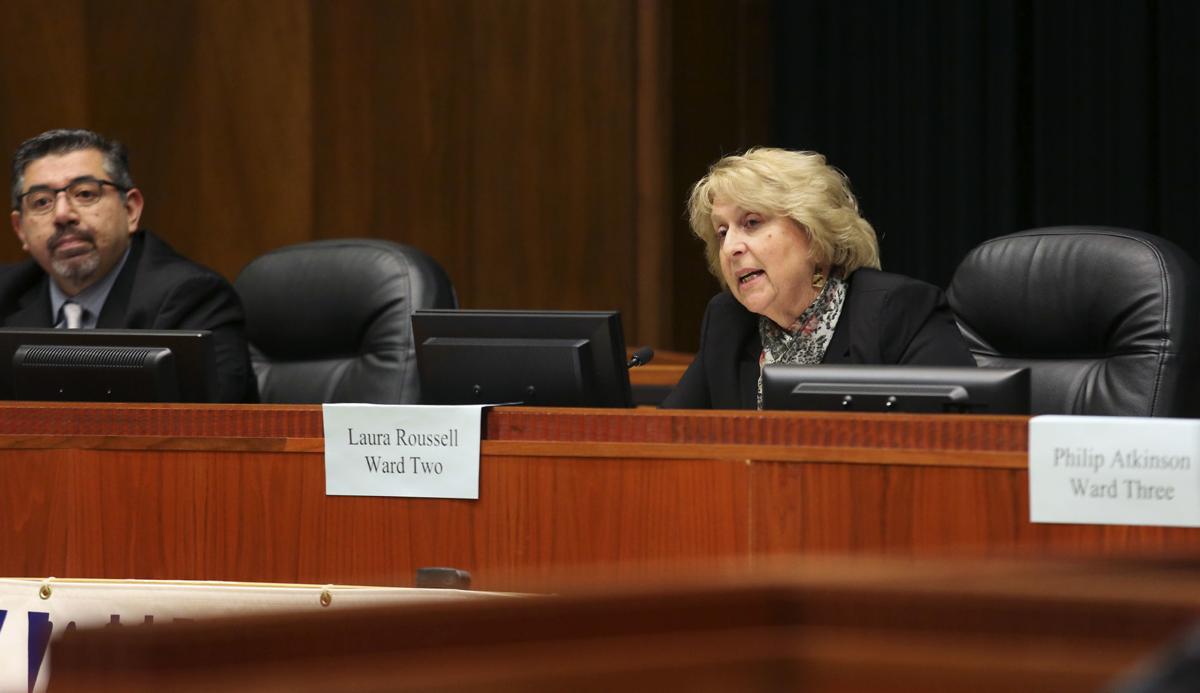 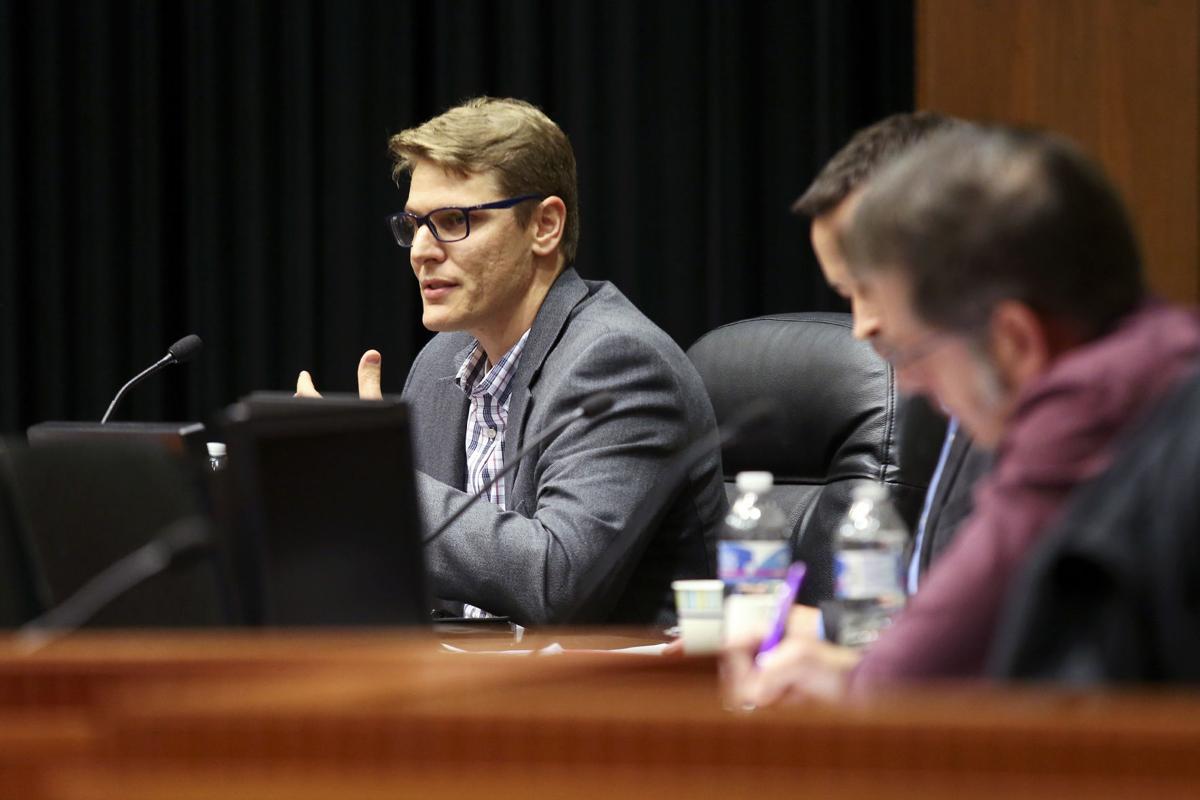 The prospective council members met for a forum at the Historic Federal Building, 350 W. Sixth St., hosted by the League of Women Voters of Dubuque. The event was held just weeks before the Nov. 5 election.

Candidates touched on a wide variety of topics, including the importance of installing sidewalks, ensuring city staffers receive adequate support if they feel harassed at work and fiscal responsibility.

When it comes to transparency and accountability in city government, three-term incumbent David Resnick and political novice Luke Schiltz agree — more is needed. But they differ on how to provide it.

Resnick said the city needs a fiscal report card “to see how the City of Dubuque is doing in our financial endeavors.”

The two also differed on ways to increase affordable housing and combat poverty.

Schiltz proposed the city work with local nonprofits to implement a transitional housing program for families in poverty.

Resnick vowed to continue to collaborate with residents to increase the city’s potential.

Faced with workforce shortages and an aging population, Schiltz argues city leadership could benefit from a younger perspective to help make Dubuque a more vibrant, attractive community for young families.

A small-business owner and single father to a 6-year-old son, Schiltz said he would seek to increase recreation and entertainment options.

“I think these are all three key things that need to be focused on here in the immediate future,” he said.

Del Toro said he will continue to advocate for city budgets that meet the council’s debt-reduction strategy and look out for taxpayer’s pocketbooks.

“When I first ran for City Council in 2015, I vowed to bring new ideas and fresh perspectives to this council table,” he said. “And since being elected, I’ve always approached every item with an independent thought and an open mind. I’ve challenged established practices where necessary. And I’ve always worked toward finding compromise.”

But Laura Roussell, Del Toro’s challenger and a member of the city’s zoning commission, argued residents are looking for new leadership.

“The kind that I can bring with an open mind and eye for the future and being active in the community,” said the former senior community affairs manager with Black Hills Energy. “I come prepared and I have an open mind. … It’s easy just to say ‘No’ to make a statement. But I’m ready to work hard, to take the training I need to be an effective leader, to advocate for our community with our legislators, to be active on boards and to keep our community moving forward.”

“It’s important to our entire community that we have walkable neighborhoods that are safe,” she said.

Del Toro said he believes city officials should have a more comprehensive, citywide plan for helping add community walkways, rather than putting the full cost on homeowners.

Ward 3 candidate Danny Sprank said that, if elected, he would be a regular presence in existing community organizations as a way to increase accountability and transparency from the council.

“My ward is lucky,” he said. “We have two neighborhood associations we can take part in.”

Sprank will challenge Phil Atkinson for a two-year term representing Ward 3. They are seeking to serve out the remainder of former Council Member Kate Larson’s term.

Atkinson did not attend the forum. He told the Telegraph Herald via email that he had joined the search for a good friend who has been missing since Monday.

Sprank applauded the promise of the city’s partnership with Dubuque’s True North in his neighborhood. The initiative, among other things, seeks to transform blighted rental properties into vibrant single-family homes.

Sprank said the city could bring some efforts in house as well.

“I would like to expand city housing to get more inspections in these neighborhoods,” he said. “Because I look at some of these houses and I wouldn’t want to live in them.”

Similarly, on the topic of the responsibility of installing sidewalks on residential properties along busy roads — especially a contentious stretch of John F. Kennedy Road — Sprank said he wanted the city to shoulder more of the burden by offering a tax exemption to property owners who install sidewalks themselves.

Those topics are informed by Sprank’s experience in construction, a well from which he likely would draw regularly.

Ward 4 candidates Brad Cavanagh and Jay Schiesl, both newcomers to city elected office, each insisted they are “not status quo” candidates.

“We need the courage to take the lead on important issues,” Cavanagh said. “We need to not follow the whim of other city leaders necessarily.”

Regarding responding to reports of sexual harassment from city staff, Schiesl said he wants to open communications.

“We want to find a way where council is going to be comfortable getting out into city staff and the organization to where (staff) feel comfortable,” he said. “We represent them as council people. There is a reporting structure that needs to be maintained, but our city staff needs to feel comfortable to have conversations with us without repercussions.”

He also said that affordable housing is needed for more than those living in poverty.

“As we do this, we have to remember that affordable housing is not only for low-income (residents), but young professionals coming in as well,” Cavanagh said. “Our issue is not just a low-income issue, it is a housing issue overall.”

Schiesl pointed to proposed plans for the Central Avenue corridor as an opportunity to create affordable housing options.

“The opportunity on the Central Avenue corridor is for mixed use — retail space on the bottom, above that the apartments,” he said. “We talked about affordable housing stock. This could be a very sustainable and walkable community.”

For that to happen, Schiesl — a corridor resident — said the city would have to pull the trigger on making Central a two-way street.

Cavanagh wants to wait until a planned traffic study is completed to make that call.

“We have no idea what the traffic is going to look like once the (Southwest Arterial) is complete,” he said. “There are some compelling reasons to strongly consider the two-way street options.”

Visit TelegraphHerald.com to view an interactive map to determine the ward in which you live.