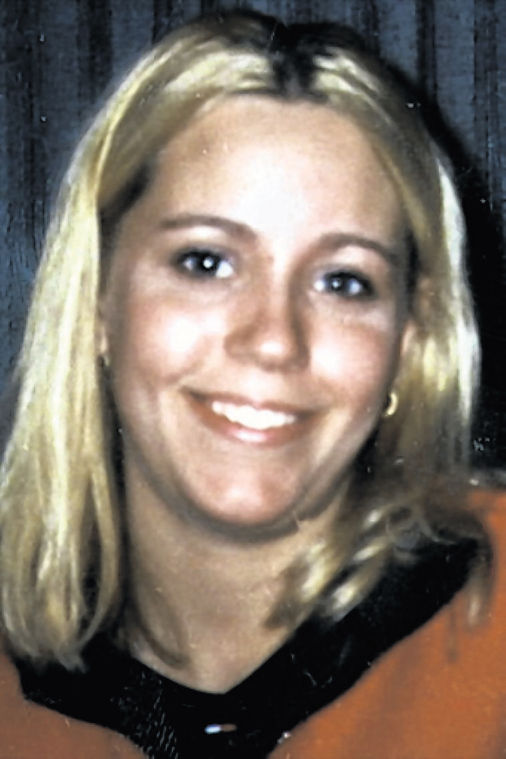 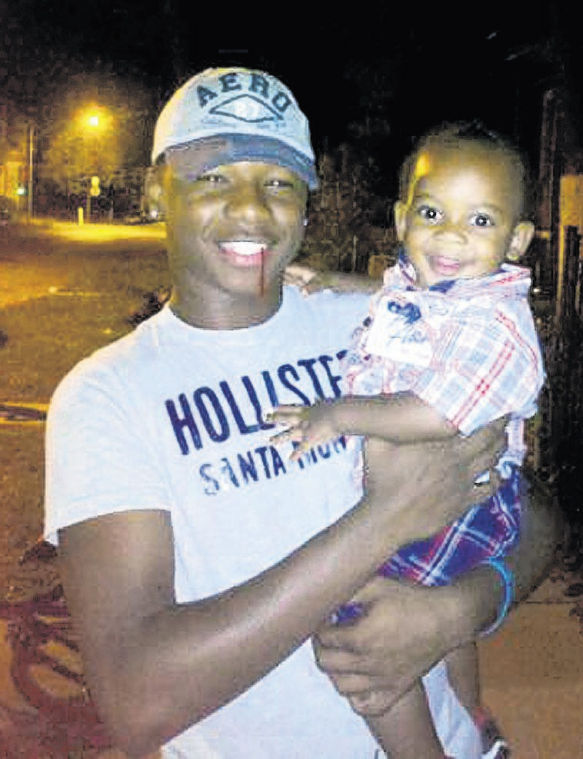 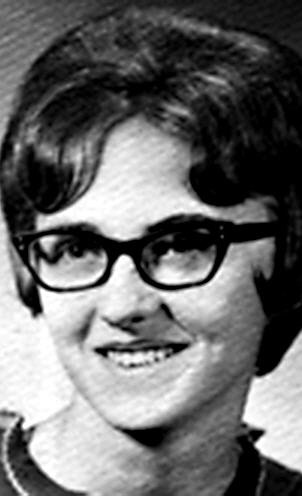 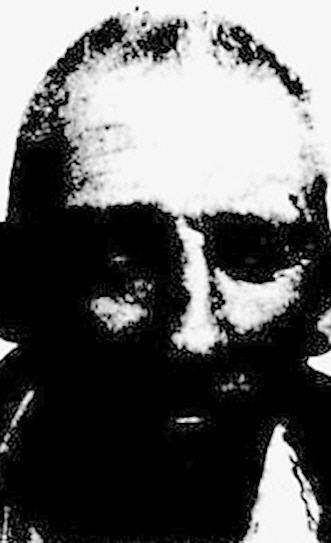 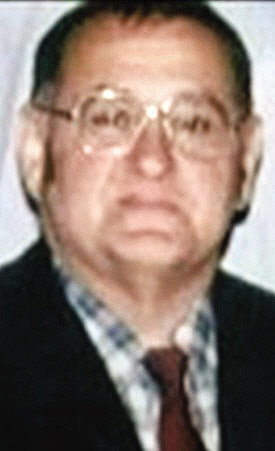 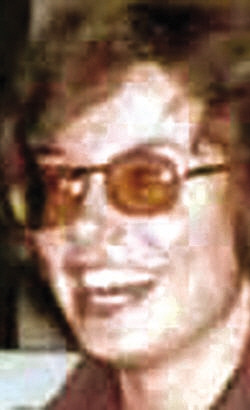 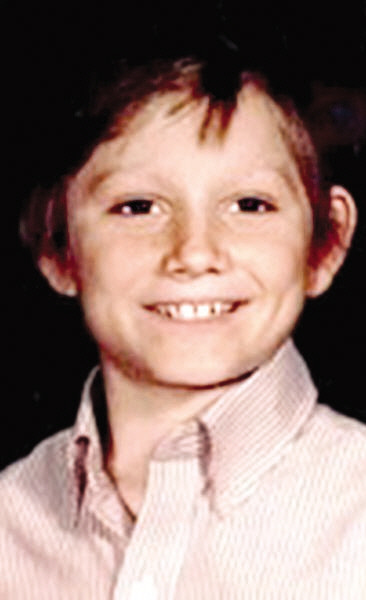 These four are among the unsolved killings and missing-persons cases in the past 50 years in the Dubuque area. The Social Justice Committee of the Cathedral of St. Raphael and St. Patrick Church wants to help the community remember these victims and offer prayers for closure and comfort during a ceremony Saturday.

"It's something we felt strongly about," said committee member James Rafferty.

The Day of Remembrance, which will take place from 11 to 11:45 a.m. Saturday at Jackson Park in Dubuque, will include photos and stories of each victim, singing, prayers and a lamentation. Rafferty said the service will be nondenominational, and all are welcome to attend. These are the victims being remembered at Saturday's vigil:

Francis Rafferty, 58, was found dead by his sister Gretta Rafferty at their home at 179 Locust St. on Feb. 8, 1964. He was face down, with his hands, feet and legs bound, and his mouth and nose covered by electrical tape. The house appeared ransacked, but Gretta reported nothing missing. The cause of death was asphyxiation. Francis Rafferty had been employed at Caradco Inc. in Dubuque since 1925. The house previously had been burglarized, in November 1963, when a large amount of cash was taken, and police suspected a connection. No arrest was ever made.

About 3:30 a.m. March 6, 1965, Dubuque firefighters were called to a burning home at 1150 Southern Ave. Homeowners Janet and Donald Martin escaped, but they were unable to save their two daughters, Sherrie, 8, and Victoria, 4, who were asleep upstairs. Authorities later blamed the fire on arson, but there was no one arrested in connection to the deaths.

Dubuque police found the body of Kenneth Bouzard, a 53-year-old from Ladysmith, Wis., under a boxcar on railroad tracks between Sixth and Seventh streets April 23, 1971. Bouzard, a vagrant who had arrived in Dubuque two days prior to his death, appeared to have been struck by a train, but police weren't convinced. No trains had moved in that area around the time of his death, and the incapacitating head injury would not explain Bouzard's blood found in multiple spots in the railyard. Police concluded he was clubbed to death and dragged under the boxcar, and while an informant gave police three potential suspects, no criminal charges were filed.

The details of Jackie Shireman's death, on Jan. 4, 1975, made her killing one of the most shocking for the community at that time. Shireman, 21, was found dead in the cooler of Marino's Meal on a Bun, 1296 Central Ave. She had been beaten and stabbed as many as 30 times in her head, neck, chest and upper back with a pair of scissors. Police said about $100 was missing from the cash register. The newlywed Shireman had just started working at the restaurant about a month before her death. Following a two-year investigation, police arrested Steven Moore, 21, an inmate at the Iowa State Penitentiary, in March 1977. The trial against Moore was marred by allegations of false witness testimony, and a jury found him not guilty of the murder. Since that trial, no other suspects were arrested or charged.

Patricia "Stacy" Spahn was 23 years old when she was last seen, at 2 a.m. Feb. 11, 1975, walking with two men and believed to be on her way to a party. One of the men gave Spahn's friend an address to pick her up later in Dubuque, but the address apparently did not exist. The two men were identified, but both refused to take a polygraph test. A rumor Dubuque police kept hearing was that she was buried under the Dubuque Inn Hotel swimming pool, built in 1975, but after the hotel was torn down in 2005, police found no body or evidence in that area.

Theodore A. Hoerstman (Missing since 1982)

Theodore "Ted" Hoerstman, 45, was reported missing Dec. 6, 1982, by his wife, Sharon. Reports indicate Hoerstman was despondent and left notes to his family that he was going to jump from the Julien Dubuque Bridge, where authorities found his vehicle. Authorities never located his body, and he was presumed deceased.

A Dubuque fisherman first discovered the body of 14-year-old Kenny Joe Johnson on Oct. 10, 1987, wrapped in a carpet near a floodgate in Maus Park. Johnson appeared to have been sexually assaulted, with the cause of death determined as strangulation. Johnson, whose mother lived in New Liberty, was sent to Hillcrest Family Services in Dubuque for behavioral issues but slipped away from the facility two days before he was found dead. Police conducted hundreds of interviews, sifted through garbage piles and tried to trace the origin of the orange nylon carpet, but so far there has not been a viable lead for police.

By all appearances, 53-year-old Paul Knockel vanished without a trace. His family last reported seeing him Nov. 12, 1990, and police say his car was last seen Nov. 17 driving on U.S. 151/61 in Grant County, Wis. Knockel, who lived at 2105 Washington St., did not show up for work at the Swiss Colony location in Monroe, Wis. Investigators were baffled by the disappearance, as there was nothing missing from Knockel's home, no signs of struggle or confrontation at his home and no trace of his vehicle. His whereabouts are still unknown.

Crystal A. Arensdorf (Missing since 2001)

Crystal Arensdorf was last seen in the early morning hours of July 4, 2001, when the 20-year-old was at Knicker's Saloon in Dubuque with friends. Arensdorf arranged a cab ride to East Dubuque, Ill., but when the cab arrived, Arensdorf was gone. Police started an intensive investigation, questioning hundreds of people and identifying a handful of "persons of interest." Just more than a year later, police conducted a search warrant of a vehicle belonging to one person of interest, but the search did not turn up concrete evidence.

Amy Luce, 41, was last seen by her roommate on July 16, 2012, after Luce was terminated from her job at Diamond Jo Casino. She was reported missing July 30, 2012, and Dubuque police searched Luce's apartment and conducted several interviews. Police said that since some of her personal belongings were missing, it's likely she left the area and did not want to let others know her destination. There are no indications of foul play, and it's believed she might have been headed to Seattle, Wash., police said.

Dubuque's most recent unsolved killing is the shooting death of 15-year-old Marlon Barber Jr. He was shot just before midnight Oct. 20, 2012, apparently as he and friends were leaving a party in downtown Dubuque. Barber later died of his injuries, while another teen who was shot recovered. Before he died, police said, Barber told officers that he was shot by a person called "Mookie." Dubuque police have yet to arrest or charge any suspects, citing a lack of cooperation from witnesses, but say the investigation is ongoing.