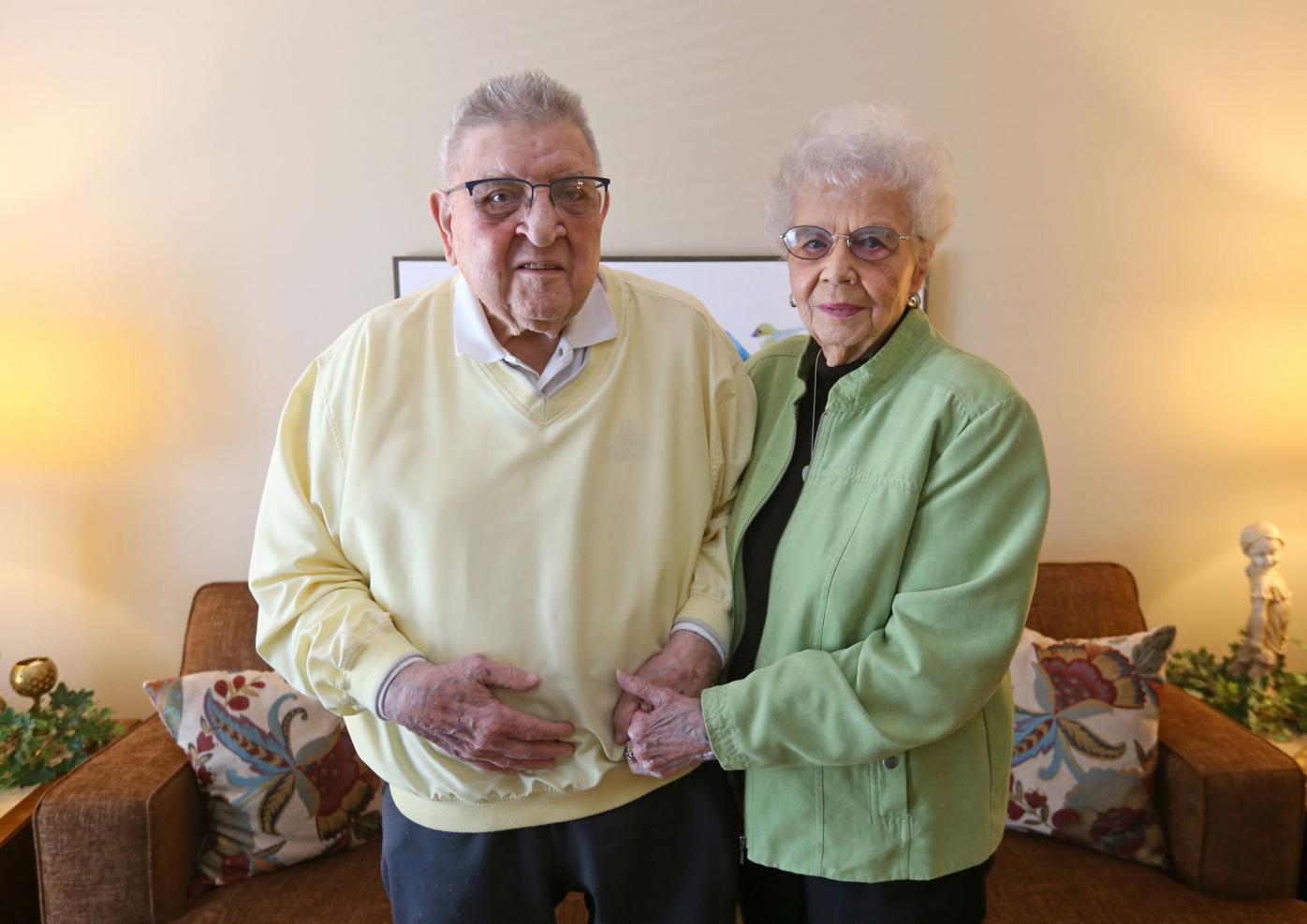 After a bet with friends, Bill Meyer asked his future wife, Shirley, on a date that led to 70 years of marriage. 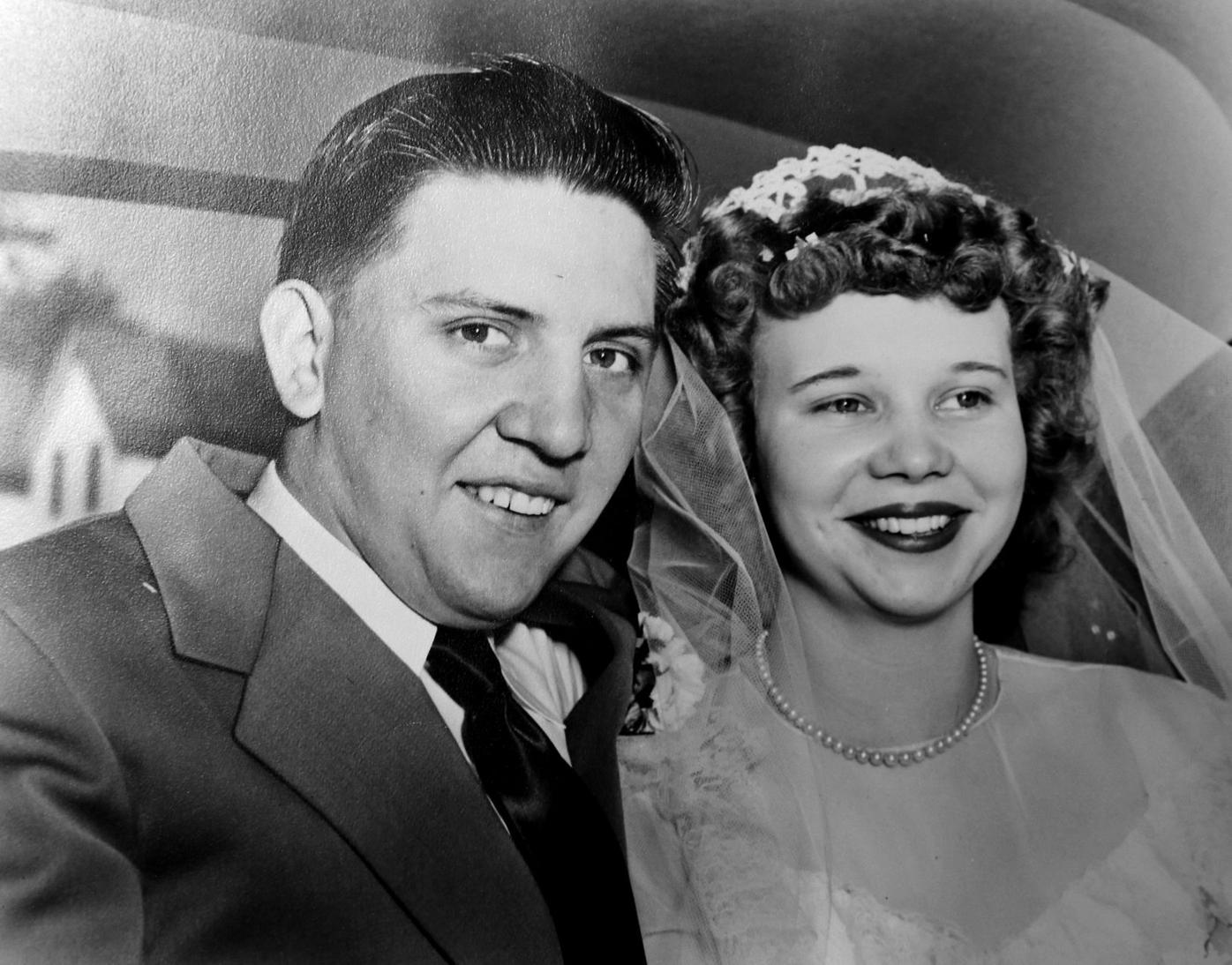 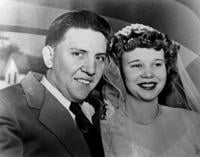 Bill and Shirley Meyer, of Dubuque, have been married for 70 years.

After a bet with friends, Bill Meyer asked his future wife, Shirley, on a date that led to 70 years of marriage.

Bill and Shirley Meyer, of Dubuque, have been married for 70 years.

There, she got to know Bill Meyer, who did billing for the company. As their friendship grew, he eventually asked her on a date.

Little did she know at the time, but his question was sparked by a bet: Bill’s friends had wagered that he couldn’t get a date, and Bill sought to prove them wrong.

“We were just friends, and then two of the fellas that worked with him bet him $1 each that he couldn’t get a date,” Shirley recalled. “He won the bet.”

After dating about a year, Shirley and Bill Meyer married on July 8, 1950. They have now been married 70 years.

Before they married, Bill, now 94, served in the U.S. Navy for four years. He was part of the Dubuque American Legion Post 6 for many years.

Shirley, 91, said she loved to dance her entire life and swore she would only marry someone who loved it just the same.

“Bill didn’t dance, but he learned to dance,” she said.

Shirley said she married an athlete. When Bill wasn’t working at Dubuque Packing Co. or at home with their three kids — Amy Merry, Gary Meyer and Mike Meyer — he was playing fast-pitch softball or basketball.

“Bill was an athlete, and I went to one game after another,” she said. “(The kids) played all kinds of sports. Then, they got to college, and we went to all their games. Gary went to the University of Dubuque, and our son Mike went to Loras College. The two teams played each other in baseball. That was a difficult time because you couldn’t show favoritism.”

Everyone in her family was very competitive, both on and off the field, Merry said.

“We always had the best sports equipment, even though my dad had a very modest income,” she said. “My mother did not work. My father was the sole provider. My mom was a very good financial planner.”

“They always had provided us with unconditional love,” Merry said. “We always went to church on Sunday nights. They’re very transparent in how they feel, but they are tactful ... sometimes.”

Both Amy and her brother Mike Meyer said they never realized money was tight as kids.

“Whatever they had the means to do for their kids, they did,” Mike said. “It always seemed to me we had a brand-new baseball glove under the Christmas tree, and I don’t know if they could afford it. They are just very wonderful, caring people.”

Bill said he and Shirley have had an amazing 70 years together.

“We’ve had a beautiful marriage, I think,” he said. “We’ve had our ups and downs like everyone else. I still love my life.”

There is one rule Bill said he’s learned over the years: “I as a man feel like you should leave the wife as the boss of the house,” he said.

Shirley said her years with Bill have been full of laughter.

Shirley said her piece of advice for younger couples or those recently married is to forgive.

“You have to have a lot of forgiveness,” she said. “You can have a fight, but you can have forgiveness. It’s not all peaches and cream.”

FARLEY, Iowa — Joan and Gerald Gaul’s paths first crossed at a Fourth of July picnic in 1951…

Love that lasts: Through hardships, Dubuque couple credits 'perseverance' for 60 years of marriage

Barney Morgan was sitting silently inside his seventh-grade classroom in Shullsburg, Wis., w…

Love that lasts: Holy Cross couple walks through 60 years of marriage together