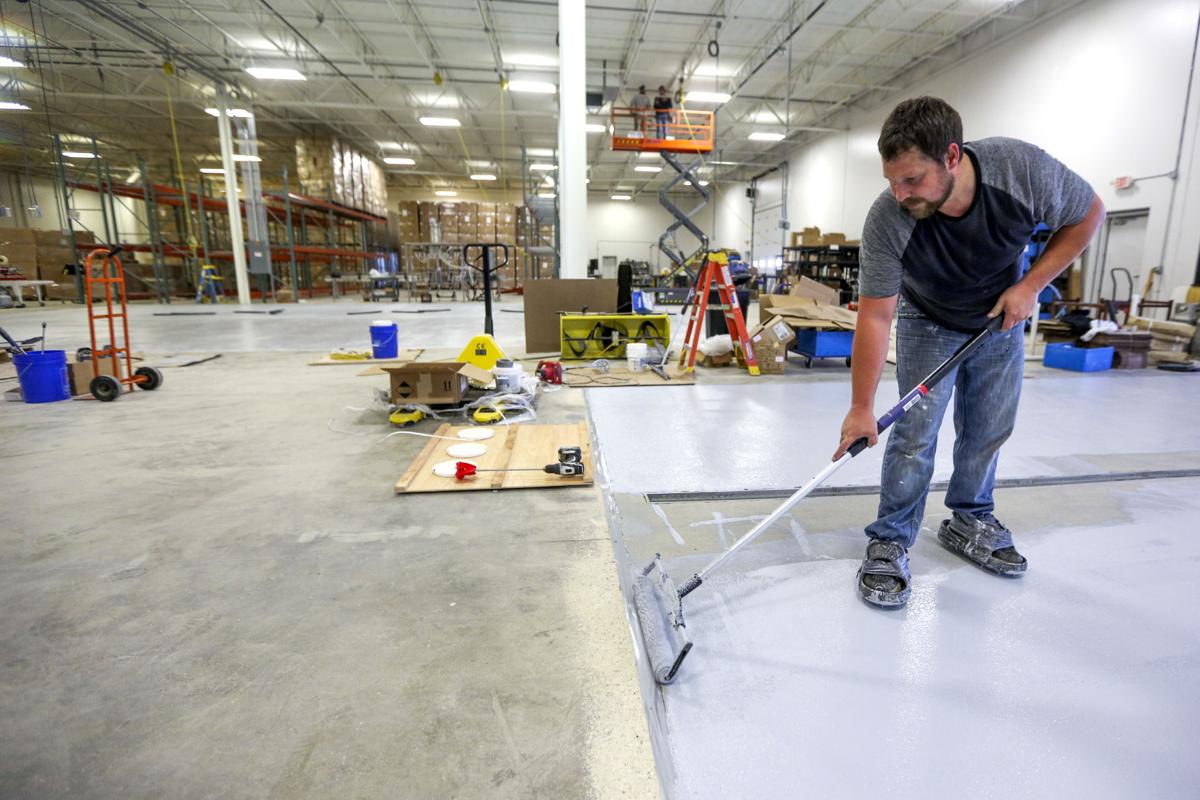 Lance Hummel, owner of Higley Industries Inc., seals the floor of his new building on Industrial Parkway Southwest in Dyersville, Iowa, on Thursday. The company has seen business booming during the pandemic. 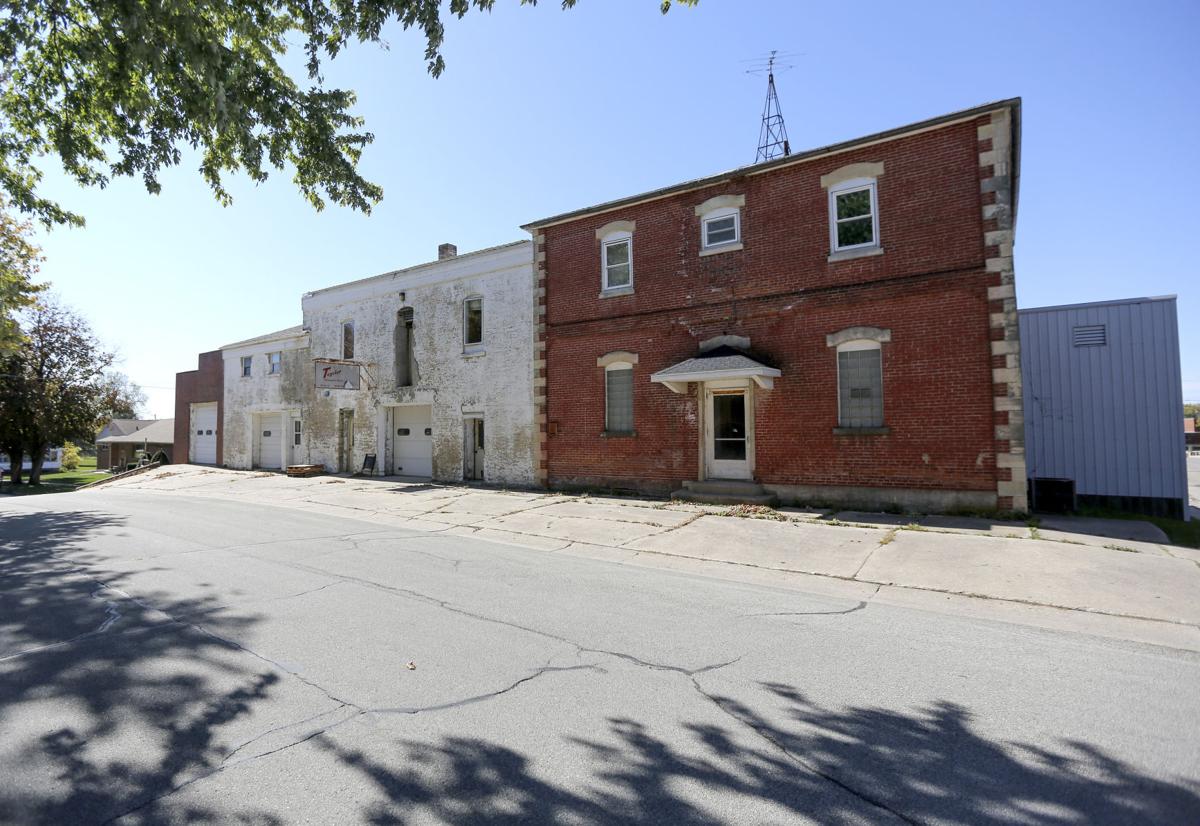 Lance Hummel, owner of Higley Industries Inc., seals the floor of his new building on Industrial Parkway Southwest in Dyersville, Iowa, on Thursday. The company has seen business booming during the pandemic.

DYERSVILLE, Iowa — Big changes are happening in Dyersville as major companies move in and a “Field of Dreams” actor gears up to overhaul a historic building downtown.

“We are just thrilled that people continue to see the positive aspects of doing business in our community,” said Jacque Rahe, executive director of Dyersville Economic Development Corp.

FROM DUBUQUE TO DYERSVILLE

Owner Lance Hummel on Thursday announced Higley Industries’ decision to relocate its operation to Dyersville’s 20 West Industrial Center and is in the process of setting up shop at the new facility located at 2330 Industrial Park Way. The company known for cleaning products has seen booming business during the COVID-19 pandemic.

“Ever since I have been driving out this way, I have always been fond of this building,” said Hummel, whose wife is from Dyersville. “I called Greg Dardis, and we created a friendship, and as time continued, we started looking at a better facility to attract nationwide customers. This is a very good setup. We are able to expand with the plot of land.”

Dardis Communications has moved its inventory out of what will soon be Higley’s new headquarters but will continue to use a portion of the space for offices. Hummel said the building spans about 30,000 square feet, but what’s exciting is the contract gives him time to buy the facility later and eventually expand to 200,000 square feet.

“That is one of the big moves is being able to own the building later on and making it our long-term building,” he said.

Higley Industries has operated in Dubuque for 97 years. Hummel said he plans to have the new facility up and running by Nov. 14.

Within the next year, he hopes to hire an additional 30 to 45 employees.

MOVIE LEADS TO ANOTHER LASTING CONNECTION

Dwier Brown already has a lasting bond with Dyersville, having played John Kinsella, the father of Kevin Costner’s character Ray in “Field of Dreams.”

The actor is establishing another connection with the city.

Growing up in Ohio, Brown said, he helped his dad renovate a 150-year-old farmhouse. So when he laid eyes on the historic Tegeler Dairy building during a trip to Dyersville, it sparked a bit of nostalgia in him.

“I happened to be in town last summer for the Team of Dreams event, and I just saw the building, and it stuck out to me,” he said. “I really like old buildings, and it just happened to be calling my name.”

Brown said he hopes to start renovations immediately and that the project will create four new apartments and about 9,000 square feet of commercial space, as well as an area for outdoor seating.

“I am always going to be spending time in Dyersville for different events, so I thought, why not have a little place there and do my part in adding to the burgeoning growth of the town?” he said.

Local officials have said the structure was built in the late 1800s and has sat empty since the 1990s. In June, the Iowa Economic Development Authority awarded a $100,000 grant toward the building’s restoration.

More notable business announcements were made Thursday as well.

President Patrick Hemminger said production at the new Ancient Brands location in Dyersville already started. He looks forward to relocating to Dyersville early next year but said the business will keep its satellite branch in Colorado.

“We produce pantry staple ingredients: cereals, energy bars, popcorn,” he said. “As consumers rushed to the grocery stores, the demand for the production picked up rather aggressively. We have seen significant increases in business so far this year.”

Hemminger said the company will look to hire about six new workers in the next six months.

And the stage is being set for more growth in 20 West Industrial Center.

Construction is expected to begin this fall to add a 52,000-square-foot, concrete-panel facility that can be used as a warehouse or manufacturing plant, said Rahe, of Dyersville Economic Development Corp.

“The building will be expandable,” she said. “They have purchased over 13 acres in the industrial park.”