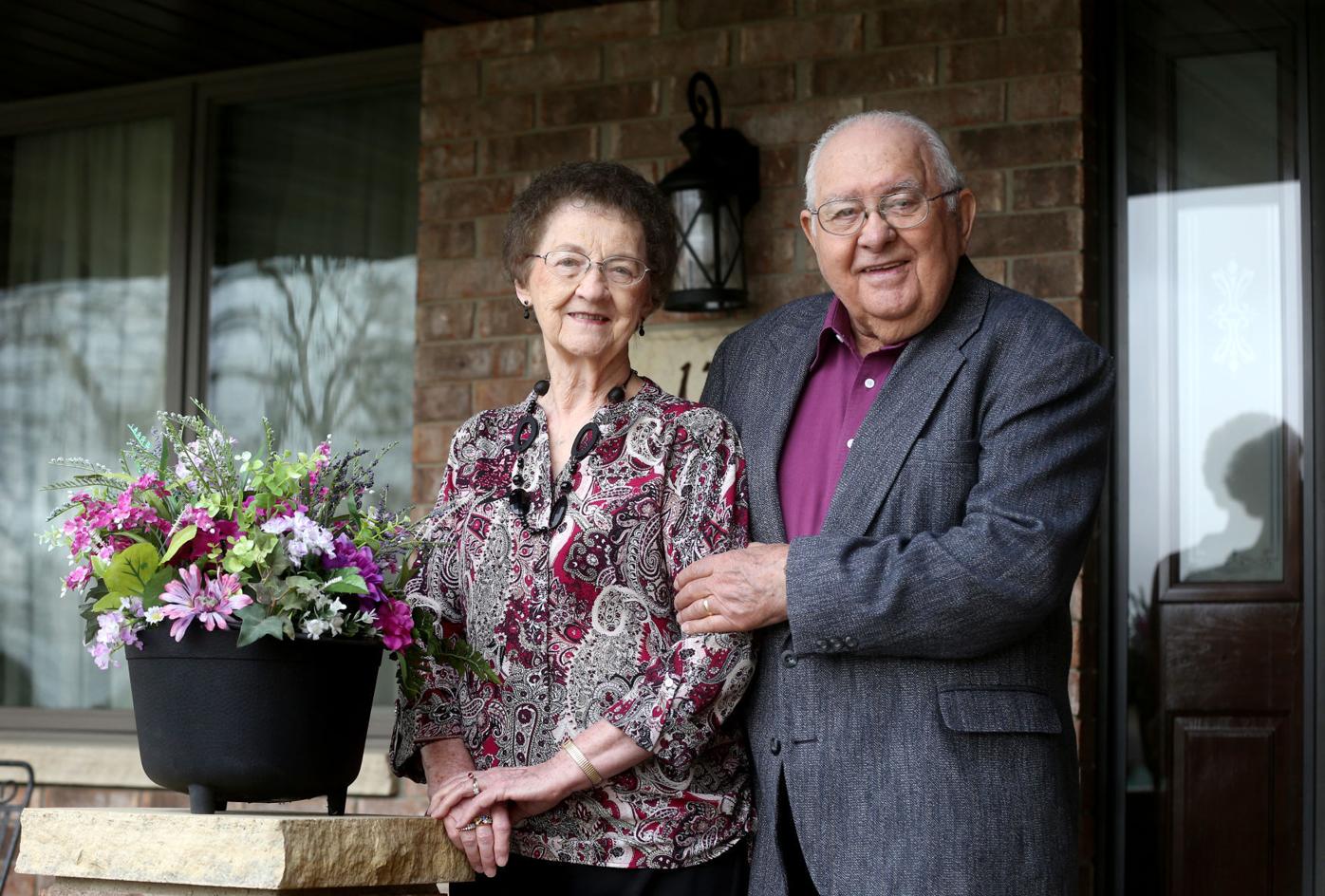 Doris and Alvin Hermsen, of Dyersville, Iowa, first met when their older siblings began to date. 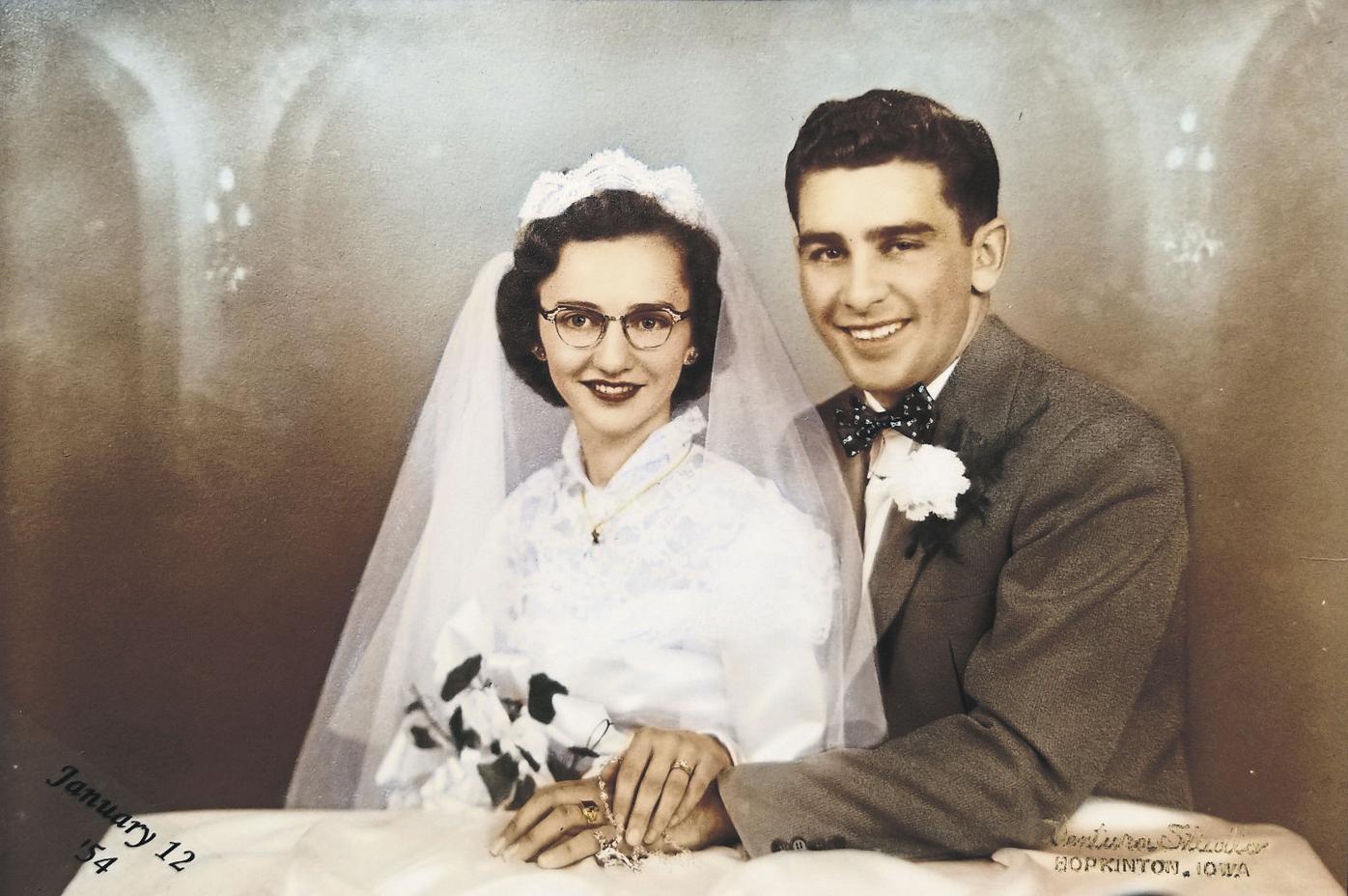 Doris and Alvin Hermsen, of Dyersville, Iowa, have been married for 67 years.

Doris and Alvin Hermsen, of Dyersville, Iowa, first met when their older siblings began to date.

Doris and Alvin Hermsen, of Dyersville, Iowa, have been married for 67 years.

After Doris’s sister started going out with Alvin’s brother, they found themselves at a Fourth of July picnic together.

They continued to see each other at family picnics, and they both served as attendants at their siblings’ wedding, Doris said.

“Not too long after that, we kind of started dating,” she said. “I always did think he was pretty cool and a nice guy. That’s the reason I stuck with him.”

The feeling is mutual, as the couple now has been married for 67 years.

In 1951, Alvin was drafted into the U.S. Army and was gone until June 1953. During that time, the two maintained their relationship by writing letters, Doris said.

When he returned, they dated for another year before marrying in January 1954. Doris was 18 years old and Alvin was 25.

“We had a strange wedding day,” Doris said. “At 5 a.m. that morning, my dad got a phone call that his mother passed away. Then, we had an 8 a.m. Mass and his folks went to pick up his grandmother, and she had a stroke. She died 12 days later. Neither one of our grandmas made it to our wedding.”

Although the start of their marriage had a few unexpected hurdles, their road together since then has been filled with far more smooth spots than bumps.

In 1955, they moved to a farm northeast of Dyersville. They raised cattle and lots of hogs, and with the help of their relatives, they renovated the barn and other buildings on the property.

Tom Hermsen said he remembers hearing stories of all of the work his parents and relatives did to fix up the farm.

“I remember them talking about when they moved onto the farm and saying Grandpa built all the cabinets in the farmhouse, and Grandpa and our uncles built many of the farm buildings,” he said.

Alvin said they lived on the farm for 39 years and managed to stay busy raising their children, tending to the farm and enjoying time with friends after the chores were finished.

Doris said in the evenings, their children would play with the neighbors’ kids while she and Alvin would sit with friends and play bid euchre.

“We had three neighbors that always played cards with us,” she said. “They would come over after chores in the summers. We would go to dances and go out for supper. We had lots of good times.”

Koelker said for a short while, she was the only girl in the family. She was thrilled the day her dad pulled her out of class to tell her she had a new baby sister.

She noted that the spark between her parents still remains.

“They always kiss when one is leaving to go somewhere,” she said. “The love is still there. Maybe that’s why they say they have never been in a fight or argument after all these years.”

“They both love to dance, and it is such a pleasure watching both of them out on the dance floor dancing to one of their favorite polkas or waltzes,” he said.

Koopmann said celebrating birthdays was important to her dad growing up and still is today.

“Dad always loves to sing ‘Happy birthday’ to us, and I still look forward to every year him singing that to me over the phone,” she said.

John Hermsen said gratitude is a trait his parents never fail to express.

”Whenever Dad wanted to show his appreciation for something, it was ‘Thank ya. Thank ya. Thank ya,’ and Mom always has a dessert on hand for anyone that stopped by to visit, a trait she learned from her mom,” he said.

Doris said she is thankful for their many memories on the farm with their kids, the annual Christmas gatherings they host and their 67 years of marriage.

“It just doesn’t pay off to raise your voice,” she said. “You might as well talk it out and play it cool. You always end up happier and have a happier life together.

“Raising your voice is something so many of these young kids do and walk away, and you can’t do that. You’ve got to talk it out.”

FARLEY, Iowa — Joan and Gerald Gaul’s paths first crossed at a Fourth of July picnic in 1951…

Love that lasts: Through hardships, Dubuque couple credits 'perseverance' for 60 years of marriage

Barney Morgan was sitting silently inside his seventh-grade classroom in Shullsburg, Wis., w…

Love that lasts: Holy Cross couple walks through 60 years of marriage together

After hearing about a dance being held in Dubuque, Chuck Higgins and his friend decided to c…

HAZEL GREEN, Wis. — When Rodger Jacobson’s older sister learned about an upcoming prom at a …

BELLEVUE, Iowa — Maryetta Lampe’s first year of marriage did not turn out the way she expected.

The latest installments in three popular series made up three of the six most-read articles on TelegraphHerald.com this past week.