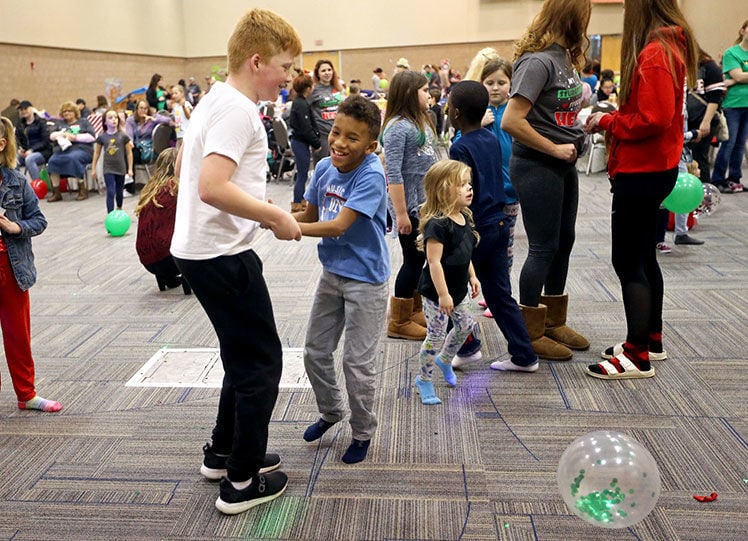 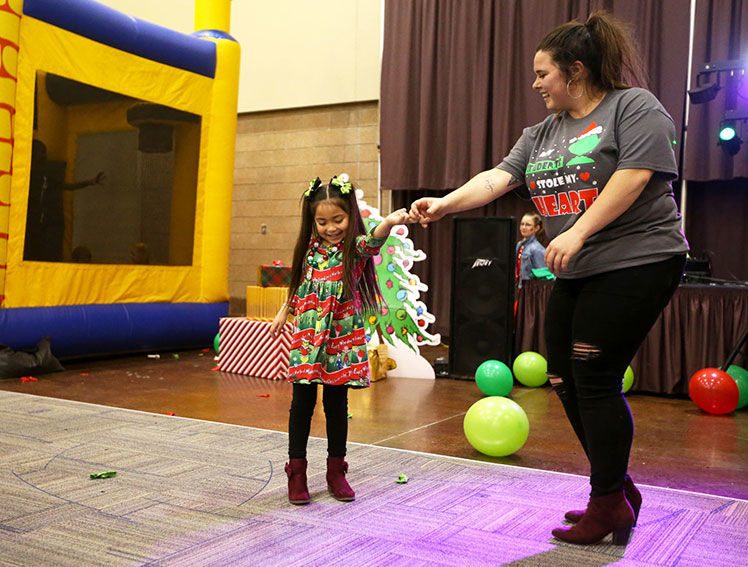 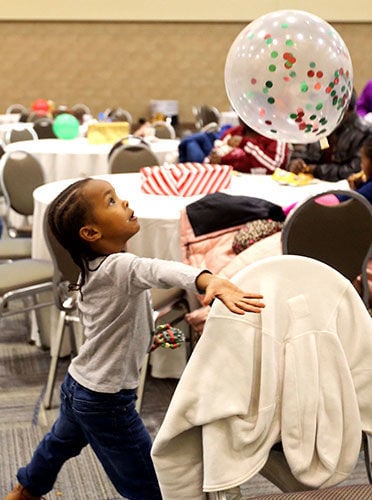 Jaxzary Houselog, 5, of Dubuque, plays with a balloon during the Romper Stompers Childcare Center 10th anniversary celebration at the Grand River Center in Dubuque on Sunday, Dec. 1, 2019.

Jaxzary Houselog, 5, of Dubuque, plays with a balloon during the Romper Stompers Childcare Center 10th anniversary celebration at the Grand River Center in Dubuque on Sunday, Dec. 1, 2019.

Renee Krier remembers when a friend first showed her an available building on Central Avenue. Krier wasn’t convinced it was for her.

“No way we can go into a bread store,” she said at the time.

Now, Krier admits the former Sunbeam Bakery Outlet on Central Avenue was the perfect home of her Romper Stompers Childcare Center, which celebrated 10 years in operation with a public celebration Sunday at Grand River Center.

Kids swarmed around two inflatable bounce houses, ate cookies and sandwiches, visited Santa and the Grinch and flocked to other activities during the afternoon event.

“Having this event is amazing,” said Gretchen Tucker, of Sherrill, Iowa. “The kids can run off some energy.”

“We came down (to the event) because Renee is a great person and we appreciate everything she has done for our family,” Tucker said. “When I started, it was the only child care on the way to my work. We’ve stuck with them through job changes and everything. They’re always willing to work with you.”

Krier expected as many as 300 people to attend. The center’s Halloween party routinely draws 250 people.

“This is open to everybody who has been with us in the past, present or future,” Krier said.

“It’s been a blessing helping the families on first and second shifts,” Krier said of her center’s 10 years in operation.

Krier said the center’s location at 2307 Central Ave., turned out to be perfect.

“People can walk to it, and the bus line is right there,” she said.

Jessica Sutton, of Dubuque, has had children at Romper Stompers for the past eight years.

“It’s right between my house and my work,” she said.

Sutton brought her family to the event “just to support Renee.”

“She has pretty much become family over the years and her staff is amazing,” she said.