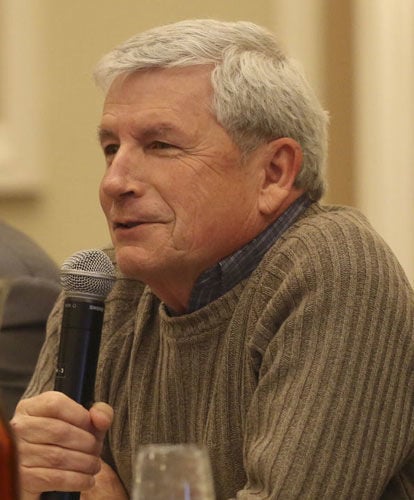 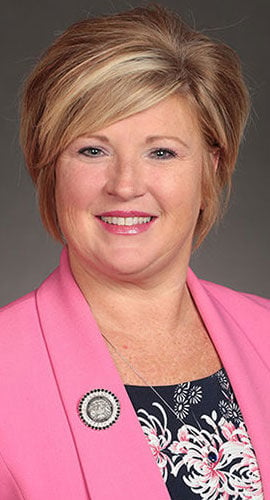 DES MOINES — The start of a new legislative session Monday means new responsibilities for a pair of eastern Iowa legislators, one of whom is getting up to speed with a whole new political party.

Iowa Rep. Andy McKean, D-Anamosa, said his decision to leave the Republican Party — with which he was affiliated for more than 30 years — late in the 2019 session is old news. But reverberations continue, this year shaking up the longtime lawmaker’s committee assignments.

In 2019, McKean chaired the House Ethics Committee and was a member of the House Environmental Protection, Judiciary, Local Government and State Government committees. When he changed parties, he lost those Republican appointments.

So this year, he had to be given new ones. Some are new, but a few are familiar to McKean.

“Local Government and Natural Resources, as well as the Economic Development appropriations subcommittee are all committees I requested because they have a very significant impact on the district I represent,” he said.

One big appointment he didn’t keep in the move was a place on the State Government Committee. That committee handled the major sports betting legislation that passed last year.

It is also where any decisions about campaign reform — a passion of McKean’s and the subject of several bills he plans to introduce this year — will begin.

“That is one reason why I appreciated being on that committee,” he said. “But I find very little interest in the majority party on that issue.”

“We’re really over-regulated when it comes to licenses in this state,” Lundgren said. “We’re going to take a look at lessening people’s burden, to get people back to work.”

Iowa also will redistrict in 2021, so any rule change to the process would have to be adopted this year. McKean said that process also would begin with the State Government Committee.

He said he hasn’t heard any whispers indicating that the majority wants to change the state’s rules regarding redistricting, but said lawmakers need to “stay vigilant.”

“I was here in the Legislature in 1979 when they passed the current reapportionment legislation, which is considered to be a model in the nation for fair, impartial redistricting,” McKean said. “I am very hopeful that we won’t see any efforts to weaken that bill.”

Lundgren said this would be the first redistricting since she has been in office, so she is not an expert in the process. However, she has not heard of any proposed changes to the process.

“I haven’t had any complaints from either side of the aisle in our district about any problem with how our state redistricts,” she said. “It doesn’t mean we shouldn’t look at it, but I don’t know that we would look to change it if we don’t have people saying they don’t think the system is working.”

Lundgren had two committee appointments drop off this year — Economic Growth and Veterans Affairs, the latter of which first was assembled in 2019.

“I really fought to be on that committee because there are some constituents for whom veterans’ issues were important,” she said. “But in my time with our Dubuque Veterans Affairs office and working on the committee last year, I learned that a lot of things are federal and they leave Iowa out of the play. So I didn’t feel as effective there.”

She said she did not mourn the loss of the Economic Growth assignment either.

“(That) was a challenge because we don’t have a counterpart committee in the Senate,” Lundgren said. “So a lot of things ran through our Commerce Committee because there wasn’t anything to send it to on that side. And I’m still in Commerce, so I’m still going to work to advance regulations and deregulations for businesses.”

McKean also lost his seat on the Judiciary Committee, where he brought a great deal of experience as a retired attorney. But he said he would continue to play an active role in any bills that would impact courts.

He also did not return to the House Ethics Committee, which he chaired in 2019.

But he gained a spot on the House Appropriations Committee, which will shape the body’s spending decisions.

Other area lawmakers all kept the same committees to which they were assigned last year.