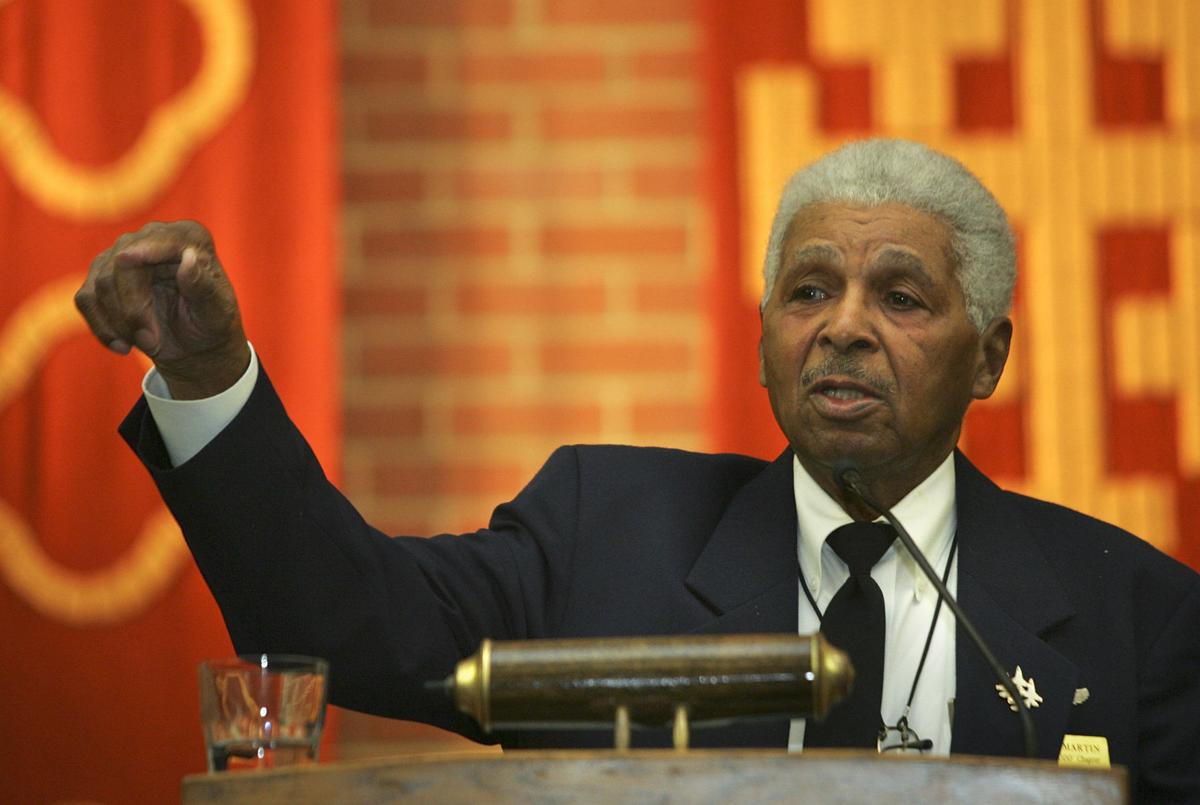 Tuskegee Airman Robert L. Martin, a native of Dubuque, speaks during a program at the University of Dubuque on Jan. 30, 2006. The Dubuque Regional Airport terminal will be named for the late Martin. 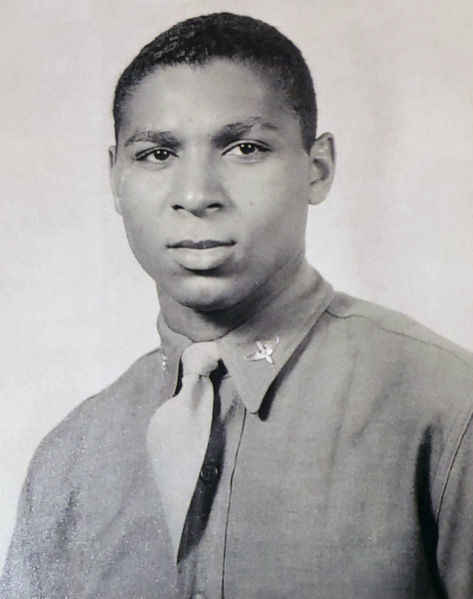 Tuskegee Airman Robert L. Martin, a native of Dubuque, speaks during a program at the University of Dubuque on Jan. 30, 2006. The Dubuque Regional Airport terminal will be named for the late Martin.

The City of Dubuque will name its airport terminal in honor of a pioneering Black World War II combat pilot amid a national reckoning over race relations in America.

There was no discussion by commission members.

However, the effort will require an estimated $100,000 be raised by supporters for the design, construction and installation of a monument sign commemorating Martin.

An online fundraising page has been created to solicit donations to pay for Martin’s name to be added to the terminal and build a memorial in his honor. Airport Director Todd Dalsing said federal regulations prevent airport funds from being used to pay for the terminal naming.

More than 4,300 people have signed an online petition supporting a proposal to rename the airport for Martin.

“It helps my heart to understand there’s 4,300 people who believe the same thing and feel the same way I do,” said Anthony Allen, president of the Dubuque branch of the NAACP, to airport officials Tuesday. “Capt. Martin, what he did ... he did it for everyone and my right to be speaking to you today. He protected us.”

Martin, who died in 2018 at the age of 99, graduated from Dubuque Senior High School and earned his bachelor’s degree in electrical engineering from Iowa State University.

After college, he joined the U.S. Army Air Corps during World War II and became part of the all-Black unit and first African Americans to fly for the U.S. military, serving as a forerunner in the desegregation of the U.S. military and the country, according to the online fundraising page.

Martin earned numerous service medals, including the Distinguished Flying Cross and the Purple Heart. In 2007, he received the Congressional Gold Medal at a ceremony commemorating the Tuskegee Airmen, according to family, supporters and news reports.

“The purpose of this project is to solidify Captain Martin’s place in Dubuque history,” according to the online fundraising page.

The Tuskegee Airmen have been the topic of many books, news segments, documentaries and Hollywood films.

“Despite all of this, many in Dubuque ... today do not know one of the best and brightest of this unprecedented group is a son of Dubuque,” according to the online fundraising page. “To change this narrative, we are asking for your support to name the terminal at Dubuque Regional Airport ... after Captain Robert L. Martin.”

Organizations such as Dubuque Black Men Coalition, the Dubuque branch of the NAACP and Switching Places Foundation have voiced support for the effort amid local and nationwide protests over police brutality and racial inequality.

Allen said he could think of only two buildings in Dubuque named after Black Americans — Carver Elementary School after George Washington Carver and the Ruby Sutton building that houses Multicultural Family Center.

“I just think it’s about time for us to recognize all our heroes,” said Allen.

Martin’s daughter, Gabrielle Martin, of Denver, told the Telegraph Herald the vote to rename the terminal in honor of her father is “a step in the right direction to recognize an American hero.”

But she said she intends to push to have the airport itself renamed for her father.

“I think they’re missing a great opportunity to honor one of their native sons who’s done a lot, not only for the country but Dubuque,” Martin said. “I just think, given Dubuque’s history (of racial strife) … they’d just be missing a really great opportunity to change that around and bring community spirit to the whole process.”

Dalsing said when people think of the airport, they typically think of the terminal. Renaming the airport would likely cost $500,000 to $1 million to change legal and FAA documents, airport signs and promotional materials, as well as launch a new marketing campaign and hire a consultant to address “that magnitude of a project,” he said.

He added that the airport likely will add an educational video to play on terminal monitors providing information about Robert Martin, the Tuskegee Airmen and their contributions to aviation.

Gabrielle Martin, though, called the costs and paperwork “shallow reasons not to go forward” to rename the airport.

“Because of his humility and humbleness, he would say, ‘Thank you.’ But privately, I think he’d be disappointed,” Martin said of how her father would react to the terminal renaming. “ … And (he) would say that, ‘We’re still not where I thought we would be as a country and why I gave my service to my country. I still see we have miles to go.’”

She added: “Change takes going beyond. And I really hope the commission says, ‘Hey, we have the opportunity to go beyond on this … to rename the airport.’”

The Dubuque Regional Airport Commission took a huge step forward in deciding to name its airport terminal in honor of Robert L. Martin, a Dubu…