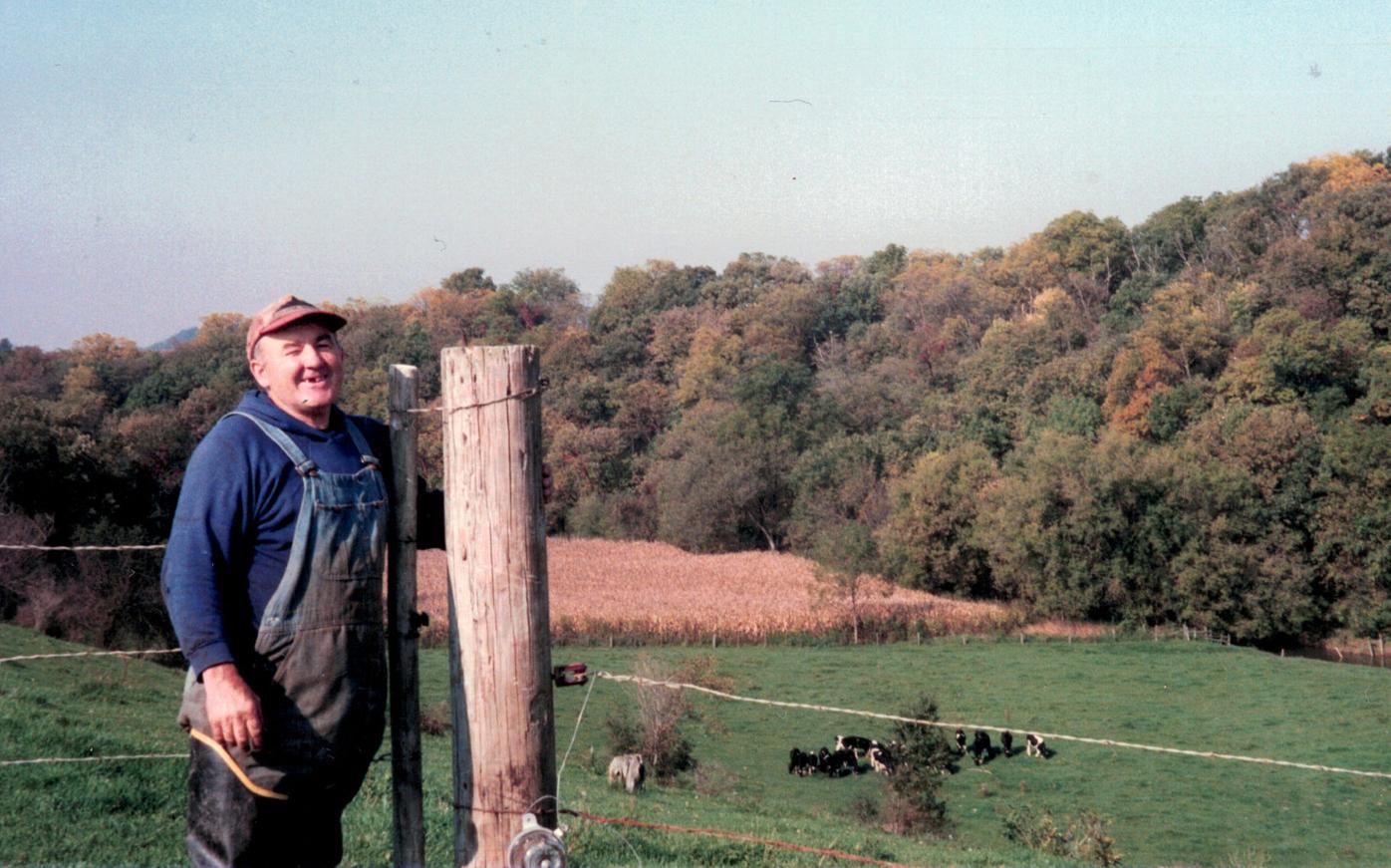 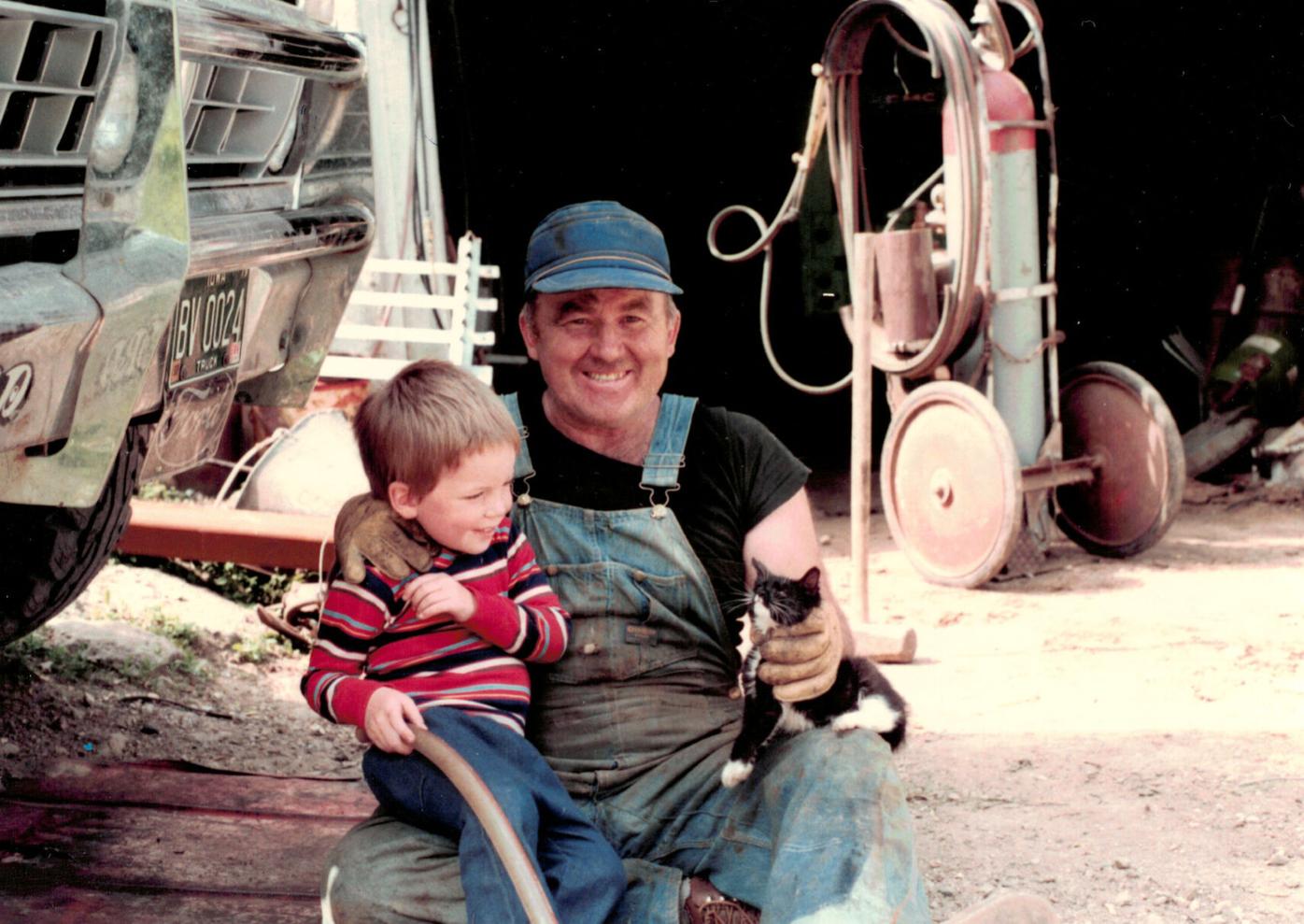 KEY WEST, Iowa — Those who knew Raymond Waller called him by his childhood nickname, “Blackie.”

The dark coiffure it referenced eventually faded with his receding hairline, but the place he holds in people’s memories has not.

He possessed a boundless wonder for people and farmer’s hands that, perhaps, were divinely designed to create things. Blackie’s presence lingers in those objects he crafted and the ones he collected. They fill his home.

Blackie mounted crosscut saws on the walls of one room. Wooden oxen yokes, a hand-fashioned blade and a taxidermy mount of a Scottish Highland bull.

“We’re not going to have our house so fancy that when people come, we’re afraid … that their kids are going to ruin something,” he told his wife, Joan Waller, 80. “These people will be a little bit fearful — they’ll have to watch their kids so their kids don’t get hurt.”

Blackie and Joan raised four children on the family farmstead in Key West. Blackie’s great-great-grandfather, the Rev. Richard Waller, settled on the land in 1834.

Theirs is the oldest single-family farm in the state — a designation made official by the Iowa Department of Agriculture in 2009.

The property originally encompassed 1,085 acres. Although it eventually contracted to 180, the streams, timbered valleys and rolling farmland — all not much more than a stone’s throw from downtown Dubuque — is unparalleled.

Few gadgets were store-bought. Blackie simply made them himself, scavenging, refashioning and welding pieces from the troves of metal parts he collected.

“It didn’t always look like it came out of a factory, but he could build it,” said his daughter Sarah Jecklin, 51.

Blackie always kept pliers and screwdrivers on his person, even in the pockets of his church suit. He never knew when he might need them.

“I felt very safe and secure,” Joan said. “I didn’t have to worry about anything. … He’d take care of it.”

A 17-year-old Joan met Blackie at the roller-skating rink owned by his brother.

Five years her senior, he asked her to skate — then, if he could drive her home to her parents’ Sherrill farm. She demurred and traveled with her brothers.

Two weeks later, they ran into each other at the rink again. Blackie asked Joan to skate, then if he could take her home. This time, she said yes.

Blackie’s sweet personality might have arisen from the endless scoops of vanilla ice cream he consumed. For breakfast, he spooned a large helping atop a steaming bowl of oatmeal.

Blackie was funny too. Joan laughed when she recalled the 20-foot extension ladder he bought her for Mother’s Day — a pragmatic token that she could use to pluck fruit from the farm’s pear trees.

Blackie once mixed asparagus juice in his son George’s milk, while Joan — her back to the kitchen table — tended to the stove. The boy, who did not witness his father’s trickery, later protested after he took a sip.

She forced George to drain his glass.

George’s death in a 2002 farming accident and that of his older brother, Dale, in 2011 to brain cancer, devastated the Wallers.

Faith pulled Blackie through his grief.

“He believes he is going to see his sons again,” said his daughter, Wanda Ross, 57. “That makes a big difference because you can mourn with hope.”

Joan holds fast to it as well.

Gilligan: During pandemic, remember to take care of one another

Senior reporter Erik Hogstrom looked back on Dubuque’s crime statistics in 2020, and what it revealed was maybe not altogether surprising, but…