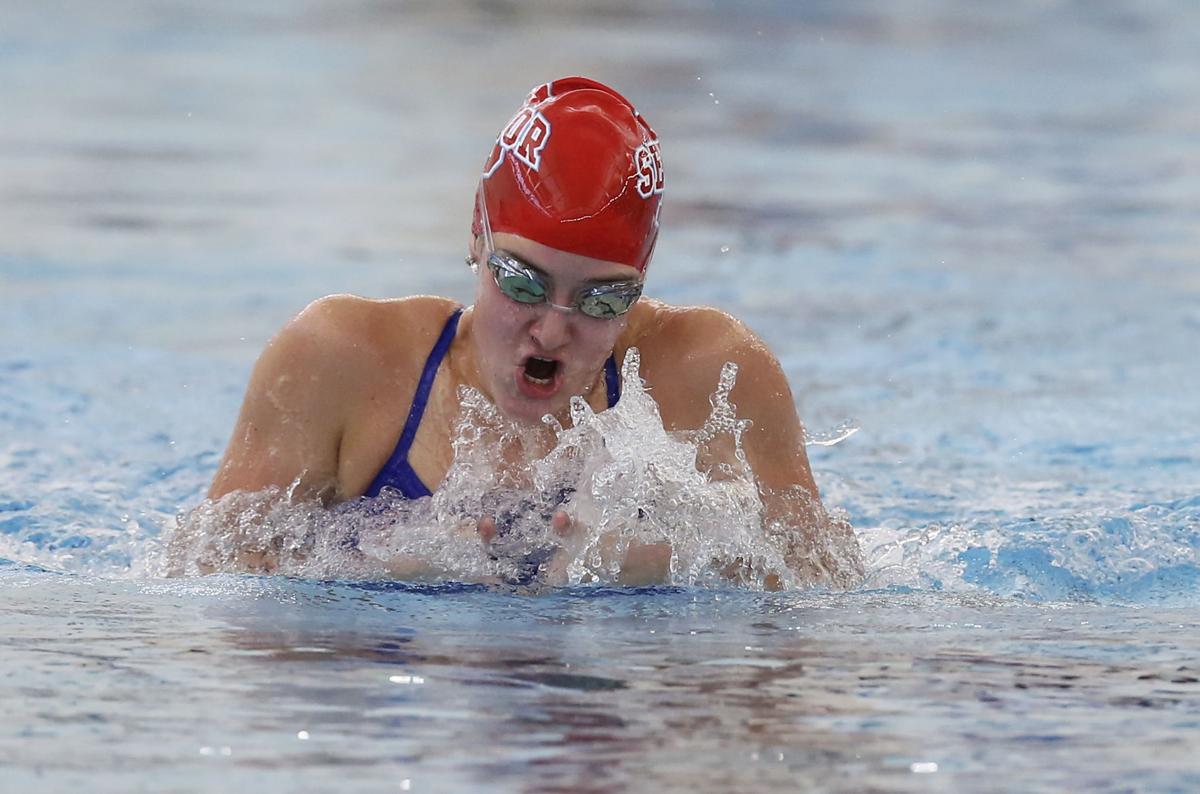 Dubuque Senior’s Maci Boffeli competes in the 200-yard medley relay during the Mississippi Valley Conference swim meet Saturday at the Dubuque Community School District Aquatic Center. She was the lone swimmer to win all four of her events. 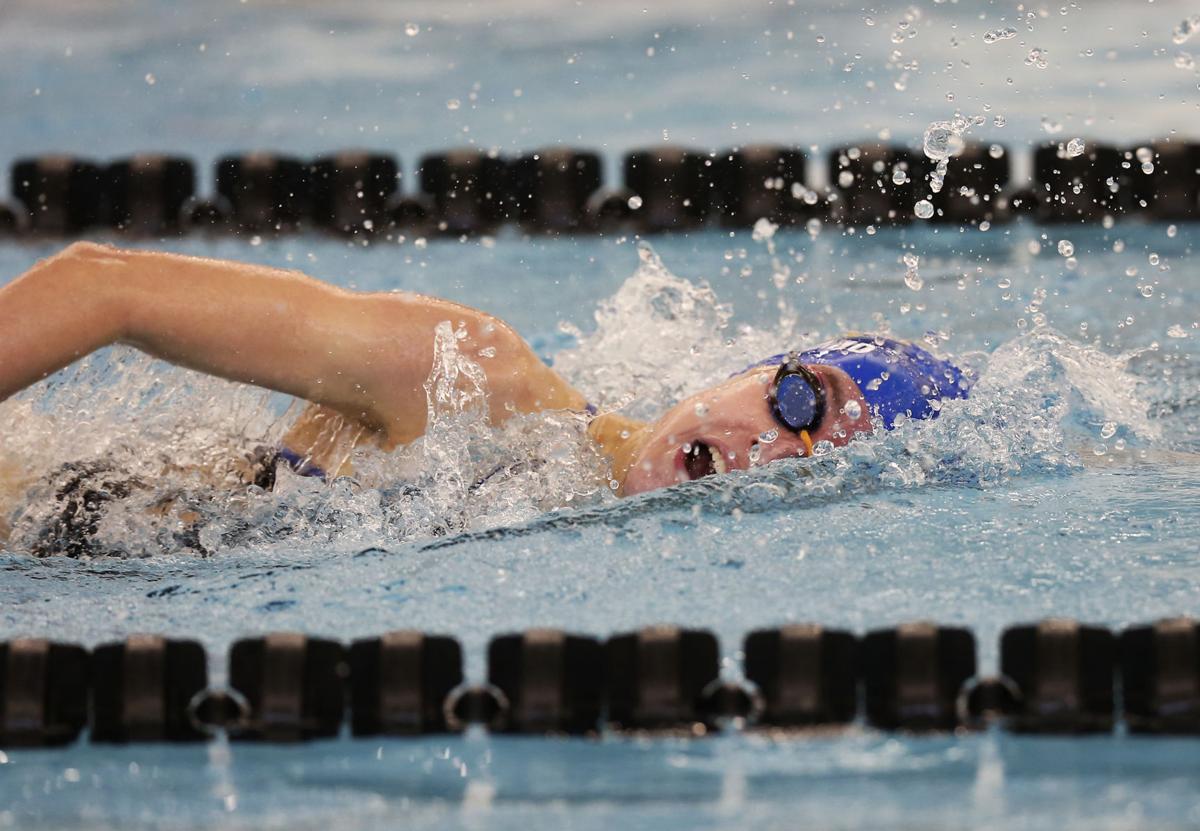 Dubuque Wahlert’s Jamie Schmid swept the 200 and 500 titles in addition to swimming on the winning 400 freestyle relay to help the Golden Eagles take the team title.

Dubuque Senior’s Maci Boffeli competes in the 200-yard medley relay during the Mississippi Valley Conference swim meet Saturday at the Dubuque Community School District Aquatic Center. She was the lone swimmer to win all four of her events.

Dubuque Wahlert’s Jamie Schmid swept the 200 and 500 titles in addition to swimming on the winning 400 freestyle relay to help the Golden Eagles take the team title.

The thought of an unprecedented piece of school history has been floating in the back of Jamie Schmid’s mind all season.

And she hopes Saturday morning might provide a precursor to accomplishing it.

Linn-Mar, Iowa City and Waterloo/Cedar Falls held their own pods because of coronavirus concerns. All-conference recognition will be determined by combined results from the four sites.

“This means a lot, especially going into the city meet on Tuesday and having a chance to win city for the fifth time in a row,” said Schmid, a junior who won the 200- and 500-yard freestyles and swam a leg on the winning 400 freestyle relay. “Wahlert’s never won it five times in a row, so winning this today is going to get us psyched up to swim our butts off.

“During the season, you think, ‘If we can beat Hempstead in the dual and if we can beat Senior in the dual, we should have a good chance to win city,’ and we beat both of them. This doesn’t guarantee anything on Tuesday, though. We know we’re still going to have to be in the right mindset to win it.”

The Golden Eagles won four of the nine events on Saturday and used their depth to win the pod by 98 points. Zoe Heiar won the 100 breaststroke, and Hayley Welbes, Abby Wuebker, Schmid and Heiar teamed up to take the 400 free relay.

Last season, Wahlert four-peated in the city meet for the first time since 1975-78. Senior is the only school to win at least five in arow.

“I expect Tuesday to be different. A lot different,” Wahlert coach Emily Snyder said. “The excitement and the energy will be a lot higher, and the atmosphere is just so much different. The city trophy is on the line, and all three schools have girls who taper specifically for that meet. Today, a lot more girls were broken down for this meet and the city meet is scored differently, so you can’t read too much into today.”

An added twist: next weekend’s MVC sophomore meet has been canceled, meaning even more swimmers will taper for Tuesday.

“We definitely didn’t expect to finish second today, but we’re super grateful for it,” Fish said. “This will give us a huge boost of energy for Tuesday night. It proves that we can swim with them, and it puts us in the right mindset.

“This meet was so much different, just because we’re used to seeing all the teams at conference. We’re at that point in our training where we’re running on adrenaline, but the energy was still high. It always is when you swim against the city teams.”

The Rams have yet to leave Dubuque for a swim meet, the product of a quirky schedule and a few road meets being canceled.

“Even though this meet had such a different format and they’re going to have to merge the results, I’m glad they still had it and gave us another chance to compete,” Boffeli said. “I don’t want to give away any secrets, but I’m sure our lineup will be a lot different Tuesday than it was today.”

Tuesday’s meet will be the last opportunity for swimmers to compete in front of fans. Late this week, the Iowa Girls High School Athletic Union announced that spectators will not be allowed for the regional and state meets.