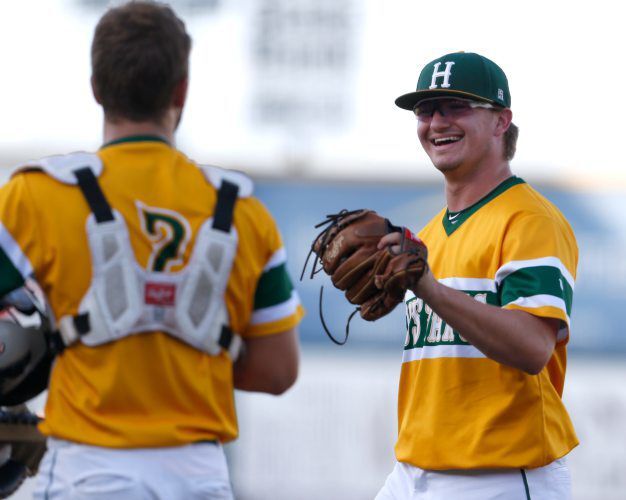 Dubuque Hempstead catcher Zach Sabers (left) and pitcher Logan Runde walk off the field during their Iowa Class 4A state semifinal against Ankeny on Friday at Principal Park in Des Moines. The Mustangs finished the season 16-2. 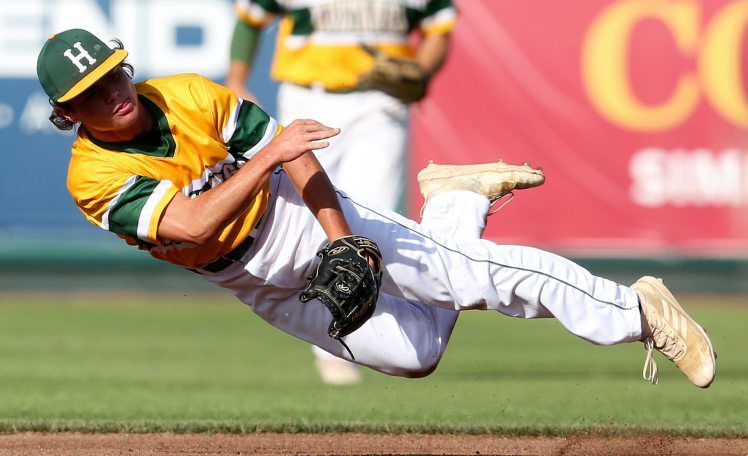 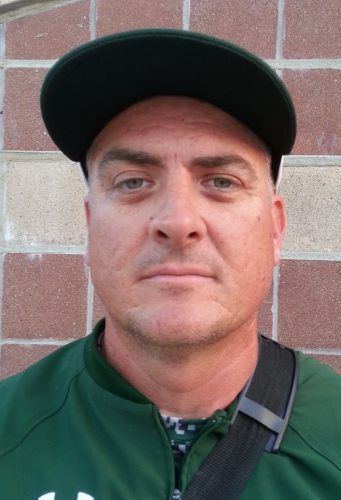 Dubuque Hempstead catcher Zach Sabers (left) and pitcher Logan Runde walk off the field during their Iowa Class 4A state semifinal against Ankeny on Friday at Principal Park in Des Moines. The Mustangs finished the season 16-2.

DES MOINES — Jeff Rapp expects Friday night to gnaw at his team for a while.

And that can be a good thing.

The Mustangs led all Class 4A schools in hitting with a .361 team average during a 16-2 campaign in which they won the Mississippi Valley Conference’s Valley Division title. They earned the 14th state tournament appearance in program history and played at Principal Park for the first time since 2014, when they also advanced to the semifinals.

But, competing in the first high school state tournament in the country following the spring shutdown of high school sports due to the coronavirus pandemic, the Mustangs also know just how close they came to playing in the Class 4A championship game for the first time since taking second in 2003, when Marshalltown still hosted the state tournament.

“It’s going to eat at them for sure. This one’s going to be a tough one to swallow for a long time,” Rapp said Friday night. “But, more than anything, it’s going to motivate them. This gave the guys in our program a taste, and they’re going to come back next year hungry for more.

“I really think we’ll build on this and come back even better next year. We’ll be even more competitive. We learned a lot from this year and what this team is made of and built a lot of chemistry within our program. I’m excited about next year already.”

There should be plenty of reason for optimism in the Mustangs’ dugout, as the majority of the team returns next summer. They will, however, have to fill the big shoes of three pivotal contributors in a five-senior class that helped establish the foundation for this year’s run.

Andrue Henry, a Kirkwood Community College commit, earned the MVC Valley Division athlete of the year award this summer. He went 5-0 with a 0.97 ERA, won two postseason games on the mound and delivered the game-winning hit against City High.

Devin Eudaley led the Mustangs in hitting for nearly the entire season, finished at .437 overall and batted .416 in four postseason games during an all-MVC senior campaign. He also led Hempstead to state in bowling and will compete in that sport at Hawkeye Community College.

And Max Pins, a Southeastern Community College baseball recruit, provided a constant spark for the Mustangs this season while playing a rock-solid second base. He batted .400 in the postseason and drove in three runs in the state semifinals.

“It’s always tough to lose seniors, because they’re the ones who really lead your program, and it’s especially hard to lose the seniors we had this season, because they’re such great kids,” Rapp said. “Offensively and on the mound, they meant a lot to our program the last couple of years.

“Like every season, we’re going to have to have a couple guys step up their game. Time will tell who those guys will be.”

On the extremely bright side, Hempstead returns five of the seven players who hit better than .300 in the postseason, when the spotlight shines the brightest. Among the returners, junior Zach Sabers hit .500 (6-for-12) in the postseason, followed by junior Logan Runde at .400 (4-for-10), sophomore Kellen Strohmeyer at .363 (4-for-11), and juniors Trey Schaber and Michael Garrett both went 3-for-10 to bat .300. Junior Dane Schope and sophomore George Sherlock also contributed at least one hit during the postseason run.

Nothing beats postseason success or the opportunity to play at the home of the Chicago Cubs’ Triple-A affiliate.

“It’s fun playing down here, but, obviously, losing hurts a lot,” said Strohmeyer, a University of North Carolina recruit. “It doesn’t sit well with us, and it’s going to motivate us in the offseason to come back and, hopefully, win it.

“It’s nice to have a lot of starters back who were a part of the experience this week. We can motivate the younger kids and help us get back here next year. Now we know we can do it.”

Runde will be the top returning pitcher after throwing 27 2/3 innings this summer. Despite a season truncated by the coronavirus pandemic, 13 different pitchers saw time on the mound and 10 of them return. That includes Sabers, Strohmeyer, Schope and Garrett, along with juniors John Cornelius and Mitch Heuer, sophomores Lane Wels and Brock Booth, and freshman Jonny Muehring.

“We just have to keep working, and I’m not worried about that at all,” said Runde, an Iowa Western Community College commit and the pitcher of record in the semifinal win. “I know every single guy on this team has a great work ethic, and they’re going to keep doing what we’ve been doing.

“I’m going to miss our seniors. They’re all really good guys and they’ve meant a lot to our program. But I’m excited about next year and think we’ll be back down here again.”

Based on the talent at the lower levels, the Mustangs have the potential to be regulars in Des Moines for a few years.

“I’m super excited about what we have in place right now and what we have coming,” Rapp said. “All the pieces are there. We have to find a way to fill some innings on the mound and some really big bats in our lineup, but we’re going to be fine.”

Baumhover is in his second season as the Bulldogs' co-head coach.