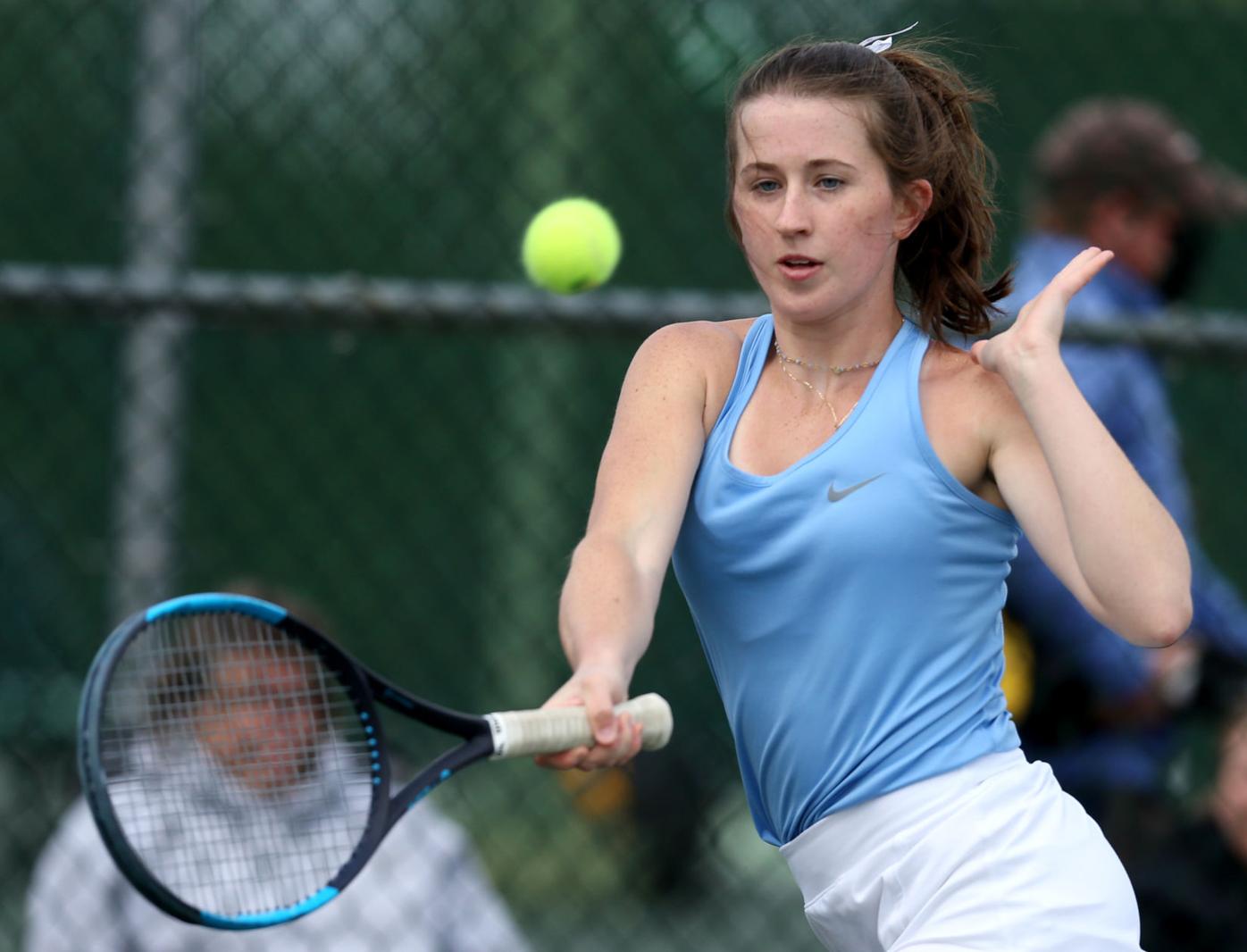 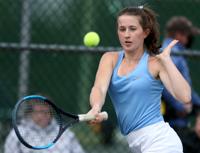 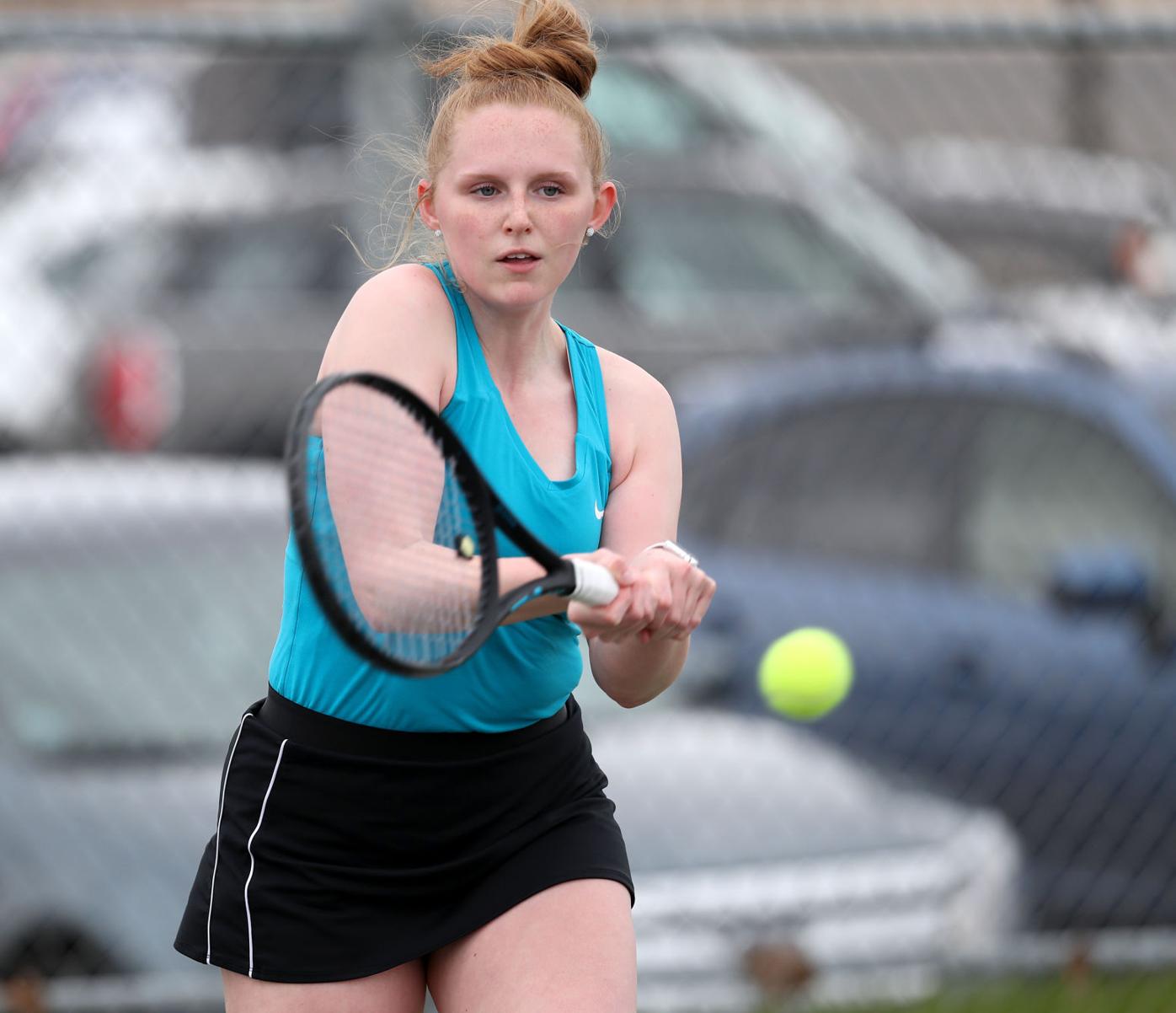 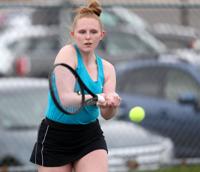 Dubuque Senior’s Natalie Kaiser qualified for the state tournament three times during her career with the Rams. She’ll continue her career at Wartburg College. 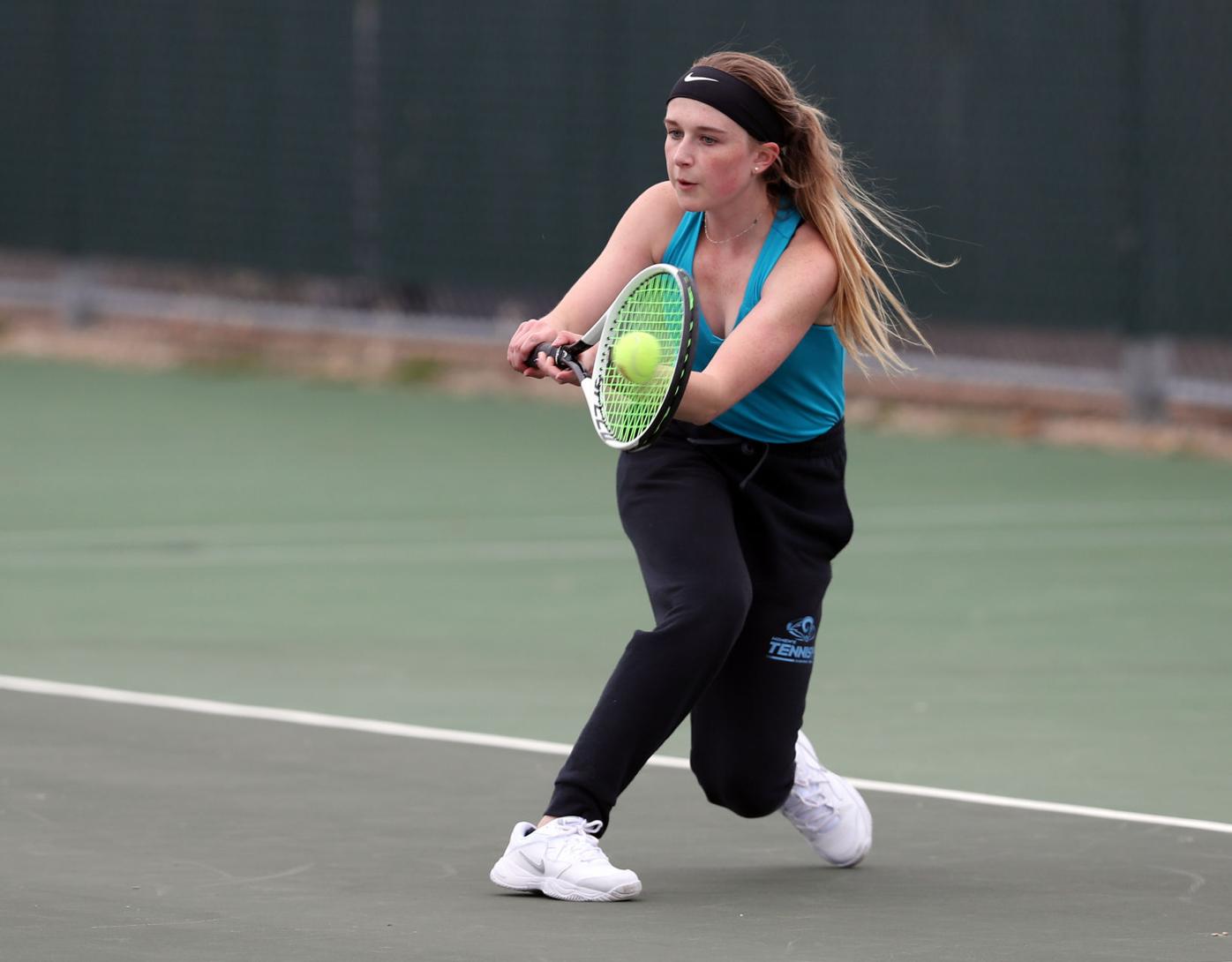 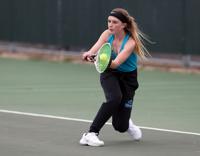 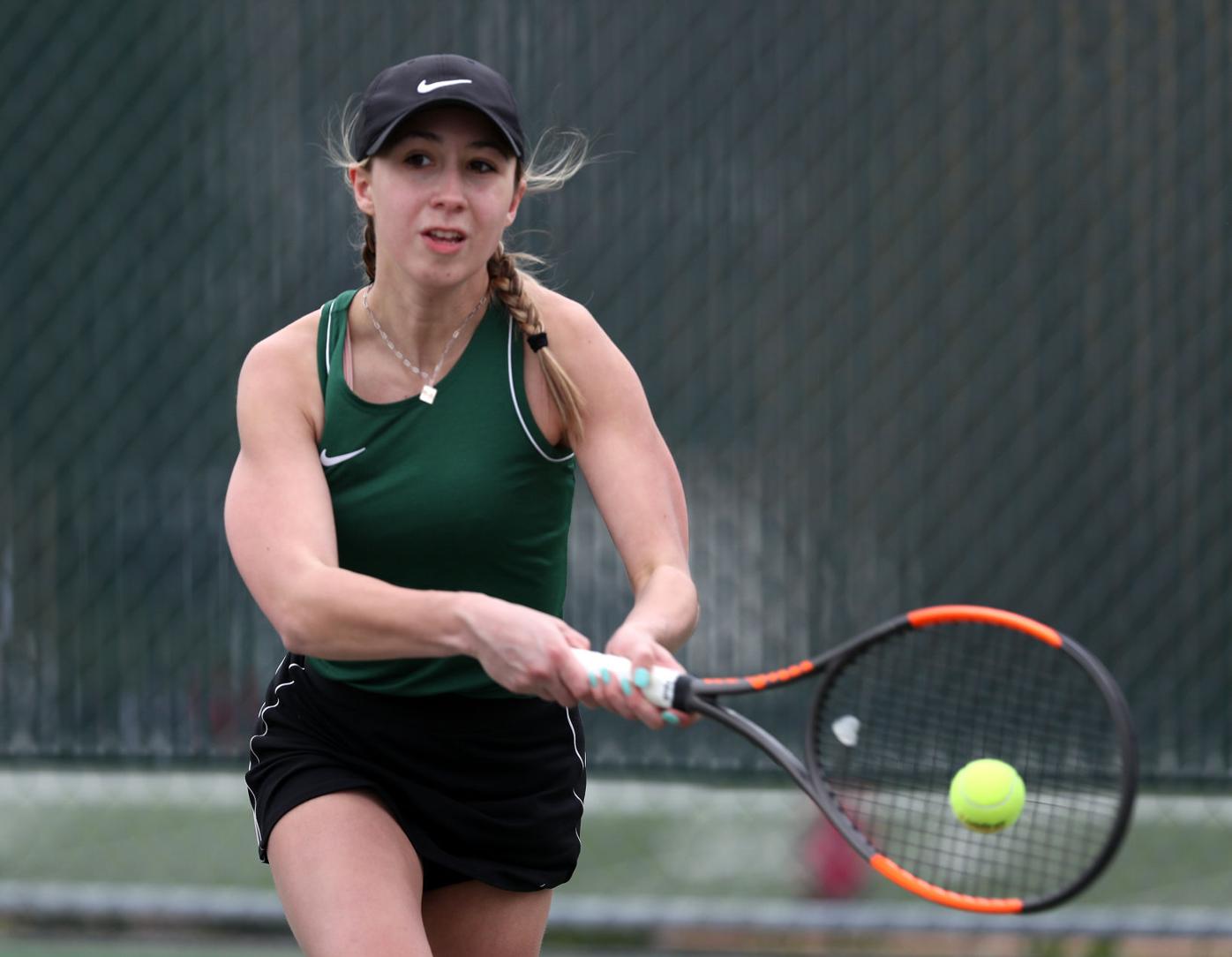 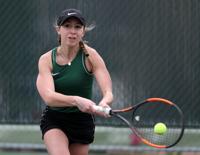 Dubuque Senior’s Natalie Kaiser qualified for the state tournament three times during her career with the Rams. She’ll continue her career at Wartburg College.

Caroline Hutchinson made an immediate impact at Dubuque Wahlert as a freshman.

After climbing her way up the ranks, Hutchinson took over the No. 1 position and thrived this season for the Golden Eagles, earning a city singles championship this spring in another strong effort on the courts for the program.

Hutchinson swept No. 1 singles play in the city this season and was impressive in doing so. She proved to be a key leader for a young Golden Eagles team and finished her career as a three-time state qualifier. Hutchinson made state singles in back-to-back seasons, and as a sophomore not only placed seventh but helped the team finish fourth at state. However, this season fell short of the ultimate state goal, as Hutchinson teamed with Claire Walker in doubles and lost in the regional semifinals, while the team came up one victory short of state in the regional final. She also teamed with Wahlert’s Charlie Fair to place third at the state co-ed doubles tournament. Hutchinson will continue her career at Wartburg College.

Kaiser played at a high level for three seasons for the Rams, once again locking up the top spot this past spring. Kaiser has three trips to the state tournament to show for her efforts, and she’ll continue her career at Wartburg College along with Caroline Hutchinson, giving the Knights a strong 1-2 punch for an influx of city talent. Kaiser qualified for state in singles as a freshman, made it with Riley O’Donnell in doubles as a sophomore and then closed her career by making it in doubles again with Maddy Sampson-Brown.

O’Donnell was another player that contributed immediately as a freshman for the Rams, but ultimately saved her best for last. All three years she could have — and at times, did — play No. 1 for Senior if not for the talented Natalie Kaiser in the lineup. After reaching state doubles with Kaiser as a sophomore, O’Donnell entered the singles field this spring and made her second state tournament, closing out with a sixth-place finish. O’Donnell also competed at the state co-ed doubles tournament along with Senior’s Zach Kahle. She’ll continue her career at Luther College.

A true success story for the Bobcats, Besler was down near the bottom of the lineup as a sophomore before rising to the No. 1 position in her senior season. Through much hard work, Besler battled the top talents in the Mississippi Valley Conference all season, and it paid off with an impressive 1-6, 6-3, 10-3 win over Hempstead’s No. 1, Peyton Connolly.

No. 5 Peyton Connolly (Hempstead)Connolly was asked to accept a difficult task for the Mustangs this season: handle the grueling No. 1 position as a promising deep lineup racked up wins elsewhere. She still picked up four wins at No. 1 and was highly competitive all season, playing a key role in the Mustangs capturing their first city title since 2016. Connolly fell one win shy of qualifying for state doubles, losing in the regional semifinals alongside Megan Sleep.

The only player on this list that’s not a senior, Walker had a breakout junior campaign. She subbed in for Hutchinson and won twice at No. 1 singles, then added four more wins at No. 2. She also teamed with Hutchinson for plenty of success at No. 1 doubles, and joined up with fellow Golden Eagle Jack Freiburger to compete at the state co-ed doubles tournament. Walker is a tall, athletic player that is primed to move to the No. 1 spot for the Eagles in her senior season.