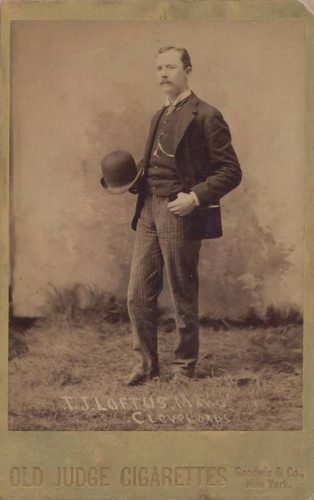 St. Louis native Tom Loftus lived in Dubuque for much of his adult life and helped form the American League. 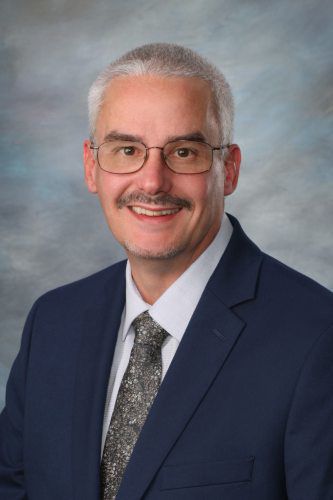 Roughly 10 years ago, John Pregler discovered the little-known story of Dubuquer Tom Loftus and his influence on the national baseball landscape.

Pregler, a 52-year-old with a passion for Dubuque’s place in American history during the 19th century, just needed the right inspiration to share that story with the masses. He found it last summer, when Major League Baseball announced plans to hold a regular-season game at the Field of Dreams in Dyersville, Iowa, next month.

Pregler posted a link to the story on his personal web site, www.thelensofhistory.com.

“I really wanted to take advantage of all the attention the Field of Dreams Game was bringing to the county and promote our local history as it relates to baseball on a national level,” Pregler said. “As I was doing my research, I found numerous articles from the first half of the 20th century that referred to Dubuque as one of the early cradles of professional baseball, and Tom Loftus played a significant role in that history.

“Ban Johnson and Charley Comiskey are recognized as the founding fathers of the American League, but Tom Loftus played just as significant of a role as they did. Unfortunately, Tom Loftus quit baseball in 1904 and passed away in 1910 before baseball really took off in popularity, so his story was kind of forgotten. It didn’t help that Ban Johnson and Charley Comiskey lived another 20 years, they were feuding, and Ban Johnson tried to make people believe that he created the American League from nothing. And, obviously, it didn’t help that Dubuque isn’t a major East Coast media market.”

Loftus, a St. Louis native born in 1856, played at the minor and major league levels before becoming a team captain, scout, manager, league organizer, club owner and magnate. He and Comiskey moved to Dubuque in 1878 to play baseball for Ted Sullivan’s Dubuque Rabbits and spent the rest of his life here.

Pregler traced the lineage of the American League to 1879 in Dubuque and reports two of the most critical meetings for the formation of the league took place at the Julien Hotel. The American League declared itself a major league in 1901.

The National Baseball Hall of Fame created SABR in the 1970s as an outlet to fill in the gaps of baseball history, especially that of the 19th century, and the process of being published by SABR can be exhausting. SABR only publishes works by its members, who endure extensive edits, peer reviews and fact checking before receiving final approval. SABR lends credibility to an author’s work, and recognized work cannot be contested.

Pregler’s research uncovered information that impressed the Baseball Research Journal enough to overlook its standard word limit for articles. Most fall in the 3,000 to 4,000 range, and some reach as much as 7,000. “Tom Loftus: The American League’s Forgotten Founding Father” includes 82 citations from 50 sources within its 10,000 words.

“It is a long, laborious process, but it’s worth it and the feedback is very beneficial,” Pregler said. “This article falls under their ‘Lest we forget’ category, which basically looks at history that’s either not known or not very clear. There really isn’t a lot out there about the formation of the American League, and this helps fill in some of those gaps.”

Pregler has been working on two more articles — one related to the American League’s formation and the other focused on Dubuque’s reputation as one of the early cradles of professional baseball. Ultimately, the compilation will appear in book form.

“My goal is to restore Dubuque, Tom Loftus, and Ted Sullivan to the ranks of Charley Comiskey and other pioneers in the early history of professional baseball that gave ultimate rise to today’s Major League Baseball,” Pregler said.