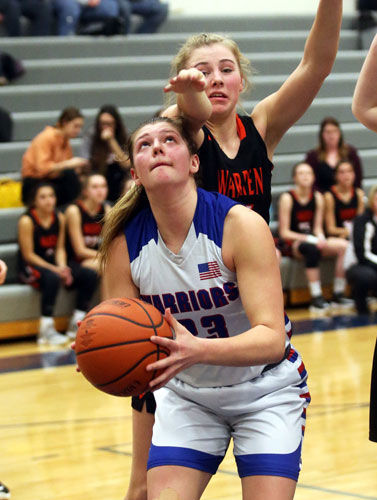 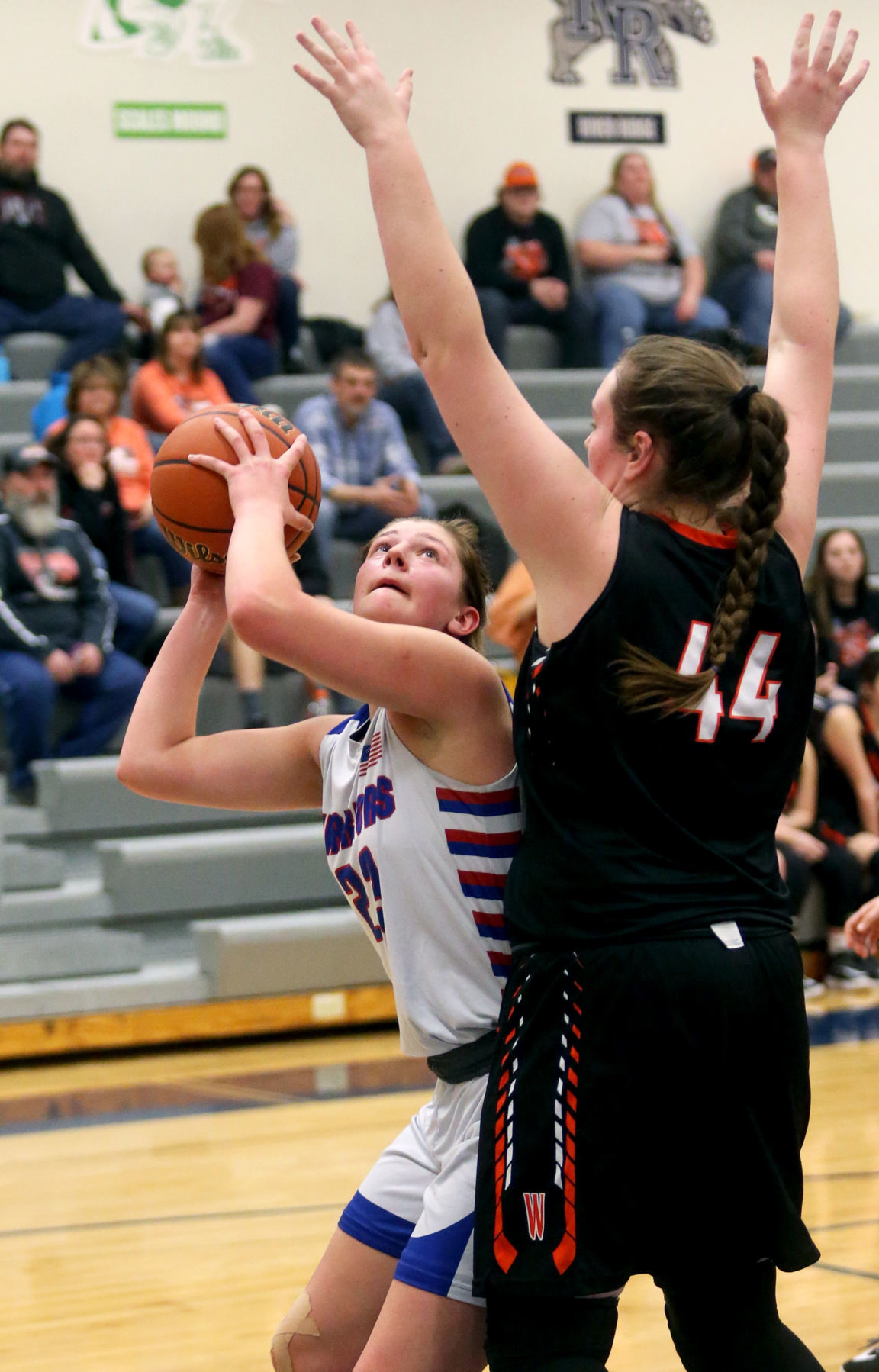 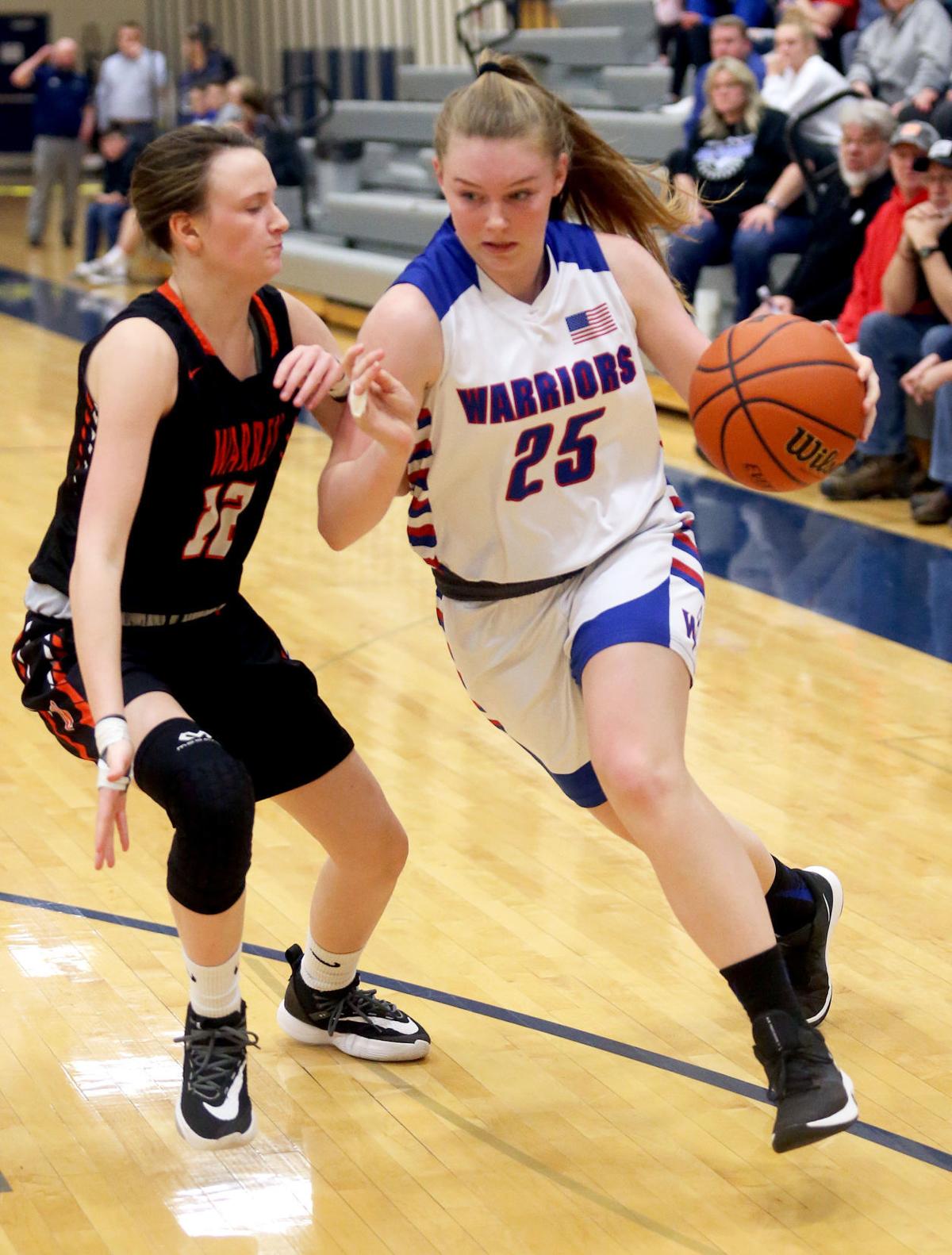 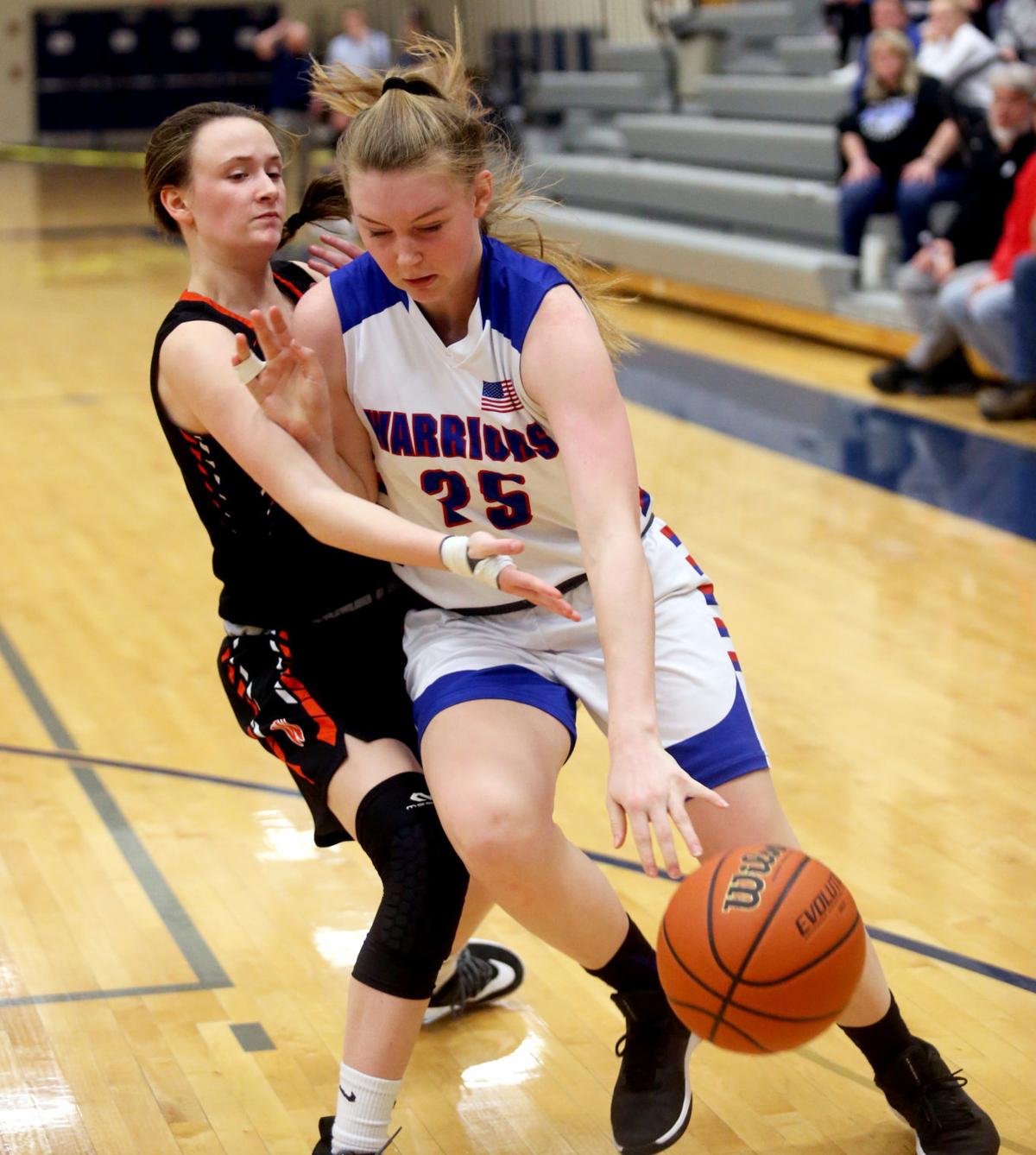 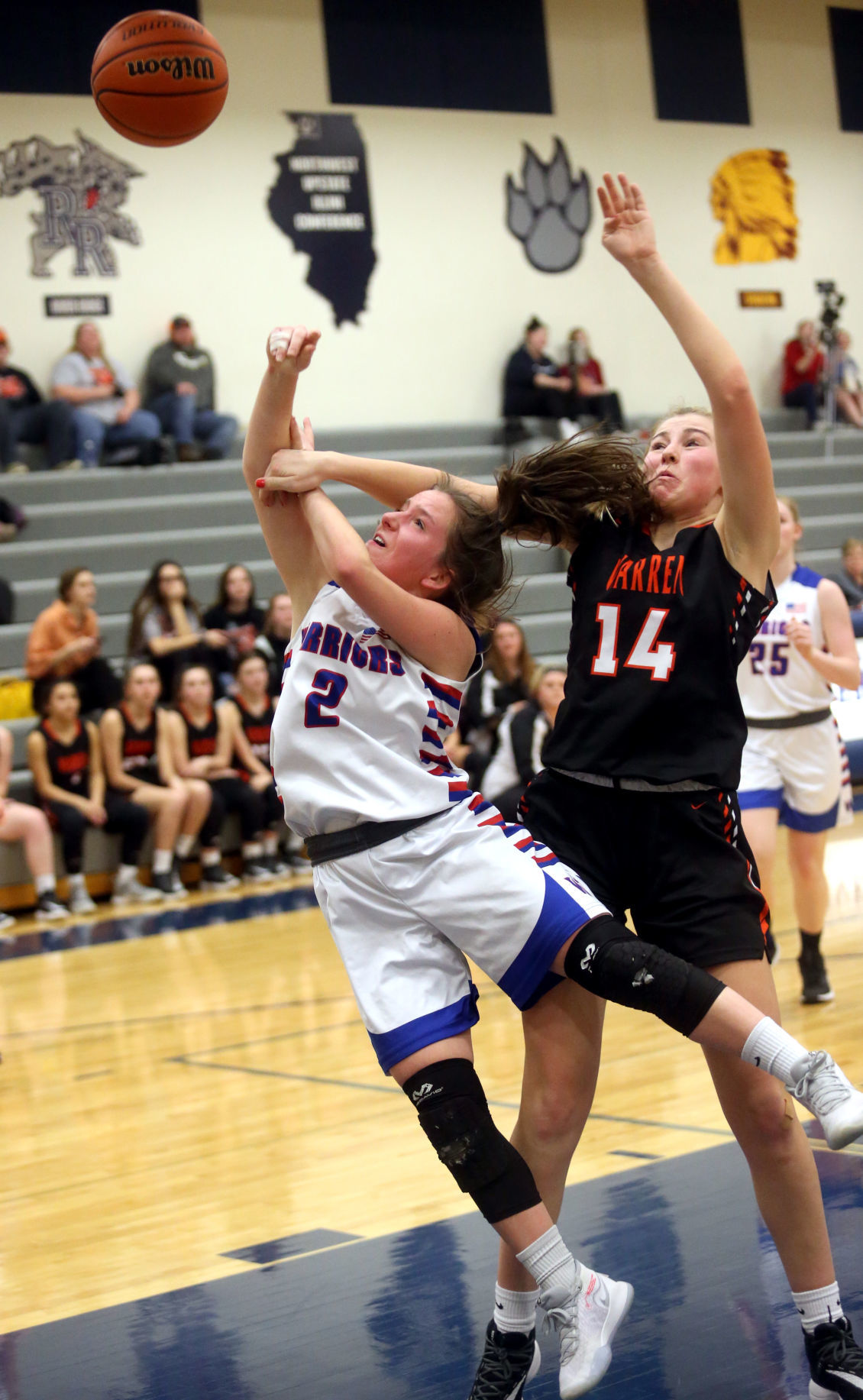 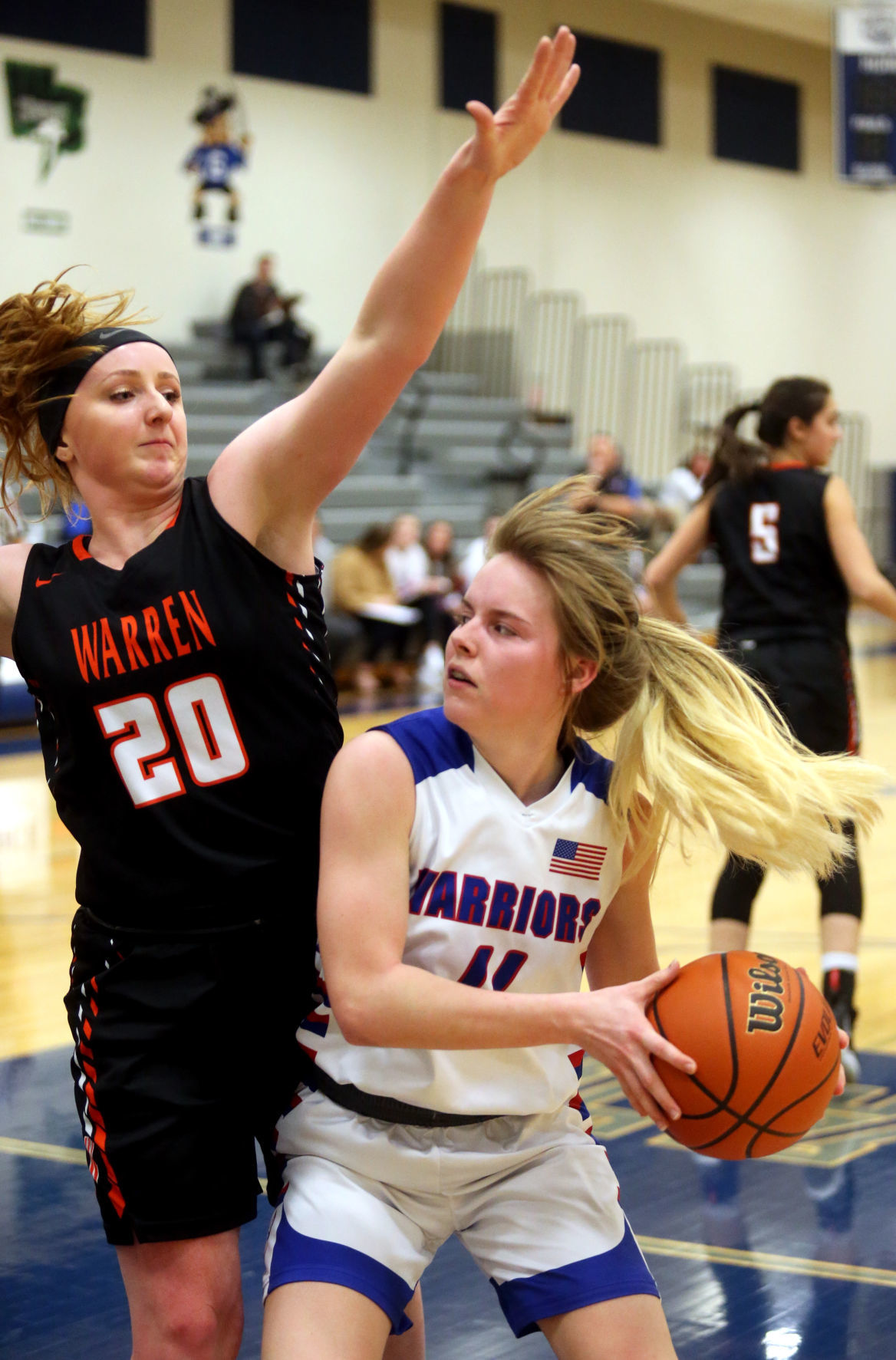 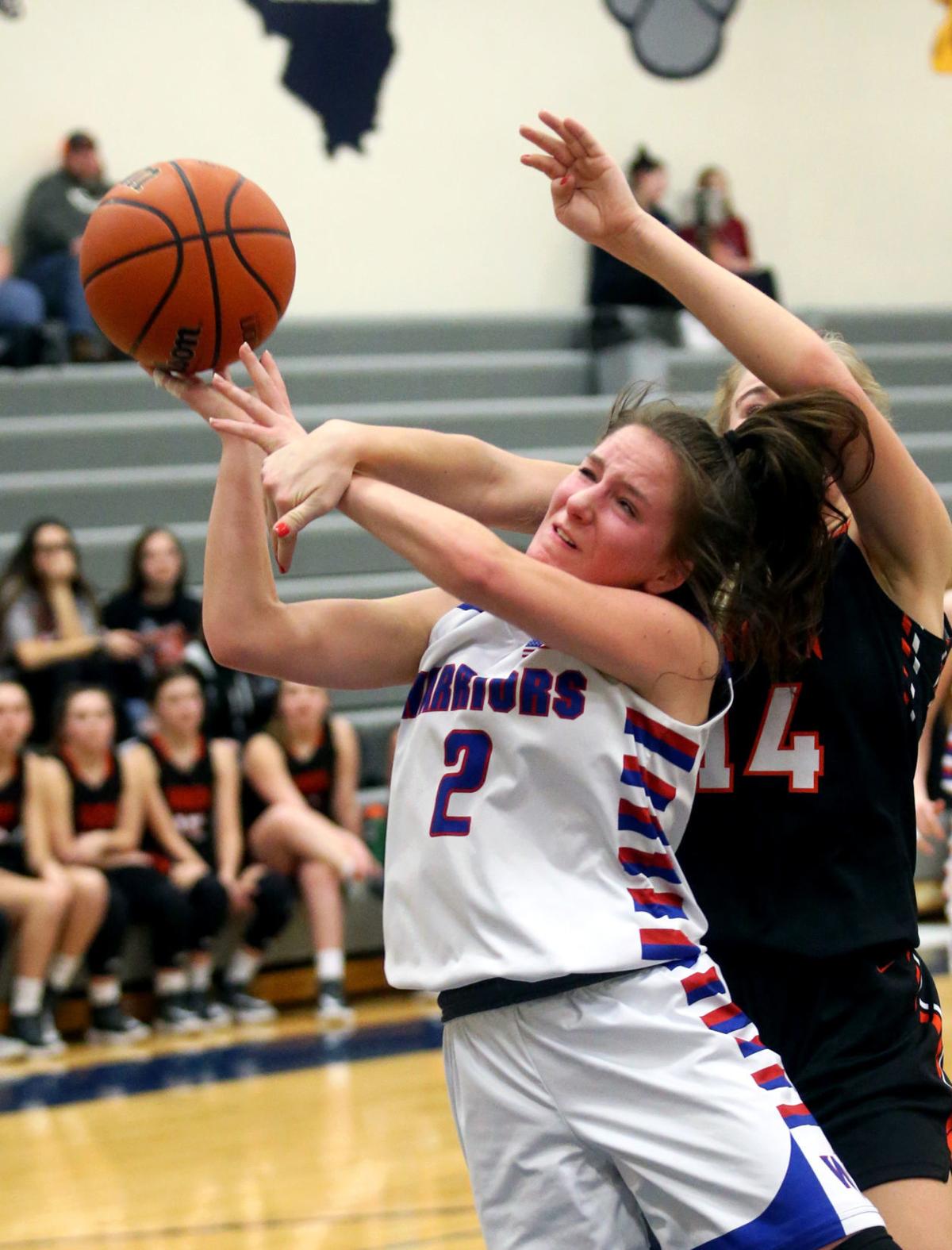 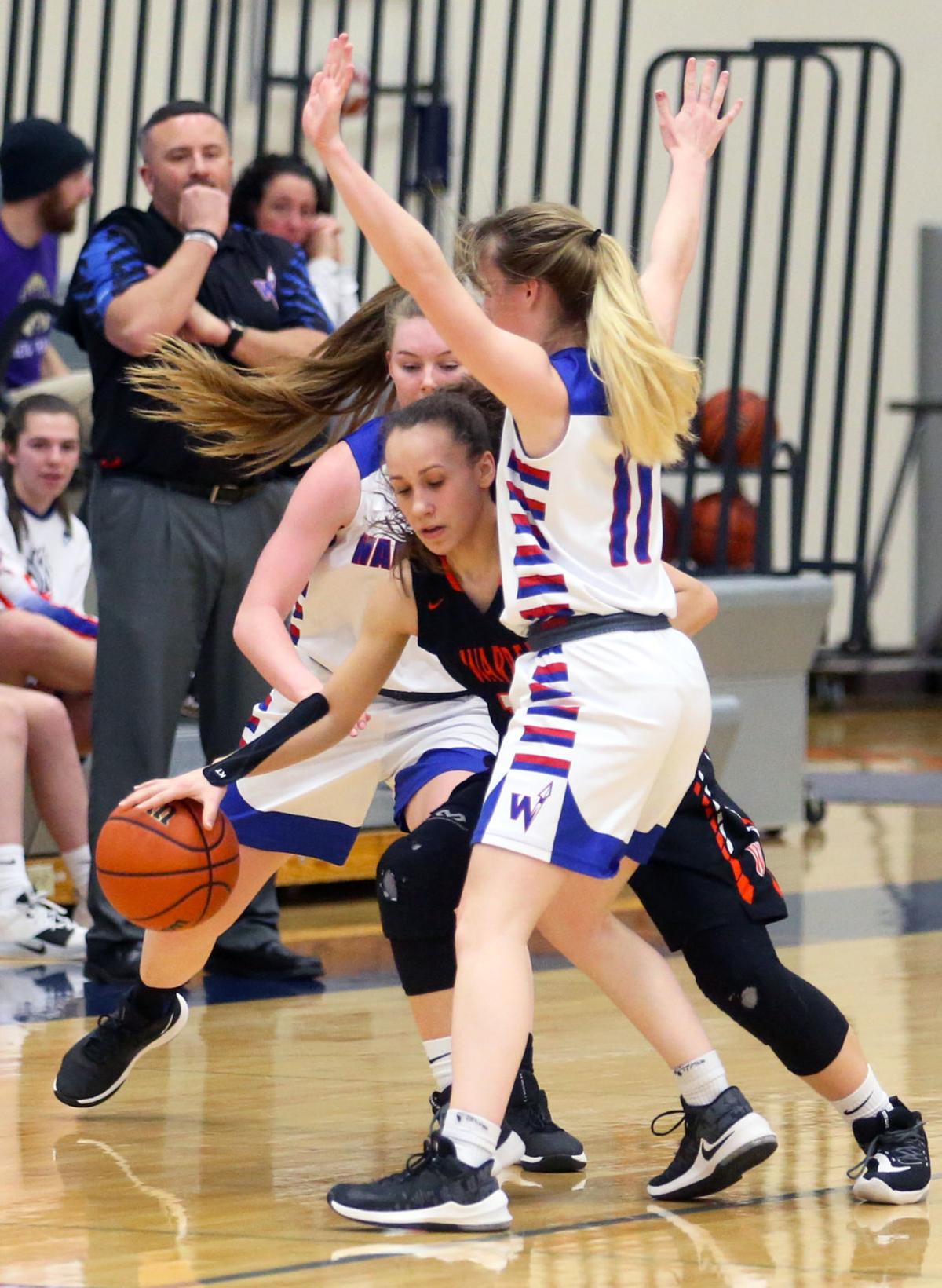 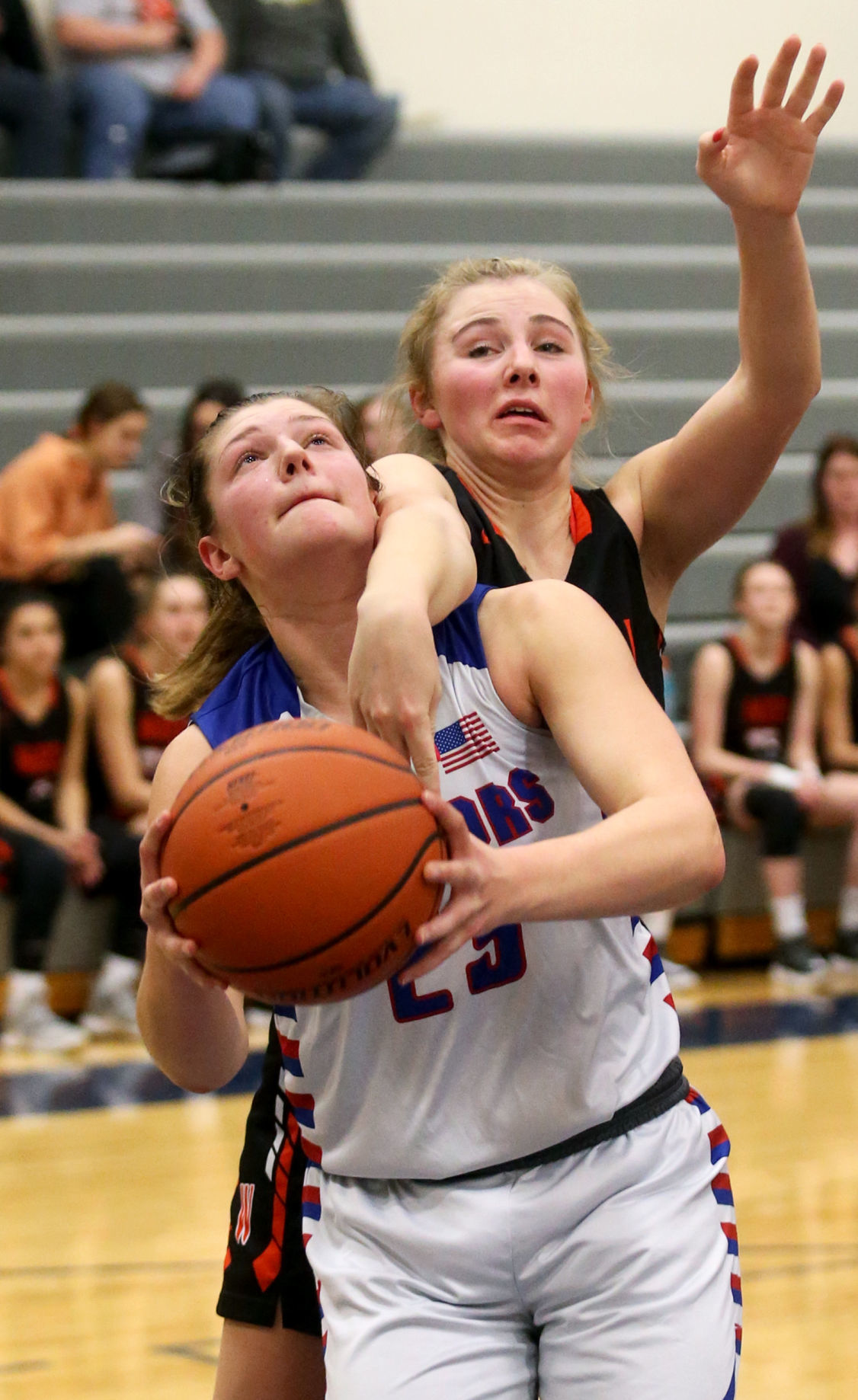 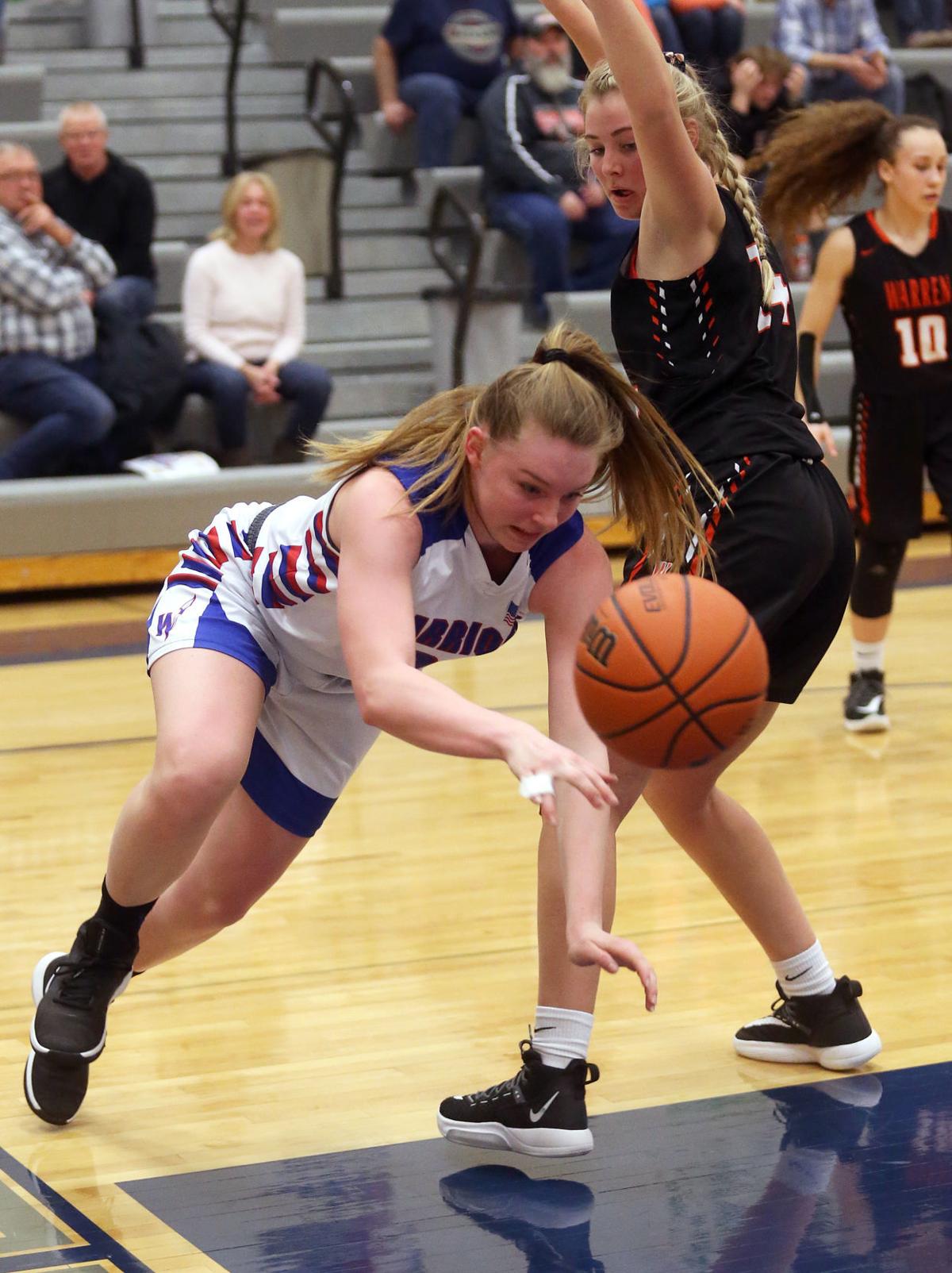 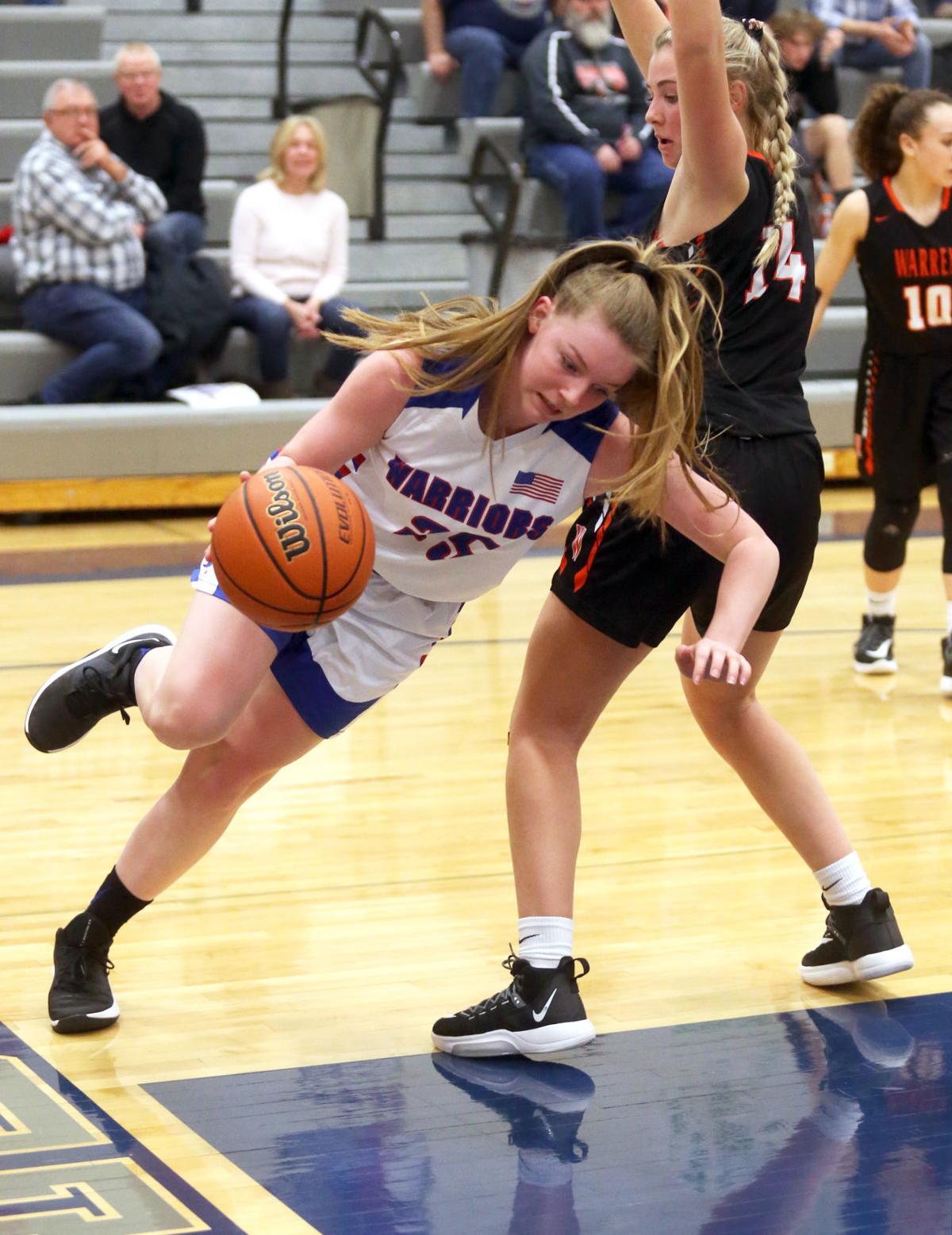 It’s the only thing the program knows how to do, especially when entering the postseason short two starters due to injuries.

While East Dubuque was hardly limping into its Illinois Class 1A River Ridge regional opener on Monday night against Warren, the team certainly has had to adapt over the past several weeks with guard Carly Wemett (concussion) and forward Anna Berryman (finger) relegated to the bench.

“We have a couple players out and it’s just been crazy,” East Dubuque coach Scott Schaber said. “And we have an inexperienced bench behind that, so I’m glad we were able to gut it out and just simplify things as much as we could.”

“We’ve been through a ton this whole season,” said Duster, a junior point guard. “Now we’re out a couple starters and we just have to stick to the grind. That’s what Schaber is very big on. Be there for one another and always persevere.”

“Warren has really good starts to games and credit to them, they gave us one hell of a run tonight,” Duster said. “Kudos to them for battling hard all season.”

Brianna Anderson’s long jumper gave Warren the first lead of the game, and East Dubuque struggled to get going. After the first 3 minutes of the contest, East Dubuque was held to 0-for-5 shooting with three turnovers and a goose egg on the scoreboard.

“We’ve all moved into different positions, so our variety of plays shrunk a lot,” Middendorf said. “The baskets weren’t falling right away and we’ve had to adapt lately only having three normal starters.”

The teams went back-and-forth to a 7-7 tie before East Dubuque finally gained control with a 12-0 run. Dietzel grabbed a steal and scored in transition before another tough score inside. Duster sank a pair at the free-throw line before Middendorf capped the run with a bucket in the lane.

The final damage ended as a 17-6 scoring run by East Dubuque in the second quarter for a 26-13 lead at the break.

“Postseason is totally different than regular season, so we knew it’d be tough,” Middendorf said. “We just had to play our game and slow them down.”

Warren responded out of halftime, using a 15-5 run over the course of the third quarter to make it a one-score game, 31-28, heading to the fourth. East Dubuque answered when Duster scored a bucket plus the foul off an inbound play to open the final quarter, but Anderson hit a 3 for Warren to cut the lead to 34-31 again.

Dietzel scored and then Middendorf connected on inside post moves twice for a quick 6-0 run that gave the momentum back to East Dubuque to close it out.

“You always hear survive and advance and I’ve been through this many years,” Schaber said. “This round can always be that grind test and hopefully the butterflies are out now and we can get into some things better. This team still has a pulse and as long as we have a pulse, anything can happen in the next round.”