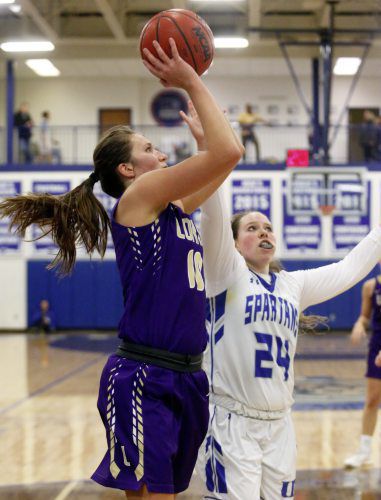 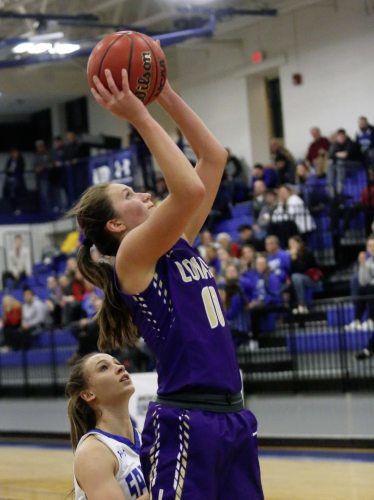 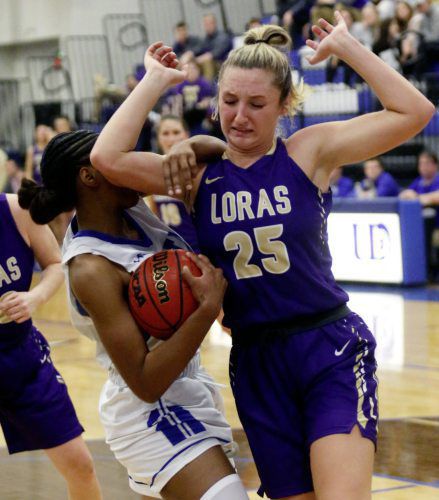 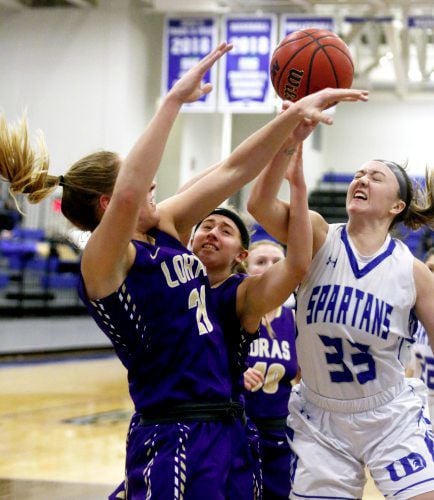 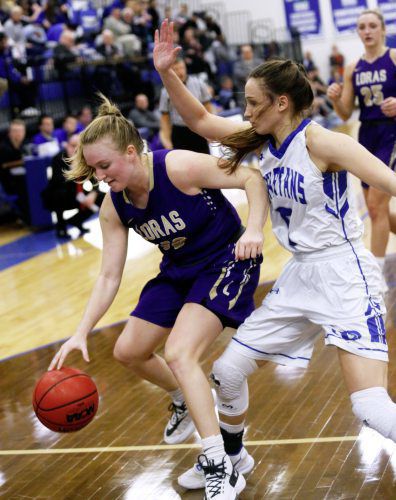 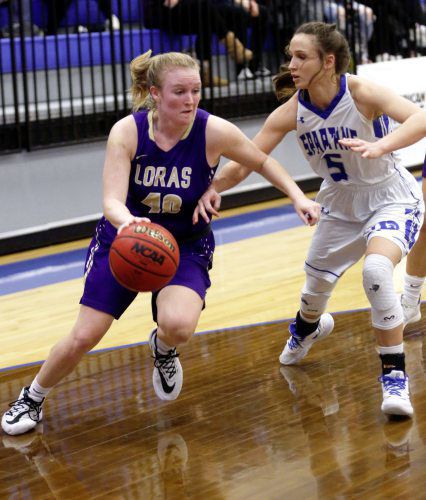 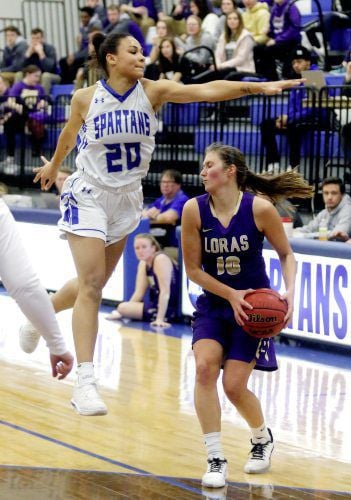 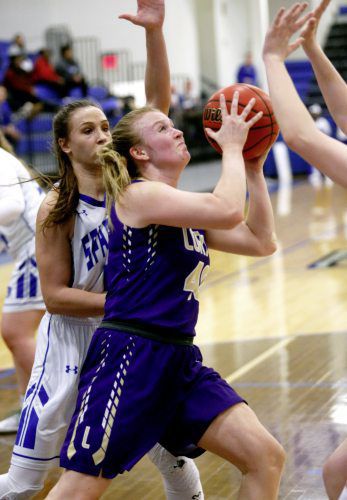 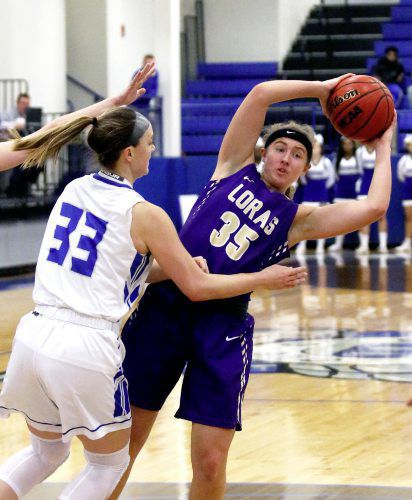 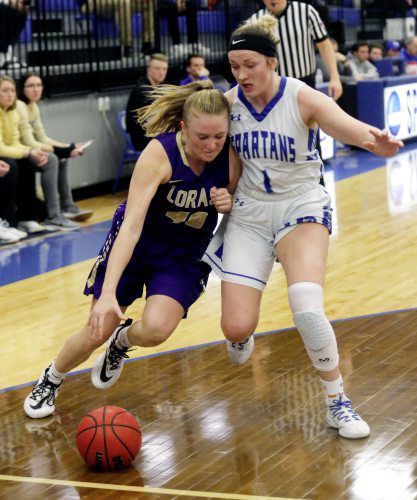 Even after a dominating performance, Wednesday night’s top star tried to deflect praise.

But there were no bones about it: Loras senior Macenzie Kraemer was the unmistakable star of the Duhawks’ tilt against rival Dubuque.

Kraemer scored 30 points with six 3-pointers — both career-highs — as NCAA Division III 10th-ranked Loras blew out the Spartans, 86-54, at the Stoltz Center.

“It felt good,” said Kraemer, a Spring Green, Wis., native. Her previous career-high scoring was 25, which occurred earlier this season. “My teammates found me and I was able to hit the shots tonight. I’ve got to give a lot of credit to my teammates on that.

“It was just another one we needed to knock off tonight in order to reach our end goal.”

It was no surprise to Duhawks coach Justin Heinzen that Kraemer had a night like this in her. He described his even-keeled guard as a gym rat who has spent the last four years becoming a focal point of the offense.

“She’s come a long way, but she works really hard at it, shoots a ton of shots in practice,” said Heinzen, whose team improved to 21-2, 12-2 in the American Rivers Conference and won its fourth straight game. “It’s great to see her rewarded like that against this team.

“You can see it in her play on the floor. She’s a really level-headed player. She doesn’t get too high or too low and I think that helps her shooting confidence.”

With two games to go, the Duhawks are in a dogfight for the top slot in the A-R-C. They welcome No. 5 Wartburg to Lillis Court next Wednesday in a game that may well decide who takes the regular season conference title.

Against a young Dubuque squad, Loras quickly demonstrated why it’s atop the standings, racing out to a 9-4 lead and using a 7-2 run for a 20-10 advantage. The Spartans (7-15, 3-10 A-R-C) used a five-point run in the final minutes of the first quarter, but a free throw by Madison Fleckenstein gave the Duhawks a 21-15 lead through the first period.

Kraemer started the second quarter off with an and-1 bucket and Loras scored the first seven points of the frame to build their lead to 28-15. Dubuque closed the first half on an 8-0 run, but went into halftime trailing, 38-30.

After a layup by Kari Fitzpatrick put the Duhawks up, 51-40, midway through the third quarter, the Spartans couldn’t keep Loras in reach. It was the start of a 10-2 Duhawks run, with eight of those points coming from Kraemer, and the Loras lead was up to 59-42 entering the fourth quarter.

Kraemer then drilled three 3-pointers in the final frame to get to her career high. Her last trey gave the Duhawks a 78-48 lead with under 4 minutes to play, and Heinzen pulled his starters out shortly after.