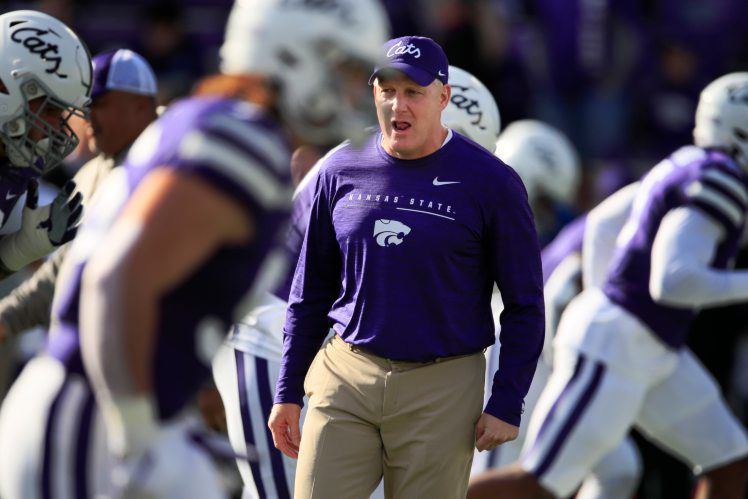 Kansas State head coach Chris Klieman — formerly of Loras College — issued a statement via Twitter on Sunday condemning a racist tweet by a KSU student last week which has sparked campus-wide protests. Aliyah Carter, a Dubuque Wahlert graduate and member of the Wildcats volleyball team, is among Kansas State student-athletes who’ve said they plan to sit out sports if the university doesn’t condemn racism through institutional policy changes. 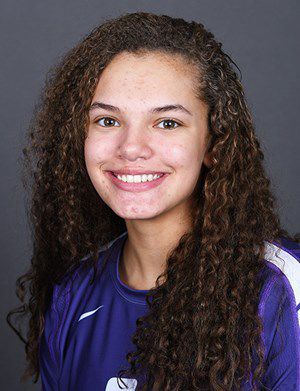 Athletes across the Kansas State campus say they will boycott their sports unless the university creates policies condemning and punishing racist actions taken by students.

Wahlert graduate Aliyah Carter is among them.

The movement is in response to a tweet Thursday from KSU student Jaden McNeil that came one month after George Floyd’s death at the hands of Minneapolis police. Floyd’s killing has sparked nationwide protests over the last month, including several demonstrations in Dubuque.

McNeil tweeted, “Congratulations to George Floyd on being drug free for an entire month!” — sparking outrage among many Kansas State students and athletes, including Carter, an incoming freshman and one of four Black members of the Wildcats’ volleyball team.

One day after McNeil’s tweet, Carter and several other Black Kansas State athletes shared a statement calling for “a policy created against racism that will expel any student that openly displays racism on all platforms such as social media, school, Aggieville and sporting events. We also need to see student Jaden McNeil receive strong consequences for his insensitive actions.”

Carter’s tweet included the caption, “Please respect my decision. #BlackAtkstate There needs to be a change.”

Carter, who returned to campus in Manhattan, Kan., last week after spending the last few months home in Dubuque, spoke to the Telegraph Herald by phone on Monday. She said students and athletes around Kansas State are angry, herself included. And she is willing to sit out her upcoming freshman volleyball season if nothing is done about it.

“The situation right now, to put it really short, is no policy, no play,” said Carter, who graduated from Wahlert in December after winning a pair of state titles with the Golden Eagles. “The Black students at Kansas State really want a policy that has to do with not allowing racism in any form.

“I just thought about my community. The Black community especially. Being on a predominantly white campus. I grew up in Dubuque, Iowa — which is predominantly white. It’s just about sticking up for what you feel is right. I feel like I’m doing the right thing.”

Carter believes that Kansas State has made progress toward a policy that would prevent a situation like this from happening again.

On Saturday, university President Richard Myers issued a statement that in part read, “We know this is not what we want to stand for; our expectation is that we will help build the world up, not tear it down.”

Kansas State football coach Chris Klieman, who was previously a head coach at Loras, tweeted on Sunday, “Racism is NOT welcome at KSTATE now or in the future. On and off the field, as a family, we will make a difference through our ACTION. I am excited to help every player unite for a solution NOW, so (that) we can come together stronger than ever. Black Lives Matter.”

Additionally, a staff member from KSU athletics said in an email to the TH that Myers and university leadership were deliberating on Monday about what steps the institution can take toward addressing the incident.

However, athletes of color at Kansas State still plan to boycott. Members of the Wildcats football team issued a statement on Saturday that they will not play, practice or meet unless McNeil is dismissed. Carter also said she will not participate in ongoing team activities currently underway with the volleyball team.

“I really feel like a lot of athletes here — me, all the volleyball players that are Black, the football team, the basketball team — we’re all taking a stand,” Carter said. “By us doing this, it really pushes them to do something like make a policy.

“If it doesn’t happen, I’m way more willing to sit and not play until there’s a policy. I think it’s really great what’s happening. People are standing up. People are letting their voices be heard and I feel like that’s what needs to happen.”

When Carter was home during quarantine, she said she participated in several of the George Floyd demonstrations in town. But she admitted this is the most outspoken she’s been on the issue of racism, and it’s the first time she’s used her platform as an athlete to make a strong statement against it.

“Growing up, my dad taught me a lot about what’s going on in the world and about racism,” Carter said. “I grew up in a predominantly white community. Being Black, you always see some sort of racism in your life. Over the years, I’ve been learning more and more, and especially during this time, I’ve gotten to educate myself even more with what’s happening.

“I know a lot of my fellow student-athletes have gotten a lot of hate comments on their posts. I haven’t had that that I know of, but if it happens, it happens. There’s people in the world like that. You can’t really change what they say.”

Carter said she was told that McNeil might not be expelled because of the university’s stance on free speech and expression. Instead, the movement is focusing on the policy itself that leaves room for students who make racist statements, like McNeil’s tweet, without repercussions.

Once such a policy is in place, Carter looks forward to embarking on her collegiate volleyball career this coming fall. She believes a positive solution at Kansas State is in the works.

“The best outcome would be to have a policy in place that’s finalized as soon as possible,” she said.