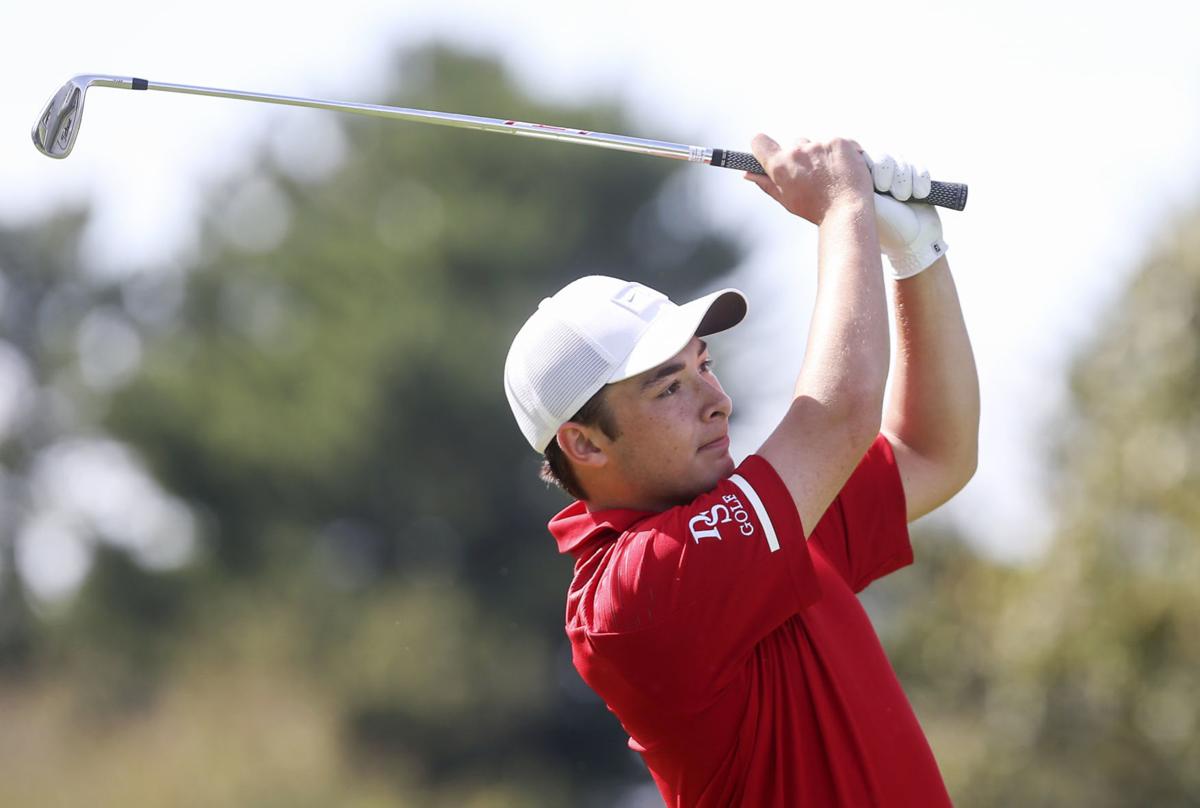 Dubuque Senior's Jake Woodward follows his tee shot during the city golf meet at Dubuque Golf & Country Club last season. Woodward shot a 79 on Thursday at the Mississippi Valley Conference Super Meet in Cedar Rapids, Iowa, to help the Rams to seventh in the team standings. 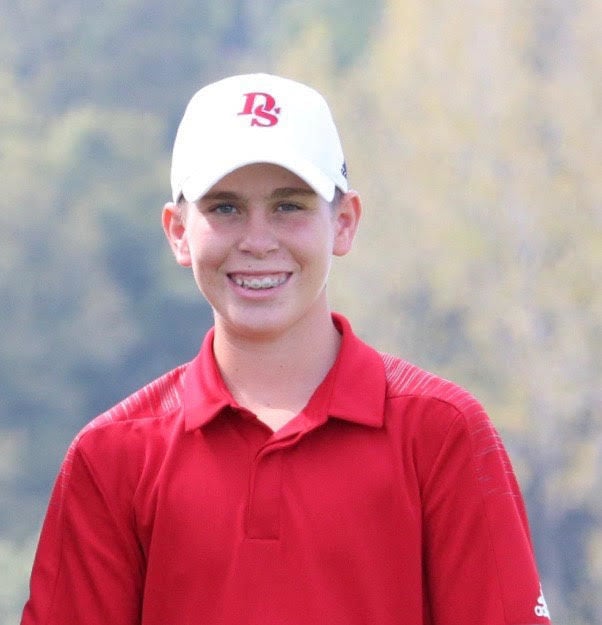 Timmy Casey had a goal to break his score into the 70s during his junior campaign.

Nothing like accomplishing a goal on the first official day of the season.

Casey fired a personal-best 77, tying for 11th place overall and leading the Rams to seventh place in the 16-team standings at the Mississippi Valley Conference Super Meet on Thursday at St. Andrews Golf Course in Cedar Rapids, Iowa.

“I just tried to stick to my game and play it safe,” Casey said. “The goal was for everyone else to do the same and I think we did. It feels good (to shoot in the 70s). I’ve been working hard all summer and it’s a relief to have it pay off and show how hard I’ve been working.”

Casey couldn’t drop his score out of the 80s last fall, so opening up with a 77 is an encouraging start to begin this season.

“He didn’t break 80 all of last season, so to shoot a 77 in the first meet is just a great score,” Rams coach Tim Felderman said. “He had a great round.”

The Rams earned the top score in the city at the Super Meet, tying with Western Dubuque at 323 but earning the higher placing on a fifth-score tiebreaker. Dubuque Wahlert finished ninth with a 328 and Dubuque Hempstead was 10th at 330. Cedar Falls won the title with an even 300.

Jake Woodward, a senior, fired a 79 for the Rams. Freshman Nate Obbink shot an 82 and senior Brady Schiesl swung to an 85 for Senior.

“You have Jake with a 79, and to get two guys under 80 in the first meet is awesome,” Felderman said. “We played better than we expected as a team, and hopefully we can keep it up and keep it going.”

Western Dubuque was led by brothers Jax and Davis Stelzer, as both shot 77s to tie for 11th place and power the Bobcats to eighth in the team race after losing the tiebreaker to the Rams. Jax is a junior and Davis a sophomore.

Senior Casey Perrenoud fired an 82 and junior Max Naumann had an 87 to round out WD’s score.

“Jax and Davis played much better earlier in their rounds and didn’t finish quite as strong as they would have liked,” WD coach Ben Wilson said. “It’s a good thing we shot a 323 and feel like we have a lot of room for improvement. It’s nice knowing we can walk away with a 323 disappointed today. The guys are itching to get better and really improve.”

Wahlert’s young group showed flashes in the opening meet, led by sophomore Nolan Martineau with a 77 that tied Casey and the Stelzers for 11th place overall. Junior Ben Vaassen followed in 18th place with an 80, while junior Ben Cummer added an 85 and freshman Will Coohey shot an 86.

Hempstead had a so-so outing, and the talented lineup will look to build on its performance moving forward. Senior Kyle Arthofer, senior Kyler Vanden Berge and freshman Will Sigwarth all shot 81s, while senior Nick Kaesbauer swung to an 87.